It was the kind of news that Chancellor Angela Merkel could have done without. Last week, an inspection team made up of representatives from the European Union, the International Monetary Fund and the European Central Bank left Athens early out of frustration. Greece, they found, isn't doing enough to implement the massive austerity package passed in the summer. Even simple steps haven't been taken, the group, known as the "troika," complained.

"If something isn't done immediately then no option will be excluded," the Süddeutsche Zeitung on Tuesday quoted an unnamed euro-zone source as saying. An anonymous European Commission source told the paper that "absent a strong troika report, we will see a national bankruptcy at the end of the month."

The timing for Merkel's government couldn't be worse. On Monday evening, her governing coalition held a test vote ahead of a crucial parliamentary decision later this month on extending the powers of the euro backstop fund, the European Financial Security Facility (EFSF). The result? Her majority is fragile indeed. Fourteen from her camp -- a coalition of her conservatives with the business-friendly Free Democrats -- voted against the reform and seven abstained. Her parliamentary majority is a mere 19 votes.

The vote, of course, is by no means an indication that the EFSF reforms won't be approved in the federal parliament, the Bundestag. The center-left opposition Social Democrats, after all, have indicated that they will likely support the law.

But it does show just how nervous many in Merkel's party have become about the worsening condition of the euro zone. Athens has fallen so far behind in its austerity measures that murmurings that Greece should exit the euro zone are no longer the exclusive domain of the political margins of Merkel's government coalition. During Monday consultations with her party, the Christian Democrats, Merkel said that the situation was "extremely fragile." At the same time, she also warned against Greece leaving the common currency, stating she feared it could trigger a domino effect "that would be extremely dangerous for our currency system."

Greece, though, was far from the only problem worsening the moods of politicians and investors in Europe. Italy too has proven a problem child when it comes to fulfilling austerity promises made, and the government of Prime Minister Silvio Berlusconi is not cutting a good figure as it scrambles to get the country's exorbitant debt under control.

The primary issue has been Rome's zigzagging as it narrows in on the details of a €45.5 billion ($64.5 billion) austerity package, which is to be voted on in the Senate, Italy's upper house of parliament, on Tuesday afternoon before moving on to the lower house. Several belt-tightening measures that were initially proposed by the Berlusconi government were quickly discarded in the face of protests. Italy's public debt stands at 120 percent of gross domestic product though its budget deficit is modest.

"We've known for years that something like this could happen, that our public debt is vulnerable and that speculative attacks are possible," Luca Ricolfi, a leading Italian political commentator from Turin University, told Reuters on Tuesday. "But these people are improvising. They're meeting in the evening and trying to do things in 24 hours that require two years of work and preparation."

Attention shifted to Italy's finances in July with an evaporation of investor confidence in the country rapidly resulting in skyrocketing yields on sovereign bonds, which eventually topped out at 6 percent. The European Central Bank stepped in to calm the situation by buying up Italian bonds in order to keep down the cost of Italian borrowing in international markets.

A Warning for Rome

But the confusing back-and-forth in Rome as Berlusconi's fragile center-right coalition tries to come up with an austerity package has tried the ECB's patience. On Monday, Mario Draghi, who will take over the reins of the ECB in November, warned Rome that the central bank's policy of buying bonds "should not be taken for granted." According to the Financial Times Deutschland, the ECB slowed purchases of Italian bonds on Monday, a move which was widely interpreted as a warning to Rome.

Financial markets too have been wary of Italy and, by extension, the entire euro zone. Stock indexes have plunged and risk premiums on Italian bonds have shot up. On Tuesday, yields on 10-year bonds was 5.6 percent, near the high in early August.

Berlusconi's austerity package as it currently stands is expected to pass the Senate despite a sweeping strike called by CGIL, Italy's largest union, which has paralyzed public transport in the country on Tuesday. But initial measures, such as a tax increase on the country's highest earners and a rise in the VAT tax were ultimately rejected for political reasons.

'Weak Point of the Euro'

Augmenting the difficulties are Berlusconi's ongoing scandals and legal troubles which have highlighted concerns that Italy lacks a strong leader to steer it out of crisis. Just last week, accusations emerged that Berlusconi paid half a million euros to a businessman to keep quiet in connection with the ongoing prostitution scandal -- which both Berlusconi and the businessman, Giampaolo Tarantini, deny.

Nevertheless, the mood in Italy is darkening. "Italy is today the weak point of the euro," wrote the Italian daily La Stampa on Monday. "Its weakness risks irreparably the whole European construction."

It is a mood which would seem to have spread to Berlin. 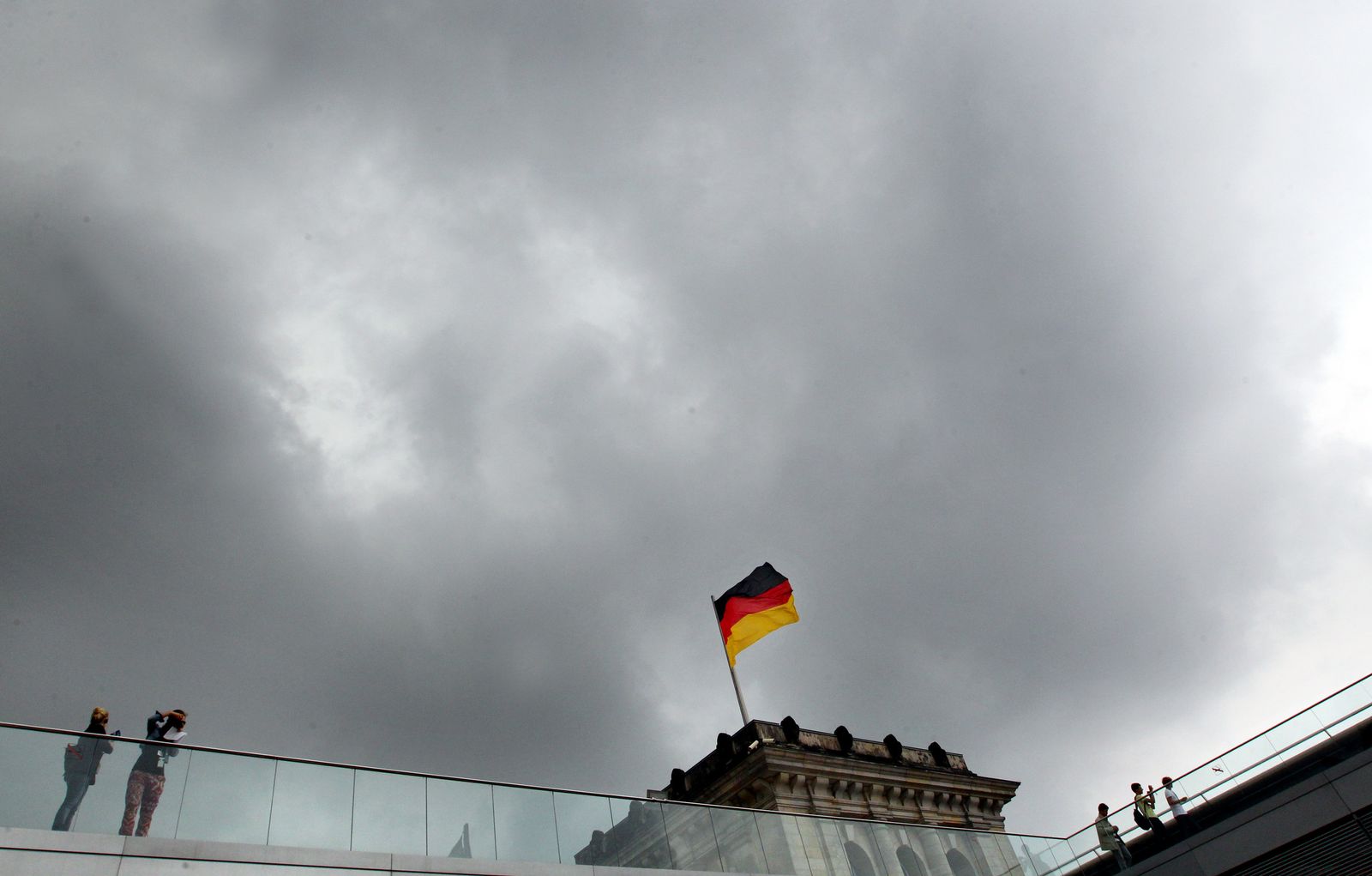