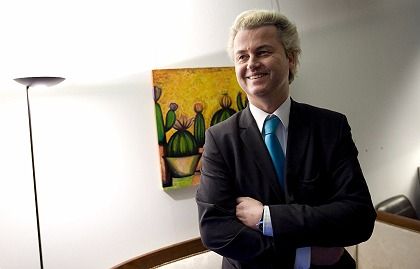 Last year, a Dutch public prosecutor decided not to take legal action against politician Geert Wilders for his anti-Islamic statements, which included calling the Koran a "fascist" book and comparing it to Hilter's "Mein Kampf." Wilders, a member of parliament with the populist Freedom Party (PVV), made headlines around the world in March 2008 with his film "Fitna," which juxtaposed verses from the Koran against a background of violent film clips and images of terrorism by Islamic radicals.

Dozens of organizations and individuals in the Netherlands wanted to bring charges against the politician, but the prosecutor decided that while painful to Muslims, his remarks were not criminal.

On Wednesday, Amsterdam's Court of Appeal disagreed and found that there was a case of inciting hatred to answer for, both because of the content of Wilders' remarks and the way in which it was presented. The judges said they had weighed Wilders' anti-Islam rhetoric against his right to free speech and ruled he had gone beyond even the normal leeway granted to politicians.

The court ruled that Wilders had personally insulted Muslim believers by attacking the symbols of Islam. The court found many of Wilders' comments to be offensive because they "harm Muslims in their religious esteem." The judges also described "Fitna" as being characterized by "biased, strongly generalizing phrasings with a radical meaning, ongoing reiteration and an increasing intensity as a result of which hate is created."

The court ruled that it is in the public interest to prosecute Wilders because, in a democratic legal system, a clear line must be drawn between hate speech and public debate.

Wilders said he was shaken by the court's decision. "I did not expect this, particularly as the prosecutor himself did not want to bring charges," he said. Wilders called the decision "an attack on freedom of speech."

Wilders believes he will be acquitted of the charges if he is put on trial. "This will only lead to long legal procedures," he said. "And it will cost a lot of money, which I do not have."

Gerard Spong, a prominent lawyer who joined Islamic groups in pushing for Wilders' prosecution, welcomed the decision. "This is a happy day for all followers of Islam who do not want to be tossed onto the garbage heap of Nazism," Spong told reporters in Amsterdam.

With his anti-Islam statements, has Geert Wilders merely exercised his right to free speech or has he committed discrimination? Join the discussion at NRC.nl/International.