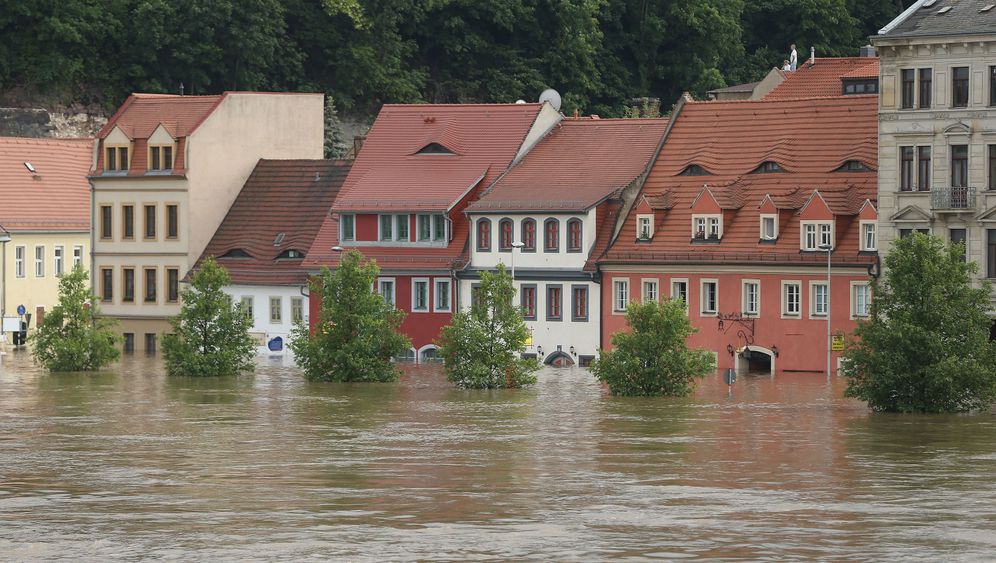 Many parts of Central Europe continue to grapple with heavy flooding, as high water from the Danube, the Elbe and other rivers have swept through the continent this week. As the floodwaters head north, parts of northeastern Germany, the Czech Republic and Hungary brace for peak water levels, while residents of Bavaria and Austria have begun to survey the damage.

At least 17 people have died so far in the flooding, with at least four others reported missing, the Associated Press said on Friday. Tens of thousands of people have been asked to leave their homes in the region, including over 700 in the eastern German city of Dresden, where the Elbe peaked Thursday at 7 meters (21 feet) above normal levels. Early Friday morning the situation was stable in the city, a spokesman told German press agency DPA. Chemical factories along both the Elbe and Danube rivers were shut down for safety reasons.

On Friday, thousands of people were evacuated from parts of Bitterfeld and the nearby town of Muldestausee, which are threatened by severe flooding. Many of the area's 10,000 inhabitants have already left the danger zone.

The eastern German states of Saxony and Brandenburg are also on high alert. "It's going to be very tight," a representative for Brandenburg's Interior Ministry told DPA on Friday morning. The Elbe is expected to peak in the town of Mühlberg over the course of the day. In the early morning, the river's water level was 9.86 meters, just short of the 9.98 meters it reached in the disastrous flood of August 2002, which caused widespread damage in eastern Germany and neighboring countries.

The waters continue to rise in Hungary, where thousands of soldiers and volunteers have been deployed for days to help reinforce dams and embankments with sandbags and build mobile dikes. In Nagybajcs near the Austrian border, the water level was measured at 8.86 meters on Friday morning, according to the AFP press agency.

The Danube flood should peak on Friday in Hungary and reach the capital of Budapest over the weekend. City authorities have made assurances that Budapest's Danube embankments, which date to the 1970s, will withstand the rising waters. Nevertheless, several hundred guests at hotels on Margaret Island, a popular park located in the middle of the Danube, have been evacuated.

Bavaria has the worst behind it. In the German city of Passau, the river reached levels not seen in more than 500 years before surging downstream to crash through a levee in the southern village of Deggendorf. Dozens of residents have had to be airlifted out of the flood zone when a second levee broke, engulfing entire neighborhoods.

After assessing the damage around Deggendorf from a helicopter on Thursday, Bavarian Governor Horst Seehofer said he was shocked by the extent of the flooding. "It is indescribably bad," he said.

The water level in Deggendorf remains critical Friday morning, while in Passau, where the water has begun to recede, residents have begun an unprecedented clean-up, facing vast fields of mud, uprooted trees, demolished cars and streets filled with sodden detritus.

In Magdeburg, in Saxony-Anhalt, the Elbe River passed a historic high water mark of seven meters. But while authorities expect it to rise further over the weekend, they say the levees are designed to handle this amount and extensive flooding is not expected. The German Weather Service has calculated that nearly 23 trillion gallons of water has fallen in Germany in the past four days.

The monetary costs of the flood damage will be substantial. Officials have only just begun to assess the fall-out, but at least €2 billion in damages is expected in the state of Saxony alone. Germany's opposition Social Democratic Party has called for several billion euros in aid to compensate for flood-related damage.

"When the high water recedes, the analysis of overall damages will begin. Then there will naturally be further help," the chancellor said while visiting the flooded town of Bitterfeld, in the eastern state of Saxony-Anhalt. While visiting the dikes around Bitterfeld, she also praised the initiative taken by residents, saying "it's wonderful what solidarity and standing together can do. One can be a bit proud of how it's all working."

Winfried Kretschmann, governor of Baden-Württenberg, said on Friday that the efforts of emergency workers and volunteers "is an expression of active solidarity."

Finance Minister Wolfgang Schäuble also pledged more aid on Thursday to supplement the €100 million already promised by Merkel. The German Association of Cities has said that the amount of aid pledged so far by the German government is insufficient to repair the massive damage caused by the floods.

The flood has also taken a toll on wildlife. Conservationists say that many newborn fawns and other vulnerable animals have been swept away by flood waters. According to the German Hunting Association, innumerable underground burrows of hares and rabbits are now water-logged and grassland birds have also seen their habitats decimated, DPA reported on Friday.