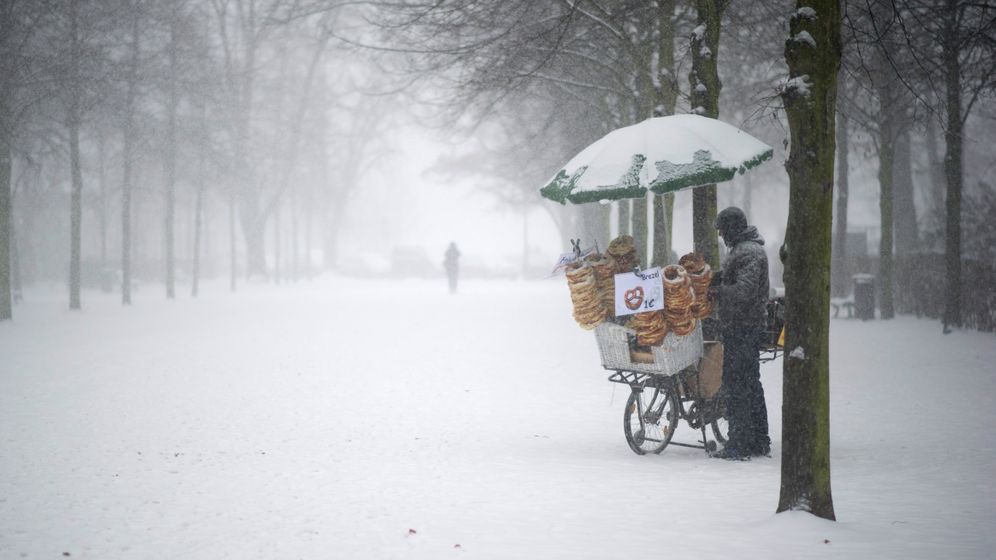 Christmas shopping in Germany, voting in Romania, travelling in the Balkans: There were many in Europe who had plans this weekend -- and many who had to cancel them because of the suddenly wintery weather that descended across the Continent over the weekend.

Much of northeastern Germany found itself blanketed in several centimeters of snow on Sunday with even more snowfall, frost and below-freezing temperatures foreseen for the rest of the week. And heavy snowfall across the Balkans -- including a storm in Zagreb, which left the Croatian capital buried by more snow than it has seen in 57 years -- brought life there to a standstill. At least six people died in the frigid weather in the Balkans over the weekend, according to news reports.

In Berlin, most families took advantage of the snow to head out for a bit of sledding. Elsewhere in Germany, though, the weather had more dire consequences. A 32-year-old man in the northeastern state of Mecklenburg-West Pomerania lost his way while wandering through a forest overnight into Sunday morning amid temperatures of minus 6 degrees Celsius (21 degrees Fahrenheit). The man used his cell phone to alert his brother and was saved.

German President Joachim Gauck had to spend hours in the Zagreb airport on Saturday after a visit to Croatia because foul weather forced the airport's temporary closure. In Romania, where voters elected a new parliament on Sunday, several polling stations were without power because of the weather.

On top of the heavy snowfall on Sunday, travel at several German airports was disrupted by hundreds of security personnel in Germany going on strike Monday morning over stalled negotiations on a new contract.

Meteorologists with the German Weather Service predicted more snow, ice and frost for the rest of the week, warning drivers of icey roads and highway closures. Temperatures are expected to drop further in the middle of the week.