When fire is approaching through the forest, says Juliane Baumann, you hear it long before you can see it. The flames crackle through the underbrush. The fire's power rips the leaves from the trees and sends them floating through the air. And if you do ultimately find yourself within sight of the flames, rising in a wall several meters high, you won’t have much time to escape.

Baumann, 43, knows what she is talking about. For the last five years, she has been working as a firefighter in Catalonia, likely the only German on the force. During that time, she estimates, she has seen around 20 forest fires per year. Some of them have been small, requiring the attention of just a couple of fire engines. Others, though, have been much larger, with hundreds of firefighters battling the flames around the clock as helicopters circle overhead and yellow firefighting planes swoop by.

Residents watching as a fire spreads near Tarragona in northeastern Spain.

The Catalonians are familiar with forest fires, but things don’t always turn out well. When five firefighters died battling flames in 2009, Baumann was working on the same fire. On another occasion, in the Catalonian province of Lleida, she had a close call herself. She and her team were taken by surprise and almost encircled by the flames. They only managed to escape with a fair amount of luck. Their vehicle and gear were singed by the flames.

This has been a historic year when it comes to the number and size of fires in Europe. In Italy, firefighters had been called out 44,442 times by August 7, mostly in Sicily, Apulia and Calabria. In Greece, hundreds of people had to be evacuated by ship to escape fires on islands, while flames have also approached to within just a few kilometers of Athens. More than 116,000 hectares have been scorched across the country and at least three people have been killed. Blazes have also torn through Turkey and the Balkans.

"We have seen that the forest fires in Europe are growing worse and worse,” Janez Lenarčič, the European commissioner responsible for humanitarian aid and crisis management, recently told DER SPIEGEL.

As such, the EU is planning to throw more money at the problem and buy new firefighting planes. Member states already maintain a fleet of 73 aircraft from Canadair, a Canadian manufacturer. The planes can land on both water and land and are able to onload six tons of water within just a few seconds.

Such measures are vital, but it will hardly be enough to prevent the outbreak of an increasing number of fires in the future. Furthermore, joint firefighting efforts only work as long as several countries aren’t battling flames at the same time.

Planes are a key tool in fighting forest fires, and the EU is planning on buying more.

That, though, is the future that Johann Goldammer, of the Global Fire Monitoring Center in the German city of Freiburg, sees for Europe. "We have seen that the forest fire season has already become longer,” he says. "Now, many countries experience forest fires the whole year through, even during dry stretches in the winter.”

Goldammer has been advising governments around the world for years. In Europe, he recommends the modernization of existing structures. He also believes that the owners of forested property and forest rangers must have the know-how to extinguish fires before the fire department arrives, and he would like to see disaster centers communicate more efficiently with public officials.

In 2018, Goldammer worked out a concept for the Greek government, then under the leadership of Prime Minister Alexis Tsipras. It envisioned a national fire protection strategy and more responsibility for the forest service. But the plan was never implemented. Other countries, too, have found it challenging to do much more than just buy more and newer equipment. But time is running out: Fires across the continent have been increasing both in size and number.

Ukraine was hit by several severe forest fires in 2020, like this one near Luhansk.

In Ukraine, it apparently took a catastrophe to spur the improvement of fire-protection measures. Last year was a bad one for fires in the country, with the flames even approaching the reactor ruins in Chernobyl. This year, though, the number of fires has been far lower.

Some of that was luck, to be sure, but it was also the result of significant improvements, says Sergiy Zibtsev, a forestry professor in Kyiv. "The greatest success is that there were no huge fires this year that destroyed villages. Nobody was killed.” Penalties for arson have become stricter, he says, training has improved, there is more video surveillance and new vehicles have been acquired. He says that a new risk index has also helped improve the assessment of fire danger.

In many countries, massive fires aren’t just a product of climate change, but also of rural depopulation. In areas on Europe’s periphery, where fields used to be regularly planted and trees felled, high grass now frequently grows and the undergrowth is becoming thicker. That, too, helps fires expand, say experts. "With some fires, we could hardly get through because everything had become so overgrown,” says Baumann, the German firefighter in Catalonia.

Spain has now taken steps to address the problem. Fire breaks – strips of land where vegetation is removed to rob fires of fuel – are now to be created in places where the fire danger has been especially high in recent years. "Our colleagues set fire themselves to create these fire breaks,” says Asier Larranaga, an inspector with the Catalonian fire department.

Brush fires like this one have become increasingly common in Catalonia.

But the method isn’t helpful everywhere. In rocky terrain and remote regions, fires are virtually impossible to control.

For one such area, though, a rather different kind of strategy is being explored: sheep. The animals are perhaps the most unexpected tool in the battle against fire, but they have the advantage of being a cost-efficient way of controlling proliferating undergrowth. Indeed, they might even produce a profit. As in earlier times, the animals are to be driven through the forest instead of just spending their time in grassy meadows.

A herd of sheep in a forest near Vallgorguina, Spain.

In Vall de Lord, a remote mountain valley in the Pyrenees of northern Catalonia, some hope that using animals to lower the risk of fire could also create jobs. The plan envisions hiring four forestry workers who would then train unemployed locals – and together, they would maintain the forests. Goats and sheep would be used to limit the undergrowth, and the organic milk and cheese they produce could be sold to tourists, with the increased revenues potentially helping to slow depopulation in the region.

The concept could prove far more helpful to some regions on the long term than the acquisition of new vehicles and firefighting equipment. It could also be applied in Sicily or Greece.

The ideas from Vall de Lord could also lead to a reexamination of fire control techniques in the German state of Brandenburg. Juliane Baumann wrote her final thesis on Brandenburg fire protection at the Eberswalde University for Sustainable Development.

During her time at the university, she learned that the number of dangerous fires has also long been on the rise in Brandenburg as well. And here, too, depopulation has left its mark. There is a lack of recognition of the problem in many places, and when fires do break out, volunteer firefighters are often on their own. Furthermore, many villages are located in the middle of the forest and don’t always have a functioning hydrant, says Baumann.

There is also a lack of equipment in many places. Adding to the problem, says Baumann, is that the heavy protective equipment worn by firefighters in Germany is simply too heavy for fighting forest fires. In Spain, for example, lighter equipment has been developed to make it slightly easier for firefighters, who often spend several days battling a blaze. Water supplies also tend not to be a problem in Spain, despite the aridity.

In Brandenburg, says Baumann, the idea of lowering the fire risk through forest grazing is still an unknown concept. Shepherds would hardly be able to survive without state subsidies, while owners of forested property often see farmers as competitors rather than as neighbors, Baumann says. Fire protection often ends at the property line.

Baumann hopes to turn the approaches being tried out in Catalonia into a pilot project at the university in Eberswalde. If possible, before the next fire season. 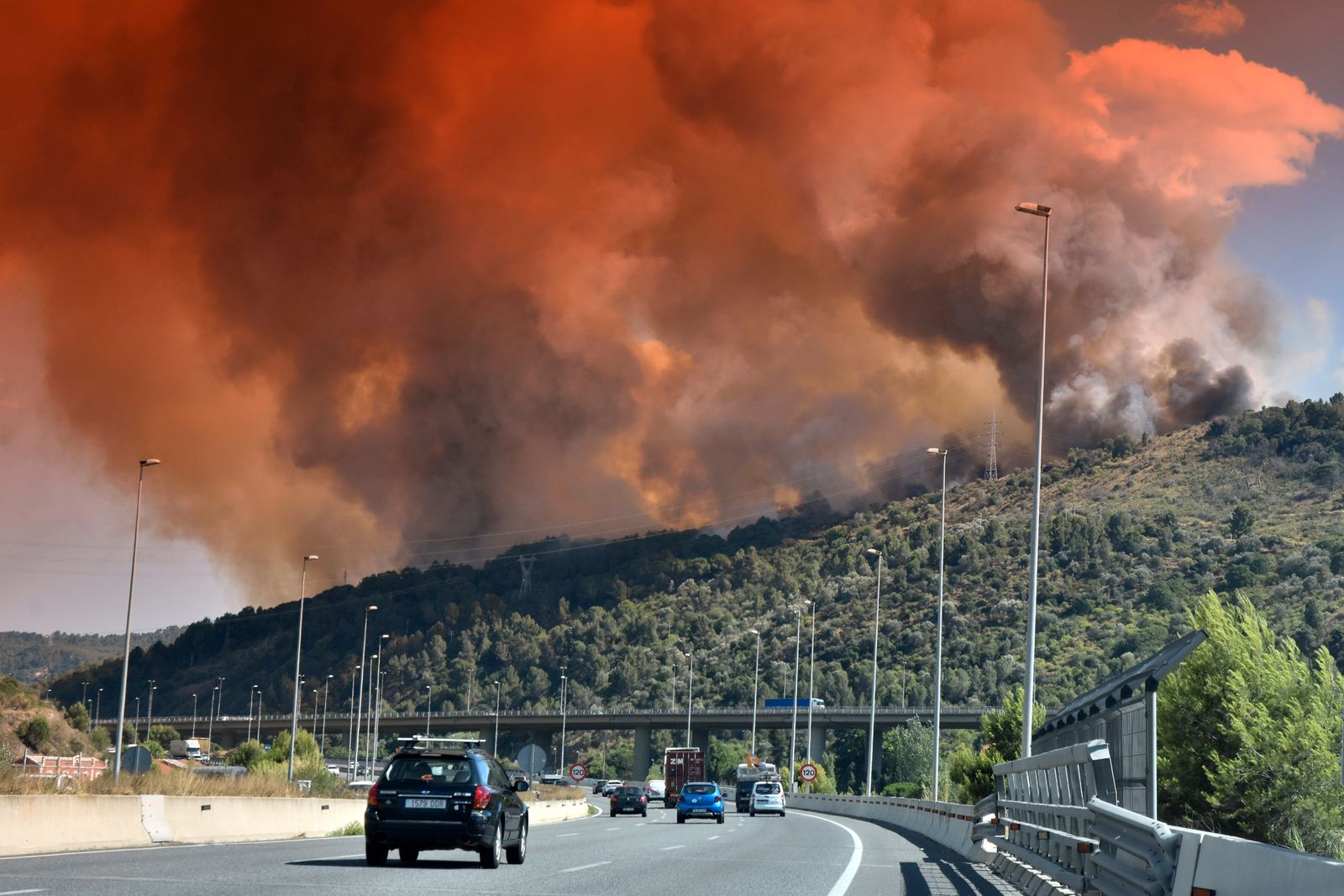 A cloud of smokes rises from a brush fire in Catalonia. 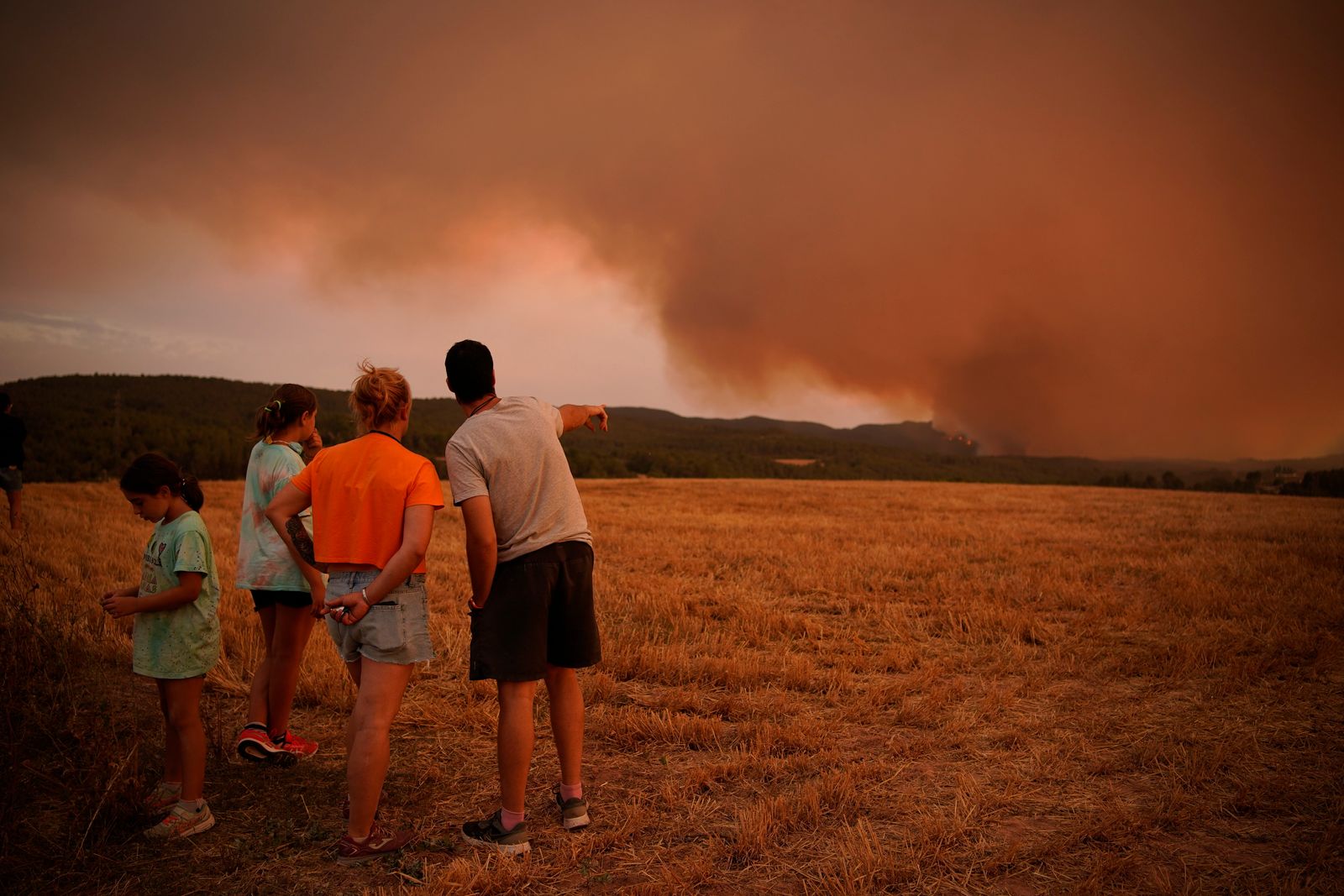 Residents watching as a fire spreads near Tarragona in northeastern Spain. 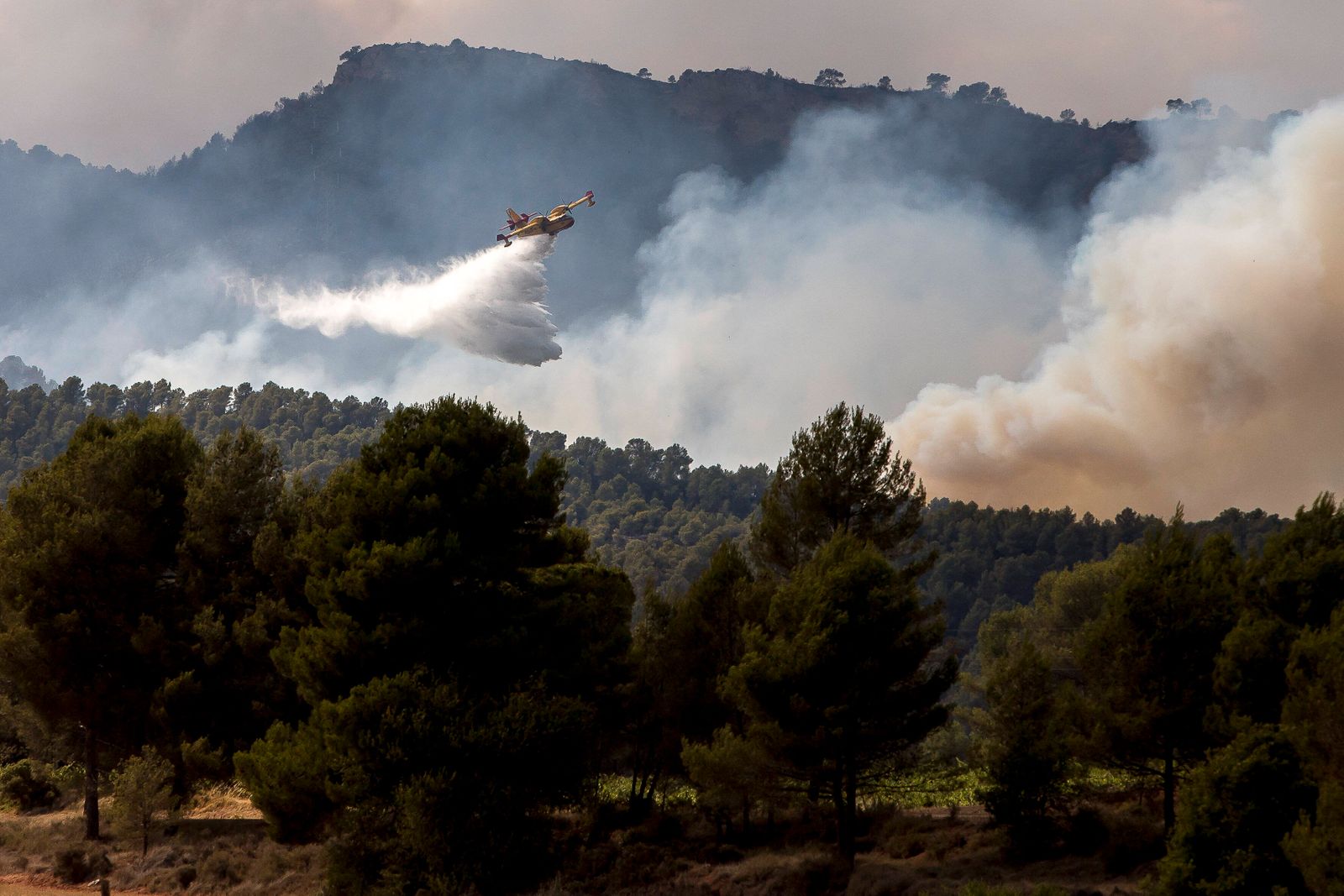 Planes are a key tool in fighting forest fires, and the EU is planning on buying more. 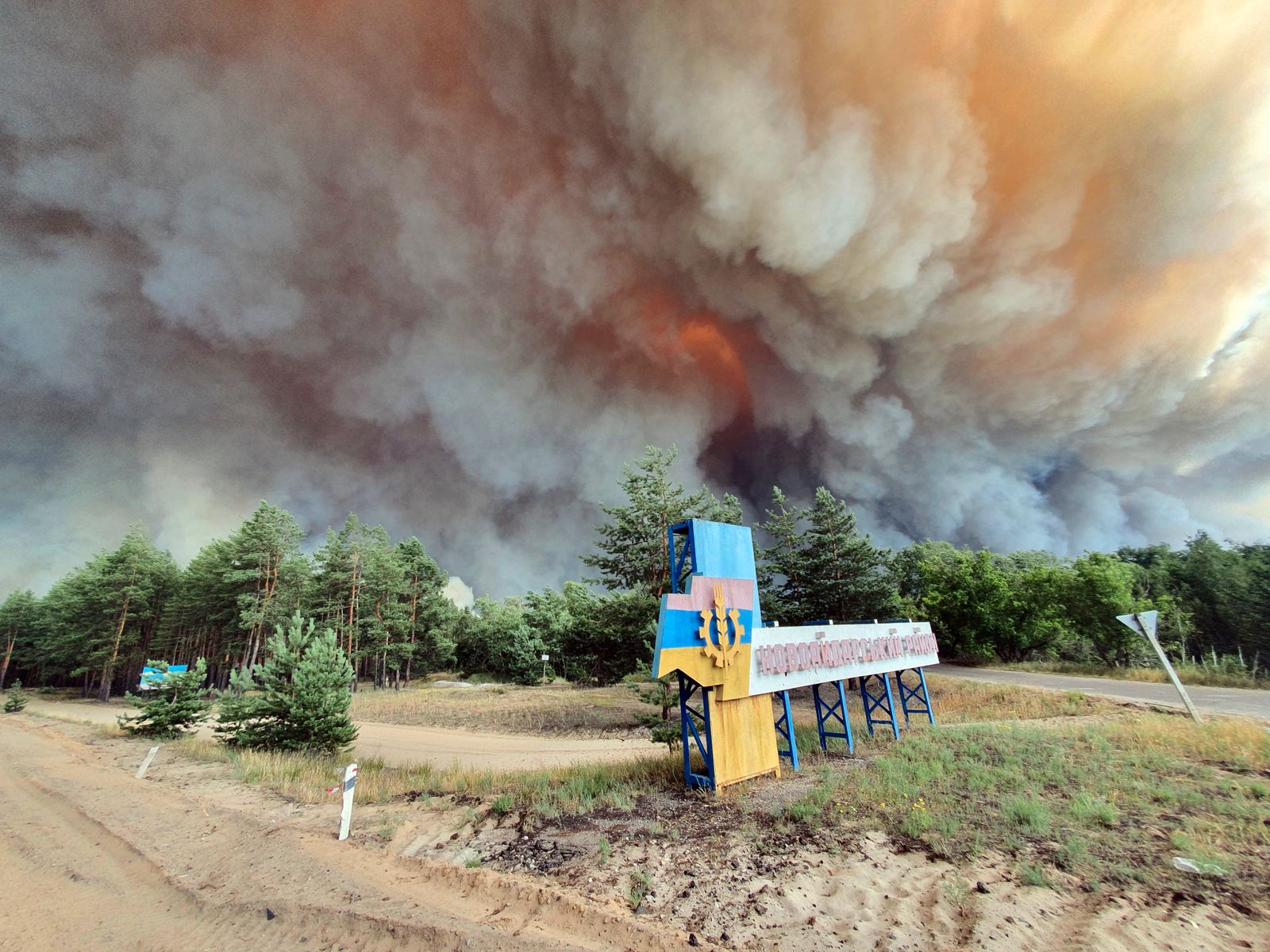 Ukraine was hit by several severe forest fires in 2020, like this one near Luhansk. 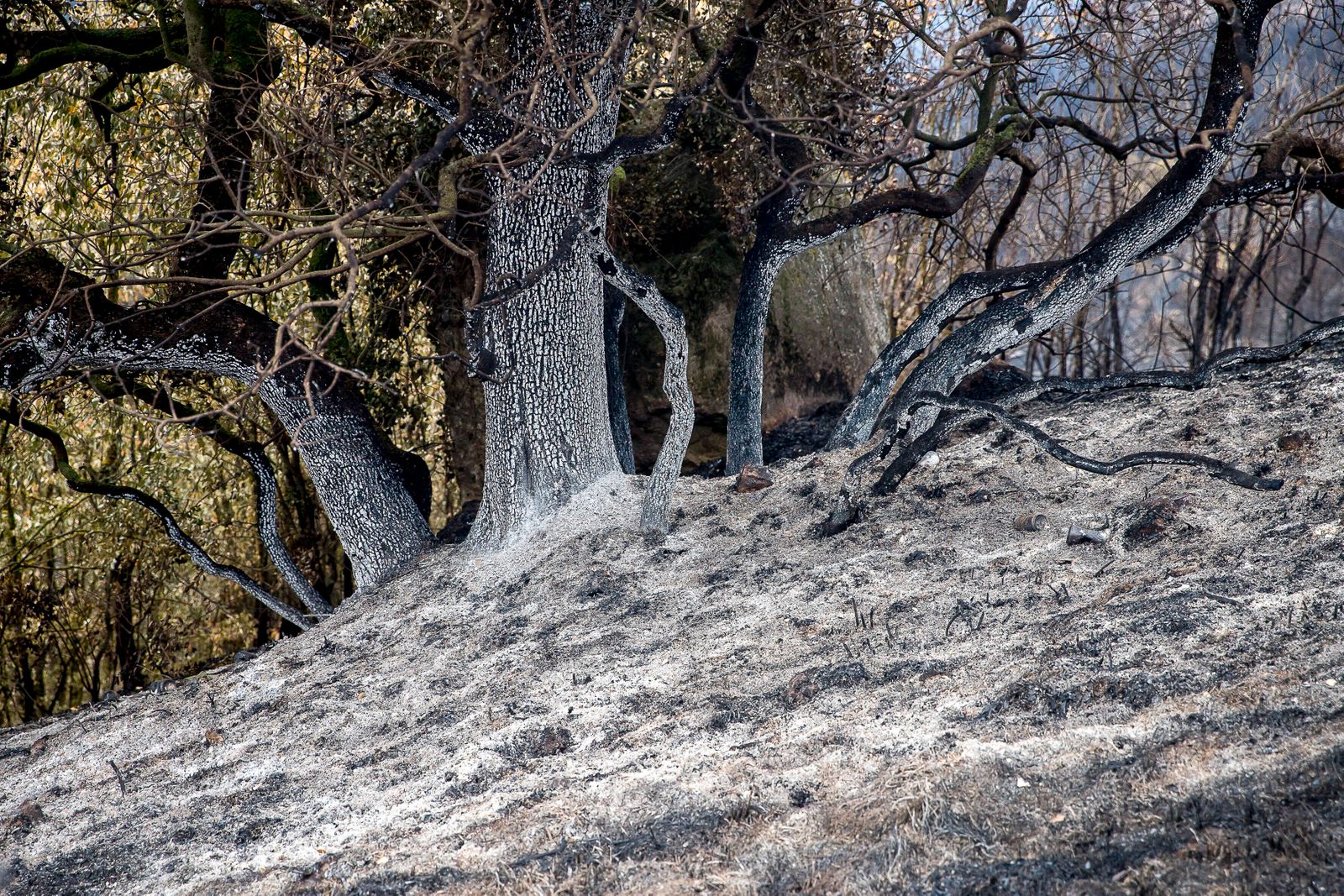 Brush fires like this one have become increasingly common in Catalonia. 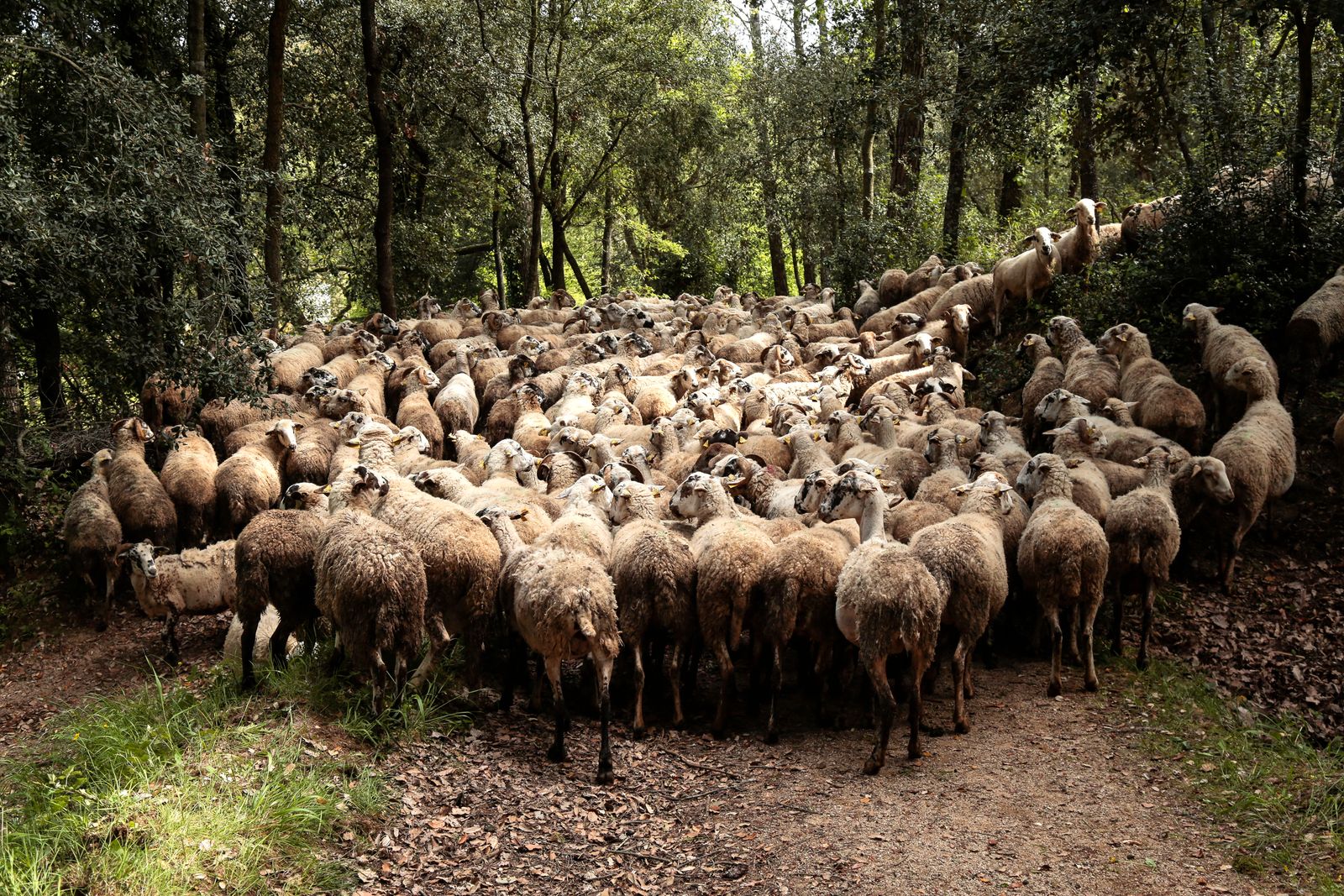 A herd of sheep in a forest near Vallgorguina, Spain. 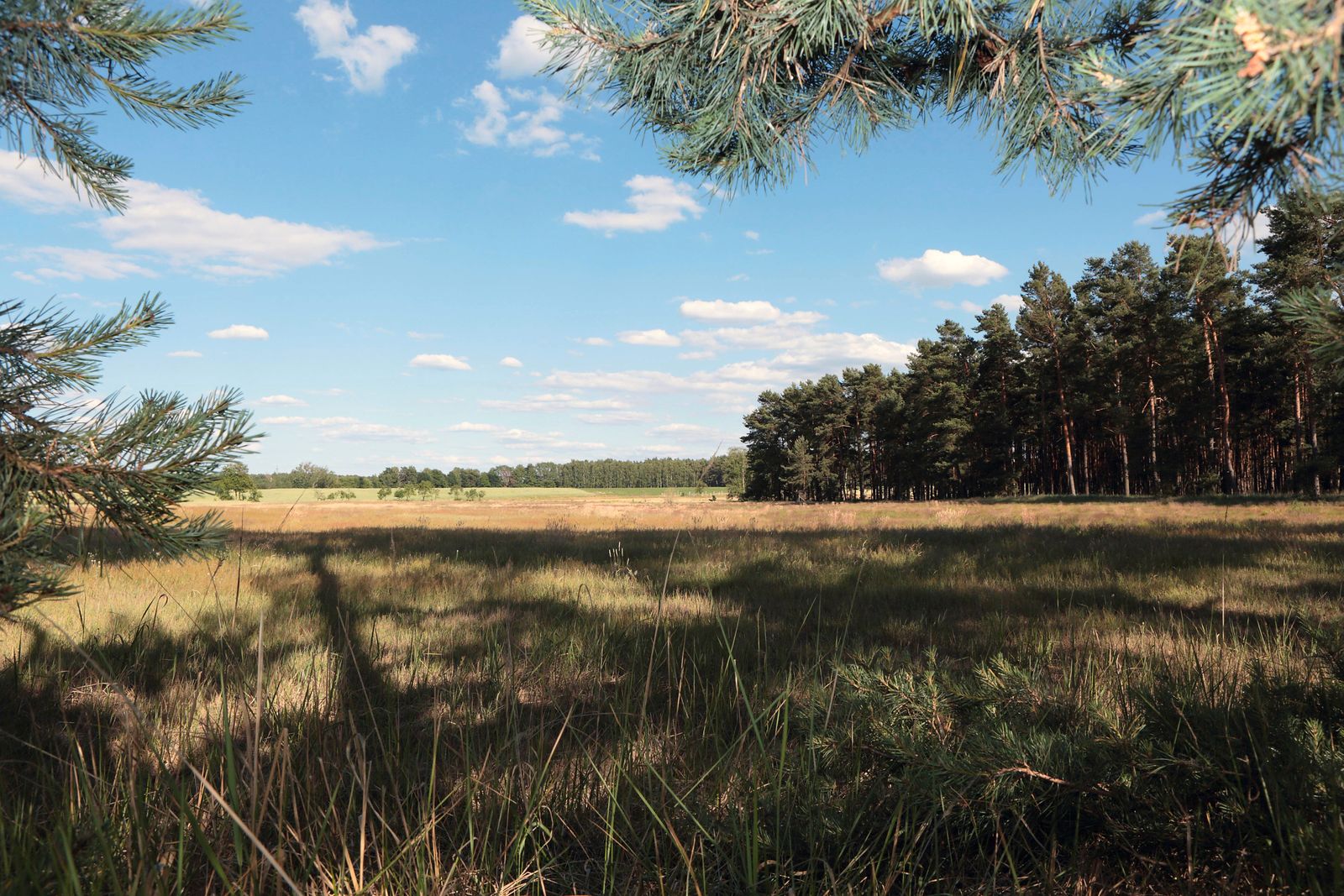