It was the photo that paparazzo Sébastien Valiela had been dreaming of for a whole year. Sitting in a café last January, he told colleagues from the French daily Le Monde: "If someone succeeds in photographing François Hollande and Julie Gayet together, it will be the ultimate coup."

By then, Valiela had known for months that the French president was having an affair with the actress.

Shortly after Christmas, he staked out a position on a staircase opposite the apartment in which the two meet and waited. A colleague of his positioned himself on the street just across from the elegant townhouse in Paris' 8th arrondissement whose blue door is now known around the world.

Valiela enjoys working in tandem. "It increases the chances of success and also enables shots to be taken from multiple angles," he says. A short time later he snapped Hollande on a motor scooter.

This isn't the first time that paparazzi photos have proven dicey for a French president. In 1994, paparazzi succeeded in taking the first ever photo of President Francois Mitterrand and Mazarine, the daughter he sired out of wedlock. Many had known about Mitterrand's secret life, but until the photo came out, they had kept mum about it.

"If only the French ran America …" Britain's Economist wrote satirically this week, Barack Obama would be having an affair with Jennifer Aniston, the Secret Service would deliver bagels to the couple in Ms. Aniston's flat and 77 percent of Americans would believe that the "president's private life is his own business." Neither would voters, the magazine continued, be put off by the fact that he had previously sired four children with his long-term partner Hillary Clinton, a woman he never married.

Meanwhile, the latest rumors making their way around Paris are that the affair between Gayet and Hollande has been going on for two years. It is said that she even introduced the president to her grandmother and that the actress is expecting his child.

The liaison came as a surprise -- so much so that it has virtually eclipsed the other major surprise that swept through France last week and which ought to have been given considerably more attention.

After considerable procrastination, Hollande finally carried out the most decisive reversal of his term last Tuesday by announcing comprehensive economic reforms. It represents a radical renunciation of his Socialist Party's election platforms. Speaking in front of 600 journalists gathered at the Elysée presidential palace, Hollande said the reforms represented "likely the biggest social compromise in decades."

"Whatever he does," French Foreign Minister Laurent Fabius said recently, "it will never be that which is expected."

Henrik Uterwedde of the German-French Institute (DFI), a think tank in Ludwigsburg, Germany, that focuses on ties between the two countries, said the steps meant that Hollande had finally faced up to reality. "After these announcements, it would be very difficult for Hollande to reverse course," Uterwedde says.

For far too long, France had hoped that global economic forces would somehow retreat, as if it were some kind of illness that might eventually go away. The country seemed to withdraw from economic reality, reacting to the ever closer intertwining of international economies by instead focusing on increasing the size of government.

Whereas the Germans made their labor market more flexible, lowered taxes and reformed the social system, the French economy instead further deteriorated. Unit labor costs, an important indicator of international competitiveness, have risen by more than 20 percent since 2000. In Germany, the same indicator hasn't even risen by 10 percent. France has since become the EU country with the second-highest unit labor costs, trailing only Sweden.

The French also have the greatest amount of freetime in Europe, creating another burden for businesses. The French work 680 hours each year per capita; Germans work around 100 hours more. Still, expensive workers aren't the only problem for French companies. Because the government seeks to solve problems of its own making through additional expenditures and job-creation programs, government spending in France represents the highest share of GDP in Europe: over 55 percent.

A big government and lagging competitiveness -- the result has been chronic weakness in growth and employment. There are few other countries in the EU whose industry has been responsible for creating as little added value as France. That's why Hollande's announcement that companies will be freed of steep taxes and red tape is a step in the right direction. It's the only way new jobs can be created.

Within the German government, Hollande's ideological U-turn has been greeted with a sigh of relief. Chancellor Angela Merkel was aware that the French president has recognized the need for reforms for some time. She was just waiting for him to finally act on that knowledge.

But the fact that Hollande has now so clearly expressed the importance of the German-French relationship took leaders in Berlin by surprise. "This could make things easier in Europe," one member of Merkel's cabinet said. "Still, it will remain difficult to find common positions."

This is partly because the very areas in which Hollande would like to see greater cooperation are ones where many Germans believe there will be no quick fixes. Take defense policy for example. On this front, Merkel is prepared to work more closely together. In return, when it comes to Paris' military missions in Africa, for example, she wants France to "coordinate with us instead of demanding afterwards that we participate," says one high-ranking government official.

Hollande also suggested a harmonization of corporate taxes, but a Franco-German working group has been addressing the issue since 2010. And it looks as though these talks will continue for a long time before any agreement is reached. Officials inside Germany's Foreign Ministry are hoping to agree on the language of a paper at upcoming German-French Consultations of high-ranking government members on Feb. 19, setting the tone for greater cooperation.

It remains to be seen whether the French president can succeed in creating reforms as sustainable as those pushed through by former German Chancellor Gerhard Schröder. His Agenda 2010, a package of structural reforms that, among other things, curtailed long-term social welfare benefits and cut unit labor costs, is widely credited with helping transform Germany from the "Sick Man of Europe" to its biggest economic success story. Schröder himself promised parliament in 2003 that Germany would "have to cut social payments made by the state, promote individual responsibility and demand more effort from everybody." The statements came long before the real work had been done, namely the implementation of tough reforms and the highly divisive Hartz IV laws that resulted in the curtailing of long-term unemployment welfare and other benefits.

If Hollande truly wants to slash billions from the French national budget, then he, too, will have to implement tough measures. This applies not only to the country's generous cradle-to-grave social welfare system, but also to the country's bloated government administration. And those steps alone won't likely be enough.

In France, it has long been taboo to liberalize the labor market or to curtail jobless benefits. Both of those measures were central components of Schröder's Agenda 2010, and they were considered to be the driving forces of Germany's job-creation miracle. If Hollande attempts to push such reforms through, it's likely he will first have to survive the persistent protests that would likely ensue.

But Hollande has already shown that people often underestimate him and that the French are capable of things that neither the Americans nor the Germans can do.

Could one possibly imagine Angela Merkel driving a scooter at night to visit her paramour -- say, German actor Til Schweiger? 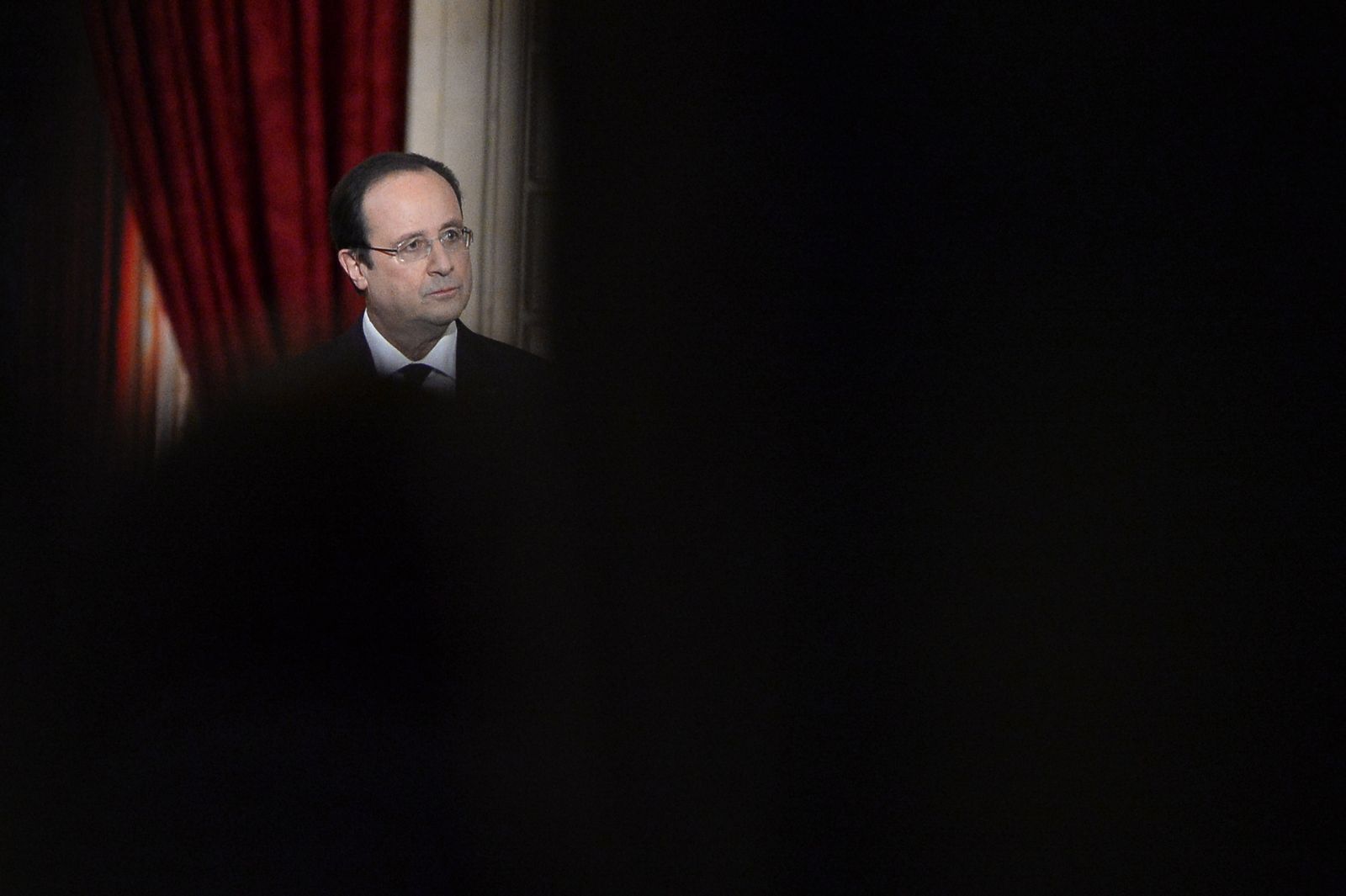