The Palais Bourbon, seat of the French Parliament, is a neo-classical edifice resplendent with magnificent features: Beneath the dome, which recalls that of an opera house, are 577 seats, each covered with fine red fabric. Now, though, the plenary hall's color is to veer decidedly toward pink. In the second round of parliamentary elections on Sunday, President François Hollande's Socialist party (PS) won some 320 seats in the 577-seat National Assembly, France's lower house of parliament.

Following rising support for the PS in municipalities, cantons and regions of the country and the conquest of the upper house, the Senate, last year, Hollande's party now has an absolute majority in the lower house with more than one hundred more seats than the conservative opposition. Three years after critics declared the Socialist Party dead, the party has scored a historic result. François Hollande now has the broad, solid majority he wanted for his five-year term.

He will need this secure footing. France, shaken by the financial and economic crisis that has brought Greece and Spain to the brink, is groaning under a mountain of debt, shrinking growth and a record unemployment rate of 10 percent. The head of state, expensive campaign promises notwithstanding, will now strive for a balanced budget and has committed to reduce the budget deficit to 3 percent of GDP -- as required by European Union treaties -- by 2017. Yet tax hikes for the rich, as he has promised, will not be enough.

Indeed, the time is slowly coming when Hollande must level with his countrymen. To save more than €20 billion ($25 billion) per year, the president will need to implement draconian cuts, affecting all sectors of society and likely sparking disappointment among left-wing voters and the unions.

Such a dramatic overhaul of French society will be a daring act but Hollande's absolute majority lends him legitimacy. In addition, he is boosted by the support of the Greens, which obtained around 20 seats.

The opposition, meanwhile, is weakened; just five years after their triumphant result in 2007, the conservative "Union pour un mouvement populaire" (UMP) has suffered a bitter defeat. The alliance of Republicans and Gaullists, who under Nicolas Sarkozy occupied more than 340 seats, lost more than a hundred of them. Their defeat promises to intensify the leadersip struggle within the UMP party.

Also sidelined is the "Front de Gauche" (FDG), the strategic alliance of Communists and leftists, led by Jean-Luc Mélenchon. The FDG entered the campaign as a counterweight to Marine Le Pen's right-wing Front National, but suffered a difficult setback in the first round of balloting last week, ending its hopes to expand the alliance into a broad popular movement. In the end, FDG managed a dozen seats at the most.

Le Pen's Front National, however, is quietly pleased with the Sunday results. For the first time since 1986, when the party of Jean-Marie Le Pen sent 35 deputies to parliament, the right-wingers found their way back into the Palais Bourbon, winning three seats.

Though she herself lost her election battle, the Front National success belongs to Marine Le Pen. The daughter of the party's founder has replaced the Front National's radical, anti-semitic image with that of a modern party, an advocate of those neglected by society. She is also a vocal opponent of immigration and of the euro. Marine Le Pen can console herself that her niece, Marion Maréchal-Le Pen, was elected in the southern Vaucluse. The 22-year-old is likely to be the youngest deputy in parliament, following in the footsteps of her grandfather, Jean-Marie, who, in 1956, took a seat in the National Assembly at just 27.

Turnout was a mere 56 percent, a drop of some 10 million voters against the presidential election held a month ago. The only exceptions were those constituencies where there were tightly fought second rounds. For example, in La Rochelle, where Ségolène Royal, former partner of France's new head of state, was beaten by a Socialist rival. Royal, who lost the presidential race against Nicolas Sarkozy in 2007, now has to give up her bid to become parliamentary president as well.

Despite the Socialists' broad-based success, the PS leadership avoided ostentatious celebration. While Hollande prepared for the G-20 summit in Mexico and a visit to Brazil, party head Martine Aubry spoke of a "good victory for France." Aubrey continued: "Tomorrow it's back to parliament to get to work. We have big plans." 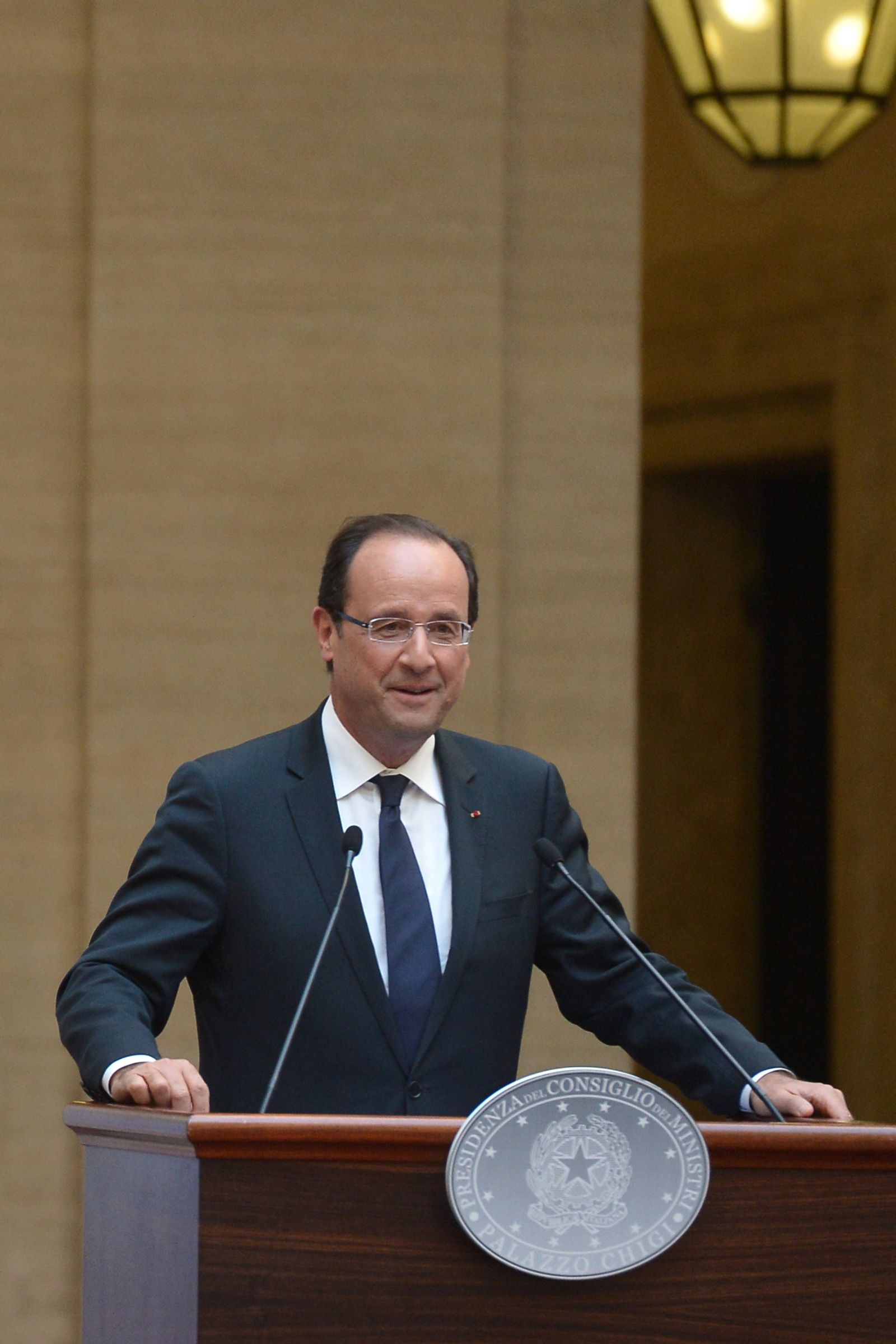