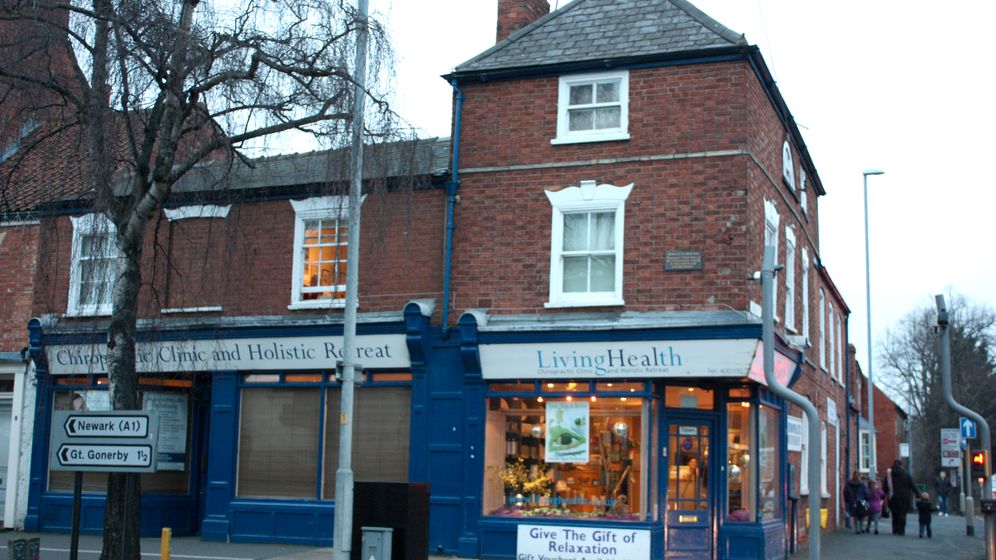 "The photographer is waiting," says Ray Wootten, as he opens the door to his car. "Photographer?" I ask, bewildered. I'm in Grantham, Lincolnshire, to explore the hometown of Britain's first -- and only -- female prime minister. But before I can get started, I've been roped into a local campaign led by Ray Wootten, Grantham's erstwhile mayor. He wants to erect a statue of Thatcher in the center of town and is taking every opportunity to promote his cause. "The local paper wants to write an article about your visit," he tells me.

A few minutes later, we're in the mayor's parlor in the Victorian, Neo-Gothic town hall. The photographer asks us to shake hands for a picture. Behind us is a wall hung with portraits of Grantham's mayors, as well as one of the town's famous daughter, Margaret Thatcher. A reporter with the Grantham Journal is waiting next door in the Grantham Museum. He wants to know how Thatcher is seen in Germany.

The way she is viewed locally is perhaps more to the point. Few traces remain of the famous politician here in Grantham, home to a population of 35,000. Thatcher might have shaped modern Britain, but "the Grantham people were never proud of her," says her former classmate, Christine Mary Cooper, now 90. "They look for all the mistakes she has made. I always have to defend her."

Margaret Hilda Roberts was born in North Parade, where her father Alfred Roberts owned a grocery store. Today, her former home houses a chiropractic clinic and holistic retreat. The only reminder of its earlier, esteemed inhabitant is a plaque on the wall identifying the house as the birthplace of "The RT. Hon. Margaret Thatcher." At the medical center, they frown on tourists who want to see the Iron Lady's childhood bedroom. Today, it's used for massage therapy.

There's not much more to be found in the Grantham Museum. Just one cabinet is devoted to the life and times of Margaret Thatcher. The exhibits include a pair of blue heels, dated approx. 1985, a signed autobiography with a handwritten inscription: "From this town I learned so much and am proud to be one of its citizens." And of course a handbag. Thatcher was never seen without one, famously banging on the table with it and thereby bequeathing the world the term "handbagging." She probably never used this particular one to make a point -- it's made of crepe.

As a Tory himself, Wootten strongly believes that Thatcher deserves more local recognition. Known as "the grocer's daughter from Grantham," she lived here until she left to study chemistry at Oxford. The town council member wants to see Grantham erect a larger-than-life statue on the market square. There's already a statue of physicist Isaac Newton, who went to school here. But Wootten's plan has met with resistance, even from Conservative Party members of the town council. The majority of locals are not well-disposed to the former prime minister, says Wooten.

The monument already exists. The House of Commons is willing to give Grantham a two-and-a-half meter marble statue currently in storage.

But the town council is worried about possible expense. "The white marble poses problems," says Jayne Robb, manager of the Grantham Museum. "If we put it into a public place, we'd be painting it every day." With its white surfaces, she points out, it would be an open invitation to vandalists -- and there are certainly enough Thatcher haters here to make that a potential problem. Robb would prefer to see the statue placed in the lobby of the museum, although it would still need guarding even there.

Her caution is not misplaced. The marble statue has already been the subject of abuse in the past. It was unveiled in May 2002 by Thatcher herself at the Guildhall Art Gallery in London and survived just two months before a theater producer beheaded it with a metal pole. He thought it looked better that way, he said later. The head is back where it belongs, but the statue has been homeless ever since.

"The statue will be here," says Robb. "Once Thatcher passes, there'll be a groundswell for a statue." Prime Minister from 1979 to 1990, Baroness Thatcher is now 87 years old and leading a reclusive life in London. She suffers from dementia and is admitted to the hospital on a regular basis.

"When she passes away, the interest in Grantham will be huge," says Robb. She's already planning a major exhibition. "We have many of her possessions in storage," she says, but the museum lacks the funds to exhibit them. Nevertheless, Robb recently launched an oral history project, which sees people who knew Thatcher recording their memories of her. She's also started stocking up on Thatcher souvenirs for the museum shop.

"We don't want a shrine," says Robb. "But we want to depoliticize her and hold her up as a local figure." For now, this British pioneer of neo-liberalism continues to polarize. People either love her or hate her. In Jayne Robb's opinion, the museum's job is simply to showcase her life and times as objectively as possible.

"We have Newton and we have Thatcher. We need to promote both of them," she says.