In the end, Axel Weber was wise enough to see it coming. The outgoing Bundesbank president was probably the first to realize that he would have no chance in a fight against Mario Draghi for the top post at the European Central Bank (ECB). Weber therefore quit the running early on -- in February, he withdrew as a potential candidate for the chairmanship of the ECB.

German Chancellor Angela Merkel is now looking at the situation in the same way as Weber did back then. The chancellor must be well aware that Draghi will likely win the ECB election race in the fall. Admittedly, nothing can happen without Germany's consent, but lacking her own candidate, Merkel has little choice but to support Draghi, especially after French President Nicolas Sarkozy backed the Italian on Tuesday. "I assume that Mr. Draghi will be the joint candidate," says Volker Wissing, financial policy expert with the business-friendly Free Democratic Party.

The question is now: What will Merkel demand for her acquiescence? The chancellor will certainly not support Draghi for the job without getting some trade-offs in return. But what will they be?

France Won't Get Its Way Cheaply

What's certain is that Sarkozy and his European allies will pay a high price for getting their way. With his decisive support for Draghi, the French president has revealed his hand to Merkel all too clearly. The chancellor will now have to present her key demands, according to sources in the ruling coalition government. These could relate to, for example, a greater say for Germany within the European Central Bank and, in particular, determining the final version of the euro stability rules.

Berlin politicians emphasize that, as the largest economy in Europe, Germany has a special say in important personnel discussions. In return for approving Draghi's candidacy, therefore, Merkel must insist on "a prominent role" for the ECB's German chief economist Jürgen Stark on the executive board of the central bank, says FDP politician Wissing. His party colleague Frank Schäffler goes even further: "A minimum requirement is that Germany be permanently represented on the board."

As the largest donor to the ECB, Germany already has a big say at the central bank, and Merkel is likely to demand even more. At the upcoming EU summit, she should lobby in particular for amendments to the European Stability Mechanism (ESM), says Wissing. "The danger that Germany will have to pay for Europe's debtors must be overcome," adds Frank Schäffler.

Mario Draghi as ECB president in exchange for greater financial security for Germany -- that could end up being the deal. That the German government would like to push up the price in the game of European poker is made clear by official statements from Berlin. The aim is to keep its European partners in suspense for a while. Whether Germany will join France in supporting Draghi's candidacy has not yet been decided, says government spokesman Steffen Seibert, explaining that a candidate will be backed in due course. A decision will not be taken until June, when the European Council meets, he said. But he adds: "Without German consent, no one will get to the top of the ECB."

Regardless of the political theater, Berlin can have little doubt about the suitability of Draghi to take on the role. Currently the head of the Italian central bank, he has been making a name for himself internationally for years. From 1984 to 1990, he was executive director of the World Bank, before working as a professor in Florence. Later, he was the European head of Goldman Sachs in London. Prominent US economist Nouriel Roubini is said to be a fan of Draghi, and former German Finance Minister Peer Steinbrück has also praised the Italian. Current Finance Minister Wolfgang Schäuble has likewise already settled on Draghi as his preferred ECB candidate, the Handelsblatt wrote recently.

They all know that the future head of the ECB will need to step into the job with bags of experience. Tough tasks are awaiting him, including a possible debt restructuring in Greece, which is looking increasingly likely, and maybe even in Portugal. And the financial future of other debt-stricken southern European countries like Italy and Spain is not secure, either.

The price of German acquiescence regarding Draghi will be particularly high precisely because he is a central banker from a heavily indebted country. "In absolutely no case" should "this Italian" become president of the institution that "administers the legacy of the stable deutschmark," thundered the populist German tabloid Bild recently. The newspaper also suggested that Draghi, in his time at Goldman Sachs, helped the Greek government to fudge the balance sheets and conceal the truth about its disastrous budget problems. Even if the banker denies this, Merkel must find effective ways of convincing Bild readers of Draghi's suitability.

But politicians in Berlin also fear that the ECB in Frankfurt could in future pursue a soft monetary policy. "We need someone who represents the German culture of stability," says Wissing. Klaus-Peter Flosbach, financial spokesman for the CDU/CSU parliamentary group, says that the candidate's qualifications are crucial. "He must guarantee a stable monetary policy."

Merkel's Chancellery, too, has listed four requirements that it sees as vital when choosing the person for the job:

• The candidate should have international experience, says spokesman Seibert.

• "Someone is sought who shares our beliefs about currency stability," Seibert said.

• Furthermore, the new president must continue the ECB's important role in dealing with financial crises.

• He must be prepared to formulate wide-ranging reform measures for struggling euro-zone members.

But Seibert leaves the crucial question open. He does not say whether Draghi fits these requirements. 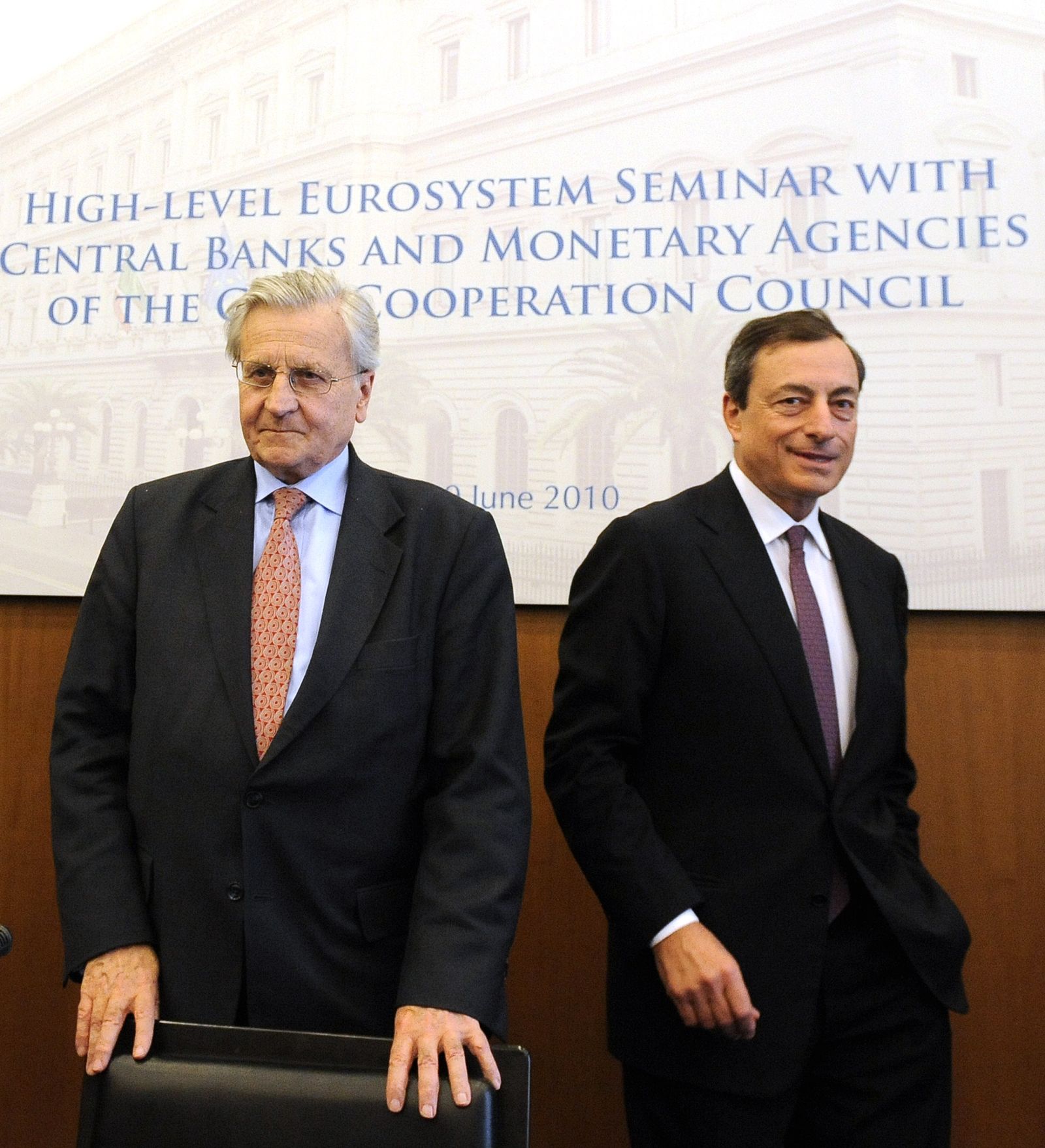