In early January, the British parliament debated one of the country's most pressing problems. Philip Alston, UN Special Rapporteur responsible for extreme poverty, had made a harsh accusation against the United Kingdom's government at the end of last year. After a two-week journey through the fifth richest country in the world, Alston, who mostly focuses on Africa and Central America, had argued that Theresa May's government had systematically pushed countless British citizens into poverty. He said, "this is not just a disgrace but a social calamity and an economic disaster, all rolled into one," and went on to also highlight the country's rising child poverty rates.

This accusation had to be addressed. When the debate in the lower house took place on a Monday evening, only 14 of the 650 parliamentarians were present in the Commons Chamber. The minister responsible sent a deputy in her place. He promised to take Alston's report "seriously." Then the 30 minutes dedicated to the agenda point were over.

This coming Tuesday, the British parliament will once again debate Brexit. Many of the lawmakers will struggle to get even standing room space in the lower house. The discussion will once again stretch on for hours. Although everything has already been said, not everyone has spoken. If things go as expected, it will then be even more likely that Brexit, which is currently scheduled for March 29, will be pushed back once more. Maybe a few months. Maybe even a year.

What do the two debates have to do with one another? More than one might think. The contrast between the empty and the full chamber reveal what this country and its politicians still have energy for -- and for what they don't. The more time and energy are absorbed by Brexit, the black hole of British democracy, the more likely it becomes that voters will take their revenge.

When Theresa May became prime minister in July 2016, shortly after the Brexit referendum, she seemed to anticipate that the 52 percent of Brits who voted to leave the European Union hadn't merely done so because they passionately hated the EU. She dedicated her first speech to the nation to the millions of British people who, after years of forced austerity, were only "just managing." She called it a "burning injustice" that "if you are born poor, you will die on average nine years earlier than others." May promised she would, in all her governmental decisions, "not think of the powerful, but of you."

A Government Turning in Circles

Two and a half years have passed since then, and all of May's decisions since that point have been either wrong or were reversed shortly after being announced. Most of these decisions were related to Brexit. There was, unfortunately, no time for the "burning injustice." It's no surprise then that the situation has worsened since then.

The UN Special Rapporteur's report only shows one part of the overall malaise. Nine years after the Conservative-led government introduced a brutal austerity policy in the wake of the financial crisis, the country has partly been ruined by the process. A study recently concluded that almost 4 million children in the UK grow up in families that cannot afford healthy food. A new welfare system, called Universal Credit, was supposed to make it easier for them to get welfare -- but has thus far mainly made it easier for them to become poor.

The article you are reading originally appeared in German in issue 5/2019 (January 26th, 2019) of DER SPIEGEL.

The country's National Health Service, once a source of national pride, is in permanent crisis mode, with tens of thousands of positions unfilled. And even if the official number of unemployed people is sinking, the number of "working poor" is constantly growing.

By contrast, there seem to be unlimited resources for Brexit. Hundreds of millions of pounds have been spent on the project. Hundreds of millions more are in the pipeline. Britain's departure from the EU has paralyzed almost the entire government apparatus. Just two weeks ago, a call went out to about 4,000 government workers to abandon their daily responsibilities in order to concentrate on the preparations for Brexit. Five ministries were left searching for additional workers -- including the ministries responsible for social care and labor. It's a paradox: While the country walks in place on Brexit, the very same problems that were responsible for Brexit in the first place are worsening by the day.

Yes, delaying Brexit would buy the country time. But nothing else. The mammoth task of implementing Brexit in concrete terms would only be delayed. Instead of finally being governed again, the country would simply continue endlessly circling around itself. And what if the parliament in three, or nine, or twelve months still can't agree on a Brexit plan, and once again has to turn to its people to make a decision?

At that point, it's very possible that the government would finally have to pay for its inability to guarantee a functioning state system. 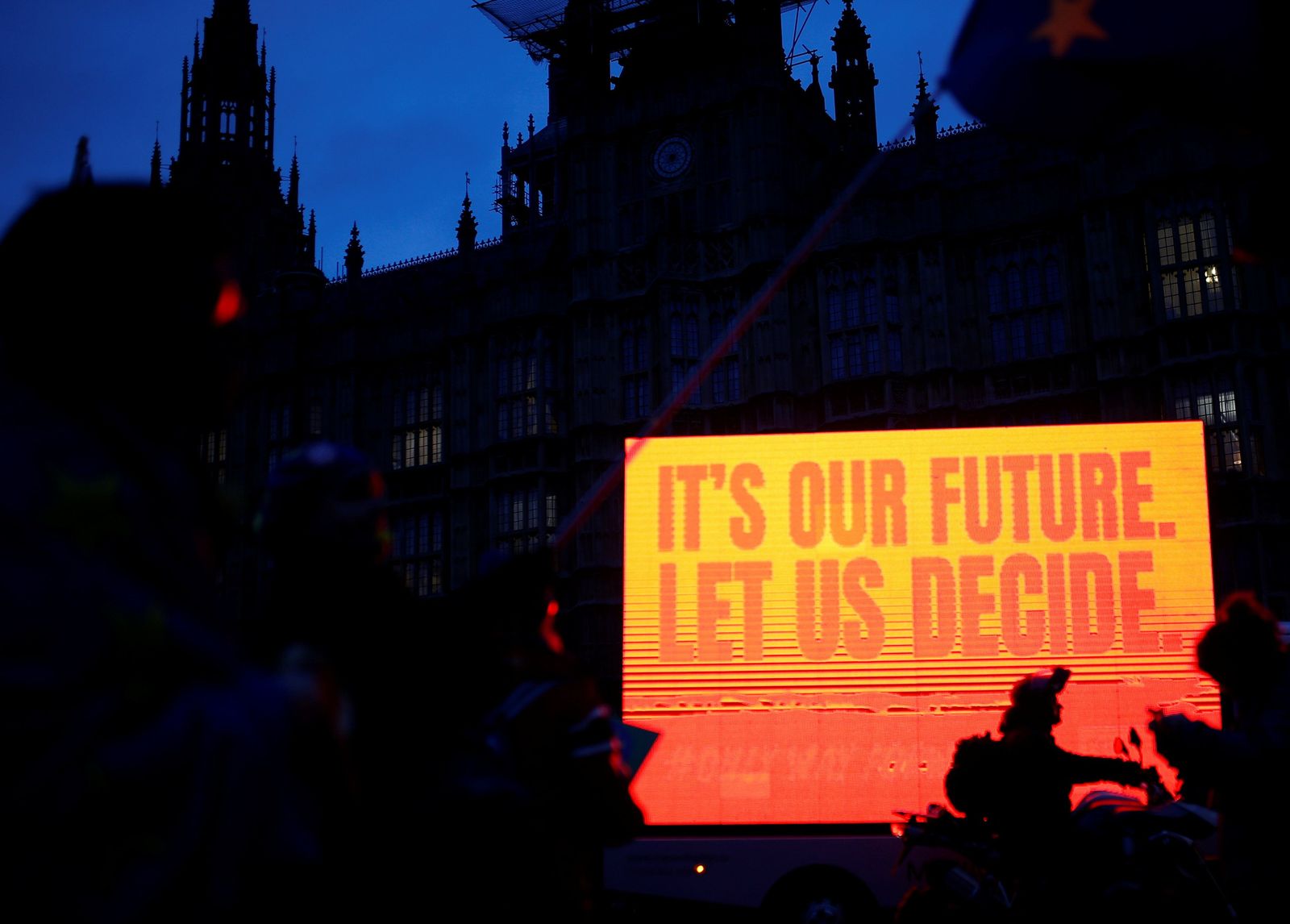