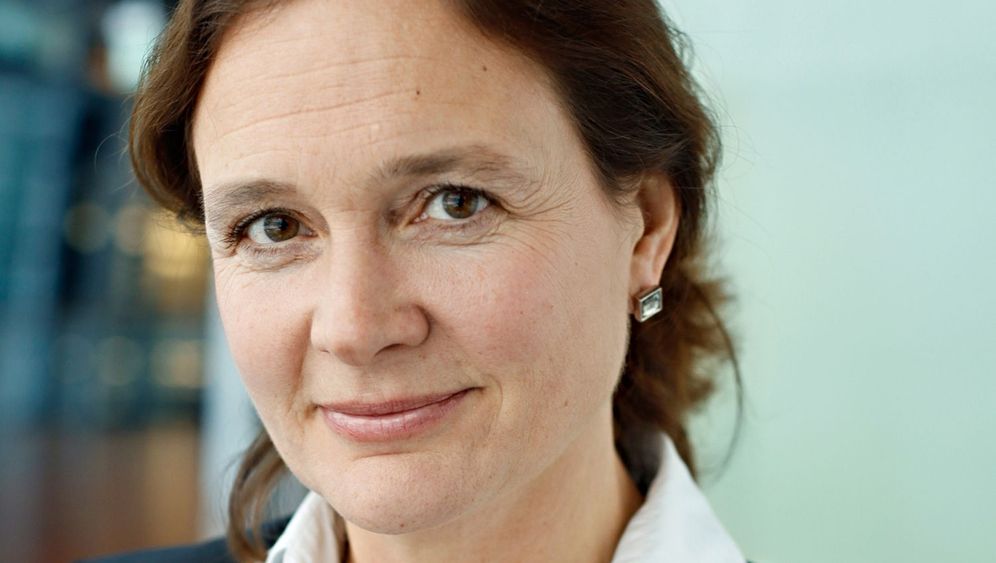 Foreign investors would flee. The stock market would crash. And the country would fall into ruin. All this just because of women. "I have never heard the kind of doom and gloom scenarios as I did back then," says Marit Hoel. The 50-year-old with a blonde pageboy hairstyle researches the impact of Norway's gender quota as the leader of the Center for Corporate diversity in Oslo.

It has now been nine and a half years since the country's then Economy Minister Ansgar Gabrielsen stirred things up by calling for market-listed companies to fill 40 percent of the seats on their corporate supervisory boards with women. Business representatives were outraged, but the parliament voted by a wide majority to enact a law requiring the firms to fulfil the gender quota within five years. Those who failed to do so within this time frame were threatened with sanctions, and in extreme cases, even the forced liquidation of the company -- the same punishment for other grave violations of stock corporation law.

For other countries, the tiny, rich nation of Norway has since come to represent a laboratory for the advancement of women. In the meantime, France, Spain, the Netherlands, Belgium and Italy have all passed gender quotas. But in Germany, a rift between advocates and opponents of a gender quota is splitting the government. While conservative Labor Minister Ursula von der Leyen supports putting such quotas into law, her fellow Christian Democrat, Family Minister Kristina Schröder, insists that voluntary commitments are better.

Norway, though, has shown that legal mandates are successful; Norwegian companies found enough women for the corporate boards, and then some. Before the law was passed women made up just 7 percent of the seats on supervisory boards. There is now talk of expanding the quota to include other types of companies.

Still, there were growing pains. Studies were drawn up and balances were compared. Suddenly there was talk of so-called "golden skirts," a powerful clique of women who collected supervisory board appointments, some holding 10 or more such positions at a time. That, critics said, meant that the gender quota was only creating a false sense of diversity. Furthermore, profits were down for the firms affected by the law, they said. Though the new boardmembers may have been qualified, they were said to be terribly inexperienced.

Such criticisms are now dismissed by even the Confederation of Norwegian Enterprise (NHO), once a strong critic of the quota. In the midst of an economic crisis, blaming women for poor figures began seeming a bit far-fetched, says Lars Jacob Hiim, who leads the NHO's department for equal employment opportunities. But, the organization still sees the quota as an "attack on companies' right to self-determination." He also says it is merely a symbolic act that doesn't change fundamental labor market structures.

But the Norwegian labor market remains strongly segmented. A disproportionately high percentage of women work in the public sector, accounting for 55 percent of the managers in the health and education sector. Meanwhile men are over-represented in the private sector. This disparity, however, appears to be easing according to recent studies. The gender quota for supervisory boards seems to be slowly having an effect on the managerial floors below. Independent research organization Sintef reports that the number of women in high-level management positions increased to 35 percent in 2010, up by four percentage points from 2008.

Looking Through a Masculine Lens

"The quota has had the effect that women also now feel like they are seen as candidates for executive management positions," says Liv Monica Stubholt. A business lawyer, Stubholt served as state secretary in both the Norwegian foreign and energy ministries and now works as deputy director for Kvaerner, an engineering firm that produces offshore platforms.

Stubholt believes a quota is necessary, because only by exceeding a critical mass of at least 30 percent women can a situation be established where "masculine behavior is no longer the only thing acceptable," she says. "Even as a woman I must be careful not to view other women through a masculine lens," she says. "Women who are quiet are seen as weak, while women who are loud are seen as aggressive. For men, the same qualities are seen as thoughtfulness and strength, respectively. Overall, women have a narrower range of accepted behavior."

Hilde Tonne, executive vice president and head of industrial development for the telecommunications firm Telenor Group, says she also believes the gender quota will have a positive effect on the composition of executive boards in the near future. Developments have been positive in recent years, she says. "And that's why I believe that it will also break through to the top management positions." Norwegian business magazine Kapital just named the 46-year-old as one of the most powerful women in the country.

Tonne, who never benefited from a gender quota, says she was skeptical of the approach at first. But then she concluded that it could be used as a tool for bringing the most capable people into the business world, providing a chance to choose from more than just half of the population. "Because in reality women were excluded, effectively giving men a quota for a thousand years. We shouldn't be afraid to even that out by bringing women forward for a short period of time in history," she says. "If half of the population is excluded, we simply don't have the best people."

Tall and elegant with her brown hair pulled back into a ponytail, Tonne's career is one that many aspire to in Norway. At 30 she rose to middle management at an oil industry company. By the end of her 30s she had become a department manager with aluminium and renewable energy company Norsk Hydro. During the years in between, she also had two daughters, a choice that did not impair her advancement. She says she never felt discriminated against because of her gender. "But I sometimes felt pretty lonely because I operate differently as a woman," she adds.

Tonne has a natural approach to power, and she exudes authority without intimidating. While in Germany it is often said that women must deepen their voices and adopt a wide stance, Tonne speaks quietly when she leads a strategy meeting of 40 executives. She also doesn't dress in the standard masculine-style business suit, instead choosing a black silk blouse and beige slacks. "Before it was said that women in business made the working atmosphere nicer," she says. "But women aren't there to make it nicer. They're there to deliver results."

The gender quota fell on fertile ground in Norway, where gender equality has topped the political agenda for decades. For years the country has led international rankings when it comes to compatibility with work and career. But that too was a major political effort. Paternal leave was implemented in 1993, and families have a legal right to day care, which also has better staffing ratios than in Germany. And working life is compatible with the needs of a family, with some 47 percent of Norwegian employees able to work from home should they need to. Among top earners this number jumps to 60 percent.

"When my children were very small I really enjoyed the flexibility of different job solutions," Tonne says. "It helped me a lot."

A Question of the National Economy

But it wasn't for reasons of equality alone that women arrived in Norway's business world. "In the 1970s it was a question of the national economy," says researcher Hoel. The social welfare state was expanded to combat inflation. "And the distance between the public sector and politics is short," she adds. More women moved into official posts, "and there they created policies for women," without significant feminist trench warfare. A popular Norwegian commercial aired repeatedly in the 1980s was particularly symptomatic of the country's development. It showed a little boy asking his parents if men were also allowed to become prime minister -- at the time, female Social Democrat leader Gro Harlem Brundtland was running the country.

In an office near the Oslo opera house, Rita Skjaervik, state secretary in the office of Prime Minister Jens Stoltenberg, says she never planned her career. But it was always fun, and when she was asked to do jobs with more responsibility, she always said yes. Her success highlights another way in which Norway excels at helping women get to the top -- combining family and career are easier because men find it important too.

Skjaervik has three children, two of whom she had during her time as state secretary. Both times she took leave of seven months while her husband stayed home for five months. Norwegian employers have adjusted to parental leave -- it's not a career killer. And more than 90 percent of fathers there take at least three months of paternal leave after their children are born. In Germany, only one quarter of men do the same, though they are also legally entitled to the time off. "It is now the case that the 'risk' for employers of hiring a man between 30 and 40 is almost as high as it is for hiring a woman," Skjaervik says.