Most Christians living in the Middle East were converted by the Crusaders. Weren't they?

It is truly amazing just how many people believe that to be the case. But as it happens, Jesus was born in Bethlehem, not Bern. In fact, the majority of the Christians living in the Arab and Muslim worlds today are actually descendents of those from the early days of Christianity. 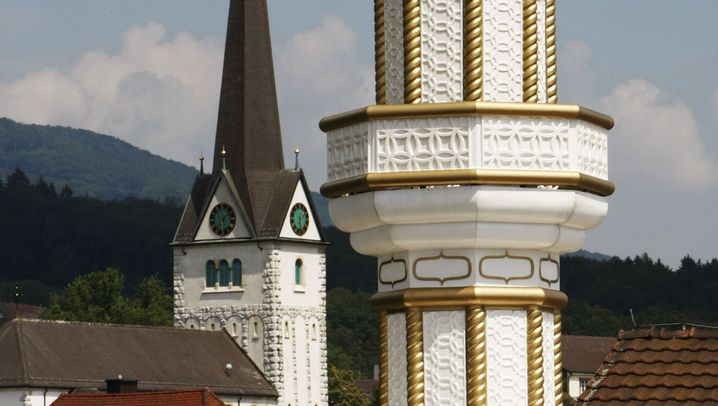 As Islam spread from Saudi Arabia, the number of Christians dropped as many people converted to the new religion. Forced conversions were the exception; many sought the tax benefits that came with being Muslim. Today, of course -- primarily on account of massive exoduses -- there are relatively few Christians in the Arab and Muslim world, perhaps only a few percent. Even Bethlehem no longer has a Christian majority.

Interactions between Christians and the Muslim rulers they've lived under have never been completely free of tension. There have been periods of mutual respect; and there have been times of open discrimination against Christians. Even today, the situation faced by Christians living in the Muslim world varies, depending on country and location. In Afghanistan and Saudi Arabia, for example, being a Christian is more or less a crime. In Jordan and Syria, on the other hand, conflicts tend to center around whether it's appropriate to have church bells drowning out the Muslim call for prayer -- and vice versa.

One thing, though, remains the same: Christians in the Muslim world are almost never immigrants from elsewhere. On the contrary, they were there before the Muslims; their oldest churches predate even the earliest mosques. For this reason alone, the situation of Muslims in the West is not comparable with that of Christians in the Muslim world. Indeed, culturally, a Catholic from Jordan has more in common with a Sunni Muslim from Lebanon than with a Protestant from Switzerland.

Some of those who support the result of the Swiss referendum can be heard to say things like: As long as Saudi Arabia won't allow any churches to be built there, we're entitled to tell Muslims that they can't build minarets here. It is a specious argument.

This line of reasoning ignores the lessons learned during the enlightenment and the advances made by modernity. It is a logic that says no matter where they come from, no matter how different they are, "Muslims" are a single historical, religious and political unit, which is supposedly waging an eternal battle against neighboring civilizations. Thus, the growing number of minarets should be understood as merely the visible symbol of this battle of "us" versus "them."

The logic also precludes the notion that a Muslim person who has lived for decades in Switzerland may have amassed other elements to his or her identity aside from religion.

The whole affair is tinged with irony given that hard-boiled Islamist hate preachers see things the same way. And they prefer to disseminate their ideas far away from the public eye -- in backyard mosques with no minarets.

But it is also tragic. It wipes away decades of learned nuance in the way Europeans have come to see their Muslim compatriots and neighbors. Surely there are good reasons to keep a close eye on some mosques. One also doesn't have to approve of all mosque designs -- sometimes minarets are indeed intented as symbols of dominance.

But such concerns could easily enough have been addressed on a case-by-case basis.

Now, though, Europe's right-wing populists are celebrating the referendum result as the dawning of a new era -- one dominated by the notion of tit-for-tat. Such thinking, however, is not only the result of the skewed comparison of Muslim apples with Christian oranges, but also of repellent intellectual laziness.

Because one thing is clear: No Christian living in Cairo will benefit from a ban on minarets in Winterthur.