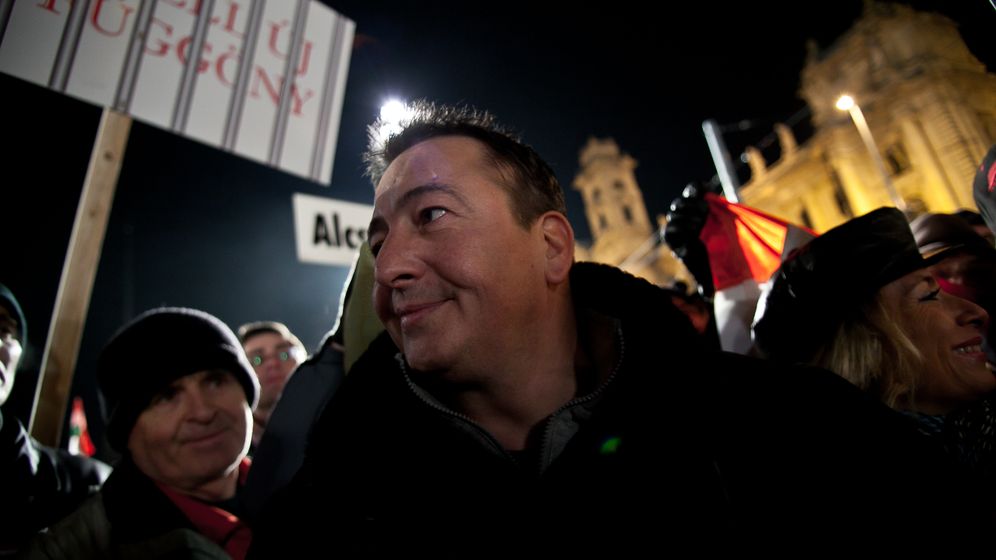 Zsolt Bayer always pipes up whenever the Hungarian media mentions that Roma are suspected of involvement in a crime. Usually, he spares no words in his hate-filled tirades against the ethnic minority, regardless how ugly. For example, he has written: "Whoever runs over a Gypsy child is acting correctly if he gives no thought to stopping and steps hard on the accelerator."

Bayer's most recent outburst came last Saturday after a bar fight and stabbing on New Year's Eve in which some of the attackers were reportedly Roma. Writing in the ultra-right-wing newspaper Magyar Hirlap, which has close ties to the conservative government, Bayer argued for what amounts to genocide. He wrote:

"A significant part of the Roma are unfit for coexistence. They are not fit to live among people. These Roma are animals, and they behave like animals. When they meet with resistance, they commit murder. They are incapable of human communication. Inarticulate sounds pour out of their bestial skulls. At the same time, these Gypsies understand how to exploit the 'achievements' of the idiotic Western world. But one must retaliate rather than tolerate. These animals shouldn't be allowed to exist. In no way. That needs to be solved -- immediately and regardless of the method."

At the same time, investigators have yet to nail down all the facts surrounding the crime. What is known is this: On New Year's Eve, a massive brawl broke out in a bar in Szigethalom, a town near Budapest. During the fight, two young athletes -- a wrestler and a boxer -- suffered serious stabbing wounds. The police arrested one Roma, and another suspect is still being sought.

Bayer isn't just some random pathological Roma-hater. Instead, the 49-year-old is one of the founding members of the country's conservative governing Fidesz party and a close friend of Prime Minister Viktor Orbán. Although Bayer holds no official position, he is known within the party as someone with the pluck to express uncomfortable truths and for being able to capture the sentiment of the party base in a nutshell. But he is also notorious for saying things in ways that go too far.

Bayer is also one of the main organizers of the so-called Peace March events. A year ago, hundreds of thousands gathered in Budapest for one of these pro-government marches. Among the anti-EU slogans on display were "Hands off Hungary!" and "We will not be a colony!"

Cracks in the Party

In recent years, Bayer's anti-Roma and anti-Semitic articles have sparked repeated outrage. But no one within the Fidesz party leadership has ever taken public offense at the commentaries of its former chief press officer -- until now. Tibor Navracsics, who is both justice minister and deputy prime minister, has joined Roma organizations and Hungary's Jewish community in condemning Bayer's most recent column -- and called for his ouster from the party. On the private television channel ATV, he said that there is no place in an organization like Fidesz for someone who considers an entire group of people to be animals. In fact, even Tamás Deutsch, a prominent co-founder of Fidesz and member of the European Parliament who has publicly acknowledge being friends with Bayer, called the article "shameful."

This is already the second time in recent weeks that prominent Fidesz politicians have openly distanced themselves from racial hatred. On Dec. 2, Antal Rogán, the party's parliamentary floor leader, spoke at a protest against anti-Semitism after Márton Gyöngyösi, a representative of the right-wing extremist Jobbik party, had demanded in parliament that "all Jews living in Hungary be registered" and that "Jews, particularly those in parliament and the government, be evaluated for the potential danger they pose to Hungary." The demonstration against anti-Semitism was noteworthy for marking the first time in two decades that all of the pro-democracy parties in Hungary's parliament jointly attended a single event.

'The Party Speaks with Two Tongues'

Nevertheless, critics doubt that Fidesz -- and Prime Minister Orbán, in particular -- will distance themselves from right-wing extremism, anti-Semitism and antiziganism, a term denoting racism toward the Sinti and Roma.

Kristián Ungváry, a historian who has just published a 700-page book on the interwar years of the right-wing extremist Horthy regime, describes the party's policies as a "sham."

"The party speaks with two tongues," Ungváry says. "On the one hand, one distances oneself from right-wing extremism in order to maintain a good reputation abroad and because one notes that the political damage would be too severe. On the other hand, Fidesz pays tribute to anti-Semitic writers of the interwar period, such as Albert Wass and József Nyírö, or expresses right-wing extremist positions in regime-friendly newspapers."

This is especially the case with Prime Minister Orbán, whose public statements started moving farther and farther toward the right-wing extreme some time ago. This culminated last September, when Orbán delivered a "blood and soil" speech about the values of the Hungarian nation during a dedication ceremony for a monument. "The archetypal image of the Turul bird is the archetypal image of the Hungarians," he said, referring to the most important bird in the origin myth of ethnic Hungarians. "It is part of blood and homeland. We, the Hungarians of national solidarity, must squeeze all disunity out of Hungarian life. Strong nations stick together; weak ones break apart."

On the other hand, Orbán refrained from publicly commenting on Jobbik's call for registering Jews in Hungary. Indeed, it wasn't until a few days later that Orbán distanced himself in parliament from right-wing extremism, though in very general way. At the same time, a law was passed that permits monetary fines to be levied on parliamentarians who make racist statements.

A Deed Likely to Go Unpunished

György Dalos, a prominent writer and biographer, doesn't believe that Fidesz will fundamentally alter its two-faced policies. "Voters on the left run away from it on account of its restrictive social policies, so they need the voters on the right," Dalos says. "And it will continue to attract them with the appropriate rhetoric."

Attila Nagy, a political scientist at Budapest's Méltanyosság Institute, admits that there is genuine outrage about right-wing extremism in some parts of Fidesz. "But," he adds, "this part, which backs a clearer pro-European course, is currently not a decisive one within the party."

This, along with the fact that Justice Minister Navracsics has a reputation for holding little sway within the party, also makes it more likely that his call to have Zsolt Bayer ejected from the party will go unheeded. In any case, Fidesz spokeswoman Gabriella Selmeczi made this clear during a televised interview on ATV last Monday. She said that since Bayer had expressed his opinion as a commentator rather than as a Fidesz member in the incriminating article, the party would not take a stance on it.

Meanwhile, Magyar Hirlap, the paper that publishes Bayer's commentaries, has harshly criticized the outrage triggered by his article. "Because the left-liberals have destroyed the country, murderers and bestial, merciless criminals commit monstrous deeds in many places," the paper wrote. "We condemn the witch hunt against our employee and call on readers to stand behind him, behind our newspaper and behind our hard-working national government." 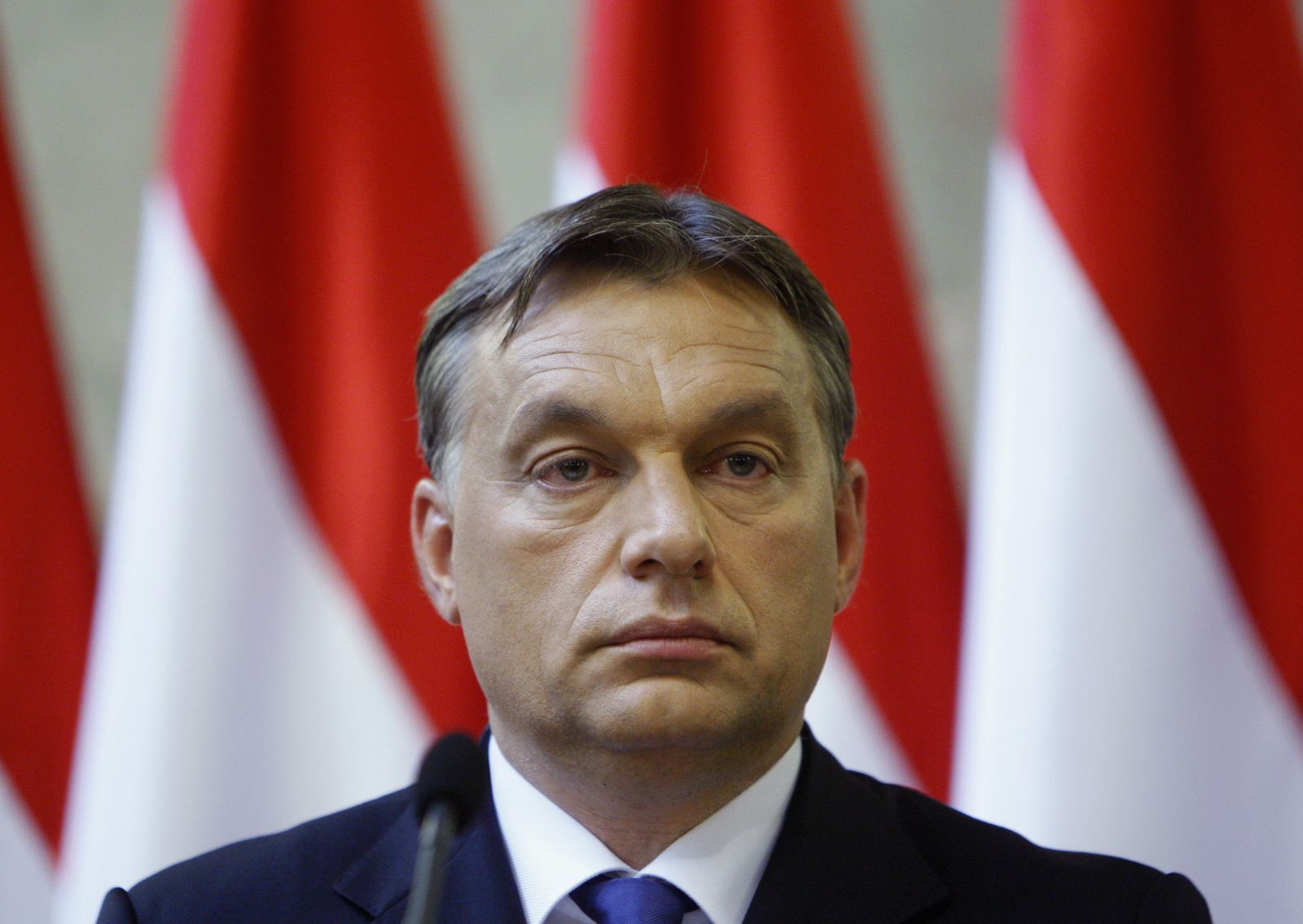 In fact, Prime Minister Viktor Orbán is a friend of the journalist who called for a "final solution" to the "gypsy question". Likewise, a Fidesz party spokeswoman said the party would not take a stance on the journalist's comments because he was writing as a commentator rather than a Fidesz member.