It rained blue paper in the Hungarian parliament in Budapest on Monday evening, when members of the green liberal party Politics Can Be Different (LMP) threw slips of paper at the government benches in a reference to the infamous "blue-ballot" rigged elections of August 1947. Back then, activists from the Hungarian Communist Party (MKP) exploited a system of blue chits to travel round casting votes in dozens of different places, allowing the MKP to gain a majority.

The Hungarian opposition fears a similar fraud might occur under Viktor Orbán's ultra-conservative nationalist government. His ruling Fidesz party (Alliance of Young Democrats) used its two-thirds majority in parliament to amend the constitution to allow citizens to vote in elections only if they register in advance either in person or electronically.

Paving the Way for Fraud

Opposition parties and activists see the move as an attempt to keep poorer voters who are unlikely to be Fidesz supporters away from the ballot boxes. They also accuse the government of paving the way for election fraud.

"By dispensing with the central register, the system of voter registration ushers in broad scope for fraud because it means multiple votes can scarcely be prevented," argues LMP politician Gergely Karácsony.

The lawmakers of Fidesz passed an amendment to the constitution that introduces voter registration. The actual law on voter registration is expected to be approved on November 12. Without this initial amendment, the Constitutional Court would most probably have rejected the new law.

The system foresees voters registering every four years either in person at their local authority or via the Internet, providing they have an electronic signature. Hungarians who live abroad, including the 3 million members of Hungarian minorities in Romania, Serbia, Slovakia and Ukraine, who have been entitled to vote for a party list since 2010, can register by post. Registration has to be done at the latest two weeks ahead of the scheduled parliamentary elections and is then valid for four years in general and local elections, referendums and European parliamentary elections.

The voter registration law has been the subject of heated debate for months. Along with opposition politicians, a number of lawyers and voting experts complain that it lacks any credible justification given that countries where the population must register to vote such as Britain and the US have no central register, whereas Hungary does.

Ahead of the vote, Antal Rogan, head of the Fidesz parliamentary group, said registration was necessary primarily because of Hungarians living abroad for whom there is no registration data in Hungary. Rogan rejected criticism of the constitutional amendment and pointed to longstanding democracies such as the US, where voters also have to register.

In an interview with SPIEGEL ONLINE, Péter Juhász, who heads the opposition Milla Movement which has been campaigning against recent curbs on press freedom and what it sees as an incremental chipping away at civil rights in Hungary, described the introduction of voter registration as "an attempt on the part of Orbán and his party to secure their election victory administratively." Not only does the elimination of the central register allow for multiple votes, he pointed out, it also means that many social groups who would not vote for Fidesz would end up not registering. These include primarily poor and uneducated Hungarians as well as people with no interest in politics and the 70,000-odd people who live in remote places far away from villages and communities.

According to Juhász, there are no legal options to appeal against the law on voter registration because the Constitutional Court cannot actually decide on the Constitution.

"If we want to avert potential election fraud, we need to build up a large, independent system of election monitoring," says Juhász. "But first and foremost, there needs to be political cooperation between the opposition parties if Orbán and his party are to be defeated in the 2014 elections."

That might be wishful thinking. When Hungary commemorated the failed revolution of 1956 on October 23, the country's national holiday, the democratic opposition parties were unable even to agree to hold a joint rally. 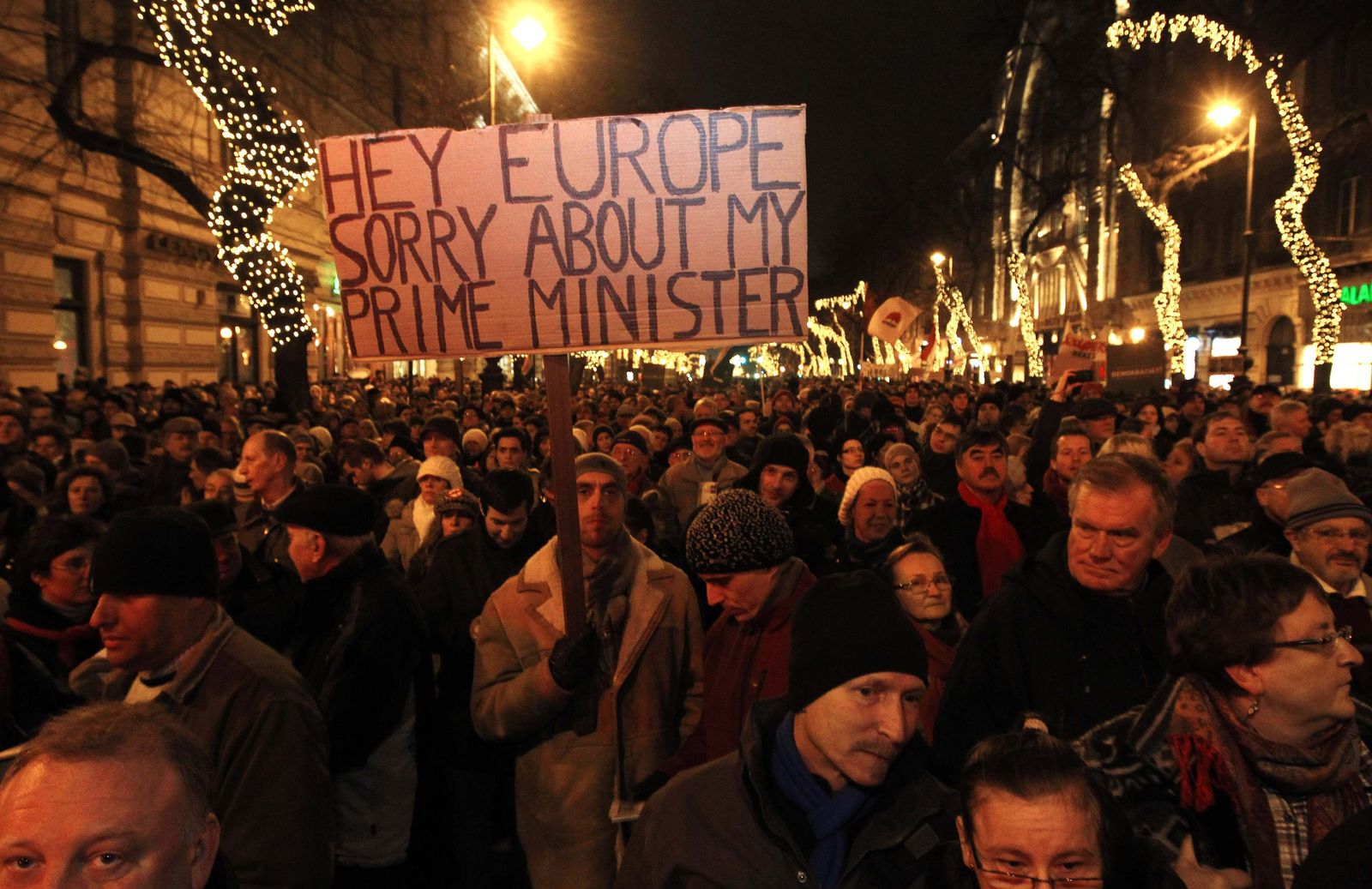 Earlier this year, demonstrators took to the streets of Budapest to protest against Prime Minister Viktor Orban's Fidesz party.