Relations between the government of Hungarian Prime Minister Viktor Orbán and the International Monetary Fund have never been especially good. Now they have hit rock bottom.

Orbán's former economy minister and current central bank governor, Gyorgy Matolcsy, wrote a letter to IMF Managing Director Christine Lagarde on Monday calling on the fund to close its representative office in Budapest as it was "not necessary to maintain" it any longer.

Hungary owes its economic survival to the IMF. When the country was caught up in the global financial crisis in 2008, the fund and the EU came to the rescue with a €20 billion ($26 billion) loan. At the time, Orbán's predecessor was in office.

Ever since Orbán became prime minister in 2010, Hungary has had trouble with international institutions. His government pushed through a new constitution and many laws that curtailed democracy, the powers of the constitutional court, the justice system and press freedoms. The EU responded by launching several proceedings against Hungary for breaching EU treaties.

In early July, the European Parliament passed a resolution calling on Hungary to repeal the "anti-democratic changes." Orbán angrily dismissed the demands as "Soviet-style" meddling.

Under Orbán, all negotiations with the IMF about fresh aid have failed. On Monday, central bank chief Matolcsy said the country didn't need the IMF's money and that Hungary would repay the 2008 loan in full by the end of this year.

He said the government had succeeded in pushing its budget deficit below the EU ceiling of 3 percent of GDP and had reduced government debt.

Matolcsy is the architect of Orbán's unorthodox economic policy which is based on imposing heavy special taxes on large companies. He became central bank governor four months ago.

The Hungarian economy shrank by 1.7 percent last year. The EU Commission expects it to return to weak growth in 2013. The budget deficit is expected to rise again, back up to 3 percent of GDP. 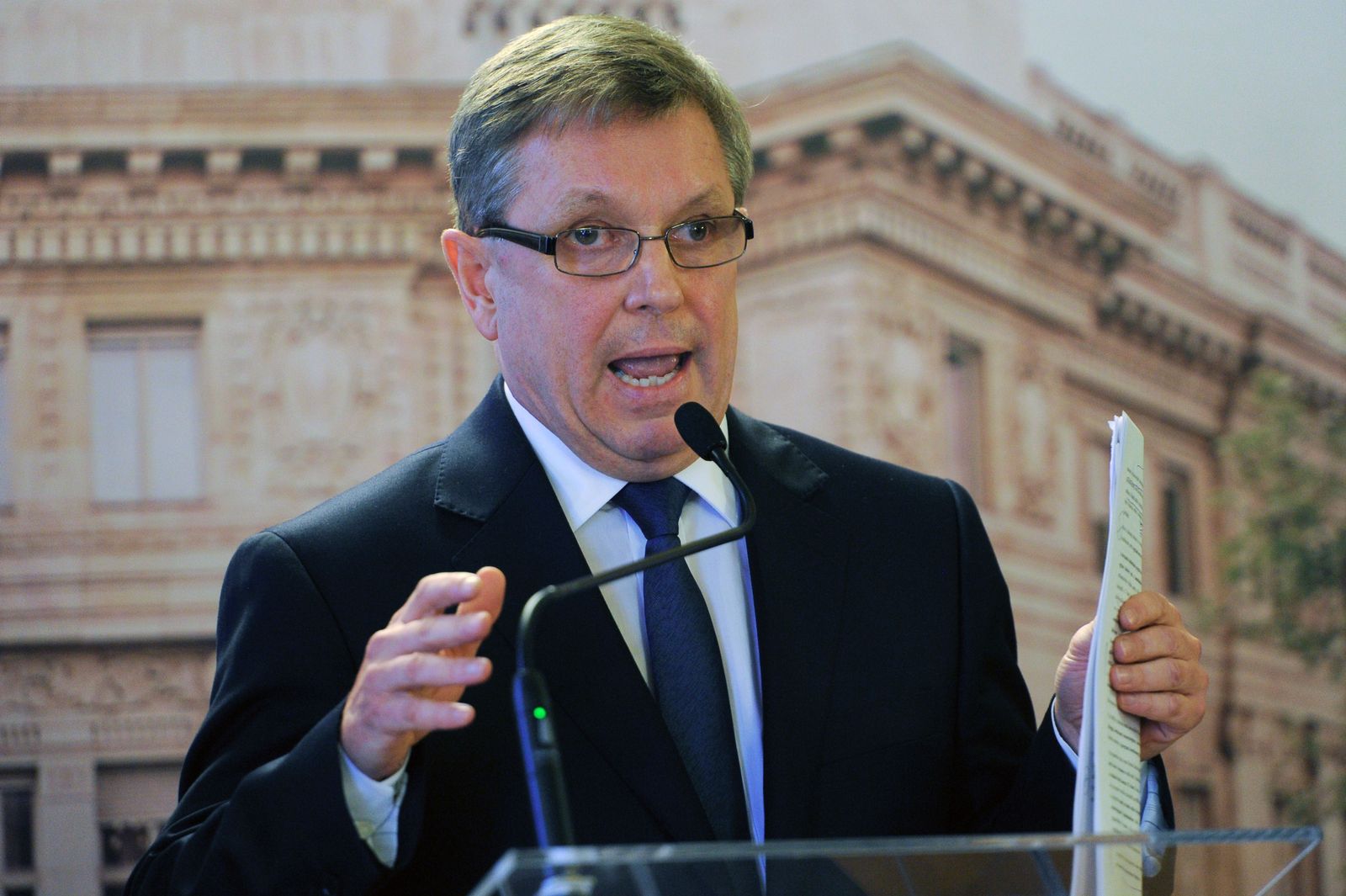