Democracy is a solid form of government, and that's why it isn't particularly exciting. It's based on laws, on an independent judiciary and the separation of powers, all of which makes the system predictable. There is broad consensus in democracies that it is in everyone's best interest to agree on a set of rules that all must live by. There isn't much room left over for personal escapades and individual acts of heroism.

Democracy can withstand charisma. But cults of personality are generally incompatible. Democracy always allows room for doubt, for divergent opinions and for criticism. Majorities are temporary, and elections consistently show that change is possible. Some vote for the center-right, others for the center-left and still others for right-wing populists. You don't have to like it, but democracy is able to withstand an array of differing views. Laws are there to take care of those things that conflict with democracy.

The German democracy, like many others, has institutionalized opposition in its constitution. Article 5 of the German Basic Law reads: "Every person shall have the right freely to express and disseminate his opinions in speech, writing, and pictures and to inform himself without hindrance from generally accessible sources. Freedom of the press and freedom of reporting by means of broadcasts and films shall be guaranteed. There shall be no censorship."

In Germany, though, the mood has changed. Journalists are under attack and are being accused of withholding information, manipulating their own reporting or acting on behalf of Chancellor Angela Merkel. The rise of the right-wing populist Alternative for Germany (AfD) party has not promoted debate. And how should it? A party whose entire mode of argumentation boils down to "for" or "against" sees nuance as an impertinence. The media, no matter how heterogeneous it might be, is just the "lying press," in the words of supporters of PEGIDA, which held anti-Muslim marches in Germany. It's a great way to polarize society. Facts and reality no longer matter. The only thing that counts is emotion.

Recent months have made it clear that the freedom of the press cannot be taken for granted. Not in the European Union. And not in Germany. Illiberal democracy doesn't place much stock in the independence of the media. The media, in fact, is seen merely as another tool to generate agreement. It is the definition of propaganda.

Forced to Leave the Country

The imprisonment -- and subsequent release -- of the Turkish-German journalist Deniz Yücel, a correspondent for the German daily Die Welt, sparked numerous reports about the oppression of journalists in Turkey. SPIEGEL ONLINE's own correspondent, Hasnain Kazim, may not have been arrested, but he was hassled and ultimately forced to leave the country.

In some countries in Central and Southern Europe, journalists are seen by politicians and oligarchs as political opponents and enemies of the state, regardless of whether they are domestic reporters or foreign correspondents. Intimidation has become part of the public discourse -- in places like Bulgaria, Slovakia, Romania, Serbia and Montenegro.

A particularly shocking example is the EU member state of Hungary. A few days ago, the newspaper Magyar Idök published an article criticizing the work of foreign correspondents and demanding that the government take steps in response. The article contained a list of particularly deplorable reporters from the paper's perspective and one of those who made the list was our colleague Keno Verseck. For years, Verseck has been reporting for SPIEGEL ONLINE from Eastern Europe and from Hungary. He speaks the language and loves the country.

"The Hungarian government should now consider steps in response and should analyze the slavish work of Keno Verseck, Gregor Mayer, Bernhard Odehnal, Florence La Bruyère and all of the other Budapest correspondents who spread the most abominable lies of the domestic, ultra-liberal opposition to millions and millions of people around the world with no filter whatsoever."

Here is the original:

The practice of active government censorship ended in Hungary in 1989. Now, though, my colleague Keno reports, "people are more afraid of talking to journalists today than they were then." The list published in Magyar Idök is intended to intimidate those named. It aggravates a climate in which it is becoming more and more difficult for journalists to report from Eastern Europe. The government of Hungarian Prime Minister Viktor Orbán has justified the defamation of individual journalists by saying it serves transparency. His argument is an example of liberal virtues being translated for abuse in illiberal democracy.

Magyar Idök is a paper that is closer to Orbán's Fidesz party than any other. It belongs to Mediaworks Holding, which is owned by Lörinc Mészáros, a friend of Orbán's since kindergarten who goes by the nickname "Strawman." He is one of the 20 richest people in Hungary. Two-thirds of all regional newspapers in Hungary are owned by Mediaworks Holding. When Magyar Idök writes "we," it means both the paper and the Fidesz government.

Since Orbán came to power in 2010, Hungary has dropped in the ranking kept by Reporters Without Borders by around 50 places. The government accommodates those papers that support it while outlets that are critical of the government struggle under an advertising boycott. The diversity of opinion has shrunk rapidly as Orbán and the Fidesz party in recent years have brought the media largely under their control. The Neue Zürcher Zeitung recently wrote: "What is being done here with tax money is the lowest form of public poisoning of political culture."

In April, Orbán won re-election, with his Fidesz party raking in more than 49 percent of the votes. Distrust is institutionalized in democracy, with the separation of powers ensuring that no one person is able to consolidate too much power. Autocracy, by contrast, demands people's loyalty. It allows no room for doubt. Several years ago, Viviane Reding, who was the European ommissioner for Justice and Fundamental Rights at the time, said that there is no longer any press freedom in Hungary worthy of the name. Media, justice, the country's central bank, voting laws: All of it, Reding said, was under attack. It is, she said, a form of "Putinization." The opposite of what Europe represents. 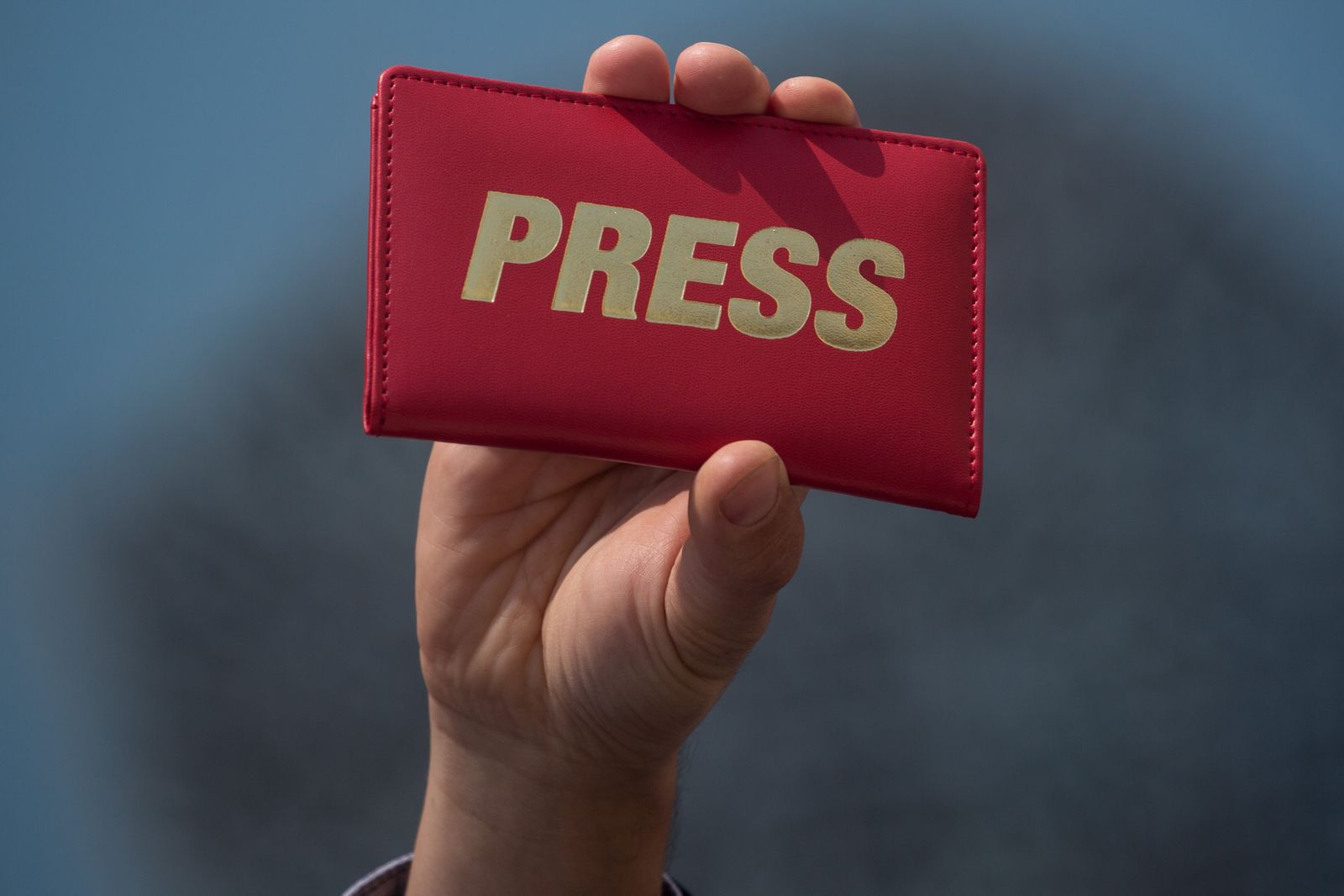 Freedom of the press is in trouble in Hungary.