The goal is still a ways in the distance. By the end of 2013, Germany's rail company Deutsche Bahn wants to include the Cologne-London route in its regular offerings. From that point onwards, high-speed ICE trains will rocket through the French countryside at 300 kilometers an hour before travelling -- slightly slower -- under the English Channel to London.

Preparations for that date, however, are well underway -- and on Tuesday, the first ICE pulled into St. Pancras Station in London following a test run. The train was received by the head of Deutsche Bahn Rüdiger Grube and German Transport Minister Peter Ramsauer. The successful test run comes after a series of safety checks over the weekend which "went well," according to Eurotunnel spokesman John Keefe on Tuesday.

Beyond merely extending the reach of Germany's flashy ICE trains, Deutsche Bahn's effort to open up the route has implications for both Eurostar, the rail operator that has thus far had a monopoly on trains through the Channel Tunnel, and for the state-owned train manufacturer Alstom.

In anticipation of the ICE trains passing ongoing safety inspections, Eurostar announced earlier this month that it plans to switch from trains built by Alstom to those built by German firm Siemens. The new trains will be very similar to the newest ICE models, known as ICE-3, which Deutsche Bahn plans to use for the Channel Tunnel routes. In addition to having 20 percent more seats than the older Eurostar models, the Siemens trains also have a top speed of 320 kilometers per hour instead of 300.

In Time for the Olympics?

Last week, French Transport Minister Dominique Bussereau threatened to block the Eurostar contract with Siemens -- 55 percent of Eurostar is owned by the French government. It is likely an empty threat, however. Any French veto would contravene European Union law and most observers say that an official French complaint about the contract tender would have little chance with the European Commission.

During the weekend, a Deutsche Bahn ICE-3 underwent numerous evaluations inside the tunnel, including an evacuation test. Last week, the train passed other safety checks. The Channel Tunnel Safety Authority, an Anglo-French body, has the final say as to whether the ICE will be permitted in the tunnel. The CEO of Eurotunnel, Jacques Gounon, for his part, seems confident that the German trains will get the go ahead -- and says they may even start running before the 2012 Olympic Games in London. 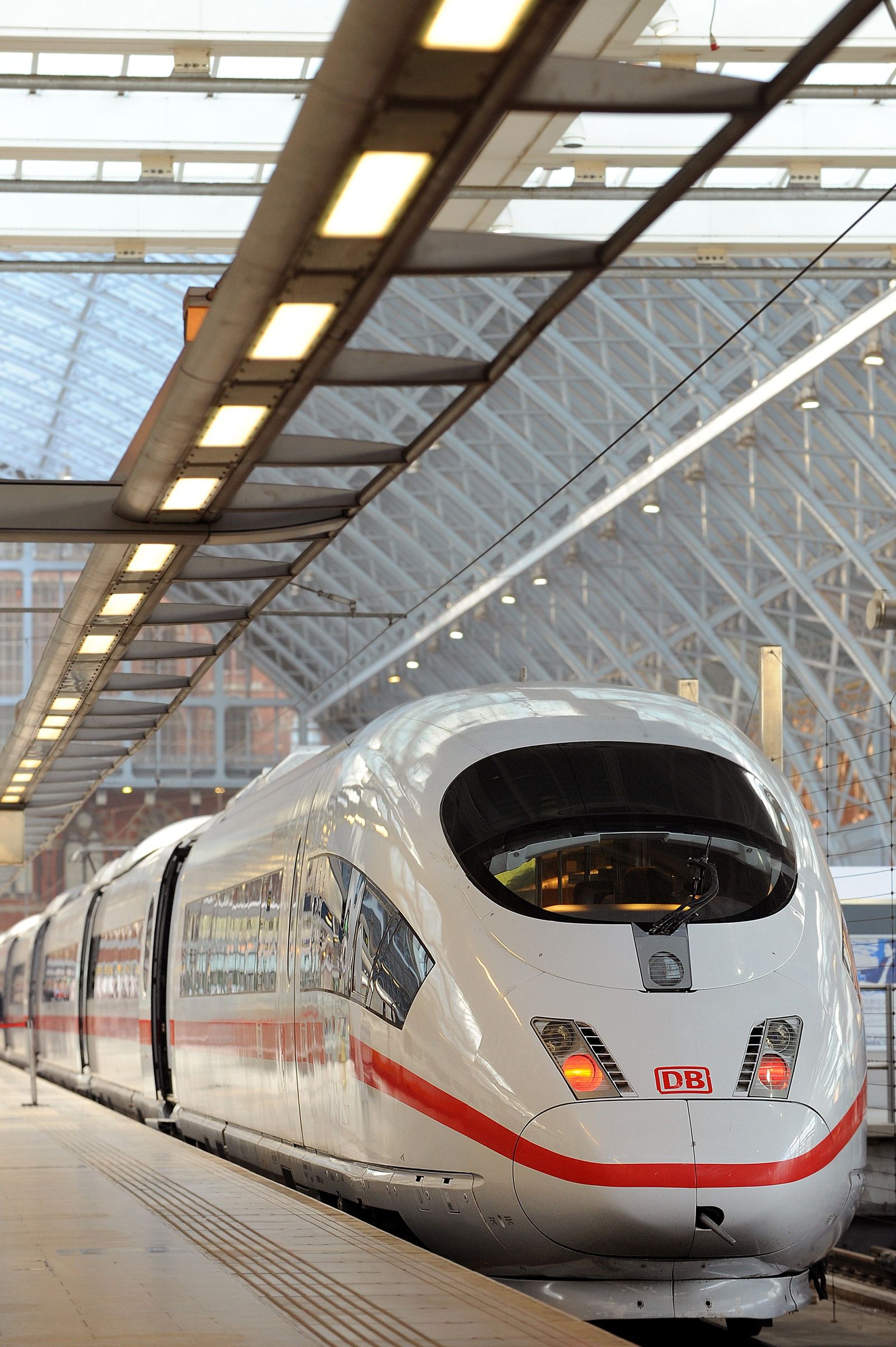 A high-speed ICE train from Deutsche Bahn rolled into St. Pancras station in London on Tuesday.