Shortly before the sun rose in Idlib, Yaman al-Hammo made the decision he had long been dreading. He had just spent the night in the basement next to his two sons, his wife and his mother listening to the detonations of barrel bombs and artillery shells blasting into his hometown of Maarat al-Numan in the Syrian province of Idlib. The women cried, as did the children, he says today, three weeks later.

As dawn broke, Hammo's wife and mother wrapped the children in blankets. He made one final call to determine where the Russian jets were attacking at that moment before starting his white Hyundai van and heading off toward the Turkish border.

When he heard the explosions behind him, Hammo hit the gas, his children bumping their heads in the back. He sped past desperately waving families at 80 to 90 kilometers per hour, the van too full to take on any more passengers. Only when Hammo felt that he had managed to get his family to safety did he stop. He then broke down in tears for several minutes.

For weeks, Syrian dictator Bashar Assad and his supporters from Russia and Iran have been attacking the last remaining rebel stronghold in northwestern Syria, intentionally targeting residential housing, schools and hospitals. The Idlib offensive could finally mark the end of the war in Syria -- but also the beginning of a new mass exodus.

An estimated 3 million people live in the region, including many who fled to the province from other parts of Syria. According to the United Nations, more than 235,000 people were displaced from Idlib in the two weeks leading up to Christmas alone. On Jan. 10, a UN Security Council resolution enabling aid deliveries to Syria is set to expire, with both Russia and China blocking an extension of the mission. Hundreds of thousands of Syrians are left with no other choice than to make their way to Turkey.

And that means that the situation in Idlib is also putting significant pressure on the already fragile migration deal between the European Union and Turkey. For the time being, Turkish President Recep Tayyip Erdogan is keeping the refugees out of Turkey with the help of a wall. But with hundreds of thousands of suffering refugees swarming the Turkish border, women and children among them, will he continue to do nothing? And if he does allow the people to enter Turkey, will he shelter them in his own country as the EU-Turkey pact calls for, or will he allow them to continue on to Europe?

Erdogan has already made clear that his country cannot handle any more refugees. If the Idlib offensive doesn't come to an end, he said in a speech in Istanbul just before Christmas, "all European countries, above all Greece," would experience the negative consequences. Scenes reminiscent of those in 2015, when 800,000 migrants traveled to Europe via Turkey, he said, would be "unavoidable."

It isn't the first time that Erdogan has threatened to abandon the migration deal with Europe, but his tone has rarely been so strident, nor have events been as pressing.

In 2016, the EU pledged 6 billion euros to Turkey in addition to a package of visa relaxation measures for Turkish citizens in exchange for Ankara preventing migrants from continuing onward to Europe and accepting the return of migrants from the Greek islands. The pact has played a significant role in the much lower number of asylum-seekers now reaching Europe. But it has also given the autocrat in Ankara leverage against Europe, to be used as he sees fit.

Erdogan is fully aware of just how valuable he is to the Europeans -- particularly for German Chancellor Angela Merkel, who was a key architect of the controversial migration deal. The crisis in Idlib is a problem for Erdogan, with Turkish citizens largely unwilling to accept yet more refugees. But the images of huge numbers of displaced Syrians making their way to the Turkish border are also a welcome opportunity to force more concessions, in the form of money, from the Europeans.

The 6 billion euros pledged by the EU have largely already been allocated, but the huge number of refugees Turkey is already hosting will continue to cost money in the years to come. There are already more than 3 million Syrians living in Turkey, a number that will likely expand to around 5 million a decade from now as families have children. Erdogan wants the EU to cover a part of the costs associated with hosting them. Indeed, when the Turkish president receives Merkel for a visit in January, money is likely to be a primary focus of their negotiations.

Just recently, Merkel met with the new leaders of her coalition partner, the center-left Social Democrats, to inform them of the situation facing German foreign policy. In her comments on Syria, according to meeting participants, she said that it was undesirable for someone like Russian President Vladimir Putin to be able to influence refugee flows to Europe. It almost sounded like justification for talks with Erdogan.

Europe, though, finds itself in a weak negotiating position with Ankara. EU member states still haven't managed to agree on a unified asylum system for the continent, resulting in a situation whereby even a moderate increase in the number of refugees arriving in Greece, for example, can trigger a humanitarian crisis.

Indeed, the island of Samos is a perfect illustration of just how poorly Europe is managing to care for the refugees currently in its charge. Fully 7,500 asylum seekers are camped on the slopes of a hill with the sounds of coughing and labored breathing coming out of the tents. Rainwater runs between the plastic tarps, with camp residents suffering from cold and illness. Fires break out regularly.

The situation isn't much better on the mainland of Greece. For months, the Greek government has been putting refugees up in hotels because the camps have become hopelessly overcrowded.

And this despite the fact that the EU has had plenty of time to improve conditions in the country. In the first six months of 2017, not even 10,000 asylum-seekers reached the islands. Neither the Greek authorities nor the European Commission thought it necessary to develop a reliable infrastructure to house and process the refugees. At the same time, Greece is no longer allowing asylum-seekers to travel onward, as they did in 2015. In response to pressure from Brussels, Athens has closed its northern border with North Macedonia. According to public opinion surveys, a majority of Greek citizens are concerned that the slow-burning refugee crisis could spin out of control. Almost three-quarters of the population now views migration as the most pressing problem facing the country.

Ankara is fully aware of the rather precarious situation in which Europe currently finds itself when it comes to the migration issue. And Erdogan is an expert when it comes to taking advantage of his adversaries' weaknesses. He doesn't have to unload busloads of refugees at the border, as he once threatened to do. It would be enough for him to simply loosen Turkish coast guard patrols, since Greece isn't even able to handle the arrivals of just a few thousand refugees per month. Erdogan, as one German diplomat put it, has begun using border patrols "as a kind of volume knob," turning it up or down depending on his political interests.

For Merkel, the relationship with the Turkish president is a political high-wire act. She knows she needs Erdogan, but at the same time, she must avoid the appearance of exposing herself to blackmail.

The Bavarian conservative Manfred Weber, head of the European People's Party in the European Parliament, has already voiced those concerns ahead of the German chancellor's trip to Turkey. "The refugee pact is in our interests, but we can't allow ourselves to be blackmailed," he says. "Those who don't pursue honest cooperation cannot continue to receive economic privileges in the long run."

Weber is primarily focused on Turkey's customs union with the EU, from which Ankara benefits enormously. In exchange, he believes, the EU should be able to expect greater collegiality. He insists that the money paid to Turkey as part of the refugee pact was a good investment, but adds that a continuation of the payments depends on Turkey's behavior. "Threats are the wrong path."

Greece feels the same way. Turkey is using the migrants as a foreign policy lever, says Miltiadis Varvitsiotis, Greece's deputy foreign minister. He says Europe must not appear to fear Erdogan's threats at all.

The Turkish-European negotiations will be made all the more difficult by the fact that Erdogan finds himself facing intense pressure domestically, with many Turks eager to finally get rid of the refugees. In a 2018 survey conducted by the Center for American Progress, an American think tank, 80 percent of respondents said that Ankara was spending too much money on refugees. Furthermore, several Turkish cities have seen attacks on Syrians, with racists shattering the front windows of Syrian-run shops.

The article you are reading originally appeared in German in issue 02/2020 (January 3rd, 2020) of DER SPIEGEL.

Ibrahim Abdullah, for his part, simply wants out. He hopes to be able to find his way to Europe by way of the Greek islands. Abdullah (not his real name) fled Aleppo in 2016 with his wife and three children and was able to find work in Istanbul as a decorator. But because his family had initially registered in Ankara, they were sent back to the Turkish capital, where Abdullah has been unable to find a new job. He says his children are beaten at school and that increasing racism has made his future look bleak.

Merkel must now perform the delicate trick of saving the refugee deal despite the fact that its central premise hardly seems sustainable. For many migrants, Turkey has long since ceased being a safe country. According to the Turkish Defense Ministry, over 500,000 Syrians have now returned to Syria of their own free will. According to Syrian opposition activists, though, Turkey has also deported several thousand refugees back to the embattled region of Idlib.

Fences in the Balkans

If the deal collapses, the father of the pact, Austrian political consultant Gerald Knaus, fears a "field day for populists." He says: "We would soon have even more fences in the Balkans."

Thomas Gammeltoft-Hansen, a professor of migration and refugee law at the University of Copenhagen, believes that a vast new wave of refugees is a realistic scenario. "Deals with autocratic countries usually have a limited lifespan," he says. After a couple of years, he continues, the political conditions in the host country change or more migrants come than expected. In situations like that, he says, such deals tend to collapse or have to be renegotiated.

The people in Idlib, meanwhile, feel as though they have been left in the lurch. "We are the victims of an international game," says Yaman al-Hammo. He has now rented an apartment in the border town of Darkush, but he doesn't want to stay there for long. At night, he can see the lights across the border in Turkey.

Hammo says he has contacted a human smuggler to take him and his family across the border. He has heard from friends who made it out of Syria that the Turkish army on the border fires live ammunition. But it is a risk, says Hammo, that he will just have to accept. Despite the children. 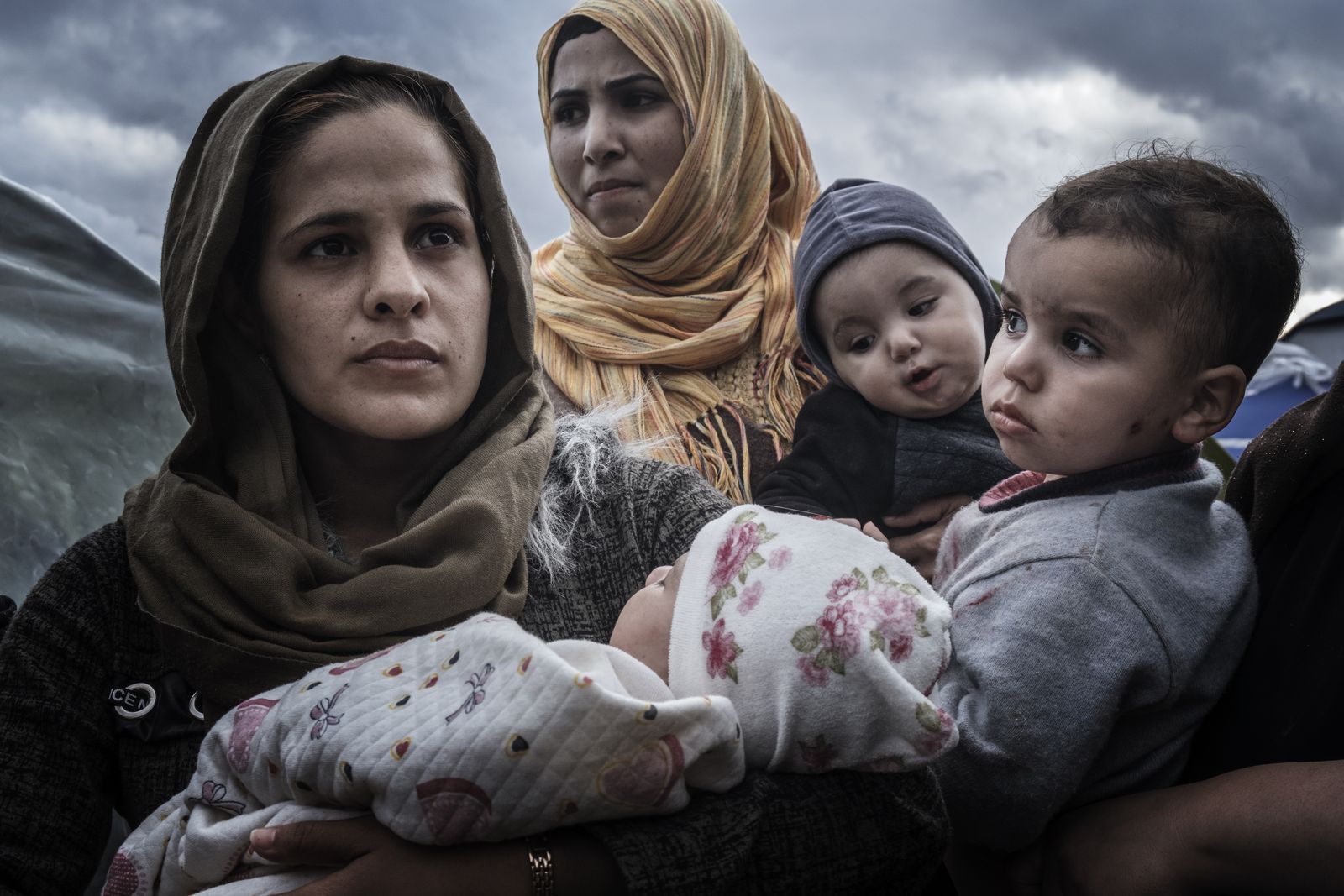 Refugees on the Greek island of Samos 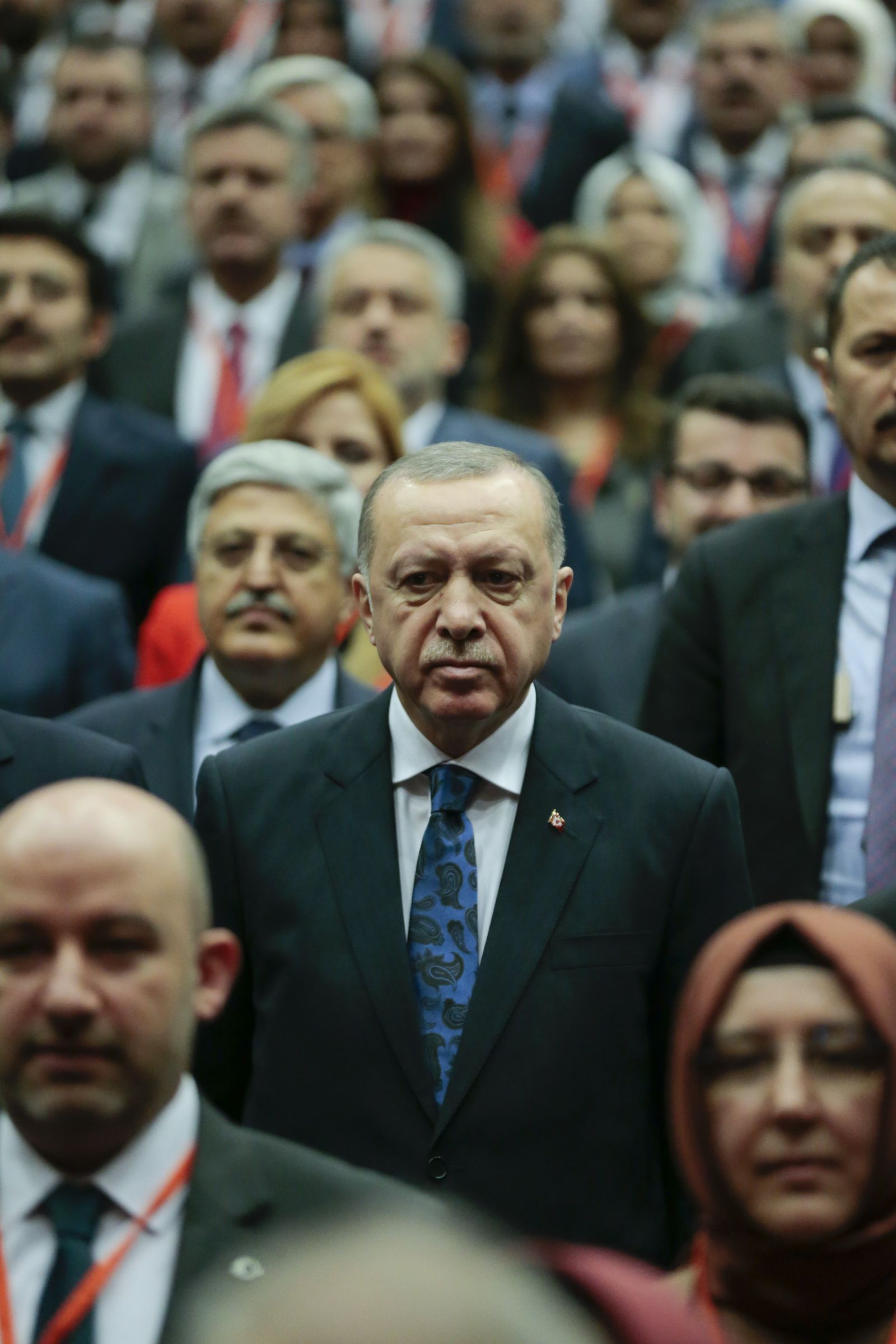 Turkish President Recep Tayyip Erdogan: "All European countries, above all Greece," will experience the negative consequences.