When euro-zone finance ministers meet in Brussels on Monday, a welcome guest will be missing. Christine Lagarde, 57, the French managing director of the International Monetary Fund (IMF), is currently unwilling to discuss giving aid money to ailing euro-zone member Cyprus. For some time now, the Americans in particular have been eyeing the IMF's involvement in Europe with suspicion, causing the Frenchwoman to hit the brakes time and again. "I have no mandate for that" is a statement that the euro-zone finance ministers have heard only too often from Lagarde.

As such, it remains to be seen whether the IMF will ultimately participate in a loan program for Cyprus. A number of countries, Germany first and foremost, have said that IMF participation is crucial. The statutes of the European Stability Mechanism (ESM), the euro zone's €700 billion ($931 billion) permanent backstop fund, stipulate that the IMF must rubber stamp a country's debt sustainability before any cash can flow.

But this time around, the IMF is hesitating. A member of the troika which is currently negotiating the bailout deal with the Cypriot government, the IMF has an entirely different notion as to how the program should look.

In particular, there are differing points of view over whether the Mediterranean island nation will ever be able to repay its debts. According to current forecasts, the Cypriot debt load will grow to 140 percent of its gross domestic product (GDP) by the year 2014.

The IMF believes that such a sovereign-debt level is unsustainable over the long term. Internally, they have made it clear that a country's debt level should not be allowed to exceed 100 percent of GDP at the end of an aid program. To achieve that level, the IMF is insisting that Cyprus be required to adhere to much stricter measures than those being called for by the Europeans. It is a similar debate to the one which nearly caused a rift between the IMF and the EU during negotiations over the Greek bailout.

The IMF is demanding that the ESM step in to save Cypriot banks. Such a scenario would mean that Cyprus would no longer be solely responsible for paying back the €10.8 billion that has been earmarked for the country's banks. Instead, the European bailout fund would have to share the risk. This would make it possible to put a more positive spin on Cyprus' debt sustainability figures.

But Germany, along with the Netherlands and Finland, aims to prevent this. German Finance Minister Wolfgang Schäuble says that a direct bank recapitalization by the ESM would only be possible from March 2014, at the earliest, once a European banking regulatory agency has been established.

The second IMF demand is for the creditors of Cypriot banks to forego a portion of their claims -- a debt haircut in other words. Europe is not unsympathetic to such a move, but would prefer to involve only so-called junior debt holders -- denoting those whose debt is prioritized lower in the event of an insolvency. The IMF, however, would also like to see senior debt holders be forced to pay up.

Even individuals who have entrusted their savings to Cypriot banks may have to accept losses. Here the experts are not considering accounts held by small savers, but rather the billions of euros that have been deposited by Russian oligarchs.

Another issue has also caused an air of mistrust to creep in between the IMF and a number of member states. Germany, Austria, Finland and the Netherlands don't trust the findings reached by a team of IMF experts last autumn with regard to Cypriot money laundering activities. The experts from Washington came to the conclusion that Cyprus is largely playing by the book and only minor legislative amendments are required.

This doesn't go far enough for the northern countries in the euro zone. They don't just want to know whether Cypriot laws meet international standards -- they want to find out whether they are actually applied. Schäuble and his counterparts from the other donor countries intend to put forward an initiative to address these concerns at Monday's Euro Group meeting. They realize that it could take months to answer these questions, but that doesn't deter them.

"We take the topic of money laundering very seriously," says Olli Rehn, the European commissioner for economic and monetary affairs in Brussels, adding that the most recent Cypriot legislative amendments are merely the "first step."

Everyone on the troika team agrees, though, that the Cypriot government should sell extensive government holdings, primarily its valuable stakes in the Electrical Authority of Cyprus (EAC) and the Cyprus Telecommunications Authority (CYTA). But it's unclear how much money can be raised via such privatizations. The government has tapped heavily into state companies to keep its head above water until parliamentary elections in February. Indeed, shortly before Christmas, the chairman of energy provider EAC decided "at the request of the government to grant a loan of €100 million." 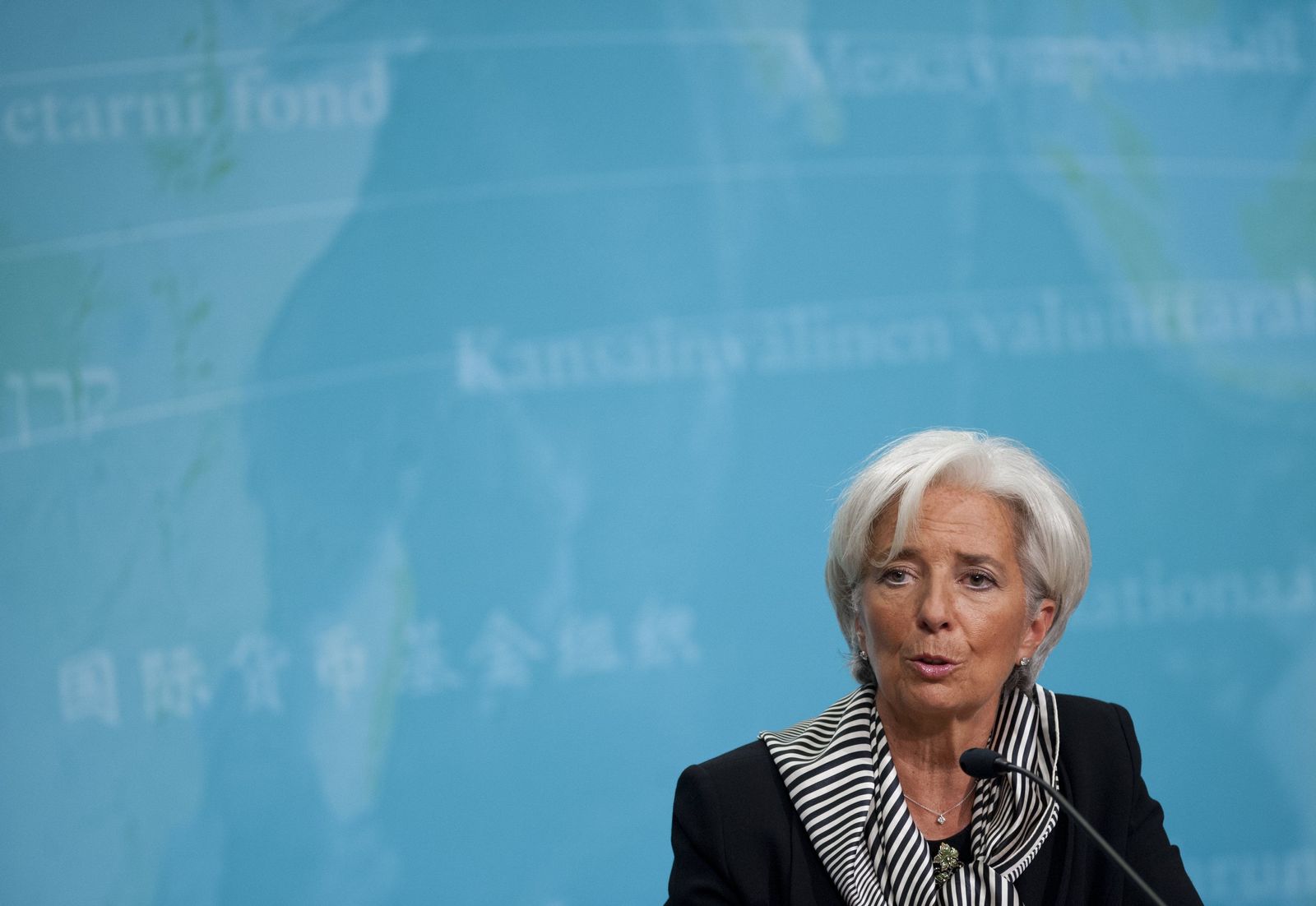 International Monetary Fund (IMF) Managing Director Christine Lagarde: "I have no mandate for that."