It was a telling tidbit of news. This week, the French bank BNP Paribas announced that it had slashed its holdings of euro-zone government bonds, including €2.62 billion worth of Greek debt.

But it wasn't just bonds from Athens that the bank dumped. BNP Paribas also indicated that it had drastically reduced its holdings of Italian debt. In the three months prior to the end of October, the bank sold off €8.3 billion worth of bonds issued by Rome, reducing its exposure by 40 percent.

Not surprisingly, stock markets were elated by the news and the bank's stock price shot upwards. After all, Italy promises to be the next battleground in the fight to save the euro zone from collapse. And world leaders, gathered in Cannes, France for the G-20 summit this week, have taken notice. On Thursday night, they pressured Italian Prime Minister Silvio Berlusconi to agree to have his halting steps toward austerity monitored by both the International Monetary Fund and the European Union.

"He himself knows that the question is not so much the content of the package but the implementation," said French President Nicolas Sarkozy. "That is what we need to work on."

The renewed focus on Italy comes at the end of a week of euro-zone chaos, kicked off by Greek Prime Minister Giorgios Papandreou's Monday announcement that he was holding a referendum on the recently agreed to EU aid package for his country. Amid massive pressure from Berlin and Paris -- and the markets -- however, Papandreou backed away from those plans on Thursday.

Yet even as the turmoil in Athens dominated headlines this week, there were increasingly distressing indications that Rome may also be in trouble. For one, Italian borrowing costs soared earlier this week, with interest rates on sovereign bonds rising to 6.4 percent, perilously close to the mark which triggered emergency Italian bond purchases by the European Central Bank in August. Analysts consider a rate of 7 percent to be the level at which investors stop buying sovereign bonds.

Equally concerning are indications that the Berlusconi government may be close to collapsing. Several former Berlusconi loyalists published an open letter in the Italian daily Corriere della Sera on Thursday calling for a change at the top. One of the parliamentarians indicated that a rebellion could be mounted as early as next week, during a budgetary vote on Tuesday. Reuters reported on Thursday that Berlusconi told European leaders in Cannes that he would call a confidence vote within two weeks. The Italian prime minister has survived 53 votes of confidence since 2008, the last of which took place on Oct. 14.

The brewing crisis in Rome is of particular concern to European Union leaders. The Italian economy is the third largest in the 27-member bloc and the current euro backstop fund, the European Financial Stability Facility (EFSF), would be insufficient were Italy to run into problems similar to those in Greece. Furthermore, the country is sitting on a mountain of debt worth 120 percent of its gross domestic product. Efforts to implement austerity measures, despite the recent passage of €54 billion in belt-tightening measures, have been spotty at best -- partially due to eroding support for Berlusconi from within his own governing coalition.

Indeed, Thursday night G-20 meetings focused almost exclusively on how the euro zone, together with the International Monetary Fund, might be equipped to confront the dangers posed by Italy. In particular, EU leaders, in consultation with US President Barack Obama, discussed working more closely with the IMF on a fund that could step in to support Italy and Spain.

The efforts come just over a week after EU leaders, meeting in Brussels, agreed to boost the impact of the EFSF to €1 trillion. But details on the exact plan remain scarce. One idea was to create a fund into which large sovereign wealth funds -- from China, for example -- could invest. But the uncertainty caused by the situation in Greece has limited the global appetite for investing in such a fund.

"I don't think the market has confidence in EFSF leveraging," said Japanese Finance Minister Jun Azumi, who is also in Cannes for the G-20 summit. "Everyone is expecting the IMF to become more proactive. The focus of the debate is how to set up a firewall, but we consider that the IMF should become one big firewall."

Despite the concerns, the Italian economy, in contrast to Greece, is considered to be fundamentally solid. Furthermore, the vast majority of Italian debt is held domestically.

The renegade parliamentarians in Rome urged Berlusconi to usher in "a new political phase and a new government." One of the rebels, Isabella Bertolini, told Reuters: "We're asking Berlusconi to give us a signal. Whether it is through a reshuffle, a new government or a new premier, it is up to him to decide."

Others, however, would seem to have a clear preference. In comments on Thursday evening, Sarkozy said "I have confidence in the Italian economy." He declined to offer similar backing for Berlusconi. 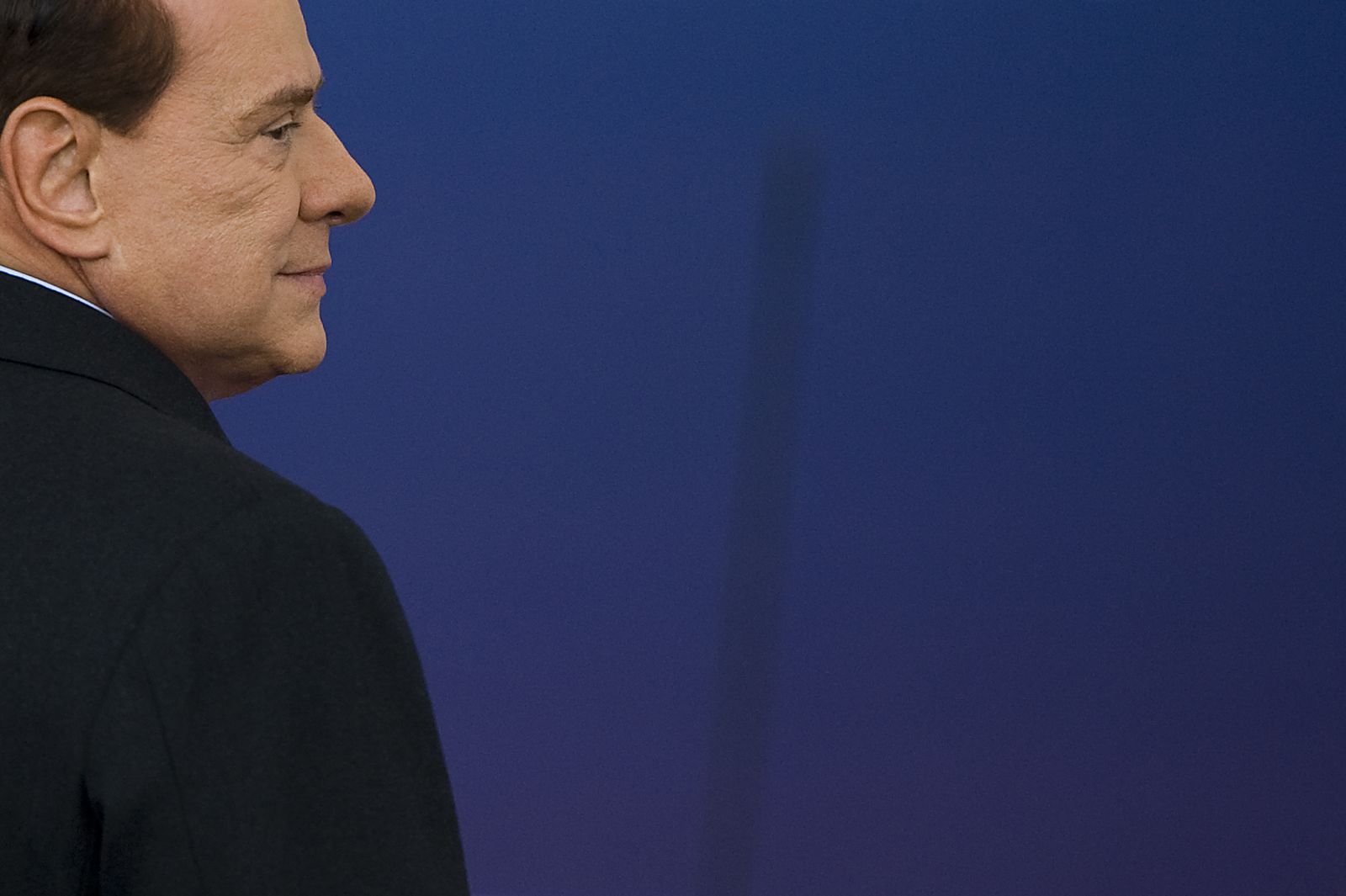