It was a good idea -- at least in theory. The European Commission wanted to create a program with billions in funding to subsidize universities, smaller research institutions and drug manufacturers. The goal was to collaborate in the development of essential medicines. But an investigation by SPIEGEL ONLINE, Swiss public broadcaster SRF and the Belgian daily newspaper De Standaard shows that the Innovative Medicines Initiative (IMI), funded with more than €2.5 billion ($2.74 billion) in taxpayer money, has been used almost exclusively to subsidize the pharmaceutical industry through the circuitous route of research.

The investigative team spent half a year analyzing IMI's structure, procedures and finances, interviewing more than 70 people in the process. Those interviewed included researchers, politicians and employees of pharmaceutical companies and non-governmental organizations.

When it was launched in 2009, former European Commissioner for Science and Research Janez Potocnik described the new flagship as a "Champions League for biomedical research." The IMI's anticipated projects relating to diabetes, mental disorders, pain and drug safety were intended to usher in a new era of research.

A Dense Web: IMI Actors in the Pharmaceuticals Network 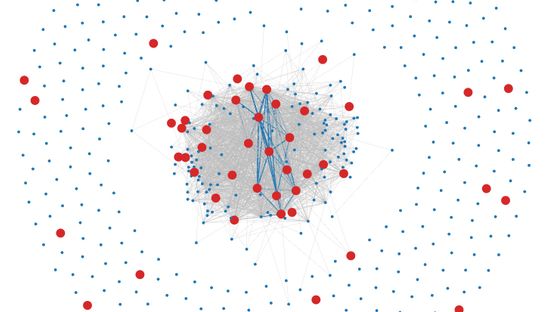 IMI currently has a budget of more than €5 billion. Half of its funding comes from the EU and is disbursed to project partners, including universities, small and mid-sized companies and research institutions. The other half is provided by the European Federation of Pharmaceutical Industries and Associations (EFPIA), which provides investment in the form of payments in kind, such as making laboratories available for research.

More than 1,220 companies, research institutions, patient advocacy organizations and regulatory agencies are involved in the various projects, with 223 participants coming from Germany alone. Pharmaceutical companies such as GlaxoSmithKline, Bayer, Sanofi, AstraZeneca and Pfizer also participate in IMI. Participants in higher education include Berlin's Charité university hospital, as well as universities in Freiburg, Germany, Uppsala, Sweden, and Leiden and Utrecht in the Netherlands. IMI is the world's largest public-private partnership (PPP) in the medical sciences.

So what has become of the project? After five years, it is clear that IMI has developed in different directions than initially envisioned. SPIEGEL ONLINE and its partners reviewed key aspects and problem areas of the project.

We fact-checked IMI in seven important areas, which can be read by clicking on the following links:

In its research, the investigative team determined that the following problems pose key challenges for IMI's credibility:

The European Union, for its part, defends the project, saying it combines the strengths of the participating institutions.

"Today, no one company or organization can solve a major health or drug development problem on its own," says EU Commission spokeswoman Lucia Caudet. As Caudet explains, IMI bundles the strengths of key partners in a network consisting of the Commission and the European pharmaceutical industry.

According to Caudet, these combined efforts enable IMI to achieve advances in our understanding of diseases like Alzheimer's and diabetes and lead to the development of new drugs. "The collaborative approach has already proven successful in many areas," says Caudet. This approach, she adds, is also reflected in IMI's governance structure and the project selection process. According to Caudet, IMI stands for open innovation and offers a platform with which data and knowledge is shared among participants. (Read the complete statement in English here.)

Critics, meanwhile, argue that it is high time to address the conflicts of interest inherent that plague the current IMI setup.

Inge Grässle, chair of the European Parliament Budgetary Control Committee, is skeptical of the organizational form. "It's time for the individuals in charge to finally resolve the inherent conflict of interest," she says. "They are biased, and yet they should in fact be answerable to taxpayers for the proper use of funds."

The journalists conducting the investigation drew some conclusions on their own, as well. Topping them is their feeling that the pharmaceutical industry is long overdue in terms of offering more transpareny and dislosing its internal structures. They also argue that universities and research institutions need to be treated with equal footing within IMI and that non-transparent regulations should be abolished. These, they feel, are the prerequisites necessary for IMI to truly innovate.