On one occasion, Il Duce's little Führer apparently let him down. "It was as if I were made of wood. Not even a hair on my body was erect," Benito Mussolini said in amazement. Maria José di Savoia, the wife of the later King Umberto II, had done absolutely everything in her power to seduce the leader of the Italian fascists on the beach. But Benito simply couldn't rise to the occasion. "I wasn't a man, but a politician," he said.

This, at least, was the way Mussolini, who was prime minister of Italy for 21 years and was known as "Il Duce," later described the scene to his mistress Clara "Claretta" Petacci, who then recorded his words in her diaries.

Those diaries were published for the first time last week, to the considerable consternation of one of Mussolini's descendents. "This woman would be convicted of stalking today," says Alessandra Mussolini, Il Duce's granddaughter. She insists that "not a word" of what Petacci wrote about her grandfather is true.

The Mussolinis never had a very high opinion of Petacci, the only woman who was faithful to Mussolini literally to the bitter end.

Her father was a doctor at the Vatican, and as a teenager she rhapsodized about the "Duce, mio grandissimo Duce." She became his mistress at 19. In 1936, after a two-year separation, she became Mussolini's principal and permanent concubine, the only one who was entitled to bodyguards, a chauffeur and quarters at the Palazzo Venezia.

She called him "Ben," and he referred to himself, none too modestly, as "your giant." He would complain to Claretta, his confidante, about the tight boots he always had to wear. A sentimentalized version of her story was made into a film in 1984, with Claudia Cardinale as the lead.

Mussolini was as obsessed with sex as he was with his own power. Until the day of his removal from power, July 25, 1943, he had "a woman brought to him every day, every afternoon," as his valet Quinto Navarra recalls. The women were recorded in the guest book as "fascist visitors."

"There was a time when I had 14 women and took three or four them every evening, one after the other," Mussolini said. But now, he insisted, Claretta was the only one. "Amore," he said, "why do you refuse to believe me?"

Mussolini spent much of the night before March 13, 1938, when Austria was annexed into the German Reich in the Anschluss, trying to persuade Claretta not to be jealous, and his efforts were successful. As she wrote: "We make love as we have never made love before, until he has heart pain, and then we do it again. Then he falls asleep, exhausted and blissful."

'Your Precious Little Body Shall Only Tremble for Me'

Mussolini himself was intensely jealous and had his "bambina's" every movement observed. "Your precious little body shall only tremble for me," he told Claretta, who was 29 years his junior. Petacci wrote to pass the time she spent waiting for him. She wrote quickly and copiously, writing almost 2,000 pages in 1938 alone. Writing was "therapy" for Petacci, according to publisher Mauro Suttora, "because she spent her days doing nothing but living for Mussolini."

For the most part, however, the pillow talk Petacci describes, interspersed with diatribes against Mussolini's wife Ráchele, is a record of sex addiction, infatuation and hypocrisy. In one instance, for example, Mussolini weeps as he describes the horrors of the war in Spain, where 150 children had just been killed during an air raid. "Just think, entire buildings destroyed, as if they were made of cardboard." But Italy had just ordered the intensification of the bombing.

There have been several questionable publications in recent years that portray Mussolini as a driven man, a tragic figure coerced into persecuting the Jews by Hitler. But Petacci's notes from their love nest leave little doubt that Mussolini was anti-Semitic through and through. "I have been a racist since 1921," Mussolini confided to Petacci in August 1938. "I don't know how they can believe that I am merely imitating Hitler, who wasn't even born at the time. One must give the Italians a sense of race, so that they don't produce any mongrels, so that they don't ruin what is beautiful in us."

'Hitler Really Likes Me a Lot'

After returning from the Munich Conference in 1938, he summoned Claretta. "The Führer is very likeable," Il Duce told his mistress. "Hitler is an emotional person at heart. When he saw me, there were tears in his eyes. He really likes me a lot."

Mussolini was, however, somewhat irritated by Hitler's fits of rage. "Sparks flew from his eyes, his body was shaking and he could only pull himself together with difficulty. I, on the other hand, remained completely calm." In Mussolini's opinion, it was he who had saved the conference. "I was always the one who brought them back to the matter at hand, they got lost in discussion. Hitler sincerely adores me."

After the conference, Mussolini and Petacci went on a vacation to the beach. Mussolini, while flipping through French newspapers, suddenly got into a bad mood. "These disgusting Jews, they should all be destroyed," he said. "I will create a bloodbath the way the Turks once did. I will isolate them and imprison them. They will come to know the steel fist of Mussolini. It is time that the Italians realize that can no longer exploited by these snakes."

Five weeks later, he had pushed through a new race law that declared "mixed marriages" invalid. When Pope Pius XI objected, he became enraged. "Never before has a pope done so much harm to religion as this one. He has already lost almost the entire world." And, he continued, "he does dishonorable things. How can he say that we are the same as the Semites? We have fought with them for hundreds of years, and we hate them."

It is an age-old story and not one that is exclusive to Italy: The story of short, powerful men who wear their hearts between their legs, surround themselves with showgirls and, in the end, are only attracted by anything that is even more powerful and unscrupulous than they are. One sentence that Petacci attributed to Mussolini, "I am like Napoleon," could just as easily have been uttered by one of his modern-day successors, someone who likes to be called, not il Duce, but il Cavaliere or "Papi."

After he was deposed in 1943, Mussolini, with Hitler's help, established the puppet state of the Republic of Salò on Lake Garda. Carletta remained behind in Rome, but the couple eventually reunited and, after fleeing and being arrested by Italian partisans, she and Il Duce were executed together in April 1945.

Petacci entrusted her diaries to the countess Rina Cervis. In 1950 the police unearthed them from where they had been hidden in the countess's garden. After that, they were kept in a box in the national archive, not to be released until 70 years after they had been written.

But was it truly just "pillow talk," as some Il Duce experts contend? And, in Petacci's case, did the old Roman saying hold true: Tell your lover everything, just not the truth?

"Of course, the sweet nothings aren't worth discussing. But the supposed remarks on politics are interesting," says Lutz Klinkhammer of the German Historical Institute in Rome. "When it came to politics, why would Mussolini want to hide anything from her?" he asks. "Petacci wasn't interested in politics. For instance, her notes on Il Duce's anti-Semitism essentially confirm the conclusions of our most recent research."

When the miniature Salò Republic came to an end in April 1945, Mussolini offered his mistress the option of fleeing to Spain, but Petacci declined. A short time later, she was hanging upside-down next to Il Duce above the Piazzale Loreto in Milan, shot by partisans. A passerby is believed to have said: "One thing you can say for her: She did have nice legs." 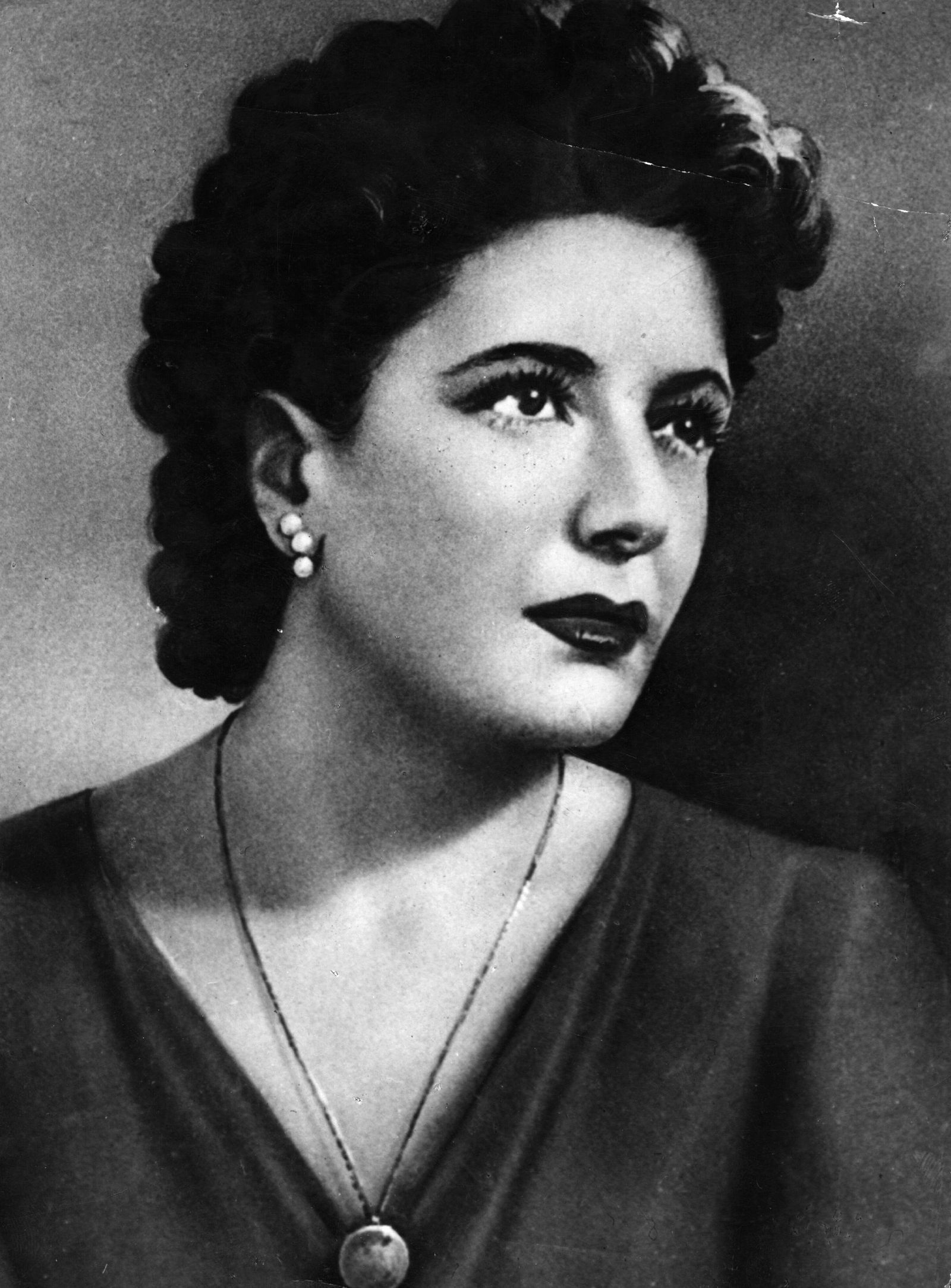