Relief was certainly not the predominant emotion in Brussels on Thursday evening. In faraway Athens, Greek party leaders had announced that, following weeks of talks and delays, they had finally agreed to accept the stark austerity conditions imposed on them by their European Union partners. But euro-zone finance ministers were skeptical as they arrived for their pre-planned consultations in the European Council building on Thursday.

"There are still a lot of uncertainties," noted Jean-Claude Juncker, who chairs meetings of euro-zone finance ministers, a body known as the Euro Group. German Finance Minister Wolfgang Schäuble told reporters that the news from Athens was still not enough to trigger the release of the second bailout package for Greece, worth €130 billion ($172 billion).

The uncertainties remained even after the five-and-a-half hour Euro Group gathering. No decisions were made. On the contrary, Juncker announced afterwards that the Euro Group would have to meet once again next Wednesday. Greece has until then to fulfil several remaining conditions.

Running Out of Time

There isn't much time left. For the last two years, Greece has remained solvent on the strength of a €110 billion bailout package assembled by the European Union and the International Monetary Fund in early 2010. That money, however, has now run out, and Greek debt continues to spike even as the economy has cratered. The second, €130 billion aid package was agreed to in principle last autumn, but it is far from a free lunch. In addition to strict austerity measures, Greece is negotiating a debt relief agreement with private creditors worth €100 billion. Insolvency looms as early as next month, when Athens must come up with €14.5 billion by March 20 for a bond redemption.

Euro-zone countries have laid out two conditions that must be met before the second aid package receives final approval. First, all Greek political party leaders must agree to the austerity and reform program designed by the so-called troika, made up of the European Commission, the European Central Bank and the IMF. Some €3.3 billion in savings must be secured by the end of 2012. Fifteen-thousand public sector jobs must be slashed, the gross minimum wage cut from €751 to €586 and public sector salaries are to be frozen for as long as it takes for unemployment to drop from its current 20.9 percent to 10 percent.

Second, Greece's private creditors, which own some €200 billion in Greek debt, are to relinquish at least 50 percent of their claims. The goal is to ensure that the country's sovereign debt falls to 120 percent of gross domestic product by 2020. Currently, it stands at 163 percent of GDP.

Euro-zone finance ministers, however, believe that neither condition has yet been sufficiently fulfilled. Juncker said that he has noted the agreement reached in Athens on Thursday afternoon. But he added that a further €325 million in savings must be found. Furthermore, he said, the Greek parliament must first pass the new austerity package when it meets on Sunday.

The debt relief negotiations with Greece's private creditors likewise still has a few remaining details to iron out. The talks, said European Economic and Monetary Affairs Commissioner Olli Rehn, are "practically finalized." But the restructuring of Greek debt has been made more difficult by the fact that the country's economy continues to worsen. In order to achieve the goal of achieving sovereign debt equivalent to 120 percent of GDP by 2020, experts believe that private creditors must forgive substantially more than the 50 percent originally envisaged. Or other creditors from the public sector must write off part of their claims as well, the ECB first and foremost.

ECB President Mario Draghi has thus far vehemently opposed forgiving any of the Greek debt held by the bank, arguing that it would be tantamount to direct aid, which would violate ECB statutes. But on Thursday, he hinted that a way might be found for the central bank to make a contribution. Since the beginning of the European debt crisis, the ECB has spent €38 billion to buy Greek sovereign bonds with a face value of €50 billion. Draghi suggested that a way could be found to redirect the €12 billion profit back to Athens.

Draghi's scenario involves sharing out the profits among its shareholders, the euro-zone member states. They could then do with that money what they wanted -- including giving it to Greece. Profit sharing, argues Draghi, is not the same as direct aid.

Even with the additional €12 billion, however, Greece may still need additional help -- and euro-zone member states may be forced to increase the planned €130 billion bailout fund. That, though, is a subject for next week. The troika has not yet completed its analysis of the amount of debt Athens can sustain, Rehn said. Only after the troika report and the agreement with Greece's private creditors have been finalized can a determination be made on how much additional financing Athens might need.

The Euro Group has also asked the European Commission for proposals on how the EU can better monitor Greek implementation of its austerity program. In recent days, the idea of an escrow account into which Greek revenues would be paid -- one which would prioritize debt-service payments -- has been floated. That idea, Rehn said, is being "seriously considered."

Though Thursday night's meeting did not reach any final conclusions, both Juncker and Rehn said that it had been important. Not only is it useful to once again make clear to the Greeks what other euro-zone member states expect, said Juncker, but he said he is also convinced that Greek leaders would not have reached agreement on Thursday had he not called the Euro Group meeting for that evening.

Despite the last minute brinksmanship on the part of the EU, it seems likely that European leaders will ultimately give the €130 bailout package their stamp of approval. Many economic experts, however, say that it will only buy a bit of time. Given the rapidly contracting Greek economy, many doubt that the country's debt load can be slashed to 120 percent of GDP by 2020. And even if it were, the pile of debt would still be much too big for Athens to be able to pay it down on its own.

"We have to finally find a way to plug the leak," a high ranking government official in Berlin recently said. That, though, would likely require a completely new approach to the problem. Economists have long pointed out that Greece cannot solve its vast problems through austerity alone. Rather, the government must finally address the sources of its debt problem -- such as its enormous current account deficit of 9 percent. That, though, can only be solved by way of a massive investment program and the resuscitation of Greek industry. And that costs money. 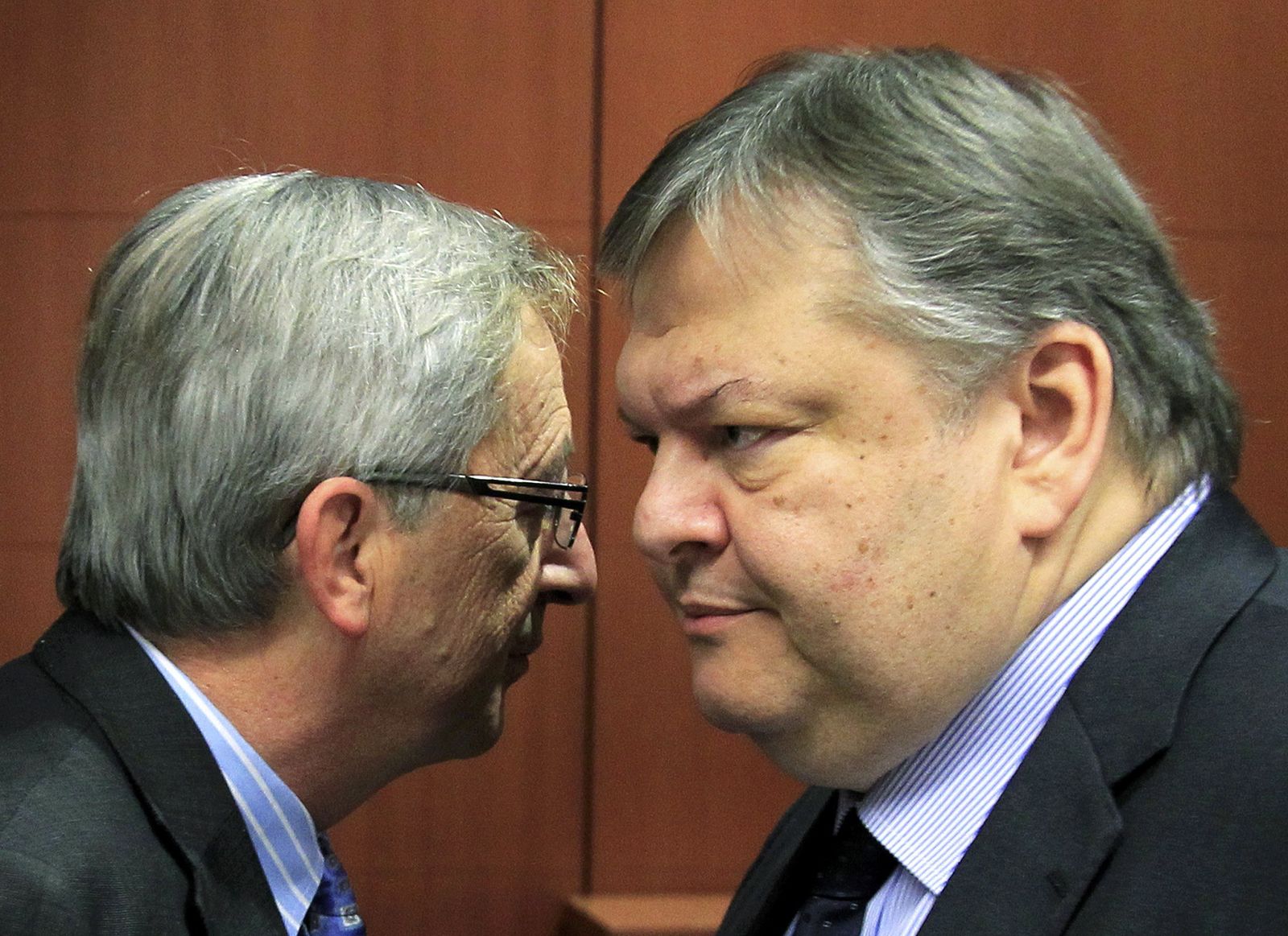