SPIEGEL: Last week, youths clashed with Swedish police for several nights in a row in low-income suburbs of Stockholm that are primarily inhabited by immigrants. Why?

Johansson: People don't understand why a large number of police officers were not able to subdue a confused old man who went on a rampage in his apartment in Husby. The 69-year-old was shot dead even though he was only armed with a kitchen knife. People have the feeling that this wouldn't happen in a wealthy suburb.

SPIEGEL: Was that by itself enough to suddenly trigger such mayhem?

Johansson: Only a small minority participated in the riots. But unemployment is very high here in Husby and in other suburbs. Many youths have neither jobs nor educations. They feel that they are discriminated against and harassed by the authorities as well as by the police, who frequently react in a very brutal manner. Racist insults, such as calling them "apes" or "niggers," are often used.

SPIEGEL: Sweden is a prosperous country. But does it have the kind of social problems found in places like the banlieues, the working-class suburbs of large French cities?

Johansson: Sweden has become a country of neoliberal experimentation. Profit-oriented companies run schools, and poorly funded community schools are being replaced by religious ones. By international comparison, the Swedish educational system has dropped considerably, and the youths in our suburbs have been the victims. Social standards have been drastically cut back, and satellite communities have been particularly neglected. 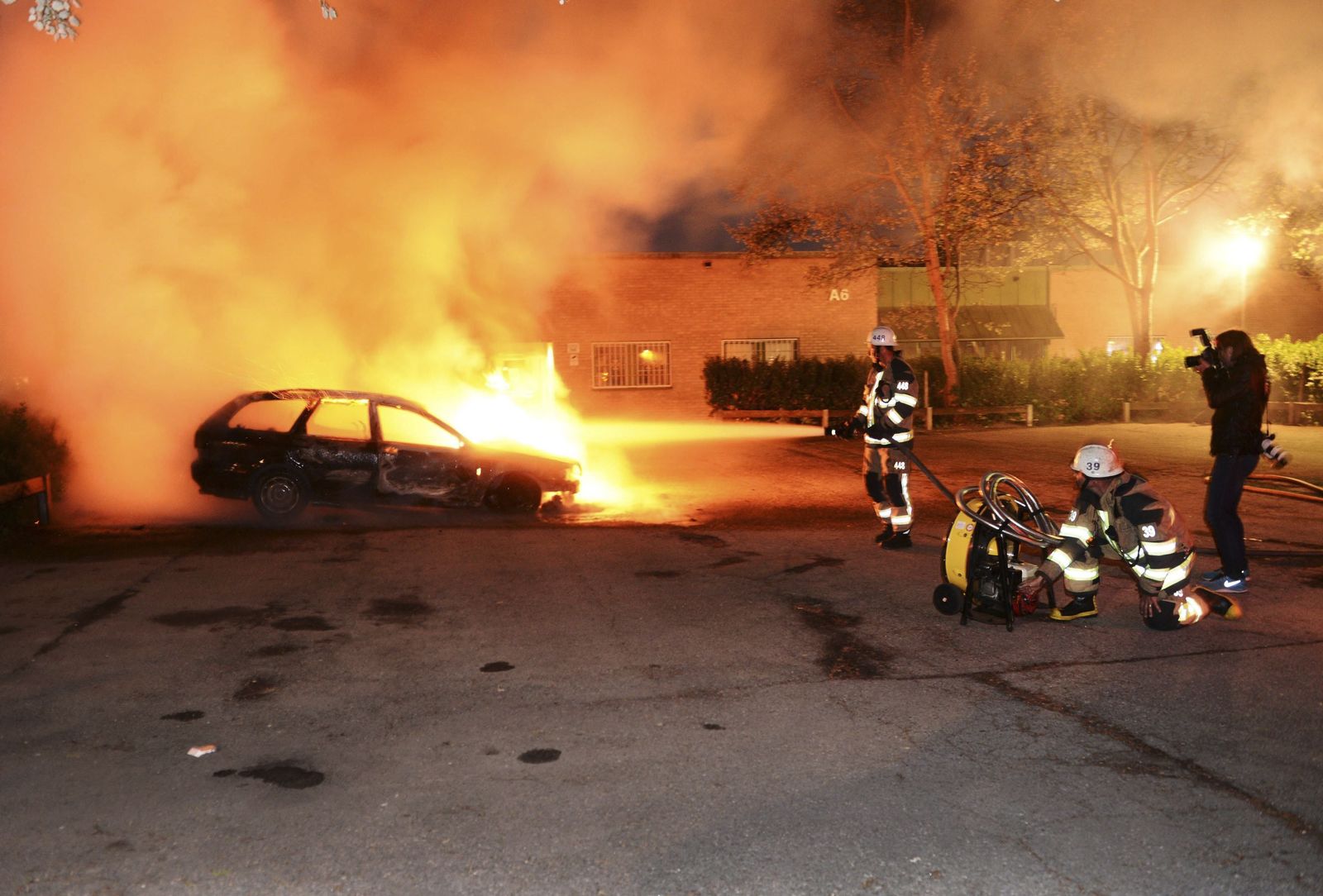 Firefighters extinguish a burning car after riots in the Stockholm suburb of Kista on May 21.