Relations between Berlin and Moscow have been chilly for some time. And on the German side, that has largely been due to the open critique of Moscow voiced by Andreas Schockenhoff, Chancellor Angela Merkel's commissioner for German-Russian cooperation.

Schockenhoff, a member of Merkel's conservative Christian Democratic Union (CDU), was recently named a coordinator in the Petersburg Dialogue, an annual German-Russian forum launched 11 years ago. And he has been open with his complaints about the rough treatment of opposition figures in Russia, the apparent weakening of the rule of law and, more recently, the controversial trial and sentencing of members of the punk band Pussy Riot.

More provocatively, however, was a draft resolution that Schockenhoff helped pen, which strongly criticized the leadership style of Russian President Vladimir Putin and charged that "state power (in Russia) views politically active citizens as opponents rather than partners." In late September, even before the resolution made it to parliament, it was openly criticized by fellow conservatives. Merkel's Chancellery was quick to point out that it had yet to approve the draft. And the Foreign Ministry insisted on watering down the draft.

Caught in the Middle

Nevertheless, Moscow quickly joined the fray. In mid-October, a spokesman for Russia's Foreign Ministry accused Schockenhoff of having defamed Russia on several occasion, adding that the Russia government no longer recognized him as Berlin's official representative for German-Russian relations.

Schockenhoff also came under attack from individual parliamentarians in Russia. Robert Schlegel, a member of the Duma with Putin's United Russia party, told SPIEGEL ONLINE that Schockenhoff "is raising a new iron curtain" and accused him of being "a type of European politician who makes a living criticizing Russia" and who is "incapable of forming an objective image of Russia."

Still, the Chancellery has continued to support Schockenhoff and reaffirmed his position in the Petersburg Dialogue, the next round of which is scheduled for November 14 to 16. Merkel herself will travel to Moscow to meet Putin at the dialogue, and her spokesman promised the chancellor will be just as open as Schockenhoff has been.

Schockenhoff: Moscow's statements about my position are a sign of alienation. It's too bad because this lack of trust is detrimental to our shared interests. Russia and Germany entered into a modernization partnership, but now Moscow has a different concept of modernization than we do. We have to discuss this openly.

SPIEGEL: That's putting it mildly. Moscow has accused you of defamation. The defendants in Stalinist show trials were vilified in much the same way.

Schockenhoff: Unfortunately, the fact that this term is being used is in keeping with the policy of intimidation we are experiencing in Russia at the moment.

SPIEGEL: How is that?

Schockenhoff: The fact is that the police, courts and lawmakers now rely on intimidation and repression of civil society. It's even possible to assign a date to when this approach began: May 6, 2012.

SPIEGEL: That was the day before Vladimir Putin returned to office to serve a third term as Russia' president. The day saw massive demonstrations.

Schockenhoff: We've seen a disconcerting development since then, in that the right of assembly has been curtailed. Then came the new NGO law, under which nongovernmental organizations that receive financial support from abroad are treated as "foreign agents." Finally, the Duma has once again made defamation a criminal offence.

SPIEGEL: Is Russia on the road to becoming a flawless autocracy?

Schockenhoff: I don't want to inflame the debate with catchphrases. The fact is that the Russian government is restricting the debate to the modernization of the armed forces and certain technologies. For a partner like Germany, this has to be cause for concern.

SPIEGEL: Do you think Russia is becoming a dictatorship?

Schockenhoff: Russia certainly isn't on a good path. Just look at demographic developments and the dramatic exodus of capital. Well-educated people are leaving the country in droves. These are poor conditions for modernization.

SPIEGEL: Do Putin and his people even listen to you anymore?

Schockenhoff: Russia isn't just Putin. There is an open and lively debate in the country, one which would have been inconceivable a few years ago. The opposition is currently trying to give itself structure. There is a self-confident middle class that wants more say in the political realm. These are developments that make open exchange and closer cooperation in civil society possible. Promoting this sort of cooperation is the goal of Germany's Russia policy.

SPIEGEL: That won't be all that easy. The Russians have made it clear that they no longer want to work with you as their dialogue partner. The Petersburg Dialogue will be held in Moscow in two weeks. Do you still plan to attend?

Schockenhoff: Of course. Within the Petersburg Dialogue, I am the German coordinator for the civil society working group. The Petersburg Dialogue was specifically created for a situation like the one we have today, where there are misunderstandings and a lack of trust. Right now, we need more rather than less open and unguided dialogue.

Schockenhoff: When I look at the participants appointed by the Russians, I feel optimistic. They are men and women who have said critical things about Russian policy, and they are not people with close ties to the Kremlin. I'm sure that we can speak openly, even about differences of opinion. In this sense, the discussion about the goals and tasks of the Petersburg Dialogue has already paid off.

SPIEGEL: Do you feel adequately supported by the German government? The Foreign Ministry recently wanted to significantly tone down a resolution on the situation in Russia. You wrote the resolution, and it was submitted in Germany's parliament by the parties making up the ruling coalition, including Chancellor Merkel's CDU, the CSU and the business-friendly Free Democrats.

Schockenhoff: With these motions, it's normal for the government to have an opportunity to state its position on specific language. What's unusual in this case is that it made its way public. But the motion will constructively and critically address the situation of constitutionality and civil society in Russia. That's what's at stake. 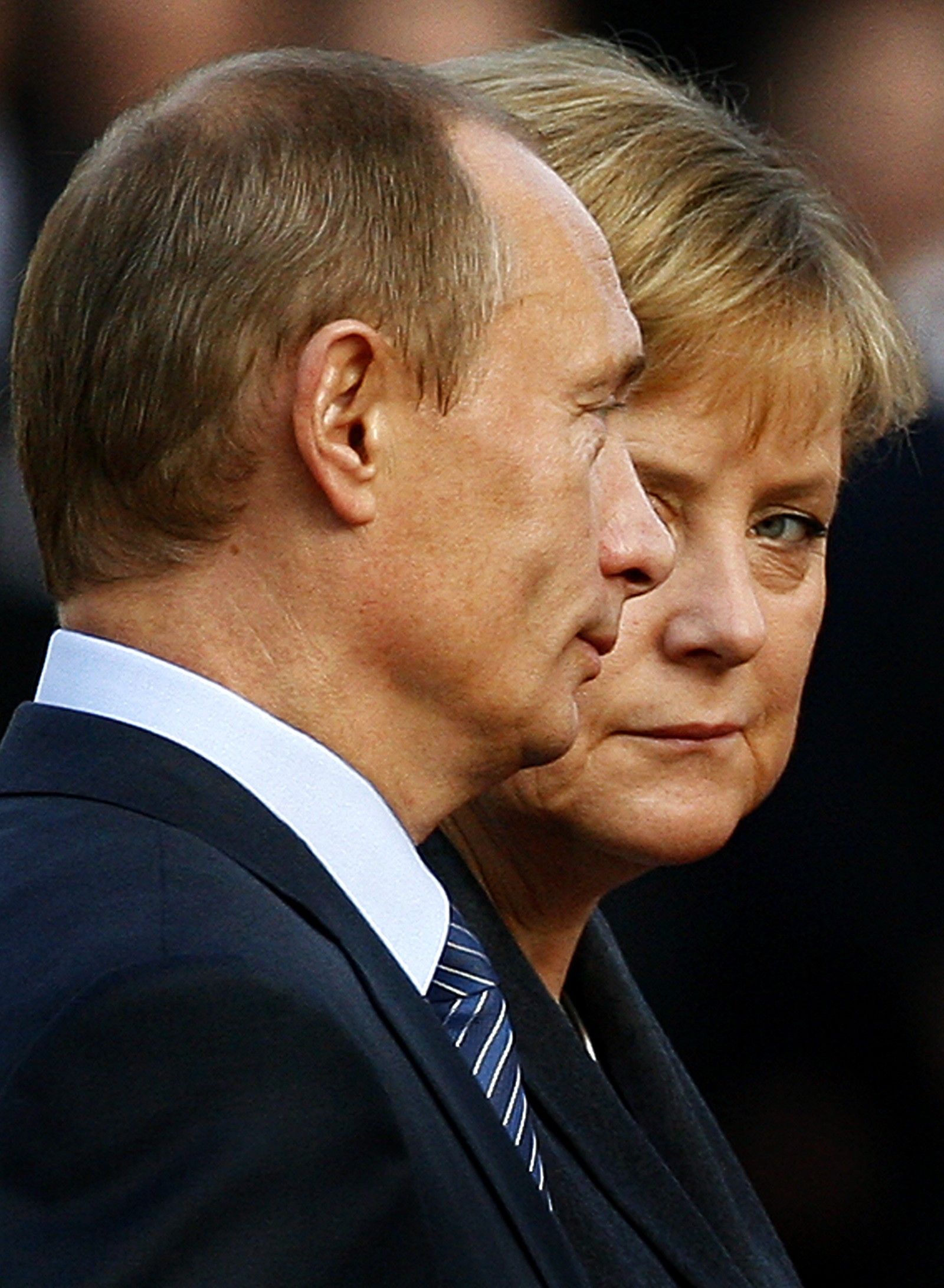 Moscow and Berlin are not seeing eye-to-eye these days. File photo from Petersburg Dialogue meeting in 2007.