DER SPIEGEL: Your Royal Highness, we'd like to talk to you about electric cars.

Crown Prince Haakon: I must confess that I am not your average car enthusiast. There are people, mostly men, who know everything about the performance of cars. I am not one of them. But I like electric cars, very much so.

DER SPIEGEL: Why is that?

Haakon: When I was little, I found it incredibly exciting to assemble remote-controlled cars. I learned a lot from it: how individual parts become a whole and what great things come out of it in the end. E-cars bring this feeling back from my childhood.

DER SPIEGEL: Do you own an electric car?

Haakon: For 15 years already. My first one came from Norway; it was pretty small and was called Think. It brought me to the palace in the morning -- I live 20 minutes away from here -- and on good days, it brought me back as well, at least the first years, when it was new. Later, I had to charge it up in between to make sure I made it home. It had its shortcomings: I almost stopped on the highway several times. Since then, fortunately, a lot has changed. Today there are really good alternatives to cars with combustion engines.

DER SPIEGEL: As crown prince, are you actually behind the wheel yourself?

DER SPIEGEL: When it comes to electric mobility, your country is tops in Europe.

Haakon: Last year, every third new car sold in Norway was an electric car. This year, it could be almost every second. The Norwegian government's goal is that by 2025, all new cars sold will be emission-free.

DER SPIEGEL: It's a bit jarring to walk around here in Oslo. Because of all the electric cars, traffic is so quiet.

DER SPIEGEL: Though Oslo probably isn't completely representative of Norway, is it?

Haakon: That's true. We have far more e-cars in the cities than in the countryside. And there are still large vehicles with combustion engines that are very noisy. Even in Norway, e-cars, account for only 8 percent of all vehicles so far. We still have a lot to do.

DER SPIEGEL: What can Germany learn from Norway when it comes to electric mobility?

Haakon: Countries are constantly learning from each other, Norway from Germany and hopefully vice versa. However, I don't like to give advice. Germans have to find their own way. But I can tell you how Norway has done it. You don't have to pay tax when you buy an e-car. That makes quite a difference, because in Norway we pay up to double the tax-exempt price of a new car with a combustion engine. If you drive an electric car, you can also use the bus lane and park for free. The government has also set up a nationwide network of charging stations. But this is only part of the transport concept. We also rely on trains, ferries, trams and buses. Or on bicycles. The best thing, of course, is to walk.

DER SPIEGEL: Norway has more green energy than it needs. It could actually turn into something like Europe's battery one day. What do you think about the idea?

Haakon: That's definitely a perspective. Germany and Norway already cooperate. In the North Sea a power cable is being laid linking the two countries...

Haakon: It's supposed to transport green electricity across borders. When Germany has a lot of wind and sun, we can import energy to Norway and store more water in our reservoirs In instances when Germany has too little wind and sun, it can use our extra stored water for hydropower. One cable is not enough, but it's a start.

Haakon: We are blessed with renewable resources. Norway's industrialization began with hydropower. Norwegian companies are also investing in and developing solar energy. Investments are being made in wind power, and a considerable amount of research and development is going in to developing offshore wind. So far, offshore wind is still relatively expensive compared to the alternatives, but we are hoping that will change.

DER SPIEGEL: On the other hand, your country is one of the world's largest exporters of oil and natural gas. Norway is a paragon of renewable energies, but it owes its wealth to fossil fuels. That is something of a contradiction.

Haakon: I understand what you mean. Trade in oil and gas has been part of the Norwegian economy for many years. The world is still dependent on fossil energy, but we have to shift away from that. We need a change towards renewable energies. Norway is working to accelerate that change. We need to find a solution as a global community, but we can also do a lot as nation states.

DER SPIEGEL: Does this mean that Norway's oil and gas sector will lose significance?

Haakon: Yes, that will happen.

Crown Princess Mette Marit of Norway (center) collecting trash on the beaches of Norway in 2015.

Haakon: We are already producing less oil today than in the past.

DER SPIEGEL: But the fossil fuels industry intends to develop new oil fields in the next few years. That doesn't look much like a change in direction. If we may, Norway operating as a supplier of oil and natural gas to others while relying on renewables back home is reminiscent of a drug dealer using the revenues from selling dangerous substances to keep himself and his family healthy and fit.

DER SPIEGEL: But do you not also see a certain double standard?

Haakon: The government's position is that we want the green shift to happen. I personally find it fantastic that wind and solar energy have become increasingly competitive in recent years. In many cases, solar power is cheaper to produce than coal power. We have reached the point where prices are helping us. I am convinced that the turnaround will come. This should have happened much sooner. It would have been better for the world.

Haakon: I'm not an activist.

DER SPIEGEL: How do you actually see your role as crown prince? As a kind of green role model, the top environmentalist in the country?

Haakon: My role is not political. But of course the royal family is trying to make its contribution. On the roof of the Royal Palace here in Oslo, we have had solar cells installed. There is an environmental group led by my wife. This group is considering how we can operate more sustainably, it's about avoiding waste and saving energy. We are doing the same at Skaugum, where we live. Last year my wife suggested that we should do without plastic at home.

Haakon: It's hard to banish plastic from our lives completely. Take food for instance. So much of it is wrapped in plastic. We have, though, managed to drastically reduce our consumption.

DER SPIEGEL: Your daughter Ingrid Alexandra is now 15 and your son Sverre Magnus 13. Do you and your wife educate both of them in environmental protection?

Haakon: They educate us. Fortunately, they learn a lot about it at school.

DER SPIEGEL: Have your children ever said they wanted to take part in the Fridays for Future environmental demonstrations instead of going to school?

Haakon: Our children go to school on Fridays, but climate protection is still close to their hearts. What's happening right now is important. Young people around the world are protesting against climate policy,inspired by the Swedish schoolgirl Greta Thunberg. I think this movement is enormously important. Perhaps, in retrospect, it will appear to us as a historic moment - as a moment when it became possible to initiate the change that had long been necessary. The students say that we do not do enough to protect the earth. Obviously, they are right.

DER SPIEGEL: You spend a lot of time on airplanes as part of your job. Does that give you a bad conscience?

Haakon: Yes, I fly a lot. The fact that it damages the environment is a problem we haven't solved yet. I am aware of that. On the other hand, it is also important to meet people personally if you want to make a difference.

Haakon: Probably yes. Also, I live in a rather large house and my office is also in a large house. I would like to live completely sustainably. I'm a long way from that, but I'm trying to reduce my CO2 footprint.

DER SPIEGEL: Do you have any idea how big it is?

Haakon: Probably bigger than most people's.

DER SPIEGEL: It used to be that the aristocracy was famous for its decadence. These days, though, members of European royal houses have been presenting themselves as green pioneers. Does this help the royal image?

Haakon: I don't see myself as a pioneer. I am not a politician either. We have a constitutional monarchy in Norway. It is the politicians who distribute the scarce resources, not the royal family. My role does not allow me to participate in political debates, but I can raise my voice when it comes to the great challenges of humanity.

DER SPIEGEL: So you are careful when it comes to the question as to whether Norway should drill for oil or natural gas in the Arctic?

Haakon: It's not up to me to answer that question.

DER SPIEGEL: Is that sometimes difficult?

Haakon: Usually not. I know what my role is.

DER SPIEGEL: Do you get frustrated when more attention is paid to scuttlebutt about you and your wife Mette-Marit than to your messages on climate protection?

Haakon: I would, of course, like the media to focus on the issues we are addressing. But I am not frustrated. I am grateful to be in a position where I am able to address publicly what is important to me. And I have the opportunity to meet a lot of inspiring and impressive people every day from whom I learn.

DER SPIEGEL: Your Royal Highness, thank you for this interview. 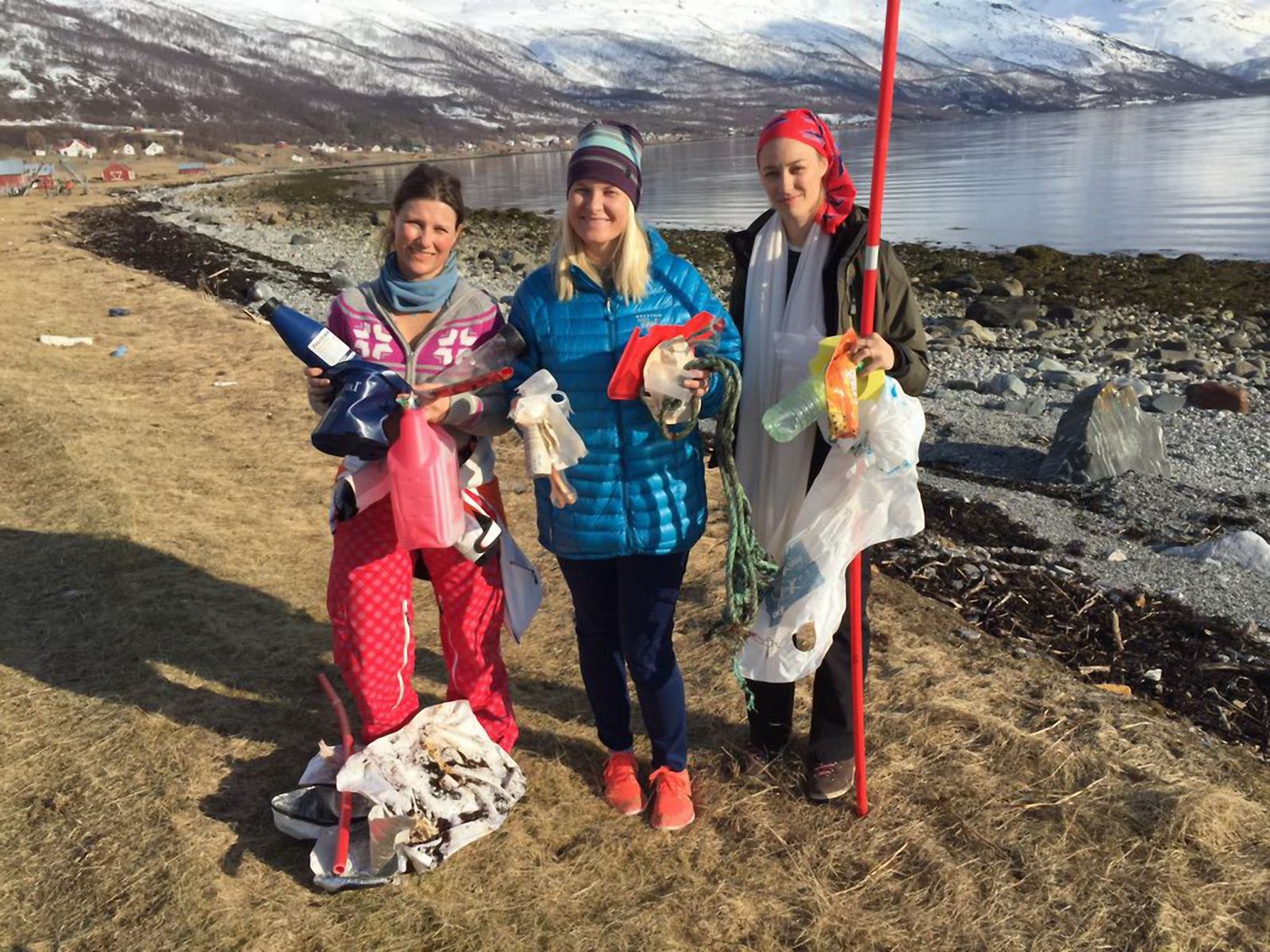 Crown Princess Mette Marit of Norway (center) collecting trash on the beaches of Norway in 2015. 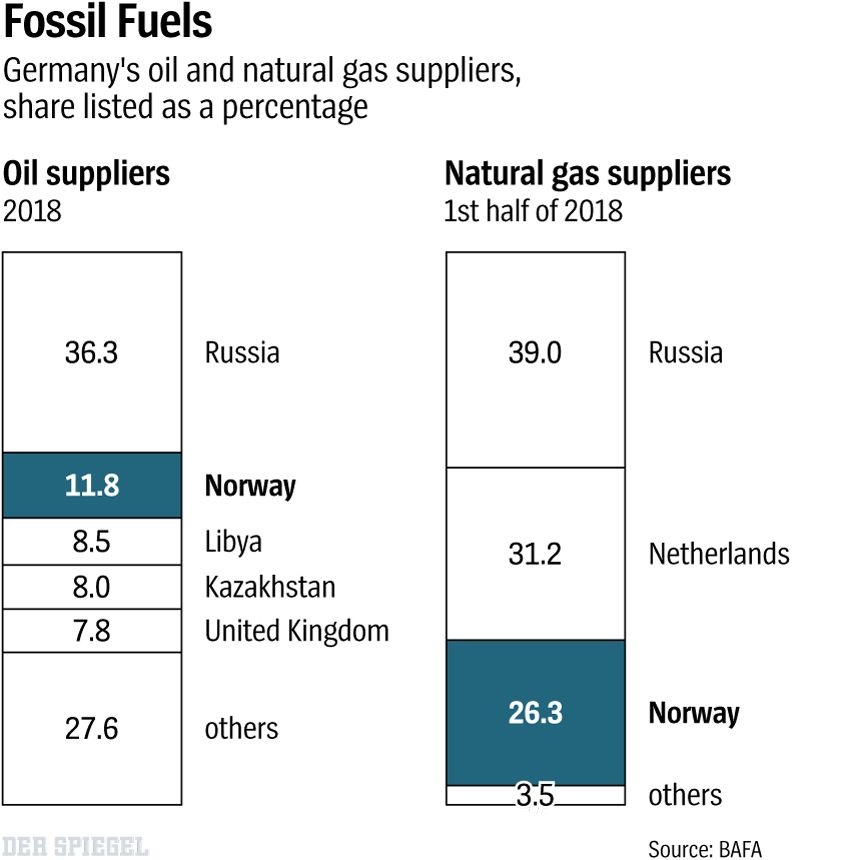