Faymann: I certainly wouldn't promise my parliament that we could get by on €500 billion. My government is prepared for the present EFSF bailout fund and the ESM to overlap in a way that we erect a higher firewall. My finance minister, incidentally, sees it that way too, and like Ms. Merkel, she belongs to the conservative European People's Party.

SPIEGEL: Do you want the billions that remain in the European Financial Stability Facility to be combined with the ESM?

Faymann: It should move in this direction. That way we would come out with €750 billion. The financial markets are observing us very closely, and judge our strength by the height of the firewall. If it's too low, then we give the markets a reason to speculate against us.

SPIEGEL: At the European Union summit in December, you said the European Central Bank (ECB) must gain "additional flexibility" for market intervention. What did you mean exactly?

Faymann: If we manage to get debt brakes into the constitutions of member states and maintain stricter controls on frugal budgetary policy, then we need to take the next step toward further safeguards. I am therefore in favor of the ESM being granted a banking concession, enabling it to refinance with the ECB.

Faymann: I have a different opinion. One has to also tell the countries that have been forced into this severe corset what the benefits of collective protection will be afterwards.

SPIEGEL: In order for the debt brake, which Germany has demanded for all euro-zone member states, to become anchored in Austria's constitution, you need the support of the opposition.

Faymann: We passed the debt brake with a simple majority and believe that the opposition, namely the Greens, are fundamentally ready to raise the debt brake to constitutional status.

SPIEGEL: Within the European Commission, it is said that 95 percent of the fiscal pact's rules could also be governed by normal EU law. Is the fiscal pact, which is being pushed mainly by the Germans, merely symbolic?

Faymann: For me it's more than a symbol. But even if that were the case, the deciding factor is whether it has the right aims. We want to strengthen competitiveness and create lasting growth. We want to fight youth unemployment. Still, one shouldn't overestimate the fiscal pact. Because of the narrow corset created by the Lisbon Treaty, one can't claim that we're reinventing the euro zone.

SPIEGEL: With this Social Democratic agenda, you are rather in the minority among the EU's state and government leaders.

Faymann: Actually this agenda should be consistent with Christian Democratic or Christian Socialist values. I see the biggest difference with the neo-liberals.

SPIEGEL: In Davos Chancellor Merkel said that stricter rules are needed in Europe. It sounds more like a punishment than solidarity.

Faymann: Rules aren't positive or negative, it's about the content. I would welcome it if we regulated the financial markets more strictly, cut down on speculation and founded a European ratings agency. Yes, our high debts make us vulnerable, but speculators have intensified the crisis. Therefore, in the form of the transaction tax, they should also be involved in overcoming the crisis.

SPIEGEL: Austrian banks have primarily incurred losses by speculating in Eastern Europe. Will Europe have to jump in to help out?

Faymann: In Austria too we have made participation capital available to the banks. That cost us money, but in such a crisis the state must jump in. But we must also simultaneously commit ourselves to strengthening controls to avoid the next crisis.

SPIEGEL: Is it still possible to save Greece?

Faymann: Yes, but only if the government, parliament and Greek public has the will to do so. If the country wants to remain in the euro zone, we should support it. That doesn't just go for Greece, but for all of us. We must avoid a disorderly insolvency at all costs. We Austrians have already recently seen just how quickly the domino effect can develop. One of the three ratings agencies downgraded us, and made an explicit reference to the development of Europe as a whole.

SPIEGEL: No one advocates a disorderly insolvency, but what do you have against a controlled insolvency?

Faymann: All of the experts with whom I speak say they can't reliably promise an orderly insolvency. Contagion is incalculable. It would be like a real-life experiment, and we shouldn't get involved in something like that.

SPIEGEL: EU leaders are already negotiating a second bailout package for Greece. Is it not time to be truly honest with the citizens and say that the Greeks won't succeed?

Faymann: I'm in favor of telling the Greeks how they can manage it. In the talks between Athens, the European Commission, the IMF and the European Central Bank, all possibilities are currently being explored, especially the involvement of private creditors.

SPIEGEL: Even if Greece and the banks agree on 80 percent debt relief, the €130 billion envisioned for the second rescue package would not be enough because the Greeks are lagging behind with their reforms. Would you be prepared to increase the rescue package again?

Faymann: I don't want to pre-empt the negotiations. But it is true that we must explore which reforms are realistic. It doesn't help us if we define private sector involvement as a political goal and no one ends up doing it. That is why it is being so intensively negotiated. The decision on the next funds for Greece will be taken by mid-March at the latest. But I wouldn't promise anyone that we won't need more funds for Greece.

SPIEGEL: European Economic and Monetary Affairs Commissioner Olli Rehn said the rescue package would definitely have to be enlarged. The private creditors could have concluded from that comment that they won't have to contribute so much. Did you find Rehn's statement helpful?

Faymann: What is most helpful is if one first works out a solution and then presents it. I would have preferred that in this case as well. That is why I didn't identify in advance how many percentage points or billions I regard as necessary.

SPIEGEL: The IMF demands that the ECB should contribute to debt relief for Greece. Do you agree?

Faymann: I don't think that can be ruled out. But until the overall picture is complete it makes no sense to discuss every single mosaic piece. 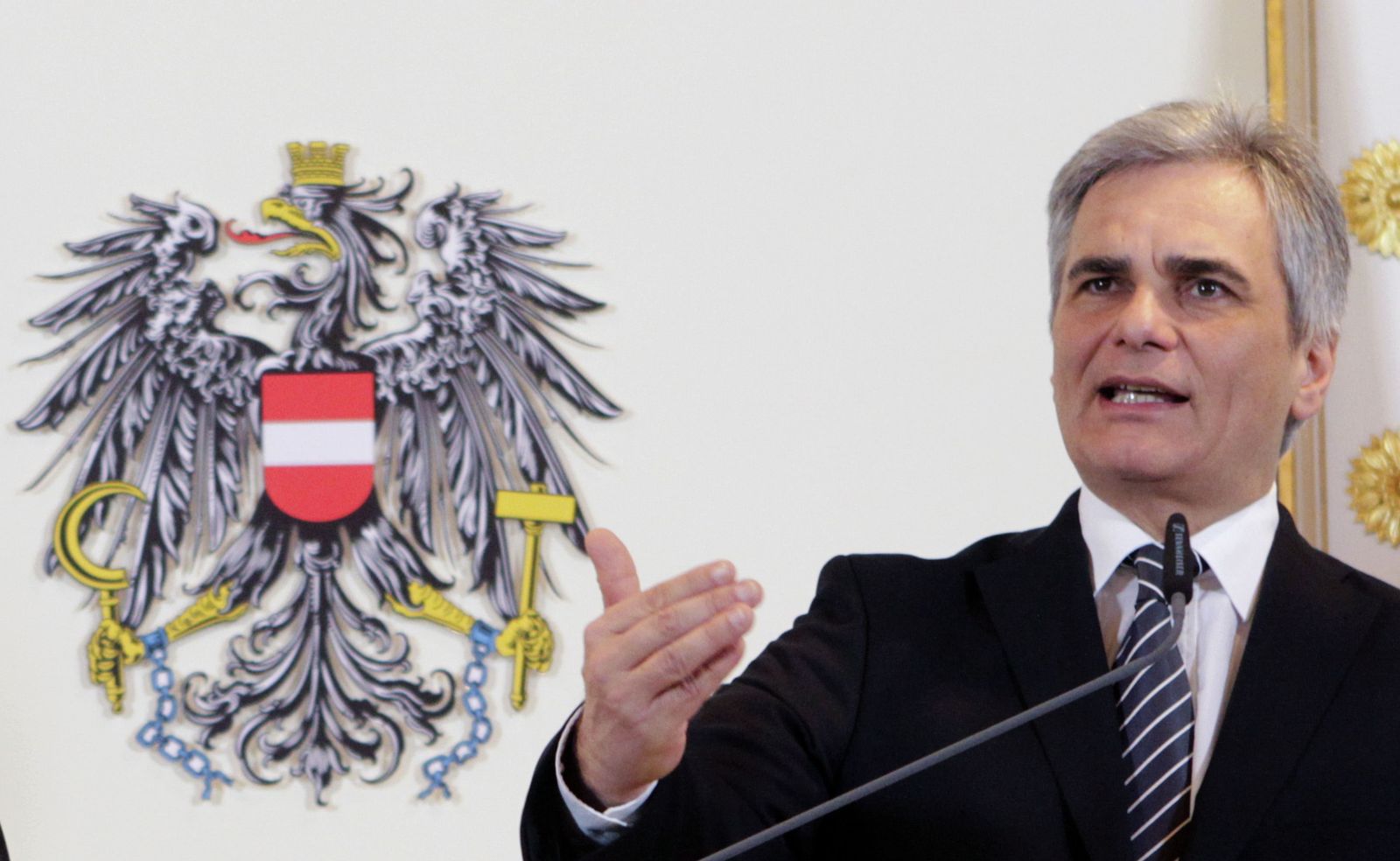