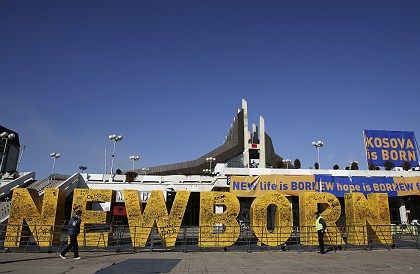 Kosovo declared independence on Sunday. What are the implications for international law?

Kosovo's declaration of independence on Sunday has been recognized by many Western countries, including the United States, Germany and the United Kingdom. However, Serbia and its ally Russia insist that the move is illegal and threaten to do everything they can to make life difficult for the new state.

Kosovo expert Dusan Reljic, who spent many years working as a journalist in Belgrade and now works at the German Institute for International and Security Affairs (SWP), tells SPIEGEL ONLINE about his concerns that the move will undermine the United Nations and international law and pave the way for more separatist groups.

SPIEGEL ONLINE: How problematic is Kosovo's declaration of independence from the perspective of international law?

Dusan Reljic: Three out of the five veto powers in the United Nations Security Council, France, the UK and the US, are of the opinion that Resolution 1244 (Eds: which guarantees Serbia's "territorial integrity) is still valid despite the decision of the parliament in Kosovo, and two, Russia and China, did not. And a majority of the countries that are non-permanent members of the United Nations Security Council were also of the opinion that the declaration of independence is illegal. So it's a political interpretation at the end of the day.

SPIEGEL ONLINE: What are the implications for the UN?

Reljic: The fact that the majority of Western countries are recognizing this move by the parliament in Kosovo means that the West has opted for a resolution to this situation outside the UN system. And this of course is not strengthening the UN.

Reljic: I think that Belgrade will make life extremely difficult for the government in Pristina Representatives of Kosovo will not have access to all institutions that are governed by UN law.

SPIEGEL ONLINE: Will the West's position be weakened if Russia begins to encourage Georgian break-away provinces to declare independence, in the light of Kosovo's declaration?

Reljic: If NATO tries to expand in the Caucuses and tries to incorporate Georgia, Russia might try to recognize these breakaway provinces. And this is obviously something that Georgia is afraid of because the Georgian government has said that it has no intentions of recognizing Kosovo.

SPIEGEL ONLINE: Do you think that EU's failure to show a united front on Kosovo has damaged its attempts to have a coherent foreign policy?

The decision of the Kosovo Albanians to proclaim independence is not something that the EU has endorsed. The EU has been pushed by the US into this position. This was not original EU policy.

SPIEGEL ONLINE: Was this since Bush visited Albania and spoke in support of Kosovo independence?

Reljic: I dont think the Bush administration paid a lot of attention to Kosovo until the last 18 months. Basically Kosovo's separation from Serbia is not the result of an uprising by the Kosovo-Albanians, its the result of the NATO intervention of 1999. Once the US started this intervention, although (former President Bill) Clinton said that the intention was not to create a new state, in the end it lead to the creation of a new entity because that was the inherent logic of intervention.

SPIEGEL ONLINE: What do you think of the argument often made by the West that Kosovo could not go back under Serbian administration after the UN had taken over there?

Reljic: This argument is not valid. The UN has taken over in many areas of the world and not all of them have become secessionist countries. But the road to solving this problem in the UN has been closed now. Which means that we see another weakening of the global system. And this will encourage many to seek unilateral decisions and outcomes and they will use force to do so.

SPIEGEL ONLINE: So it will encourage more separatist movements?

Reljic: It doesnt have to be separatists. It will encourage all forces that think that violence might be a means to fulfil their political aims.

SPIEGEL ONLINE: The EU has offered the perspective of membership to both sides, Serbia and Kosovo. Can this make a difference?

Reljic: Although there is a nominal declaration by the EU that in future these countries might become part of the EU, I dont see any tangible way now, for both Serbia and Kosovo to become members. Kosovo is an EU protectorate now. So is the EU going to negotiate with itself about membership of the EU?

Reljic: Serbia will insist that Kosovo is part of its territory. It will become extremely difficult for the EU to negotiate anything with Serbia in the future.

Reljic: Definitely. It has weakened all pro-European parties, pro-European powers in the region. The soft power of the EU relies on adherence to international law and peaceful outcomes and solutions. And none of this has happened in Kosovo. What we have seen is that violence pays. And this weakens all those people who think that the main value of the European Union is law and peace in international relations.

SPIEGEL ONLINE: How will this effect future cooperation with the International Criminal Tribunal in The Hague?

Reljic: The Hague court is part of UN law. So I think that future compliance with the demands from The Hague will be weakened as well.

SPIEGEL ONLINE: Because the UN's role has been undermined?

Reljic: Yes, its reputation and role and even the instruments it has on the ground.

SPIEGEL ONLINE: What will happen when the EU mission arrives?

Reljic: Like UNMIK (the UN mission in Kosovo) the new EU mission has huge executive powers, which really means that Kosovo is not independent. It's not sovereign, it's run by the EU. It's really a protectorate, a neo-colonial situation.

SPIEGEL ONLINE: What will happen in the Serb-inabited northern part of Kosovo?

Reljic: I don't think that the Serbian parts of Kosovo will cooperate with the EU mission. They will simply say that it is illegitimate mission.

SPIEGEL ONLINE: Will there be a partition of Kosovo?

Reljic: I dont think that the government in Prisitina can at any point establish any control over the north unless it applies force and violence. And this will lead to a new conflict surrounding the city of Mitrovica.

SPIEGEL ONLINE: This seems to be setting up conflicts for years to come?

Reljic: Yes. I dont really see a possibility for a normal functioning relationship between the Serbs and Albanians in the region. This outcome has been imposed on one side, and it simply undermines any kind of long term peaceful coexistence in the region.