Kiril Petkov, 41, recently emerged as the surprise winner of Bulgaria's parliamentary elections – already the third this year – with his We Continue the Change party, which he only founded in the autumn. Like party co-leader Asen Vasilev, Petkov spent years living in North America, where both obtained degrees from Harvard University. Entrepreneur Petkov is hoping to be elected as prime minister of a colorful, four-party coalition government in Bulgaria as early as next week. Petkov granted DER SPIEGEL his first major interview in Sofia since winning the election.

DER SPIEGEL: Mr. Petkov, is the new coalition government that you would like to head actually in place yet?

Petkov: Not quite yet. However, we have completed the work of 18 working groups – whose negotiations, by the way, were broadcast online, transparent for everyone. A first for Bulgaria. We are trying, point by point, to bring together four parties with very different historical backgrounds and different party platforms.

Petkov: Yes, but what matters is that I want to take over the office of prime minister, while my fellow party co-founder Asen Vasilev is to become finance minister and deputy prime minister, with responsibility for energy and the economy, a kind of super-minister.

Kiril Petkow, 41, studied economics in Vancouver and at Harvard University. He worked for a Canadian food company and later started his own firm. From May to September 2021, he served as Bulgaria's economics minister in an interim government. In September, he launched his own party, We Continue the Change, which won the most recent election in an upset victory.

DER SPIEGEL: Two Harvard graduates at the helm of the poorest country in the European Union – a sign that things are going to start looking up?

Petkov: Asen Vasilev and I have known each other since 2006 from our time at Harvard University. And since then, we have been giving lectures here as part of the "Harvard Program.” So, for 15 years, we have been preaching about what could become of Bulgaria, this small, wonderful country. Politically, Asen and I work according to the dual control principle – no decision is made that has not been approved by the other. This serves as a form of checks and balances.

DER SPIEGEL: In Western Europe, you are viewed as a beacon of hope in the fight against endemic corruption because of your experience abroad.

Petkov: In parts of Eastern Europe, too, incidentally (smiles).

DER SPIEGEL: Where would you place yourself and your still very young party on the political spectrum?

Petkov: We are not easily classifiable – we’re neither right nor left. And that is a good thing, because if you still believe in ideologies, you’re not really using your brain.

DER SPIEGEL: What’s the core identity of "We Continue the Change?”

Petkov: We may be a brand-new party, but voters have been able to test Asen and me as ministers in the interim government this year. They took our stand against corruption to be a promise. Our trademark should be that we keep our promises. We can’t promise wealth for everyone, but we can promise hard work and zero tolerance for corruption. We will apply the law without mercy. We want to transform the stigma of corruption that has been attached to Bulgaria into a positive - as a hallmark of a country that overcame this problem.

DER SPIEGEL: It is a promise that many others have made before you.

Petkov: The difference is that we've been doing our thing from the very beginning. Our party rejects financial support from interested patrons, as well as personnel support or the offer of blocs of guaranteed votes. There is no one who can call me and say: "Kiril, you have to do this or that now.” How can we afford this approach? Many people in our core group are graduates of the Harvard program here in Bulgaria. Lawyers, doctors, people in the IT sector.

DER SPIEGEL: Boyko Borisov, who has been in power for almost 12 years and was formerly the bodyguard of Communist Party leader Todor Zhivkov, is still, with his party, the second-strongest force in the country. His supporters are in civil service and in the intelligence services. How do you plan to address that?

Petkov: In the 32 years since the fall of communism in 1989, the parties have changed, but the same political manipulators, well-connected people with money, have always dominated the stage. We haven't become involved with any of them. Can they stop us? We will see.

DER SPIEGEL: Are you in favor of prosecutors conducting investigations into former Prime Minister Borisov and his entourage?

Petkov: We support a fully independent, effective judiciary. I am against calling for investigations of any particular person. But we do need a truly unassailable prosecutor general. The best thing would be for the current incumbent to voluntarily resign.

DER SPIEGEL: Your optimism seems contagious, and naive at the same time.

Petkov: Who would have thought eight months ago that we would win the election? We are optimists, that is true. But most officials in the ministries are not corrupt. We're talking about just a few. We need to weed out those few bad apples. However, we will not be governing alone, and this coalition will be a complicated affair.

DER SPIEGEL: The Socialist Party is to get the ministries of social affairs, agriculture, tourism and industry. The party of dazzling former pop star and TV host Slavi Trifonov will also have to be satisfied. How do you plan to achieve rapid successes with this motley crew?

Petkov: First of all, we hope that the agreement will be signed quickly. Ideally, Bulgaria will have a new government by the end of next week. There is no time to lose. As for the Socialists: They haven’t been in power for a long time, meaning they haven’t been close to the levers of power, so that’s an advantage.

"The voters were sick of everything else."

DER SPIEGEL: The party of former Prime Minister Borisov, which is largely responsible for Bulgaria’s desolate state, is a member of the European People’s Party, making his party a sister party of Germany’s center-right Christian Democratic Union (CDU) party. What does this suggest in terms of the alleged Western value system?

Petkov: We are wondering the same thing. What values does this family of parties actually represent? Is there illicit vote trading in the European Parliament in exchange for turning a blind eye to corruption? In the case of Bulgaria, that does seem to me to have been the case. Whoever grants EU funds without verifying whether the rule of law is functioning in the recipient country is adding to the problems. This needs to be discussed. From now on, Bulgaria will no longer be a silent partner at the outermost edge of Europe. One point, by the way: Boyko Borisov didn’t speak English.

DER SPIEGEL: How solid is Bulgarian democracy when a party like yours emerges victorious from an election just a few weeks after it has been founded?

Petkov: The good news there is that the voters were sick of everything else. During the four months that Asen and I were ministers, we exposed the great fraud scheme of the Bulgarian Development Bank, as well as fraud in road construction projects. The people, it is obvious, want change.

DER SPIEGEL: Even neighboring Romania, devastated by decades of Ceausescu rule, is now in a better position economically than Bulgaria.

Petkov: It’s because of the mishandling of subsidies in our country. They are either going into private pockets or the wrong projects. But in the four months that we were part of an interim government, economic growth was at 10 percent.

DER SPIEGEL: What drives you personally?

Petkov: A look at this country’s potential. We are part of the world’s largest single market. We have good people. It bothers me to see the untapped potential. I can’t stand hearing about Bulgaria being the "poorest country in the EU.”

Petkov: We have to get them back. The members of parliament from my party, for example, are often returnees.

DER SPIEGEL: Bulgaria has the highest per capita death rate among COVID-19 patients and the lowest vaccination rate in the EU. What are your plans for addressing that problem?

Petkov: We have a very clear strategy – people are poorly informed, they don’t trust the system and they often have pre-existing conditions. We need to educate, draw in the best experts, launch aggressive marketing campaigns and incentivize specific target groups.

"We are counting on negotiations rather than propaganda."

DER SPIEGEL: Does Bulgaria really want to join the eurozone?

Petkov: Absolutely. We need to explain the pros and cons to our population. We need to clarify how long the transition period can last, during which both currencies will exist. We want the euro as soon as possible without overwhelming our fellow citizens in the process. People need to understand that after that, it will be considerably easier to attract investments to Bulgaria because the risk of currency fluctuations will be eliminated.

DER SPIEGEL: Your country is blocking the start of EU accession negotiations with northern Macedonia on flimsy grounds. Are you going to do anything about that?

Petkov: We need to set up working groups and let them sit down for six months, so that it’s not just the nationalists on both sides who are calling the shots. Why are there no flights and no train connections between Sofia and Skopje? Let’s talk more about economics than about different interpretations of the shared history. Or about Northern Macedonian textbooks that claim that Bulgarians are fascists. Giving the green light to accession negotiations now without discussion will only strengthen the nationalists in both camps. We are counting on negotiations rather than propaganda. 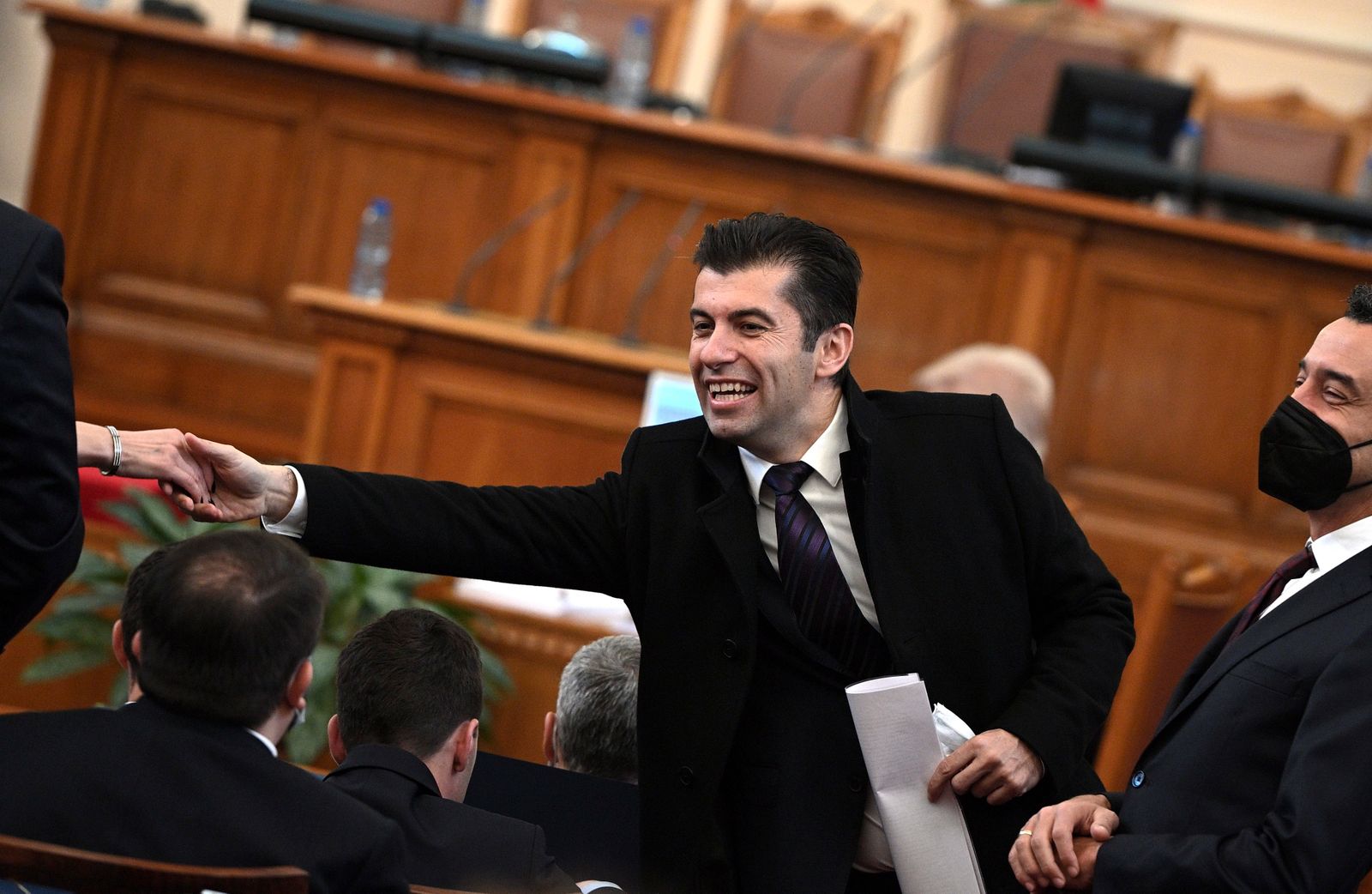 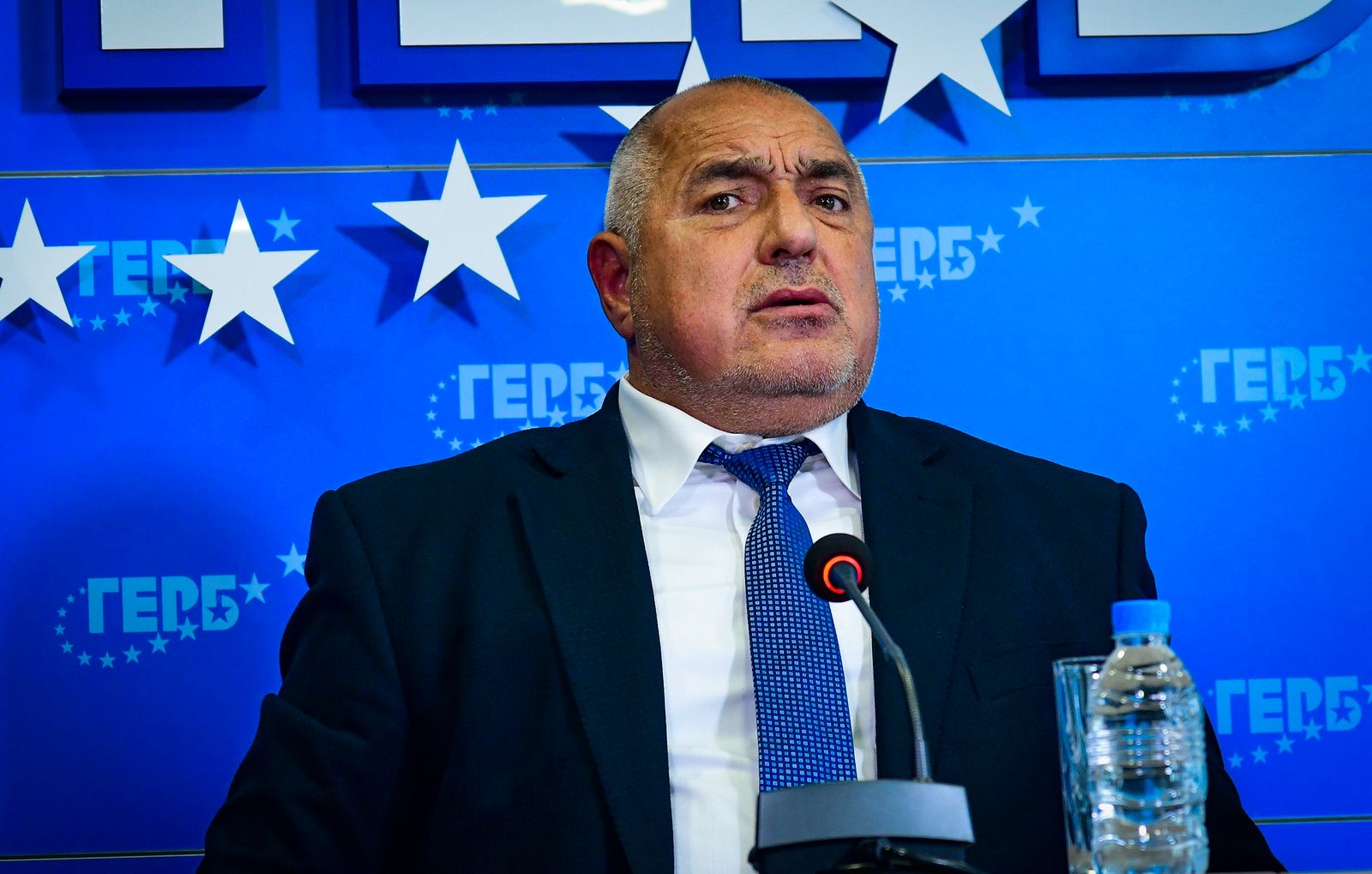 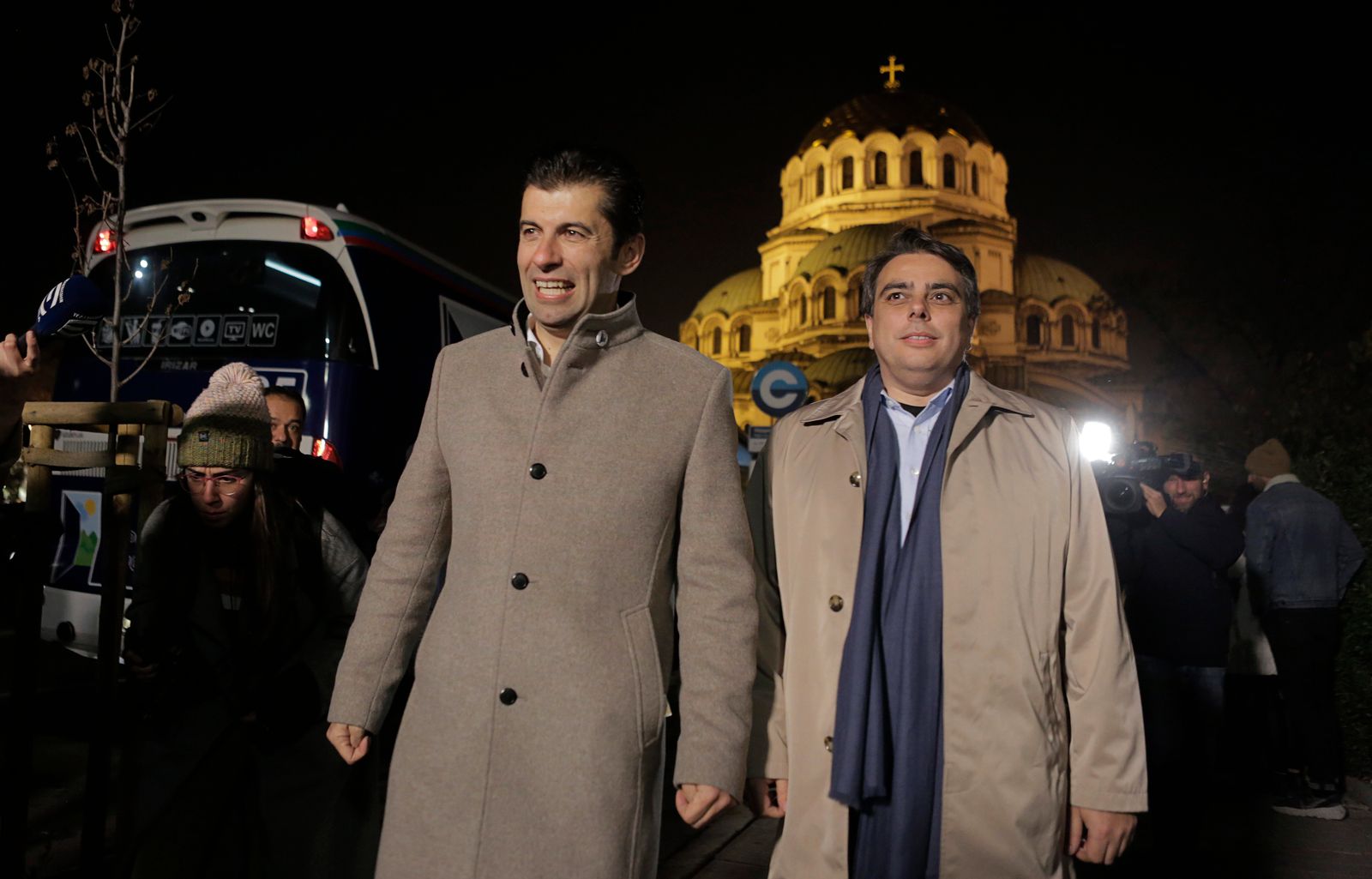