SPIEGEL: Mr. Weidmann, the Euro Group has agreed on a second bailout package for Greece. Have we weathered the worst of the crisis?

Weidmann: More clarity has been achieved about (Europe's) political will when it comes to dealing with Greece, at least. That's a step in the right direction. In the past, the agreements have not been the problem, but rather their implementation. And this uncertainty remains.

SPIEGEL: Do you believe that the assumptions which form the basis of this bailout package are realistic?

Weidmann: That's very difficult to judge from here. We have to rely on the assessment of the troika of the European Commission, the International Monetary Fund and the European Central Bank, because they're directly on the ground (in Greece). In the past, however, the assumptions, for instance concerning how Greece's economy would develop, were always far too optimistic. Ultimately, the key question is: Are the Greek government and the Greek people prepared to implement the program, even after the upcoming elections?

SPIEGEL: Greece is in the fifth year of a recession, with no sign of a recovery in sight. Where is the much-needed economic growth supposed to come from?

Weidmann: We now know that Greece will have to completely reposition its economy. This is only possible if there are comprehensive reforms of the private and public sectors. All of this requires time. An honest assessment of the situation also entails facing up to the fact that Greece won't be able to stand on its own two feet again overnight.

SPIEGEL: Is it actually realistic to expect a country to make such radical changes when it is part of a monetary union?

Weidmann: It's a question of perseverance and acceptance. The adaptation process will have to take place in any case. Without (external) aid, this process is abrupt and extremely tough. With aid, it is extended over time and thus also more orderly.

SPIEGEL: Past experience does not, however, generate much optimism.

Weidmann: There's no doubt that the program involves significant risks. The donor countries have to decide whether and under what conditions they are willing to take on these risks. And it has to be clear that the pledges of aid are tied to conditions, and that this aid will be discontinued if the conditions are not fulfilled.

SPIEGEL: Wouldn't it be more honest to say that Greece is bankrupt and finally grant it the inevitable debt relief?

Weidmann: There is already a debt haircut ...

SPIEGEL: ... but only for private, not public, creditors.

Weidmann: With their capital commitments and low interest rates, public creditors play a significant role in the new program. The risks are being nearly entirely transferred to the public sector. It's totally acceptable that private-sector investors also have to bear the risk for their earlier investment decisions.

SPIEGEL: But the private-sector involvement is not enough to reduce Greece's debts to a manageable level.

Weidmann: As far as we currently know, the troika has come to a different conclusion. Furthermore, if there was sweeping debt relief, I would be concerned that other countries would see this as a possible way of escaping the problems they have created for themselves without much effort. There has to be tangible evidence that a country is doing its part to solve its problems.

SPIEGEL: If Greece doesn't go bankrupt, the central banks will make a profit from their Greek sovereign bonds, which they purchased at low prices. The euro-zone governments intend to pass on part of these profits to Greece. Are you bothered by such a move?

Weidmann: The governments are perfectly free to do as they please with the profits from their central banks. But this entire debate smacks of a somewhat naïve calculation. The underlying assumption is that the central banks will earn a profit from their purchases of sovereign bonds. That is by no means certain. On the contrary: The risks on the balance sheets of the central banks have tended to increase. And that applies not only to Greek sovereign bonds, but the entire range of special monetary policy measures taken during the crisis.

SPIEGEL: How will these risks affect the profits of the Bundesbank?

Weidmann: We will increase our reserves in consultation with our financial auditors. The distributed profit will be considerably lower than last year.

Translated from the German by Paul Cohen
Verwandte Artikel 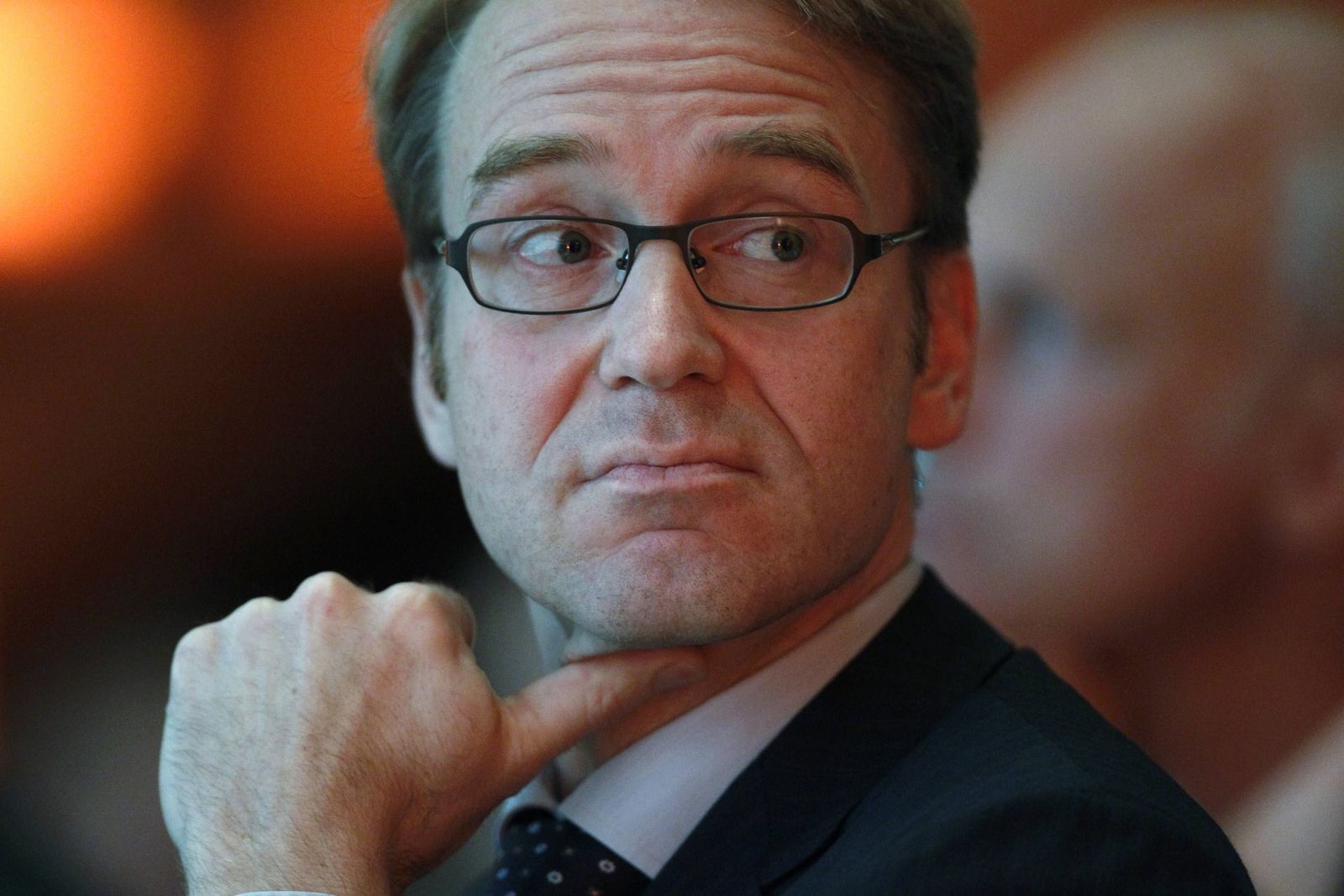 Bundesbank President Jens Weidmann: "We now know that Greece will have to completely reposition its economy."