SPIEGEL: The European Union is currently experiencing the worst crisis since its creation. Why do you still want to join it?

Milanovic: You can't just view our step through the short-term lens of the present. After all, it is better to be a part of the club than to stand alone -- even if the club is perhaps having problems at the moment. Accession requires that we fulfil high standards in economic and political areas. It is like the final exams you have to take when you get an MBA. Once you have it, you cannot be passed over so easily.

SPIEGEL: London Mayor Boris Johnson recently said he would love to see "the beautiful nation of Croatia" join the EU, but he also recommended that your country eschew the euro. Will you follow this advice?

Milanovic: We will work our way towards the euro. But will we then introduce it in 10 years? I don't know. If we were to hold a referendum now on the issue, I'm not sure that we would get the support of the Croatians.

SPIEGEL: What's your assessment of the management of the euro crisis?

Milanovic: In the current situation, one also cannot forget the fact that during the last five decades, the EU has enabled an area that runs from Spain to Finland to grow together when it had previously been worlds apart. That is clearly a success story -- a master stroke. I was born in Yugoslavia, a multiethnic entity -- and there we had structural aid for the poorer regions. Despite this, the economic divide between Kosovo and Slovenia always remained deep. With the euro rescue fund and the fiscal pact, Europe has now added new tools it can use to combat the crisis. I also think the European Central Bank is doing good work. It is purchasing government bonds, driving down interest rate burdens, and, all in all, generating growth.

SPIEGEL: You are meeting with Chancellor Merkel on Tuesday. Particularly in a few Southern European countries, she has become a hate figure. How do Croatians view Europe's most powerful woman?

Milanovic: We have no fear of the chancellor here. I can still remember well how for years people spoke of the German malaise, how Germany trailed behind the rest of Europe in terms of economic growth. But the country pulled itself out of it through courageous reforms. Germany is a role model for us, with its German rationality, its industriousness and even its frugality.

SPIEGEL: Our strict German tendency towards austerity as well?

Milanovic: Yes, that too …

SPIEGEL: Or do you tend to side with François Hollande, a social democrat like you, who would like to pump more money into the markets in order to produce growth?

Milanovic: I know him and his views. He is no frivolous politician. But one also cannot say that his position is in absolute opposition to that of Germany. He is from the north, from Normandy, that suggests that he would tend to have Dutch-Protestant tendencies -- in other words, he's a man who is thoroughly thrifty and is also clued in on economic matters. He's a socialist. And lest we forget, it was Gerhard Schröder, a leftist politician, who pushed through Germany's reforms.

SPIEGEL: From the perspective of a post-communist country, how is the current desolate situation in Greece viewed? Greece, a country that has long been part of the Western sphere has brought the euro to the brink of collapse.

Milanovic: We don't view Greece as a delinquent. The crisis there is a warning symbol for a path that we should not take.

SPIEGEL: Do you worry that tougher conditions are being imposed on Croatia because it is such a latecomer to the European Union?

Milanovic: I am in fact concerned about that. In any case, from our perspective, the benefits of membership overwhelmingly outweigh that. For 10 years, we will receive twice as much money from Brussels as we pay in. We will have an entire generation of time to catch up with the rest of Europe.

SPIEGEL: Many in the EU share the opinion that Romania and Bulgaria were granted membership too soon. Is that why Brussels has been stricter with Croatia?

Milanovic: No, I would not say that we are being penalized for Romania and Bulgaria.

SPIEGEL: Nationalism provoked war in the Balkans during the 1990s. Is the promise of being a part of Europe now stronger in your country than nationalism?

Milanovic: We Croatians are suffering from an overdose of history during the past century. Of course we still have some nationalism. But the feelings are slowly cooling down. We Social Democrats were elected, despite the fact that we never divided people based on their language or religion and despite the fact that we are anything but nationalistic.

Milanovic: There has already been a good neighbors treaty in place for the past 16 years. Much has improved since then. Prejudices between Serbs and Croatians are disappearing, even if this is happening slowly.

SPIEGEL: For now, Croatia will be the last country for which EU membership is a done deal. Do you believe that the process of EU expansion can be revived again afterwards?

Milanovic: Croatia will push for that, but of course it is going to be very difficult. Expansion fatigue has prevailed for a long time now. But we would also like to see our neighbors become members. Serbia, too, of course. 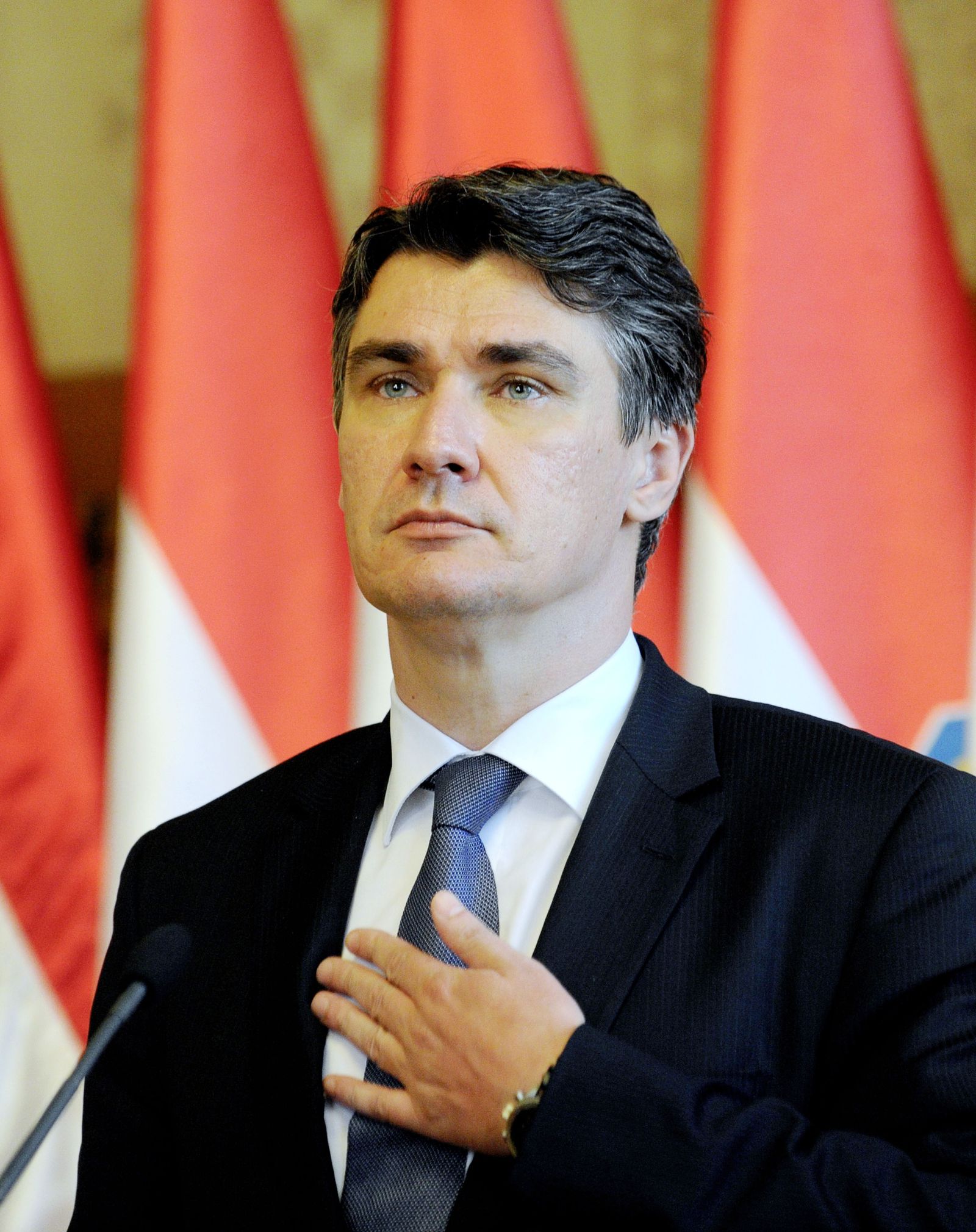 Croatian Prime Minister Zoran Milanovic: "It is better to be a part of the club than to stand alone -- even if the club is perhaps having problems at the moment."