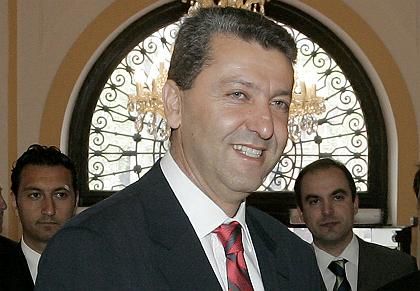 SPIEGEL ONLINE: The road to Turkish membership in the European Union leads through Cyprus. Should Turkey not recognize Cyprus and open up trade with the country, it cannot become an EU member. But domestically, Turkey also has a lot of work left to do to implement the criteria for membership. Does the current government crisis in Turkey between the military-backed secularists and the Islamic government of Prime Minister Recep Tayyip Erdogan worsen Turkey's chances of accession and lessen the chances of finding a solution to the Cyprus problem?

Yiorgos Lillikas: Both. I am afraid that every time we have a political crisis in Turkey, Cyprus pays the price, especially should the military return to power. As we have seen in the past, that would mean a more hardliner policy and a more aggressive policy toward Cyprus. Cyprus is still seen by the Turkish military as vital for the country's security. This is a very old fashioned and outdated approach. If they don't change, then the Cyprus problem cannot be solved and it won't be possible for Turkey to become a member of the European Union.

SPIEGEL ONLINE: Last December at the EU summit, Turkey maintained its refusal to open up all its ports and airports to traffic from Cyprus and elected not to move towards normalizing relations between the two countries. Do you think the Turkish position might soften once the upcoming elections are over?

Lillikas: I certainly hope so. In the European Union, a lot of partners thought that because of approaching elections in Turkey, the government in Ankara was unable to implement its obligations toward the European Union. If that is the case, then it can also be true of the Cyprus problem.

SPIEGEL ONLINE: Given the role the military plays in Turkish political life, why should Turkey be a part of the European Union at all?

Lillikas: If Turkey doesn't change its political culture by adopting European values, then of course it cannot become a member of the European Union. That should be clear for everybody. But we have to keep the incentives alive for Turkey. I am always opposed to those who say that Turkey should never become a member of the EU, because then, the Turkish government has no incentive to pursue reforms. But I am also opposed to those on the other extreme who say that they support Turkey unconditionally. The result is the same. If the Turkish government believes that it can become an EU member without fulfilling the criteria, then it would likewise have no incentive to reform.

SPIEGEL ONLINE: Is Turkey's desire to join the European Union the only lever that Cyprus has in negotiations with Turkey over the potential reunification of the island?

Lillikas: Unfortunately yes. We are too small to have other levers. This is why I am dumbfounded when Turkish politicians say they would never accept the withdrawal of Turkish troops from Cyprus for security reasons. Come on! Maybe we are not very clever, us Cypriots, but we are not so stupid that we would attack Turkey.

SPIEGEL ONLINE: Is the goal of eventual Cypriot reunification the only reason that Cyprus supports Turkish membership?

Lillikas: This is the main reason. On the other hand, if Turkey stays out of the EU, what is the future of Turkey? If we don't accept Turkey into the European Union, then it will turn to other solutions. But what other solutions are there? There is no other solution.

SPIEGEL ONLINE: And there is no other solution for Cyprus?

SPIEGEL ONLINE: Given this fact, wouldn't it make sense for Cyprus to support certain EU concessions toward Turkey like opening up trade with the Turkish controlled, northern part of the island -- which the EU promised Turkish Cypriots in 2004 but which has been blocked by Cyprus since?

Lillikas: This idea is a paradoxical one. Five days before the accession of Cyprus into the EU, the EU decided to work for the economic development of the Turkish Cypriots and that this should lead to the economic integration of the island and eventually to reunification. The question I asked the Commission though is how, through imposing separate trade relationships, this is consistent with the goal of economic integration and reunification? By establishing separate interests, you lead the country to a division. If this is what some Europeans want -- a division of the island -- it is better to say it clearly. But if we are sincere that we want the reunification of the island -- and according to the accession treaty of Cyprus into the EU, the whole island is already a member of the EU -- they must give an answer as to how direct trade serves economic integration. And they haven't answered this question.

SPIEGEL ONLINE: Could one not see the establishment of trade as a symbolic gesture to build trust with Turkey and thus make Ankara more willing to move toward concessions of their own?

Lillikas: If there is someone in Europe who wants to create trust between the European Union and Turkey and to offer more benefits to Turkey as an incentive to integrate with the EU, they should give this benefit from their own country.

SPIEGEL ONLINE: Cyprus, of course, continues to insist that the issue of Turkish accession and the issue of trade with northern Cyprus are separate

SPIEGEL ONLINE:  they are legally separate, yes. But if you want to solve the Cyprus problem, do you really think that the two issues can be completely split from one another?

Lillikas: Why should we adopt the Turkish culture? We should think in a European way, not in a Turkish way. The Turkish government, from the beginning, has been trying to negotiate the European acquis communautaire (European law which new members must accept). It is the first country to have done that. Because they say they have difficulties accepting this or adopting that, they ask for something in exchange. Instead of trying to adopt the European culture, they are trying to get into a political game like in an Anatolian bazaar. We don't accept this. Some politicians in Europe are ready to accept it. My answer to them is: They can give benefits from their own country to Turkey.

SPIEGEL ONLINE: But the issue of divided Cyprus is one issue, with roots much further back than the 1974 Turkish invasion. Turkey's EU aspiration is a completely different issue. But Cyprus insists on wrapping itself in the cloak of the EU in order to address this unrelated problem. 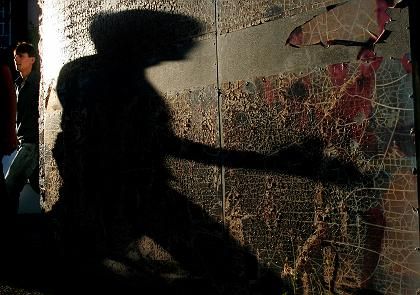 A Turkish Cypriot man crossing through the Ledra checkpoint -- part of the Green Line which separates Greek Cyprus from the Turkish-controlled northern part of the island.

Lillikas: The other way around would be very abnormal. Cyprus fulfilled all of the criteria to join the European Union. Had we not been allowed in because of the Turkish invasion, it would have been like punishing us for being punished by Turkey. Cyprus became a member of the EU because we adopted the EU criteria. We have contributed to the European civilization since antiquity. We are not like Turkey which is trying to adopt European culture. We had the European culture and we contributed to its development.

SPIEGEL ONLINE: Unfortunately, that doesn't make the solution to the Cyprus problem any easier.

Lillikas: To solve the Cyprus problem, compromise must come from both sides, not just from our side as the small, weakest party.

SPIEGEL ONLINE: Is Cyprus really the weaker partner? Cyprus has what Turkey wants and Cyprus can block Turkish membership.