When the Desertec Industrial Initiative (Dii) was founded three years ago, the €400 billion ($560 billion) project was called the most ambitious solar energy venture ever. Three years later, there is very little to show for the effort.

Backed by numerous large companies and accompanied by glowing press clippings, the Desertec Industrial Initiative has served as little more than greenwashing during the last three years. Despite the backing of major European companies, such as energy giant RWE and Deutsche Bank, the project has failed to break ground on a single power plant. Furthermore, two of the biggest supporters at the founding of the initiative, Siemens and Bosch, recently pulled out of the Desertec Industrial Initiative.

Friedrich Führ, a co-founder of the Desertec Foundation, has long been a backer and vocal booster for the Desertec vision. Today, he is frustrated with the direction that the Dii has taken and angered with the lack of progress. An independent business consultant and attorney, Führ left the board of the foundation in 2010. SPIEGEL ONLINE spoke with Führ about the direction of Desertec and the outcome of the third annual conference of the Desertec Industrial Initiative, held last week in Berlin.

SPIEGEL ONLINE: The hype surrounding Dii was significant when the project was kicked off three years ago. Now, though, important backers are abandoning the project. How big of a setback is it that Siemens and now Bosch are pulling out?

Führ: It's a wake up call. Bosch is an associate partner with a three-year contract so if they do not wish to continue, it is a pity, but it has no greater influence. Siemens is a founding member and shareholder of the Dii. They are so big and they have so many other renewable energy components. There is no good reason for it. They made a mistake and now is the time to admit it. They should retract this insult to their fellow shareholders, stay within the Dii and finish the job. Or the board of Siemens will be ignoring their own vision of a green company. I still believe that the vision of Desertec is right and nothing has changed, but the way is difficult. And if the way is difficult, then we have to try harder.

Führ: If the vision of Dii is important to the partners and shareholders then they should now do everything they can to complete the job. And that job is to tell politicians in Germany, Europe and North Africa what industry needs to start mass production of concentrated solar power plants, wind turbines and high-voltage transmission lines. That's what I'm asking for. What I find appealing about Desertec is that everything can be done today. So there is nothing more to develop or invent. Of course you can do things better in the future and you definitely will. But this can be done today.

SPIEGEL ONLINE: Last week was the third annual Desertec Industrial Initiative conference in Berlin. Very little progress seemed to be made at the gathering. Did you see it as a disappointment?

Führ: I don't want to ruin the show, but that's what it was: a show. It was supposed to be a celebration, but it was ruined because the treaty was not signed. It showed that the strategy of the Desertec Industrial Initiative is wrong. In my opinion there are two ways to ruin a project, one is to make the project too small and the other is to make it too big. The Dii ruined it both ways.

SPIEGEL ONLINE: The conference was held at the Foreign Ministry in Berlin, yet Foreign Minister Guido Westerwelle didn't attend. Two other members of Chancellor Angela Merkel's cabinet were also invited or even scheduled to make an appearance, yet not a single German minister came to the conference. Was that a big disappointment?

SPIEGEL ONLINE: That, though, was supposed to be the job of the Desertec Industrial Initiative -- to push the project forward and turn it into a reality.

Führ: And the Dii needs leadership too. There are problems within the organization and all shareholders and partners are responsible for these failures. To be clear, I do not want to see personnel changes right now. But without that leadership, Desertec is in real trouble. It was never the intention of the Desertec Industrial Initiative to become a developer. But that is what happened. They don't have any experience with developing and so they failed. Dii was to be an enabler or a barrier-remover to make the vision of Desertec a reality with regard to Europe and Africa. But they failed there too. I am not saying everything is over now. I am saying: "Correct your strategy and get back to work."

SPIEGEL ONLINE: Are industrial stakeholders such as the German energy giant RWE firmly committed to Desertec or are they using it for their own purposes?

Führ: At the Dii conference in Berlin, RWE recently presented an energy project in Morocco that has nothing to do with Desertec. They are still trying to redefine the initiative. The leaders of RWE say that Desertec is wonderful for Africa. But Desertec is supposed to be the connection between Europe and Africa. RWE is trying to separate them, saying it's good for Africa and that no electricity should come across the Alps, as if the project were just a promotion or a marketing joke. They want to keep their own business model, win time and make a huge amount of money. They just want to maintain their monopoly.

SPIEGEL ONLINE: What would you like to see politicians doing to support Desertec?

Führ: What we need is a feed-in tariff system that is also open for Africa. And we need the European and North African grid. If we build the grid, for the first time there will be a real electricity market that will lead, in the medium- and long-term, to stable electricity prices. But energy has always had more to do with security than with cooperation. Energy companies want to keep a hold on their domestic market monopolies, but a monopolistic energy market is not what we need. The fact that the world is in trouble is of no interest to the big players because they are still earning big money with the old system. Trying to change that status quo is like picking a fight with a giant.

SPIEGEL ONLINE: Yet you haven't shied away from that fight. Why did you get involved with Desertec?

Führ: As a manager, I am interested in the big solutions. And Desertec is part of the solution for the future of energy. Plus, I have five children. Twenty years from now, your children might ask you: "You knew what happened to the climate, so what was your part? Were you just earning money?" I wanted to find a place where an individual could make a difference. I saw the map showing the small red square in the desert that could provide the whole world with clean energy and I was electrified. I asked myself: "If that is true, why isn't it being done?" This project comes from the heart. 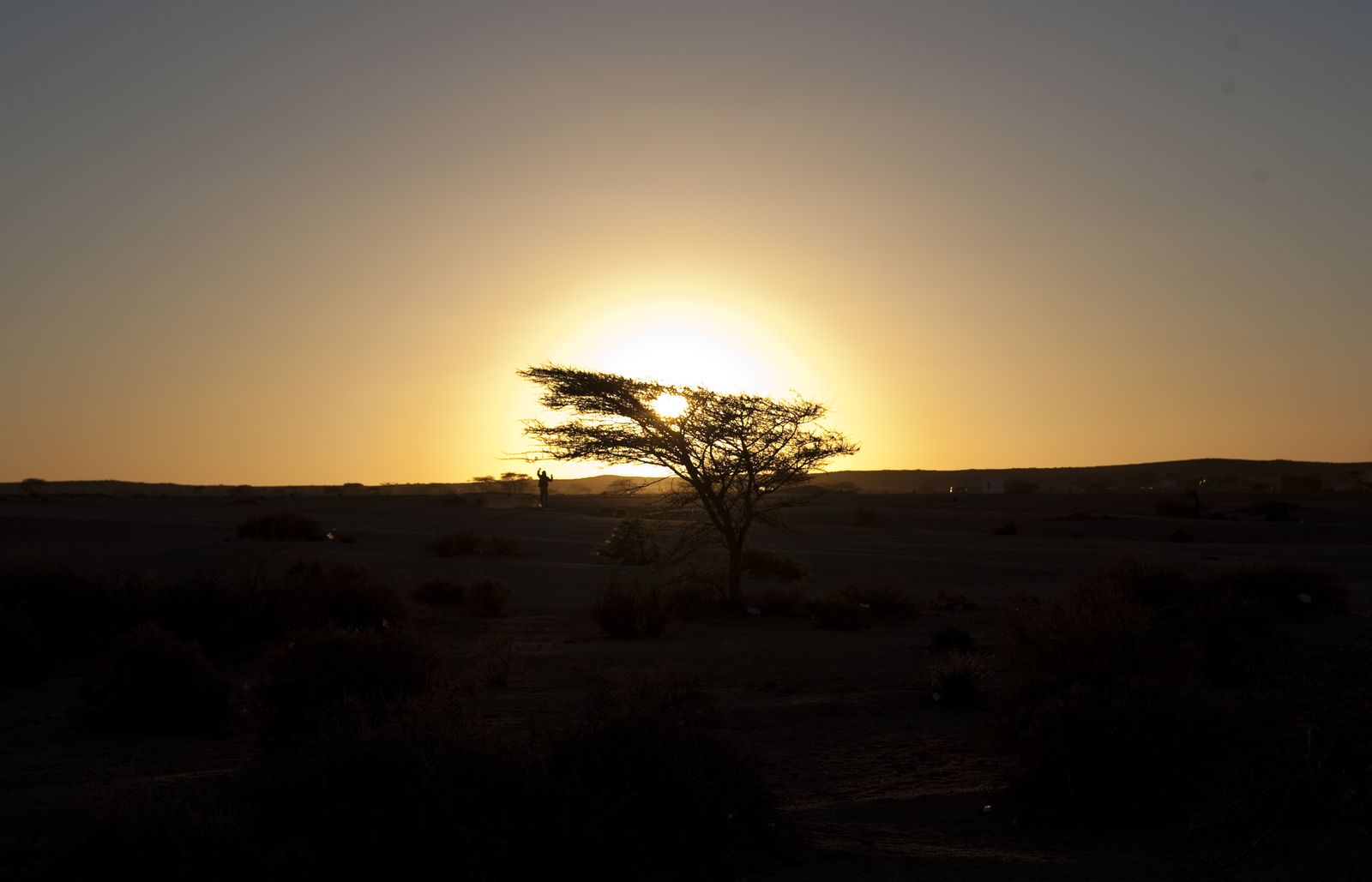