SPIEGEL ONLINE: Mr. Constâncio, you've worked at the European Central Bank for 18 years and have been vice president since 2010. Was there ever a moment when you thought that maybe the euro wasn't such a good idea after all?

Constâncio: No. There were times at the height of the crisis when there were existential doubts about how things would turn out. But I was never in any doubt that monetary union was the right thing for European countries.

SPIEGEL ONLINE: But there were some very severe crises. In 2012, for example, when the risk premiums for Spanish and Italian government bonds rose dramatically and there was a risk that the euro area might break apart. Or in 2015, when Greece was close to bankruptcy. Didn't that demonstrate that the euro area doesn't work well?

Constâncio: The problems were a consequence of the way the euro area was set up to start with, which was very minimalistic. At the time, it was felt that all we needed was a single currency, a central bank and a fiscal brake. But events have shown that that wasn't enough. For example, a crisis mechanism was not envisaged and there was no banking supervision at the European level. A number of important decisions have been taken in the meantime, for instance on the banking union and the European Stability Mechanism. The euro area has started to fix itself - and we're still in the middle of that process.

SPIEGEL ONLINE: Have the countries in the southern part of the euro area done enough on their side to fix monetary union?

Constâncio: Yes. The countries hardest hit by the crisis had high budget deficits and high current account deficits at the start of the crisis. So they were importing a lot more than they were exporting. But a great deal has been done since then. In the meantime, all the countries concerned have a primary fiscal surplus, which means that they are reducing their debt bit by bit. And all these countries now have a current account surplus; they are exporting more than they import. That is quite a turnaround.

SPIEGEL ONLINE: These achievements are now hanging in the balance because one country may no longer want to do its part. Even if their attempt to form a government has failed for now, Italy's two dominant parties are both skeptical of the common currency. They want to push through massive tax cuts and increase spending dramatically, despite that fact that, at 132 percent of gross domestic product, Italy has one of the highest levels of sovereign debt in the world.

Constâncio: It is certainly a challenge, first and foremost for Italy itself. When financial markets attacked Italy in 2012, it demonstrated that perceptions on the financial markets can be volatile and the risk assessment of a given debtor can change abruptly, sometimes with severe consequences - and this even though Italy already had a primary surplus at the time. We will have to see what happens now.

SPIEGEL ONLINE: Risk premiums for Italian government bonds have risen sharply again recently. At what point would the ECB intervene again, as it did in 2012?

Constâncio: I would like to stress that every intervention has to contribute to the fulfilment of our mandate and is also subject to conditionality. The Outright Monetary Transactions program for intervening in national sovereign bond markets of vulnerable countries can only be used if the country in question also agrees to an adjustment program. The rules are very clear on this. Everyone should remember that.

SPIEGEL ONLINE: So if Italy wants to circumvent the EU's fiscal rules, it can't necessarily count on the ECB's help?

Constâncio: I will only say that Italy knows the rules. They should perhaps take another close look at them.

SPIEGEL ONLINE: Aren't we again seeing the conflict at the core of the euro area? On the one hand, you have the stability-oriented northern countries like Germany, and on the other, you have the south. You have followed this debate for so many years now. Can you explain why there is such a fundamental disparity between countries in terms of financial culture?

Constâncio: There are certainly cultural differences that are rooted in history and are still in evidence. Some countries are against credit and high levels of debt, while others are less concerned. It is striking, for instance, that Germany has the lowest rate of property ownership in Europe. Why is that? In other countries people take out loans to build houses - especially now, with interest rates so low. In Germany, you barely see that happening. So, there are big cultural differences in certain respects, but reality has shown that compromises have to be made. And they have happened.

SPIEGEL ONLINE: Would it have been easier to resolve the crisis if the German approach had not been so dominant?

Vítor Constâncio, 74, has been vice president of the European Central Bank (ECB) since 2010. Prior to that, he was governor of the Portuguese Central Bank, a position he took in 2000 and which also came with a seat on the ECB Governing Council. At the end of May, his tenure at the ECB will come to an end.

Constâncio: Yes, I think so. Germany is a very successful country, and its success is built on a strong set of rules and respect for those rules. And things have gone very well for Germany since World War II. But this strict approach also has a weakness in times of crisis, particularly when a fast and flexible reaction is required. The reaction to the financial and sovereign debt crisis could have been quicker, and more flexible. That is my personal view. We have learned from the crisis and are in the process of fixing monetary union. But a few more steps still need to be taken. Most of all, we need much closer coordination of fiscal policy - and a stabilization fund that can absorb sudden significant shocks. And the banking union is not yet complete.

SPIEGEL ONLINE: French President Emmanuel Macron wants to eliminate those very shortcomings and thereby change the fundamental features of the euro area. His plans include a common European budget, a European finance minister and a common deposit insurance scheme for European banks. Can you understand that the German government is resisting many of these plans?

Constâncio: I think one of the reasons for hesitation on the part of many European governments is that the euro area is currently going through a phase of very robust economic growth. When times are good, it's always difficult to undertake reforms, because there doesn't seem to be any need. In the past, significant EU reforms were always decided on at the height of a crisis. But that also makes them more expensive.

SPIEGEL ONLINE: Will it take another euro crisis before we have a banking union?

Constâncio: You'd think that the banking union would be the easiest of these reforms. What we need most of all here is to introduce a common European deposit insurance scheme, so that the savings of bank customers are protected at the European level if a bank fails. That would further strengthen confidence in the euro, because our money essentially consists of bank deposits.

SPIEGEL ONLINE: Right now, Germany is balking at the idea of this kind of mutualization - not least because many Italian banks are still harboring huge numbers of bad loans on their balance sheets. Nobody in this country wants to be liable for that. How can this problem be solved?

Constâncio: It's already being solved. We have started to considerably reduce levels of what are known as non-performing loans in the euro area - by more than 300 billion euros since 2014. This reduction has come about as a result of the pressure exerted by ECB banking supervision. And that pressure will remain strong.

SPIEGEL ONLINE: There's another point on which Germany stands more or less alone against most other euro area countries, and that's interest rates. German savers are waiting to receive interest again on the money they have in the bank.

Constâncio: I understand their concern. But German savers didn't exactly have it better in the past. They might have got 2.25 percent interest on their deposits before the euro was introduced, but inflation was also much higher back then, at 2.4 percent. So what we call the real interest rate was negative then too.

Constâncio: But then there is the other side of the coin. Low interest rates help public and private borrowers. People in Germany are not making use of that. As I said before, the rate of home ownership is pretty low - and has even declined in recent years.

SPIEGEL ONLINE: That's probably mainly to do with the steep rise in property prices.

Constâncio: Yes, but only in cities, not everywhere. Germans could use the low lending rates to their own advantage. That would mean borrowing somewhat more, but many people just don't want to do that. They could have taken much greater advantage of the situation.

SPIEGEL ONLINE: Does that also apply to savers and investors?

Constâncio: Yes, people in Germany leave too much money in their account instead of investing it in other, higher-yielding assets.

SPIEGEL ONLINE: All the same, can you give German savers reason to hope that interest rates will finally start to rise again in 2019?

Constâncio: The Governing Council of the ECB decided that the Eurosystem will continue to purchase assets at a rate of 30 billion euros each month until the end of September, and that interest rates should remain at their current levels beyond the end of the purchase program. Market participants currently expect interest rates to change around the middle of next year.

SPIEGEL ONLINE: As a result of the ultra-loose monetary policy of central banks, stock market prices are rising for the ninth year in a row. Can this end without a crash?

Constâncio: There will not necessarily be a crash. But history shows that stock markets cannot go up forever. The economy will go into a recession again at some point, and then there will also be a correction in the stock markets. Nobody knows how big that correction will be. But no one is expecting a major crisis - unless there is a huge geopolitical crisis. That would be a different situation.

SPIEGEL ONLINE: The looming trade war could also be a risk for the markets. The import tariffs announced by U.S. President Donald Trump on European products such as aluminum and steel are due to come into effect on June 1. Furthermore, Trump is threatening further tariffs on car imports. What impact would a trade war have on the economy?

Constâncio: That would step up tensions and it would be bad for the entire world. Not just for us, but for the United States too. But the import tariffs concretely announced on steel and aluminum so far are very limited. Products affected amount to just 2 percent of U.S. imports. The problem is that if the conflict evolves as it did between the two world wars, for instance, it could have fatal consequences for the global economy.

SPIEGEL ONLINE: Do you think that it will come to that?

Constâncio: I don't think that anyone wants a real trade war, because everyone knows that we would all stand to lose. 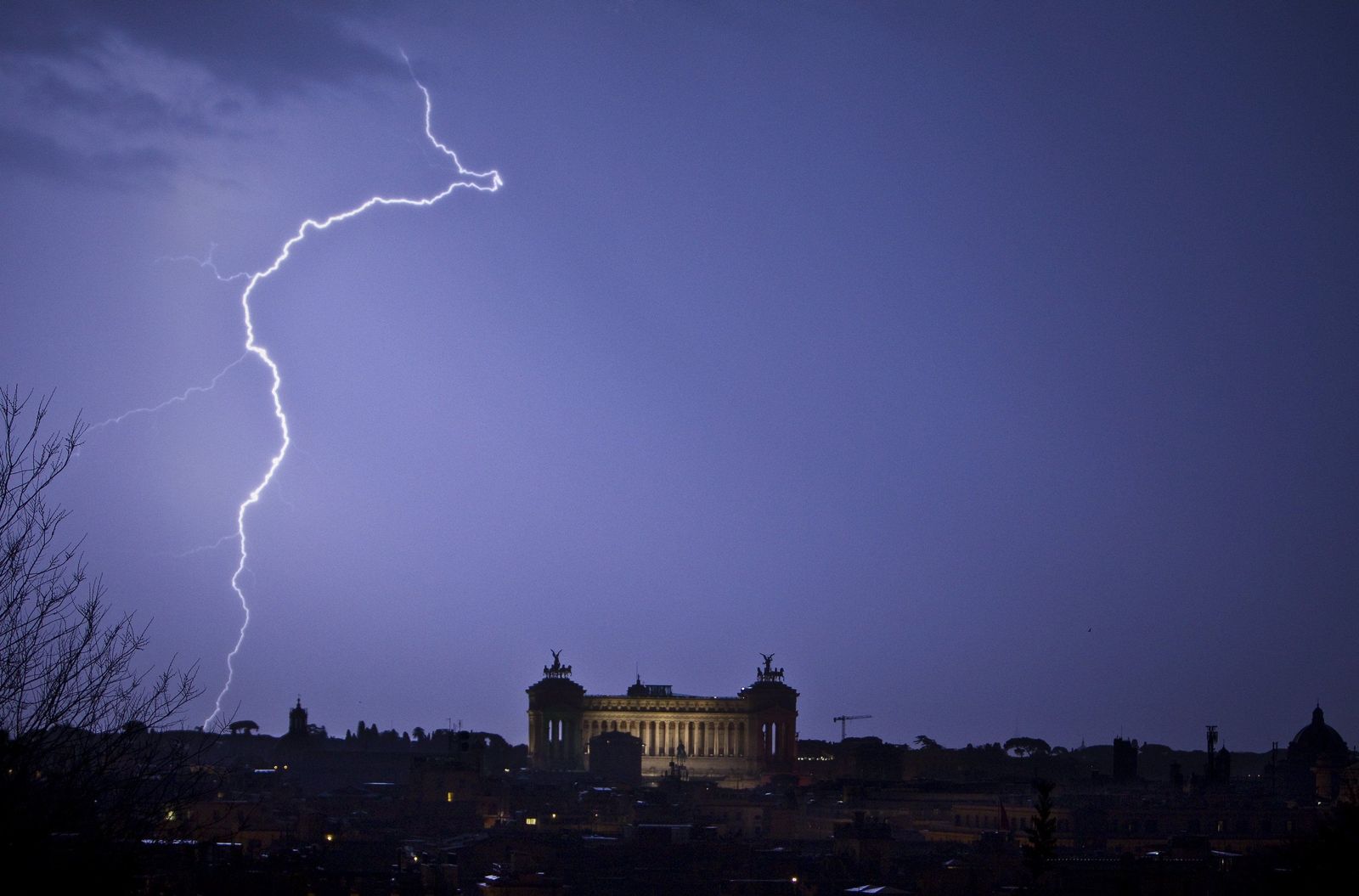 All eyes are on Rome this week as the bond market tightens. 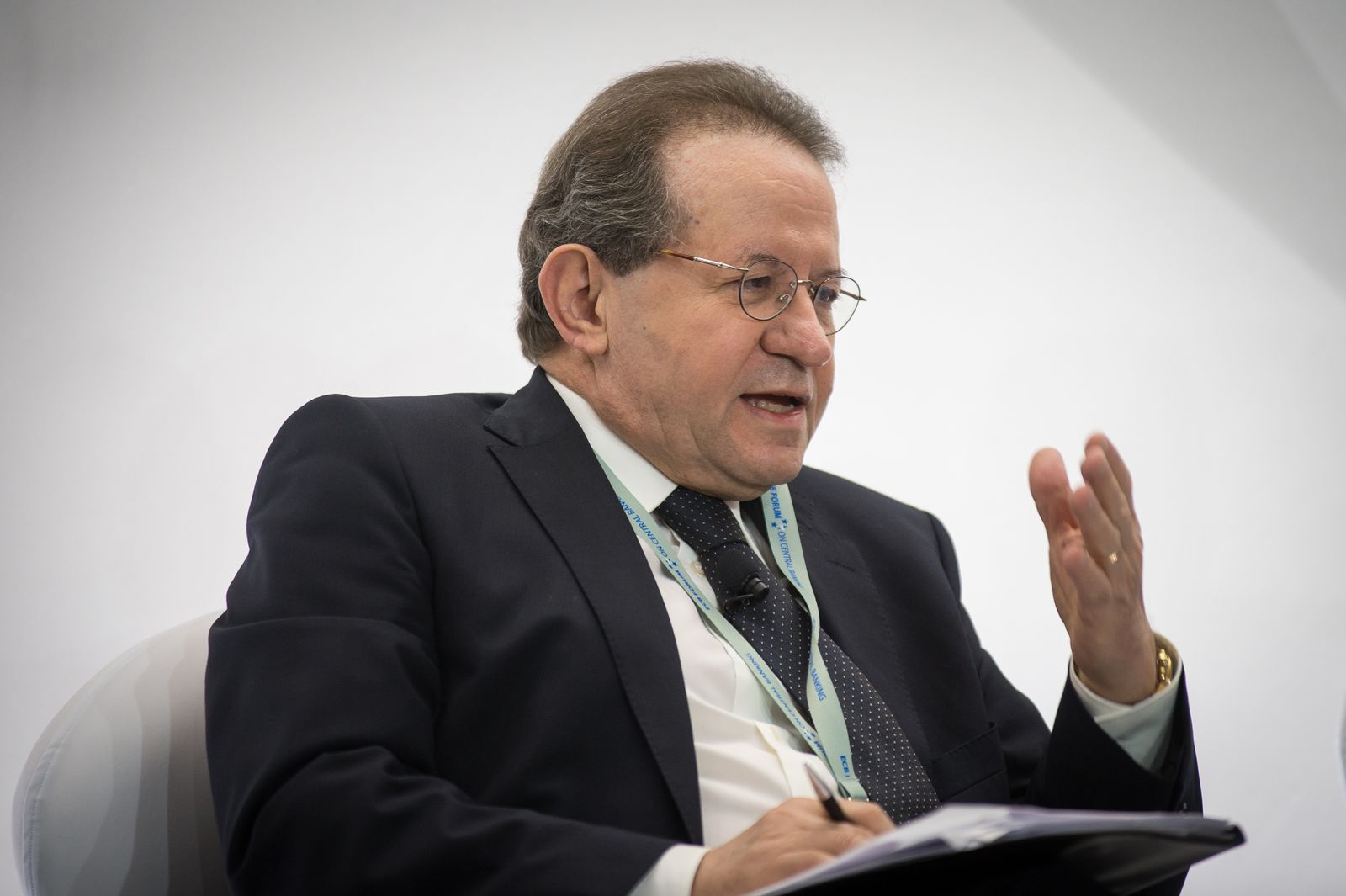