SPIEGEL ONLINE: In February 1990, Germany's foreign minister at the time, Hans-Dietrich Genscher, assured you that "NATO will not expand to the east," and that states like Poland and Hungary could never be part of the military alliance. Because the conversion had revolved mainly around East Germany, Genscher even became more explicit, saying that: "As far as the non-expansion of NATO is concerned, this also applies in general." According to reports, you replied that you believed everything he said. So why didn't you get this commitment from NATO on paper?

Shevardnadze: Times have changed. At the time we couldn't believe that the Warsaw Pact could be dissolved. It was beyond our realm of comprehension. None of the participating countries had doubts about the Warsaw Pact. And the three Baltic states, which are now part of NATO, were still part of the Soviet Union then. Eventually, we agreed that a united Germany could be part of NATO under certain conditions. For example, a national army limited to 370,000 members and Germany waives the right to nuclear weapons. An expansion of NATO beyond Germany's borders was out of the question.

SPIEGEL ONLINE: At the end of March 1990, Genscher and the then US Secretary of State James Baker, talked about the fact that there was interest among "central European states" about getting into NATO. You knew nothing of this?

Shevardnadze: This is the first I've heard of it.

SPIEGEL ONLINE: Did you have a conversation with your colleagues in Poland, Czechoslovakia and Hungary about a possible eastward expansion of NATO in the spring of 1990?

Shevardnadze: No, that was never discussed in my presence.

SPIEGEL ONLINE: The German documents give the impression that Moscow counted on the dissolution of both the Warsaw Pact and NATO. Did you really think that would happen?

Shevardnadze: That may have been discussed after I resigned from the ministry of foreign affairs in December 1990. However during my time in office it was not.

SPIEGEL ONLINE: In May 1990, Soviet leader Mikhail Gorbachev brought up the subject of the Soviet Union joining NATO during talks with the Americans. The Americans took that very seriously.

Shevardnadze: Gorbachev had that idea but he never took any realistic steps towards achieving this. Which is why it was never really discussed amongst the Soviet leaders.

SPIEGEL ONLINE: Was the eastward expansion of NATO ever discussed in the inner circles of the Communist Party of the Soviet Union in 1990?

Shevardnadze: The question never came up.

SPIEGEL ONLINE: Did the subject play a role in the ratification process of the Two-Plus-Four agreement (where the signatories included the two Germanys and the four powers that occupied Germany after World War II) that unified Germany?

Shevardnadze: No, there were no difficulties whatsoever with the ratification process.

SPIEGEL ONLINE: Nevertheless, the eastward expansion happened a few years later. Did you feel, at the time, that the German diplomats deceived you?

Shevardnadze: No. When I was the minister of foreign affairs in the Soviet Union, NATO's expansion beyond the German borders never came up for negotiation. To this day I don't see anything terrible in NATO's expansion. Even Georgia was given the green light to join NATO at the Bucharest summit in April 2008.

SPIEGEL ONLINE: At the conference in Ottawa on German unity in February 1990, you had five telephone conversations with Gorbachev. Did you discuss a possible NATO enlargement -- beyond the GDR?

Thatcher's Search for Allies in Moscow

Shevardnadze: No. We only had German reunification on the agenda, nothing else. It was important to clarify our position, because France and Britain were opposed to the reunification of Germany. They were afraid of the emergence of a superpower with a huge political, military and economic potential, right in the center of Europe. The most stubborn of all reunification opponents was the British Prime Minister Margaret Thatcher. When she spoke to Gorbachev in June 1990, they discussed the subject for hours. In the end she changed her position.

Shevardnadze: More than that. She wanted to convince us to stand against the reunification of Germany. But Gorbachev and I knew that history had already put the question of German unity on the agenda. It had to be solved in a peaceful and diplomatic manner.

SPIEGEL ONLINE: Your homeland Georgia -- where you were president between 1992 and 2003 -- has frequently been shaken by armed conflict. That includes the South Ossetia war of August 2008, a five day armed conflict between Russia and Georgia over Abkhazia and South Ossetia. The issue has a long history, and Putin mediated for you in 2003. How did that come about?

Shevardnadze: Putin and I had common ground. I knew him back when he was an ally of Anatoly Sobchak, the late mayor of St Petersburg, who was a professor of law at the University of Leningrad in 1990-91. Putin is undoubtedly a talented man, he spoke excellent German and he climbed the career ladder very quickly. In early March of 2003, he invited me to a retreat in Sochi on the Black Sea. There, he arranged a meeting with the then Prime Minister of Abkhazia.

Shevardnadze: We talked about getting the railway line from Sochi to Abkhazia to Central Georgia back into operation after it had been damaged during the war. I accepted the plan on the condition that at least one district of Abkhazia be given over to Georgian refugees. Putin kept his word and helped us to return tens of thousands of refugees to the Abkhazian district of Gali. At the time Putin and Russia always regarded Abkhazia as part of Georgia.

SPIEGEL: However under your successor, there was war between Russia and Georgia. In September an independent expert commission appointed by the EU and headed by the Swiss diplomat Heidi Tagliavini, who has worked in Georgia for years, released a report about the war. She concluded that when Georgian President Mikhail Saakashvili ordered the assault on the city of Tskhinvali in South Ossetia, it was on the pretext that Moscow was on the verge of a far-reaching military operation in the area. What's your opinion?

Shevardnadze: I totally agree with the conclusions of the Tagliavini Commission, both with regard to Georgia and Russia. The invasion of Tskhinvali was a mistake. I know Tagliavini, she is a well respected and experienced diplomat who knows our region well.

SPIEGEL: How can the conflicts over the disputed regions of Abkhazia and South Ossetia be resolved? The Republic of Abkhazia has mooted the adoption of an agreement of non-violence with Georgia. Could this be a step towards an easing of pressure in the region?

Shevardnadze: I can imagine that our government would not be against such an agreement. But what would it accomplish? One must think about the future. I believe that Russia made a very serious mistake when it recognized Abkhazia and South Ossetia diplomatically. In this way, Russia has set a precedent. If small regions like Abkhazia are recognized as independent states, how can that right be denied to Chechnya, which has a population of more than one million people? Or Dagestan, with it's access to the Caspian Sea and it's nearly three million people? Or oil-rich Tatarstan? Russia's recognition of Abkhazia and South Ossetia is like a time bomb -- one which could explode in its own country. 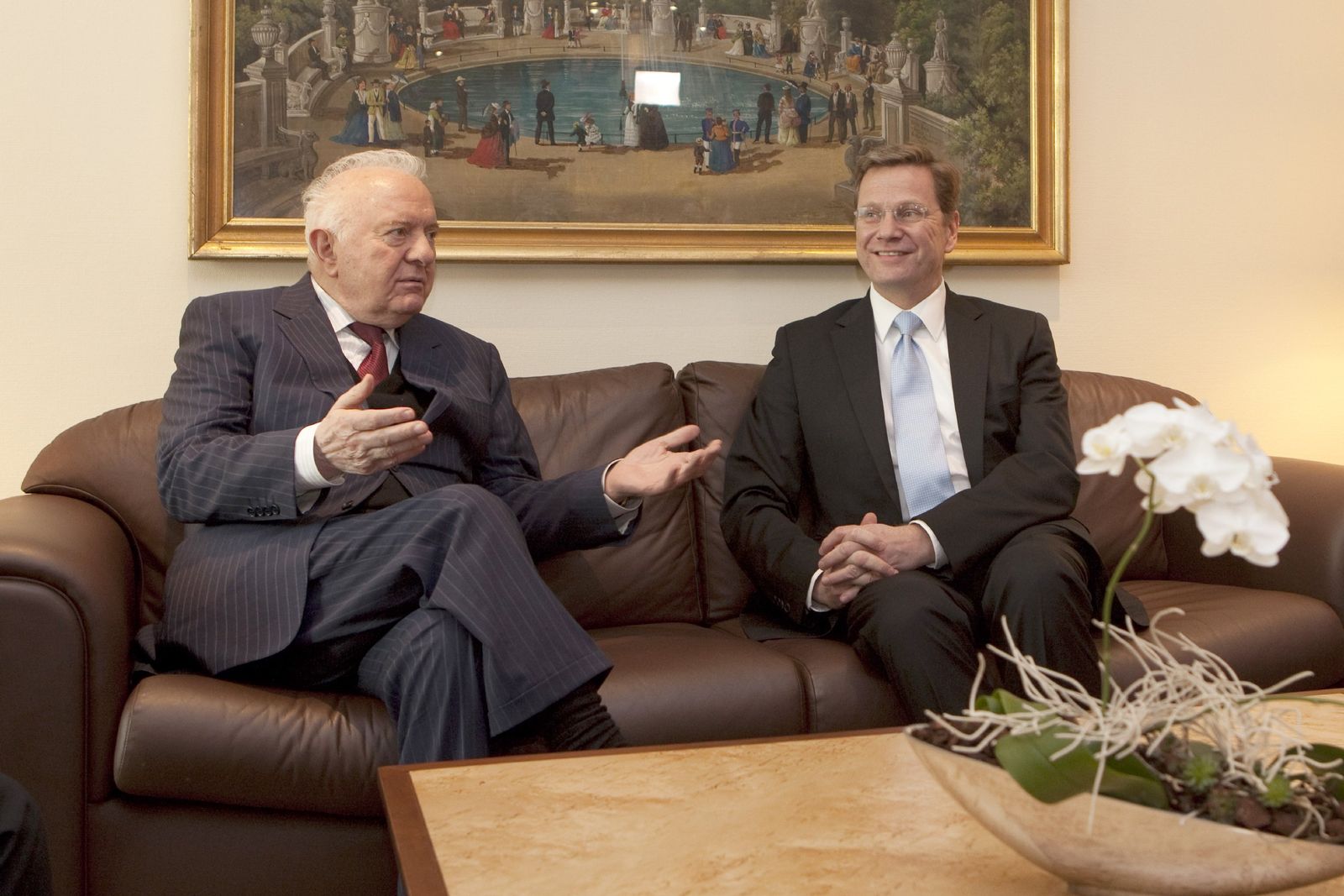