"M13" weighs 120 kilograms (265 pounds) and has been wandering across Switzerland's Graubünden canton looking for food over the past week. He's already plundered several beehives for honey and killed a goat in its enclosure.

Gamekeepers succeeded Wednesday night in tracking the bear down and tranquilizing him so they could attach a collar that includes a direction-finding transmitter. Since then, officials have been precisely monitoring the animal's location. In accordance with the Swiss Environment Ministry's management plan for dealing with wild bears, gamekeepers are expected use a deterrance program to teach the bear to avoid contact with humans.

Each time the bear approaches food sources that are close to towns and villages and intended for consumption by humans, gamekeepers plan to fire at the creature using special, non-lethal ammunition to drive him away from people for the long-term.

It's not the first time a wild brown bear has entered the region. Four years ago, "JJ3" showed little fear of humans, but all measures to keep the bear away failed and he was finally shot and killed in 2008. It's a fate that was shared by Bruno, the first brown bear to enter Germany in 170 years, who was shot dead in 2006.

But animal rights activists are more optimistic in M13's case. "There's more hope," said Johanna Schoenenberger, 40, who heads the Bear Project for the Swiss chapter of conservation group WWF. In an interview, she explains how deterrence could succeed this time and also why the bear's death would represent a major setback for her work.

SPIEGEL ONLINE: Ms. Schoenenberger, how does one train a wild bear?

Joanna Schoenenberger: The gamekeepers have to be quick. If the bear approaches a village or a source of food, then they must go there and fire at his coat using so-called bear ammunition, a type of rubber bullet. It's not nice -- but it is still in the bear's best interest. The most important thing is that the bear needs to feel threatened by proximity to humans and their food sources. That's the only way he will learn to stay away.

SPIEGEL ONLINE: That sounds like a lot of work.

Schoenenberger: Yes, it is difficult. The bear has the initiative, the people need to follow him. They also can't just shoot him somewhere in the middle of the forest. It has to be done in connection with food sources, like beehives. They also have to be determined in their actions so that he will connect this painful experience with humans and human foods.

SPIEGEL ONLINE: What matters most in these efforts?

Schoenenberger: It is important that during his excursions near humans that M13 has more failures than successes. Bears learn in a very precise way. But that also requires large personnel expenses. With JJ3, it took quite a lot of time and didn't deliver results in the end.

SPIEGEL ONLINE: Why are you more optimistic this time?

Schoenenberger: Because we are tackling (the problem) much earlier. The later the deterrence begins, the greater the number of successes the bear is likely to have had and the greater the chance his behavior will be irreversible. It will be difficult to burn those failures into his memory.

SPIEGEL ONLINE: Are there even any positive examples of this approach?

Schoenenberger: I have worked on bear deterrence in Alaska and it worked extremely well using bear ammunition. There, we only had to do that once with even very brazen bears.

SPIEGEL ONLINE: But the Graubünden canton is not Alaska.

Schoenenberger: Right, unfortunately not. Here there have been mostly negative experiences, mainly because efforts began too late. Perhaps it was also due to the fact that only rubber pellets have been used so far. We also had little experience with bears, though we are more hopeful now.

SPIEGEL ONLINE: So the bear must look for sustenance elsewhere. Is he even capable of surviving in the region?

Schoenenberger: Yes, it's possible. His behavior up until now is due to a number of factors: He is a young male, which makes him curious by nature. There is also a lot of snow still on the ground, forcing him to search for food near the towns.

SPIEGEL ONLINE: Let's assume the deterrent works. Won't the same danger be an issue next winter too?

Schoenenberger: It could be that the game starts from the beginning again. But if he learns fear now, he will keep it with age. Studies show that there is sufficient habitat and sustenance for bears here. The problem is more about the space in people's minds.

SPIEGEL ONLINE: What should they do now?

Schoenenberger: People shouldn't leave things out that attract bears such as trash, cat food or chicken feed. But this is difficult to implement on a large scale. Often people switch gears only after the bear has actually come by already. In one night he can travel great distances. The entire valley must treat this as a priority.

SPIEGEL ONLINE: With WWF you carried out a five-year project aimed at making life possible for bears along the Swiss-Austrian-Italian border triangle. There are now bear-resistant trash containers, beehive protection measures and educational hiking trails in the very area where M13 has now been spotted. How would you feel if the bear had to be killed?

Schoenenberger: We should have learned from JJ3. If it's not possible for a bear to survive there now, it would be a total defeat for me and our culture. 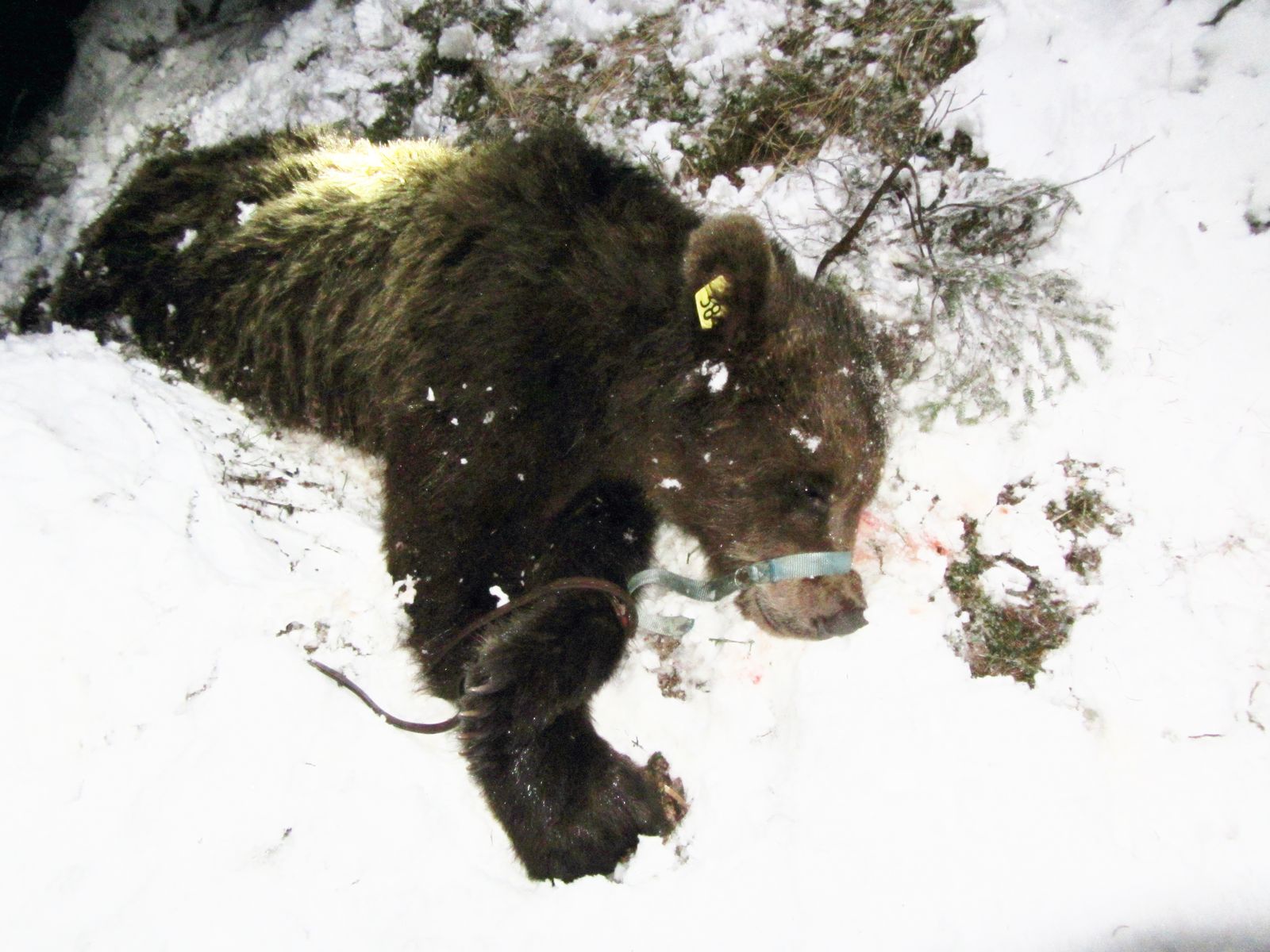 Wildlife experts succeeded in tranquilizing wild brown bear "M13" in Switzerland this week, raising hopes that he can be tracked and trained to avoid humans.