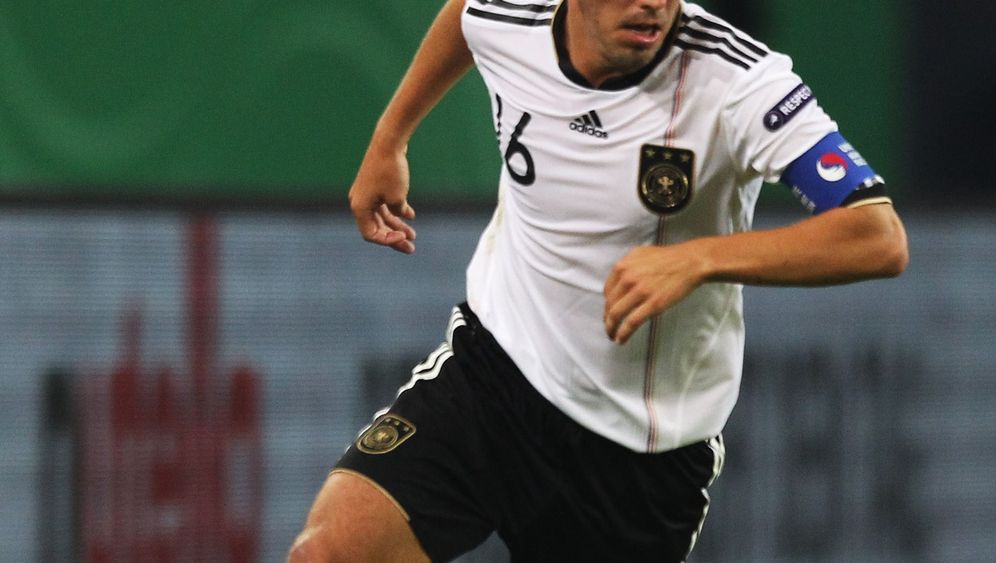 Photo Gallery: Should Sports Be Political?

Lahm: Of course. Keeping myself informed about world affairs is also part of my job. I watch TV. I surf online. And I read the newspaper daily -- and not just the sports section.

SPIEGEL: Many of your teammates at Bayern Munich also play on Germany's national squad. Do you discuss the conditions in Ukraine and the hunger strike by Yulia Tymoshenko, the country's imprisoned former prime minister?

Lahm: Sure, we think about it. Anything else would obviously be bad since the issue will be with us in the coming weeks. Every player on the national team has received a letter from Wolfgang Niersbach, the president of the DFB (German Football Federation), explaining what's going on politically in Ukraine. Being up-to-date on things is very important for us. The DFB will continue ensuring that we are.

SPIEGEL: Soon you'll be traveling to Ukraine to play in the European Football Championship, which it is co-hosting with Poland in June. What do you know about the country?

Lahm: I'm aware that Ukraine is a young state that doesn't meet our standards in terms of freedom and human rights. But I can't judge the background well enough. That's something for sports associations and politicians to do.

SPIEGEL: How do you prepare yourself for this kind of trip?

Lahm: The DFB has already been managing that very thoroughly for a long time. Every time we travel abroad, no matter where it is, we are handed a sort of dossier on soccer, society and politics.

SPIEGEL: Last week Uli Hoeness, the president of your team, Bayern Munich, said he would respect national team members who expressed their solidarity with the opposition in Ukraine. Taking a stand is also important to you. Did Hoeness personally encourage you to do so?

Lahm: No. Of course, I know that I bear a certain responsibility as captain of the national squad. But Hoeness gets involved in political and social debates. His word carries weight. That impresses me. In this sense, he is a role model for me.

SPIEGEL: Are you surprised that domestic political conditions in Ukraine threaten to overshadow the European Football Championship?

Lahm: Soccer has gotten too big to remain unaffected by that. When I read the first reports about Tymoshenko's poor health I had a feeling about where things were headed.

SPIEGEL: There's already talk about boycotting the tournament if Tymoshenko's hunger strike dramatically worsens her condition and the regime doesn't give in. Could you imagine that happening?

Lahm: This question is too much for us athletes. That's something the associations and politicians have to decide, and I have confidence in them. At the same time, a European Championship is a huge media event. It could draw even more attention to the problems, and that would increase political pressure on Ukraine.

SPIEGEL: The European Commission has signaled that all of its 27 members will stay away from the matches in Ukraine. Chancellor Angela Merkel and most of the ministers in her cabinet will probably do the same in order to avoid enhancing the regime's legitimacy. Are you also planning to avoid contact with Ukrainian politicians?

Lahm: We soccer players normally don't come into contact with the government officials of a host country. And I honestly have to say that, in this particular case, I'm really happy about that.

SPIEGEL: The tournament's final match will be played in Kiev, the Ukrainian capital. If the German team happens to play in the match, Ukrainian President Viktor Yanukovych might offer to shake your hand on the winners' platform. Would you accept?

Lahm: In that case, I'd have to give it some serious thought. In the current political situation in Ukraine, I don't find things that reflect my views on basic democratic rights, on human rights, on issues such as personal freedom or freedom of the press. When I see how the regime treats Yulia Tymoshenko, it doesn't have anything to do with my conceptions of democracy. Someone is responsible for that. But, as far as I know, the only people participating in the award ceremony are from UEFA.

SPIEGEL: As the organizing body of European soccer and the tournament, the Union of European Football Associations (UEFA) has stressed its political neutrality, and president Michel Platini has thus far declined to comment on issues such as human rights in Ukraine. Do you want Platini to take a position on the leadership in Ukraine?

Lahm: I think he should take a position. And I'm curious what he has to say.

SPIEGEL: Can sports and politics still be separated?

Lahm: Both belong together; they can't be separated. We national players represent Germany. We stand for a democratic society, for values like fairness and tolerance, for integration. Let's take the most recent World Cup championships, for example, in Germany in 2006 and in South Africa in 2010. Many people have said positive things about our performance. That contributes to the image the world has of Germany.

SPIEGEL: In 1978, the soccer World Cup was hosted by Argentina, which was then ruled by a military junta whose so-called "Dirty War" would ultimately claim the lives of thousands of left-wing activists, trade unionists, students and others. When asked about this, Berti Vogts, the captain of Germany's national team at the time, said he hadn't seen a single political prisoner. Could a German player get away with saying something like that today?

Lahm: Times have changed and so have we professionals. We're viewed as role models. We're in the public eye much more than players used to be because the media provide much more detailed information. We want to get the background stories, and it's normal for us to talk about the political dimension of the sport in a more sophisticated way.

SPIEGEL: Another political debate related to the European Championship also recently broke out. Dieter Graumann, the president of the Central Council of Jews in Germany, urged the national team to visit the former Nazi extermination camp Auschwitz during their stay in Poland.

Lahm: I noted that. What's important is that we know something horrific happened in Auschwitz -- and that we have a stance on that. I know from the DFB that a visit is planned.

SPIEGEL: Do you feel pressured by Graumann to do so?

Lahm: No. It remains our decision whether we travel to the memorial site or do something similar. We will discuss it with the team committee and make a joint decision with the DFB. We shouldn't forget that the main reason we're in the tournament is to play soccer and impress people with our athletic performance.

SPIEGEL: If Germany makes it out of the initial group stage, its quarter-final match will be held in Poland, either in Warsaw or in Gdansk. Are you glad it won't be in Ukraine?

Lahm: It doesn't make any difference.

SPIEGEL: On April 27, four bombs exploded in Dnipropetrovsk, the eastern Ukrainian city where Tymoshenko was born, and it remains unclear who was responsible. Does that worry you?

Lahm: No. I don't feel uneasy, at least not yet. What's more, I hope the situation relaxes rather than worsens. Before (the 2010 World Cup in) South Africa, many had also said that the security situation was critical owing to the high crime rate. But we didn't have anything to worry about there.