SPIEGEL: Mr. Minister, did Matteo Renzi and Angela Merkel just resolve a serious conflict between the two countries during their meeting in Berlin?

Gentiloni: There are differences of opinion, especially when it comes to economic and financial policy. But when it comes to foreign and especially immigration policy, we are in agreement. No other countries in Europe are closer to each other in this regard than Italy and Germany.

SPIEGEL: But the chancellor has changed her tone and now says that refugees need to return home after a few years. Does that surprise you?

Gentiloni: Our government greatly valued the chancellor's position in summer of 2015. Especially, because she is defending the Schengen rules.

SPIEGEL: Our question was about Merkel's recent change in direction on the refugee question.

Gentiloni: Let's put it this way: I am confident that Schengen will continue to be defended. And when it comes to repatriations, we have the same opinion.

SPIEGEL: You are also pushing for refugees to return home as soon as the conflicts in their homelands have ended?

Gentiloni: Yes, because we cannot treat people with a right to asylum the same way as people from a safe country. They need to be sent back. That is, from our perspective, completely clear. On the other hand, we should scrutinize the now completely outdated principle that only the migrants' first country of arrival should be burdened with their registration as well as with the process of sorting out who has the right to asylum and who needs to be deported.

SPIEGEL: You are arguing for an elimination of the Dublin Regulation?

Gentiloni: It is ridiculous to believe that Greece might be taking in one million migrants, registering them, then giving refuge to those who have a right to asylum and sending everyone back that does not. Greece is not doing that. We can blame the Greeks for that, but at the same time we should change the Dublin Regulation. When we insist on this unrealistic procedure, it means nothing more than that we are defending Dublin while renouncing Schengen.

SPIEGEL: Will the Dublin procedure be changed by the EU in March?

Gentiloni: I'm not particularly optimistic, but I hope that the lack of alternatives will lead to it. I would like to remind you of the fact that before May 2015 there was no overall European agenda on immigration. Nothing, zero. It wasn't until after yet another tragedy in the Mediterranean that, in response to an Italian initiative, (Europe) began thinking about setting policies for the registration of refugees, their distribution or their deportation.

SPIEGEL: So far, though, that works almost only in theory.

Gentiloni: This is true. In practice we are far behind when it comes to the implementation of these principles. But it could be that we, as early as spring, will need to embark on a new policy in order to save one of the cornerstones of European politics: personal freedom of movement.

SPIEGEL: You are in favor of the redistribution of refugees to all EU countries?

Gentiloni: In 2015, 900,000 migrants came to Greece. The Dublin Agreement stipulates: All of those with a right to asylum must stay in Greece, while the others need to be deported from there. Impossible! This load needs to be carried together. That means: joint border police, an EU-wide distribution of refugees and the repatriation of those without a right to asylum. Everyone must be made responsible for logistics and financing.

SPIEGEL: Several EU countries are opposed to that.

Gentiloni: Doubtless. But joint pressure from states like Germany, Italy and France could mean a move in this direction. Because something very fundamental is on the line: freedom of movement. I can't think of any common market that could function without it.

SPIEGEL: Did the Germans stay out of the issue for too long? The Italians have been fishing shipwrecked people out of the water with Operation "Mare Nostrum" since 2013.

Gentiloni: Not only the Germans. They were always present when the issues related to asylum came up. But surely all of Europe woke up very late.

SPIEGEL: Out of naivete or calculation?

Gentiloni: As long as a certain problem primarily affects a different country, in this case Italy, one might not put it at the very top of one's list of priorities. The route for the refugees currently goes through Greece and the Balkans or through Italy; if there were a crisis in north-eastern Europe, Poland might just as well be affected. In this case we are dealing with mechanisms that we do not control. We need to change that. As Ms. Merkel has said, "We can handle it." But this "we" should be a European "we." We can't have a situation where everyone keeps criticizing the bouncer, meaning Greece.

SPIEGEL: What effect did the chancellor's refugee policies have on Italy?

Gentiloni: It had the effect of me agreeing with her. Europe can handle several hundreds of thousands of people every year who have a right to asylum.

SPIEGEL: A ceiling of about 500,000 people with a right to asylum per year has been discussed in Berlin for some time now.

Gentiloni: And a united Europe will also manage to send hundreds of thousands of migrants, who don't have the right to asylum, back to their homelands. Though that, given the number of flights necessary, would be of a scale reminiscent of the Berlin Airlift.

SPIEGEL: Does Europe need to be more clear that we can't take in everybody who is looking for a better life?

Gentiloni: The message that "we can't take in everybody" is imperative. At the same time, the decision as to who has a right to asylum needs to be made in Brussels. It is clear that several countries, in the Balkans for example, need to be considered countries of safe origin. But others like, in my opinion, Eritrea, undoubtedly need to be considered a country of origin with a valid claim to asylum. And with a third group of states, like Nigeria for example, each individual case needs to be evaluated. Then there are also very controversial cases like Afghanistan. In any case, united European action is needed. This argument for Europeanization may sound utopian, but there is no alternative.

SPIEGEL: So far, Italy has built three of the six promised "hotspots" for the registration of refugees. Thus far, they have had the reputation for being departure points for illegal immigrants. Your authorities have been hopelessly overwhelmed with the surge in refugees and their redistribution.

Gentiloni: We are not perfect. But we have doubtlessly fulfilled our obligations to the EU to a greater degree than the EU has its obligations to Italy, when it comes to the relocation or repatriation of refugees that are in our country. Italy does its homework better than the rest of Europe. Instead of the 160,000 migrants that were to be distributed across Europe, we are currently at 300.

SPIEGEL: Do you think the future of the EU is at risk because of the refugee crisis?

Gentiloni: You could put it that way. Because this crisis has an effect on other things: on the referendum of the British about their exit from the EU or on the gains by populists in several countries. This mixture endangers the future of Europe. We are currently experiencing probably the toughest crisis in the history of the EU. The touchstone for whether we can overcome it will be the subject of immigration.

SPIEGEL: What needs to take place at the EU summit in mid-January?

Gentiloni: We need to move forward, from the common currency to the banking union to a common financial policy and, in the middle-term, to a common foreign and security policy. That will take time, because we need to figure out how to deal with those countries that don't always want a more tightly integrated European Union.

SPIEGEL: For that reason, you are advocating a "two-speed Europe."

Gentiloni: I don't like that term. Because it suggests that the slower one will catch up to the faster one. London can't live with this definition. We probably need to move forward together, each at their own speed. The faster ones, that could be the countries in the euro zone. The others would be those who are interested in the continued development of the common market, but reject the idea of an ever stronger political integration.

SPIEGEL: Italian Prime Minister Renzi has been critical of Merkel and French President François Hollande determining the direction taken by the EU. You have also said that you hoped that Berlin was continuing to emphasize a European Germany rather than a German Europe. Where is the problem?

Gentiloni: The problem is, if at all, in the different view of the economy, of economic growth. Growth is too low, even for us. That needs to change: More investments, a stronger role by the European Central Bank. Otherwise, there are no tensions between Italy and Germany. But on this point, compromises must be reached and we will reach them.

SPIEGEL: Matteo Renzi has recently made it extremely clear that he does not want to be lectured by Berlin and Brussels. What did you think of that?

Gentiloni: On this point, I believe that Renzi is right.

SPIEGEL: You have just spoken with the American Secretary of State about the fight against Islamic State (IS). Jihadists belonging to the terror group are now just 600 kilometers south of the Italian coast. What is your government's strategy?

Gentiloni: We have a strong military deployment in Iraq and Afghanistan. In countries like Syria, we need a diplomatic breakthrough to end the war. In Libya, the country must first of all be stabilized to stop IS. This means supporting the Libyan government, including in terms of security. We don't want to repeat the mistakes of the past in that country. The situation is extremely dangerous and the next days could be decisive. 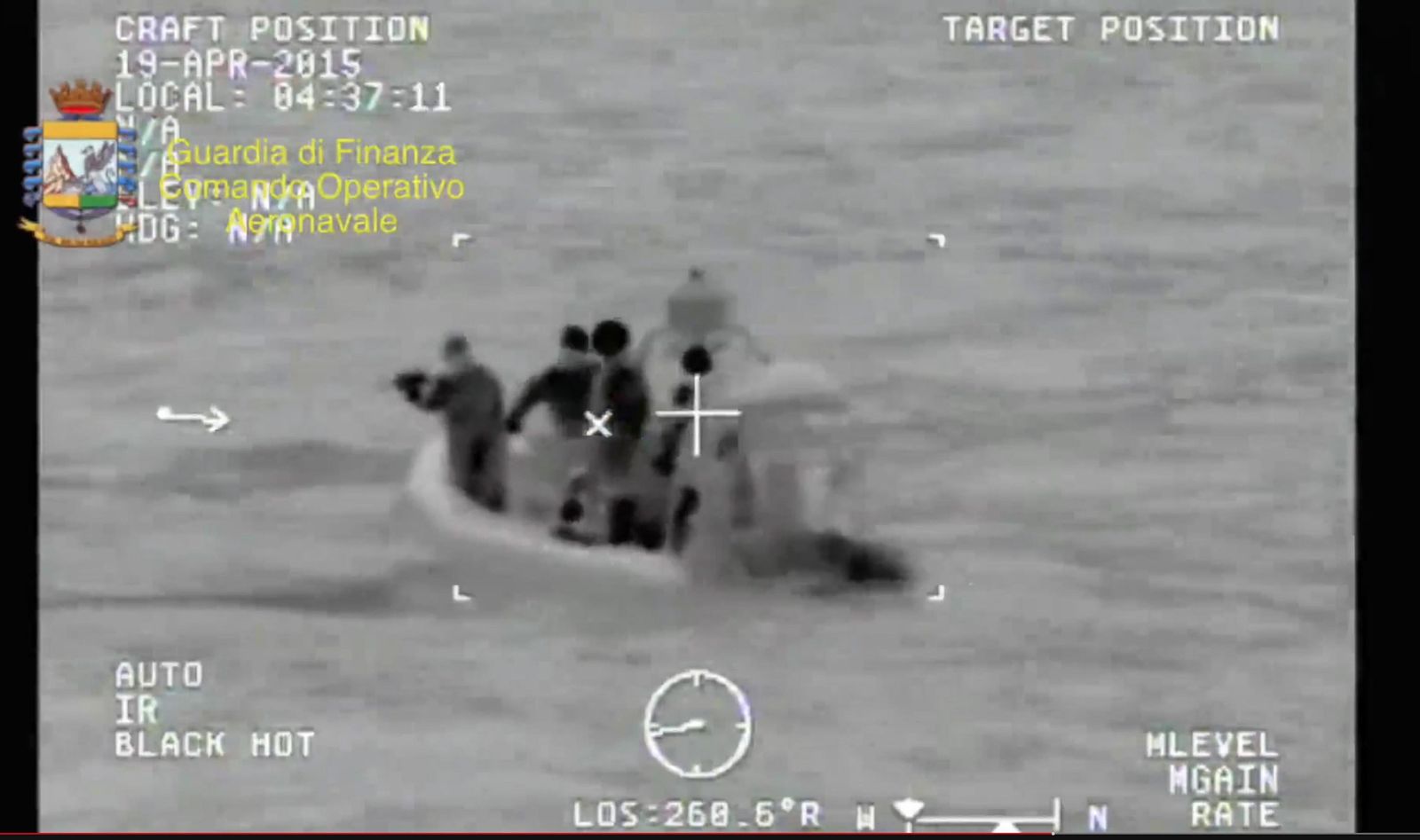