SPIEGEL: German Chancellor Angela Merkel is hoping that Turkish President Recep Tayyip Erdogan will be able to solve Europe's refugee crisis. Is he able to?

Demirtas: I wish he could. But I fear he is creating much larger problems. If the Turkish government continues its war against the Kurds, then millions of Turkish citizens could seek asylum in Europe.

SPIEGEL: Would Angela Merkel have been better off not negotiating with Erdogan?

Demirtas: No, but she has to be careful not to disregard European principles. She can't remain silent when a country seeking to join the EU bombs its own towns and cities.

SPIEGEL: Skirmishes between the Turkish military and the PKK, the outlawed Kurdish Workers' Party, have cost thousands of lives since last summer. You claim that Erdogan is solely to blame.

Demirtas: My party, the Peoples' Democratic Party (HDP), has called on both sides to lay down their weapons. The Turkish government and the PKK negotiated for peace for two and half years. Erdogan overturned the negotiating table.

SPIEGEL: The government says it is exclusively pursuing terrorists.

Demirtas: The war is primarily focused on civilians that Erdogan suspects of supporting the PKK. Almost 400,000 people have had to leave their homes. The southeast of Turkey resembles Syria.

SPIEGEL: A PKK splinter group killed 66 people in February and March in suicide attacks in Ankara. How should the government react?

Demirtas: The PKK is willing to put down its weapons. The government insists on violence. We, the HDP, are calling for a bipartisan parliamentary commission to be established to determine the necessary conditions for a lasting peace. It should include talks with the imprisoned PKK leader Abdullah Öcalan and the PKK leadership in the Qandil Mountains and also listen to Kurdish civil society.

SPIEGEL: PKK leader Cemil Bayik has announced a military offensive in the spring. That doesn't sound like a readiness to negotiate.

Demirtas: The HDP supports those PKK voices calling for a cease-fire.

SPIEGEL: The EU classifies the PKK as a terrorist organization. Is that justified?

Demirtas: We, the HDP, view the PKK as an armed popular movement. That doesn't mean that we condone violence.

SPIEGEL: The PKK's attacks are focusing increasingly on civilians. Why are you so reluctant to call these acts terrorism?

Demirtas: I have condemned the attacks in Ankara as exactly that. But the Kurdish Freedom Falcons (TAK) claimed responsibility for the attacks. The government has thus far been unable to establish a connection between PKK and TAK.

SPIEGEL: Even HDP supporters are critical and say you should have distanced yourselves from PKK violence earlier and more decisively.

Demirtas: I did. Erdogan and his henchmen in the media didn't want to hear anything about it. They are consciously defaming me as a terrorist.

SPIEGEL: Not long ago, Erdogan was working towards a peaceful resolution to the Kurdish conflict. Why do you think he has changed course?

Demirtas: He's striving for absolute power in Turkey. Erdogan wants a caliphate. We Kurds are in his way. Erdogan can't stop us politically, so he is denouncing us as terrorists.

SPIEGEL: What role will the Kurds have in the new reorganization of the Middle East?

Demirtas: The Kurds are stepping onto the stage of world history. In northern Iraq, they are well on their way to an independent state and in Syria they are successfully fighting for federal rights. In Turkey, the Kurds are pushing for democratization.

SPIEGEL: Last winter you visited Moscow. Are you on the search for new partners?

Demirtas: We're speaking to all relevant actors in the region. We are not dependent on a single partner.

SPIEGEL: Observers accuse the Russian military of bombing Syrian schools and hospitals. Can Russia be a trusted ally for your party?

Demirtas: We cannot accept massacres of civilians under any circumstances. But hardly anyone has remained clean in Syria.

SPIEGEL: You met German Foreign Minister Frank-Walter Steinmeier in Berlin this week. What was your message to the German government?

Demirtas: We expect Germany to push more strongly for democracy and human rights in Turkey. 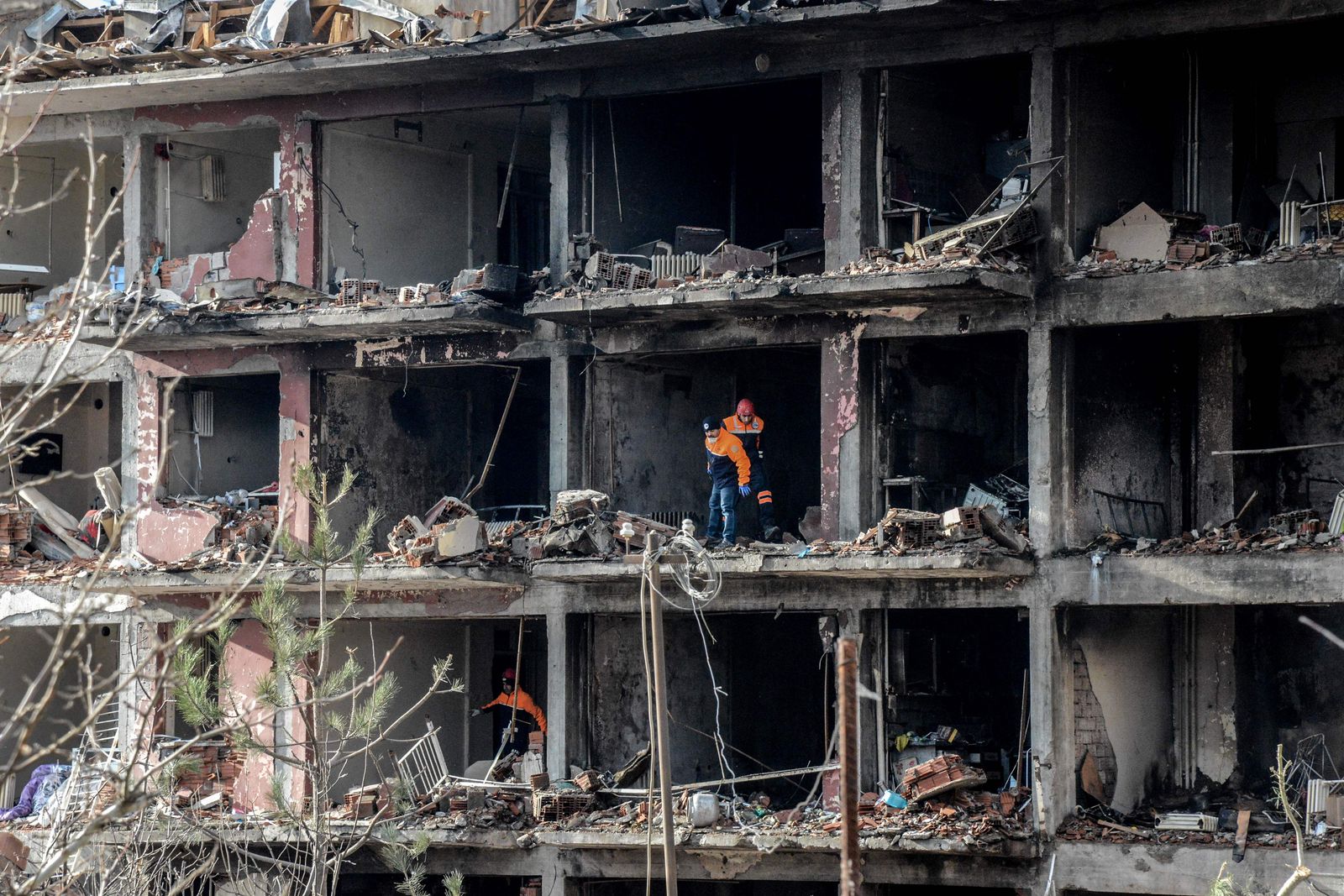 A bombed out building in Diyarbakir, a Kurdish city in southeastern Turkey. 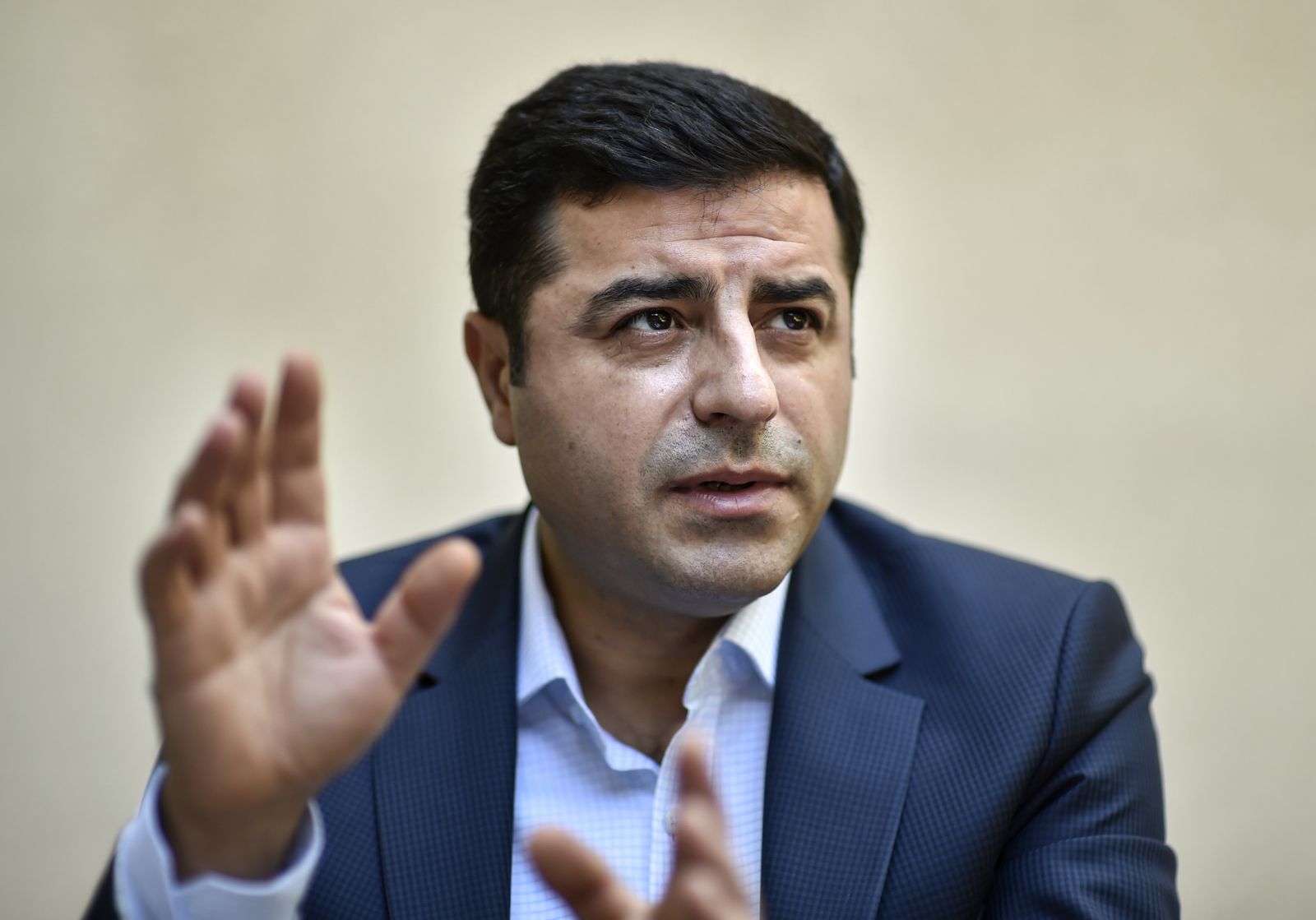 Selahattin Demirtas, 43, is head of the Peoples' Democratic Party, a Kurdish opposition party in Turkey.