SPIEGEL: Following the expiration of a seven-year moratorium, workers from Poland, the Czech Republic and other Eastern European EU members are now free to live and work in Germany and Austria. How many do you think will do so?

Iglicka: I expect between 500,000 and 1 million people will leave Poland alone during the next two years.

SPIEGEL: When Poland joined the EU, on May 1, 2004, about 2 million of your compatriots moved to Britain, Ireland and the Netherlands. Why do you think so many Poles now want to come to Germany?

Iglicka: Germany is close, the economy is in good shape and there is a high demand for labor. What's more, there are already many Poles living in Germany. Newcomers can therefore take advantage of a network of friends and relatives.

SPIEGEL: Meaning that the perceived risks are low?

Iglicka: People are even less reluctant to move than they were in 2004. Back then, many people boarded flights to Ireland or Britain even though they knew nobody there. Today, immigrants can travel a few hundred kilometers to the west, and in an emergency they can get home in a matter of hours. Germany has always been one of the main destinations for Poles.

SPIEGEL: Do Germans have anything to fear from these newcomers?

Iglicka: No. They should be pleased. Germany needs immigrants. The demographic situation in the country is fatal, partly because Germans are having too few children. In Britain and Ireland, the numerous immigrants from Eastern Europe have helped boost the local economy. Newcomers are motivated, hard-working, avid consumers and pay tax. Demographers estimate that Germany needs 300,000 extra workers every year if the country is to maintain growth at 2 to 3 percent.

SPIEGEL: Many Germans are worried that cheap labor from the east will steal their jobs or push wages down.

Iglicka: Experiences with immigrants in Britain and Ireland have shown that this is absolutely not the case. Poles often take on the dirty, difficult jobs that Germans don't want to do themselves. Germans don't want to harvest asparagus, for example, and fewer and fewer of them care for the elderly. In addition, Poles and other Eastern Europeans can assimilate much more easily than other ethnic groups. After all, they come from a Christian background, do not form ethnic enclaves and generate far less fear than immigrants from, say, Africa or Bangladesh.

SPIEGEL: So do the Polish immigrants who come to Germany want to stay for good?

Iglicka: We Poles are an interesting case: The majority of our migrants say they eventually want to return home. But it now turns out that most immigrants, for instance those in Britain, have chosen to settle down after all. They have brought their families over and are having children. Indeed, they are making a significant contribution to rejuvenating British society.

SPIEGEL: The immigration moratorium on the new EU members in Eastern Europe was pushed through by Gerhard Schröder, Germany's chancellor at the time. Was that a mistake?

Iglicka: Yes. Germany missed a golden opportunity because particularly dynamic migrants went to Britain rather than Germany. Today EU member states are locked in a ruthless battle for labor. It's not Germans who should be worried about the next wave of immigration, but us Poles. Our workers are being lured away, but nobody wants to come to Poland. 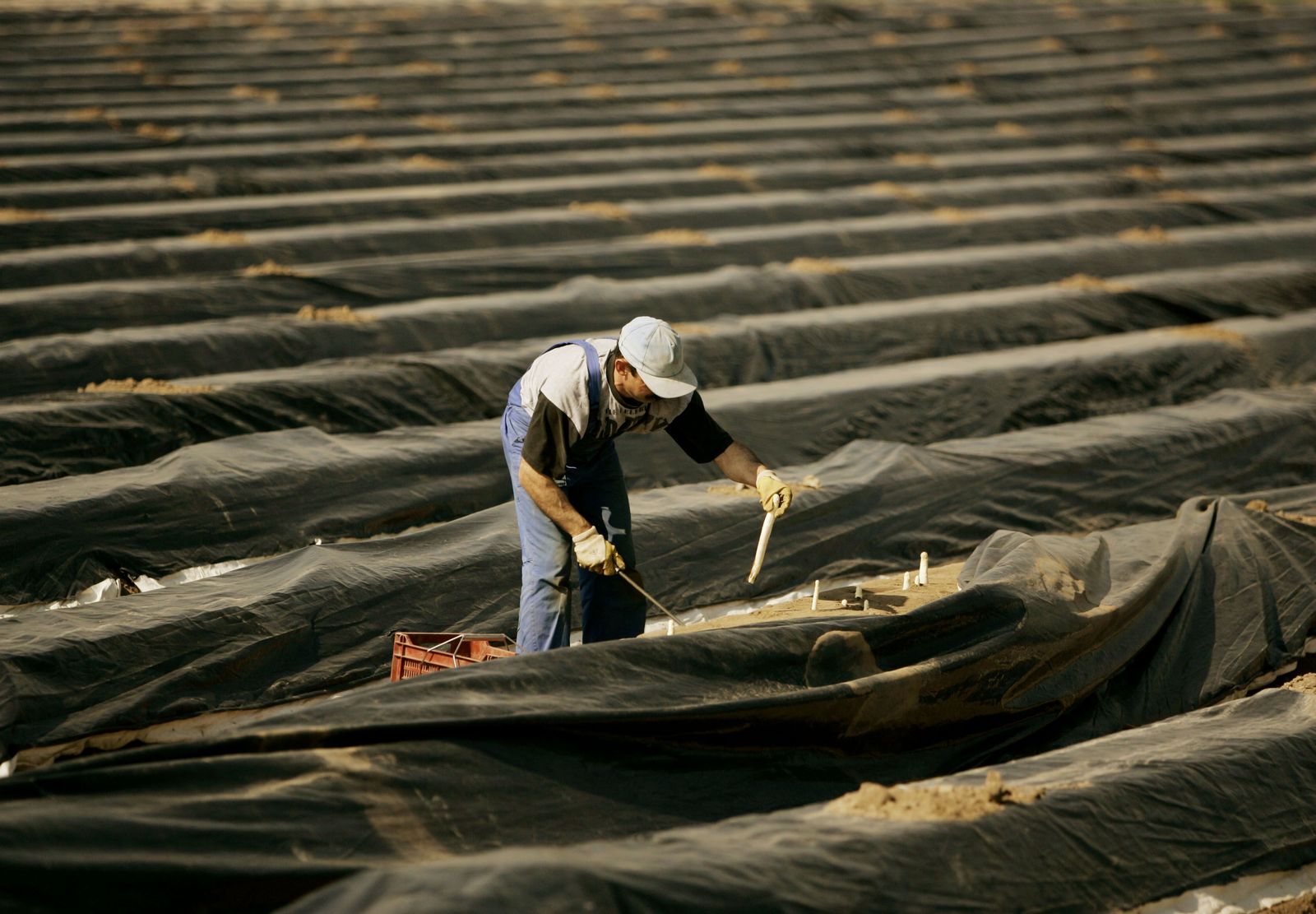