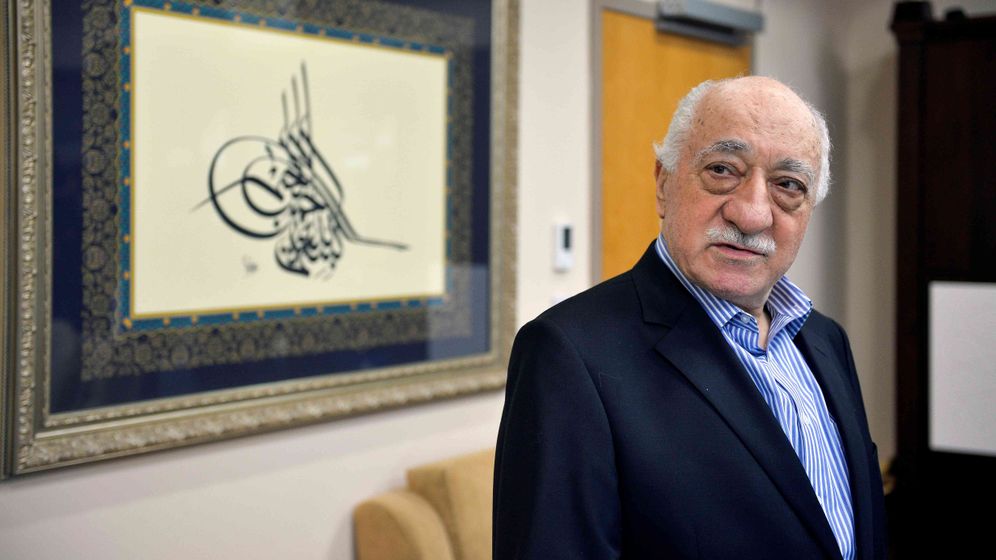 When Turkey comes under international pressure and Ankara needs to soft-pedal, the job often goes to Deputy Prime Minister Mehmet Simsek. The 50-year-old member of the Justice and Development Party (AKP), who previously served as finance minister and economics minister, is one of the few moderates in President Recep Tayyip Erdogan's government. Simsek grew up in humble circumstances in Kurdish-populated southeastern Turkey, and only began learning Turkish in elementary school. He was awarded a scholarship to study in Britain, eventually gaining British citizenship and working as an investment banker in London. He became Turkey's economics minister in 2007, when Erdogan was prime minister. In 2015, he was appointed deputy to Prime Minister Ahmet Davutoglu, who stepped down in 2016, and Simsek retained his position under Davutoglu's successor Binali Yildirim. The interview took place in the prime minister's office in Ankara. 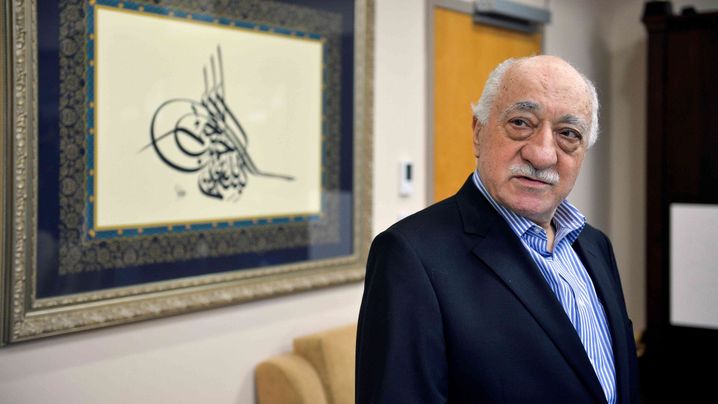 SPIEGEL: Deputy Prime Minister, German Foreign Minister Sigmar Gabriel recently warned German companies against investing in Turkey. Can you understand why businesses might choose to steer clear of your country for security reasons?

Simsek: I can understand that investors have some questions. Turkey has gone through a dark time. But now the worst is behind us. I can assure the business community that Turkey is still an open, liberal, business-friendly country.

SPIEGEL: Turkish authorities gave Germany's Federal Criminal Police Office (BKA) a list of nearly 700 companies that supposedly support terrorism, including Daimler and BASF. The claims were later dropped. That sort of thing is not exactly confidence-inspiring.

Simsek: As soon as I learned about the list from the media, I called the justice minister and the interior minister. They both assured me that at no time has a single German company ever been under investigation on suspicion of financing terrorism.

SPIEGEL: So what was the purpose of the list?

Simsek: Turkish companies that are part of Fethullah Gülen's terror network have frequently done business abroad. The Turkish Interior Ministry contacted Interpol for information on these companies, not on their foreign partners. It submitted the request along with a list of 9,800 companies, not only from Germany but from more than 50 countries. There are no proceedings underway against any of these companies. But we withdrew the list nonetheless, to avoid further misunderstanding.

SPIEGEL: The German government has announced a change of course in its policy towards Turkey. For a start, it will be reviewing export credit guarantees for German companies doing business with Turkey. How seriously are you taking these threats?

Simsek: Germany is the leader of the EU. We take what Germany says seriously. But the reaction of the German government clearly appears to be based on false information. I understand that the list caused some frustration ...

SPIEGEL: ... it's not just about the list. It's also the arbitrary arrests of German citizens.

Simsek: The friendship between Germany and Turkey dates back centuries. Yes, at the moment we have some disagreements. Yes, we in Turkey would like more solidarity from Germany in the fight against terror. But German-Turkish ties will survive this stress test.

SPIEGEL: German Economics Minister Brigitte Zypries has said this is a nadir in German-Turkish economic ties. Do you agree?

Simsek: Germany is being irrational. Nobody benefits from this confrontation. We should be talking about ways we can promote German-Turkish joint ventures and create greater prosperity.

SPIEGEL: Experts predict Turkey is on the brink of economic crisis.

Simsek: I'm not interested in the opinions of self-appointed experts. The Turkish economy has proved incredibly resilient in recent years, despite political upheaval. Unlike many Western countries, Turkey emerged stronger from the financial and euro crisis. Between 2010 and 2016, the average growth of the Turkish economy was over 6 percent. Only China and India saw growth that strong.

Simsek: 2016 was an exceptionally difficult year, if you recall what we went through. The refugee crisis, terror attacks, tensions with Russia, a failed coup -- events that would have tipped any other country into a serious recession. The Turkish economy actually grew. Borrowing is less than 2 percent. In this, we're in a better position than many EU countries.

Simsek: You're talking about 2016. I am optimistic that they will soon once again make a more realistic estimate.

SPIEGEL: Just a few years ago, Turkey was held up as a role model for other countries in the region and Erdogan was seen in the West as a democratic reformer. Today it's considered a rogue state. What went wrong?

Simsek: The Fethullah Gülen terror organization has done its best to make the Turkish government look bad. It made sure the Gezi Park protests in 2013 escalated, it spread the rumor that Turkey was supplying arms to Islamic extremists in Syria, it masterminded corruption inquiries targeting ministers.

SPIEGEL: So you are claiming that the problems of recent years are part of a plot devised by Muslim cleric Fethullah Gülen's movement, which you have recently been describing as a terror organization?

Simsek: That is right.

SPIEGEL: And you expect your partners in the West to believe this too?

Simsek: The terrorism practiced by the Gülen sect poses an existential threat to Turkey. We expect our allies in Europe and the United States to show solidarity and empathy with the Turkish people.

SPIEGEL: In the wake of the failed coup, your government dismissed some 140,000 civil servants and arrested around 55,000 people. With all due respect for the trauma caused by the events of July 15, 2016, this is an extreme response.

Simsek: Gülen's cadre have been infiltrating the state for years. They have installed themselves in many institutions. They controlled the police, the judiciary. Who can seriously expect a state to continue to employ its enemies?

SPIEGEL: What do the teachers, lawyers and journalists who have been arrested have to do with the rebels who carried out the coup on July 15, 2016?

Simsek: Purging the Turkish state of Gülen terrorists is our duty. We are not dismantling Turkish democracy, as many maintain. We are protecting the public from a criminal organization.

SPIEGEL: For years, President Erdogan and Fethullah Gülen worked together very closely. Why didn't the government clamp down earlier on these supposed enemies of the state?

Simsek: It was not only the Justice and Development Party that gave the Gülen sect its momentum. Fethullah Gülen was on excellent terms with most of Turkey's prime ministers. Had we been aware earlier of the dangers posed by his criminal network, we would have acted. But we were deceived by the Gülen sect.

SPIEGEL: In his book "The Imam's Army," journalist Ahmet Sik describes the Gülen cadre's infiltration of the state in detail -- and that was back in 2011.

Simsek: At that point all sorts of rumors about religious movements were circulating. We were only able to sprint into action in 2013 when we possessed specific evidence against Gülen.

SPIEGEL: Following the arrests of journalists Deniz Yücel and Mesale Tolu, as well as the German human rights consultant Peter Steudtner, the impression in Germany has been that no one is safe in Turkey.

Simsek: When we request that our friends in Germany or the U.S. extradite plotters involved in the coup attempt, we are told their judiciaries are independent. But now they don't want to concede this privilege to Turkey.

SPIEGEL: But Deniz Yücel has been in detention awaiting trial for six months and the charges against him are still unclear.

Simsek: I will not comment on individual cases. But I would like to say to the Germans: Allow our judiciary, our judges and our lawyers to do their work.

SPIEGEL: Erdogan has recently stated that Germany will "get a response every to every act of disrespect." Are you optimistic that relations between the two countries will improve?

Simsek: Yes. Our ties are strong and historical. Germany is home to over 3 million people with Turkish roots. The relationship cannot be broken so easily.