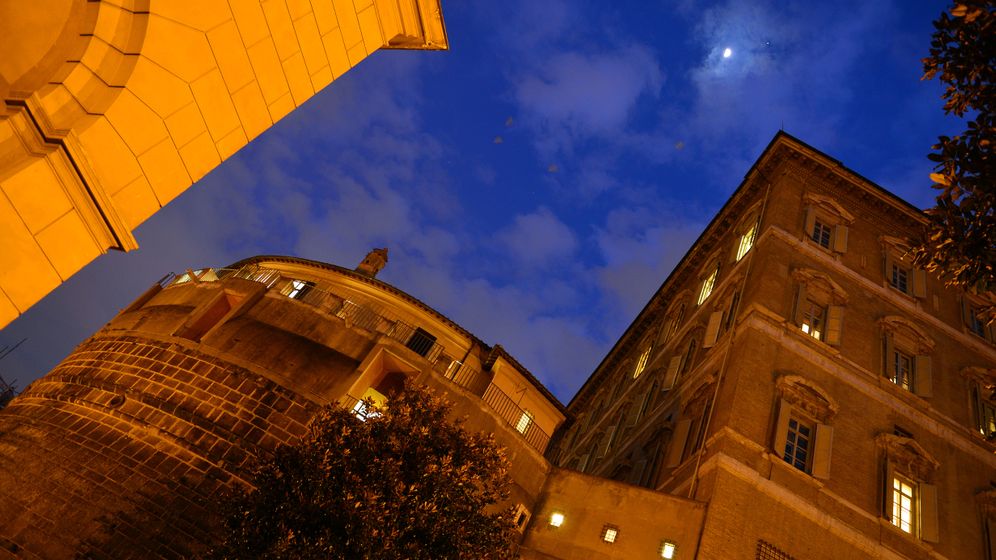 Photo Gallery: 'Transparency Is Not a Specter'

Brülhart: That does not fall within my area of responsibility. Why do you ask?

SPIEGEL: The first resignation of a pope in centuries has sparked widespread speculation. For instance, there is conjecture that the pope had to resign because he pushed for more transparency at the Institute for Works of Religion (IOR), commonly known as the Vatican Bank, and strove to clear it of all suspicions of money laundering. That is your job.

SPIEGEL: Since September 2012, it has been your job to step up the fight against money laundering and remove vulnerabilities in the Vatican's financial system. How much of a willingness to make reforms actually exists?

Brülhart: Back in 2010, Pope Benedict XVI moved to combat money laundering and founded the Financial Information Authority (FIA). The first anti-money laundering law was introduced in 2011, and this legislation was further tightened a few months later. The Vatican has submitted to an audit by the European Council's Committee of Experts on the Evaluation of Anti-Money Laundering Measures and the Financing of Terrorism (MONEYVAL). The Church intends to apply international standards.

SPIEGEL: The MONEYVAL report from the summer of 2011 certifies that the Vatican has made progress, but it still lists serious shortcomings, such as a lack of independence and the insufficient monitoring abilities of your supervisory authority.

Brülhart: We don't live in a world where everything is perfect at the push of a button. The report was an objective appraisal of the situation. We have made great efforts since then, and we shall continue to do so. The next step will involve bolstering the legal framework of the monitoring system within the IOR area of supervision, as stipulated.

SPIEGEL: At the beginning of the year, the Italian central bank briefly shut down all credit card terminals at the Vatican due to the risk of money laundering. What led to this?

Brülhart: It remains to be seen how money can be laundered by museum visitors. For diverse reasons, the relevant Italian authorities have come to the conclusion that at the present moment, business transactions with the Vatican by Italian banks, or by branches of foreign banks in Italy, could entail risks.

SPIEGEL: This is probably based on a number of Italian investigations into money laundering in which the Vatican Bank played a role.

Brülhart: Each case has to be examined individually. Generally speaking, bilateral cooperation is better than it's generally perceived, even during investigations. We are working intensively in areas where improvement is needed. The objective is to create a new relationship based on mutual trust. It won't fail on my account.

Brülhart: In my opinion, the IOR is a unique type of financial institution. It's not a commercial bank like Deutsche Bank, and it's not an investment bank like Goldman Sachs. The goal is not to generate as much profit as possible. The IOR's mission is to promote Christian works. It is primarily a service enterprise of the Catholic Church that handles internal monetary transactions. There are no international branch offices. Most activities take place via third-party banks.

SPIEGEL: Nevertheless the Vatican Bank operates in an entirely secular manner around the globe.

Brülhart: The Catholic Church is a global institution, and the IOR has to provide its services for the Church in a global manner. But there isn't peace everywhere in the world. There are individual countries that are sanctioned, either by the international community or by individual countries. Yet there is also a Christian life in these countries, with communities and churches that have to be financially supported. That's not always easy.

SPIEGEL: That means that the IOR also has to maintain financial relations to countries that have been blacklisted?

Brülhart: Not to sanctioned countries, but rather to Church institutions that are active within these countries. When we talk about the possible misuse of the IOR for money laundering, the outside world has to recognize the exceptional role of the IOR. We are not talking here about conventional banking transactions. That's what I try to convey to the people I talk with around the world. At the same time, the Vatican has to understand that its functions can be prone to illegal activities. Indeed, the IOR must always be able to recognize whether or not its activities are serving the purposes of the Church.

SPIEGEL: Many of the Vatican's financial transactions are conducted in cash, and this is what makes it particularly susceptible to money laundering.

Brülhart: Such a danger exists everywhere where there are large numbers of cash transfers. That's why it's so important to know where the money comes from and where it's going.

SPIEGEL: In the past, dubious business people, who shouldn't even have been customers in the first place, allegedly used the Vatican Bank with the help of front men. Your authority allegedly ranks roughly 1,000 customers as "highly problematic," and you are reportedly investigating six cases of suspected money laundering.

Brülhart: I currently don't want to name any precise figures, but I would not rely on the ones mentioned. Furthermore, there is a difference between reports of suspicious activities and actual investigations. Reports of suspicious behavior are nothing negative, but rather a sign that the system is working. And ultimately not every suspicion is confirmed; instead, there are explanations for the abnormalities. The truth of the matter is that our initiatives are starting to have the desired effect.

SPIEGEL: Let's take a fictive example: In a country that is prone to money laundering, the Church receives large donations to maintain the houses of worship. How can you ensure that these funds actually serve this purpose, and that it's not just a portion of the money going to the churches, while the rest is laundered?

Brülhart: In this case, we have to know as early as possible who are the individuals involved. Does the amount of money donated stand reasonably in relation to the intended use, and who will be responsible for realizing the corresponding work?

SPIEGEL: So you intend to have contacts in all institutions who can provide you with reliable information on the use of funds?

Brülhart: Of course. Internal transparency is not a specter, nor a threat. On the contrary, it strengthens and protects. One knows whom one is dealing with and the details of each individual case. The same holds true for the IOR.

SPIEGEL: Is that also the official line of the Vatican?

Brülhart: Over the past few months, I have witnessed a great political will to go in this direction. But at the same time, we are dealing with what is perhaps the oldest institution on earth. Structures have evolved here over many generations. I thus have to do a great deal of communicating. I have to explain the logic behind the planned measures, and where these changes provide an advantage to the church. And that's a good thing.

SPIEGEL: Where is there an advantage?

Brülhart: Whether it likes it or not, the Vatican is a high-profile institution. It is permanently in the spotlight. In a changing media landscape, the Vatican has to present and explain its actions. The Catholic Church represents 1.2 billion faithful worldwide. It stands for belief and moral values. This engenders responsibility. The Church strengthens its moral position when it credibly and publicly combats the secular evil of money laundering.

SPIEGEL: For decades, the Vatican Bank has stood for a total lack of transparency, and it has been repeatedly linked to money laundering and the mafia. Are these all just conspiracy theories and myths?

Brülhart: I prefer to work with facts. If one looks at the size of the Vatican Bank, in other words, the amount of administrated assets …

SPIEGEL: … we are speaking of slightly more than €6 billion ($7.75 billion), which corresponds to the customer deposits of the district savings bank of Ludwigsburg, Germany …

Brülhart: … then this is a manageable volume when we talk about the potential threat of money laundering. I'm not trying to play down its importance, but rather just clarify its relative size. It's my authority's job to uncover money laundering, and trace where it possibly took place, and prevent it wherever it is an impending menace. The idea is to establish a functioning and sustainable defense system that allows the early recognition of possible abuse in the area of finance.

SPIEGEL: The election of a new pope also means a reshuffling of key positions in the Vatican's power structure. What impact will this have on your work?

Brülhart: None, I assume -- at least nothing negative. Of course new individuals will be appointed to administrative positions. Since 2010, at the latest, the Vatican has made a clear commitment to combating money laundering. During the period of the sede vacante, I have not seen a single sign of a reversal. Quite the contrary, a positive movement has been launched, and this will continue. I believe there's no turning back now.

3 Bilder Photo Gallery: 'Transparency Is Not a Specter' 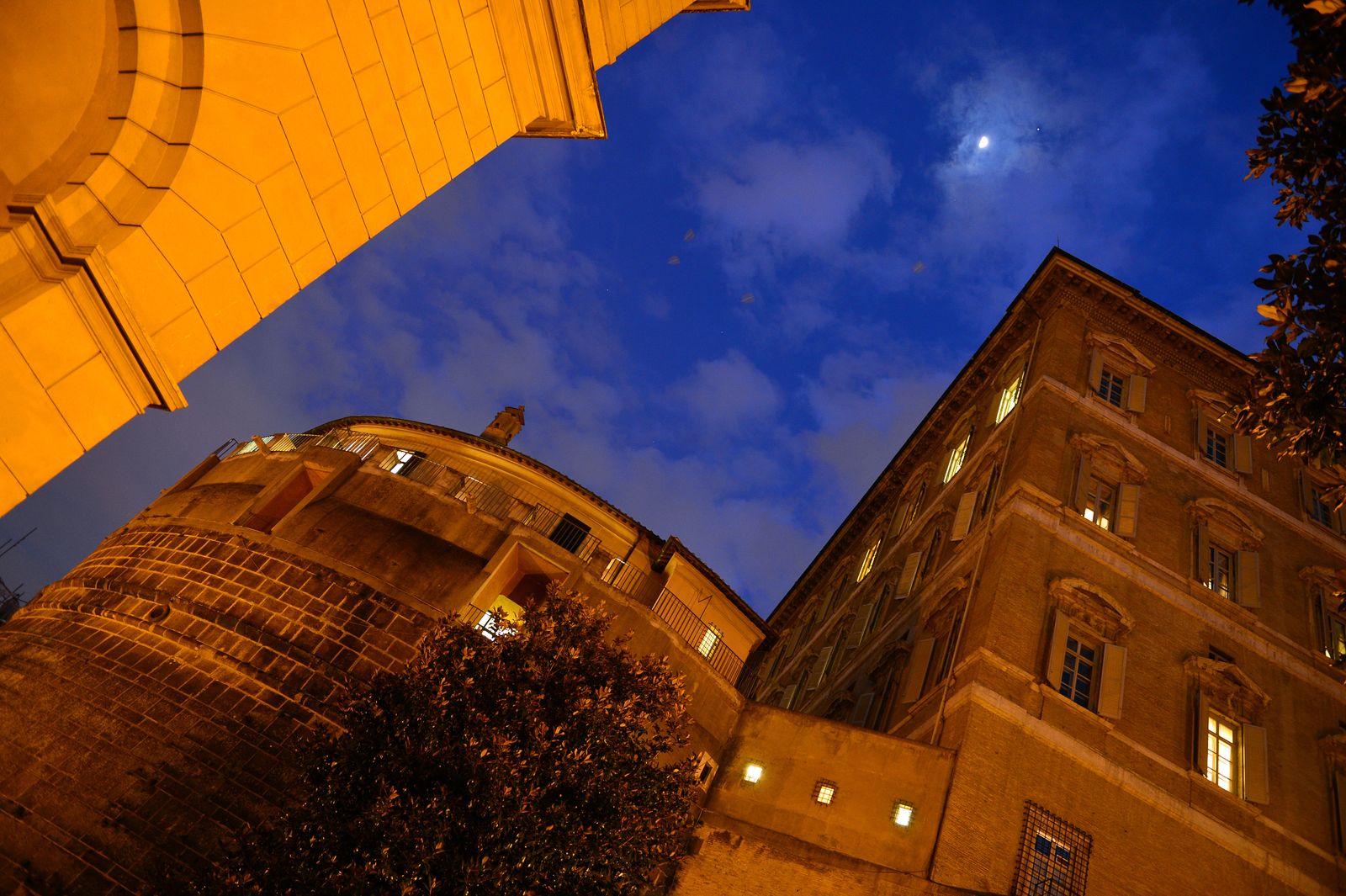 The Rome headquarters of the Vatican Bank: "Transparency is not a specter."