Amid all the doom and gloom of the escalating euro crisis, there was a rare piece of good news for European leaders on Friday, when Irish voters backed the fiscal pact in a closely watched referendum.

The Irish government declared victory based on early results, which showed the fiscal pact passing by a margin of around 60 percent in favor to 40 percent against. Official results will be announced on Friday evening. Surveys ahead of Thursday's referendum had predicted a "yes" vote.

The government's reaction to its victory was restrained. "It's a sigh of relief from the government rather than a celebration," Transport Minister Leo Varadkar told reporters.

Declan Ganley, a prominent Irish euroskeptic and leader of the Libertas political party, admitted defeat for the "no" campaign. He said Europe now needed to repay Ireland's trust. "The majority of the electorate here have expressed trust and faith in our partners in Europe to do the right thing by us," he told reporters. "This was the only democratic exercise on this particular treaty to be carried out in Europe."

"It is a message of support from Ireland to Europe," said Dermot O'Leary, chief economist at the Irish firm Goodbody Stockbrokers in remarks to the Reuters news agency. He added, however, that politicians "won't have long to celebrate" because of other issues in the euro zone that now need their attention.

The Socialist group in the European Parliament welcomed the result. Hannes Swoboda, the head of the group, said that the Irish had "taken their responsibility to Europe seriously."

Turnout in the referendum was low, with fewer than half of Ireland's 3.1 million registered voters bothering to cast ballots on Thursday.

'The Treaty Will Solve Nothing'

The fiscal pact, a pet project of German Chancellor Angela Merkel, was agreed on by 25 of the EU's 27 member states at a summit in January. Those nations are committing themselves to stricter budgetary rules, such as reducing their budget deficits to less than 0.5 percent of gross domestic product. Only 12 of the 17 euro zone countries are required to ratify the pact for it to enter into force, but an Irish "no" would have been a setback for the initiative. Ireland is the only country holding a referendum on the pact.

A clause in the treaty states that only countries that sign up to the pact will be granted access to money from the European bailout fund in the future -- meaning a "no" vote would have cut Ireland off from possible emergency funding after the current bailout program expires. The government argued that Ireland needed to support the pact in the referendum to keep that option open, even though Dublin hopes to return to financing itself on the bond markets at the end of 2013.

"The treaty will solve nothing, but (…) we're going to need European money next year, plain and simple," one Irish "yes" voter told the Associated Press.

Analysts pointed out that the "yes" vote gives Ireland a better chance of returning to the bond markets, but that other problems with the Irish economy such as high unemployment and lack of growth remain. Ireland has been seen as the poster child among the euro zone's crisis-hit countries, having dutifully implemented the conditions of its €85 billion ($105 billion) European Union/International Monetary Fund bailout. But it desperately needs economic growth if it is to reduce its public debt, which is set to reach a dangerously high level of 120 percent of gross domestic product next year. 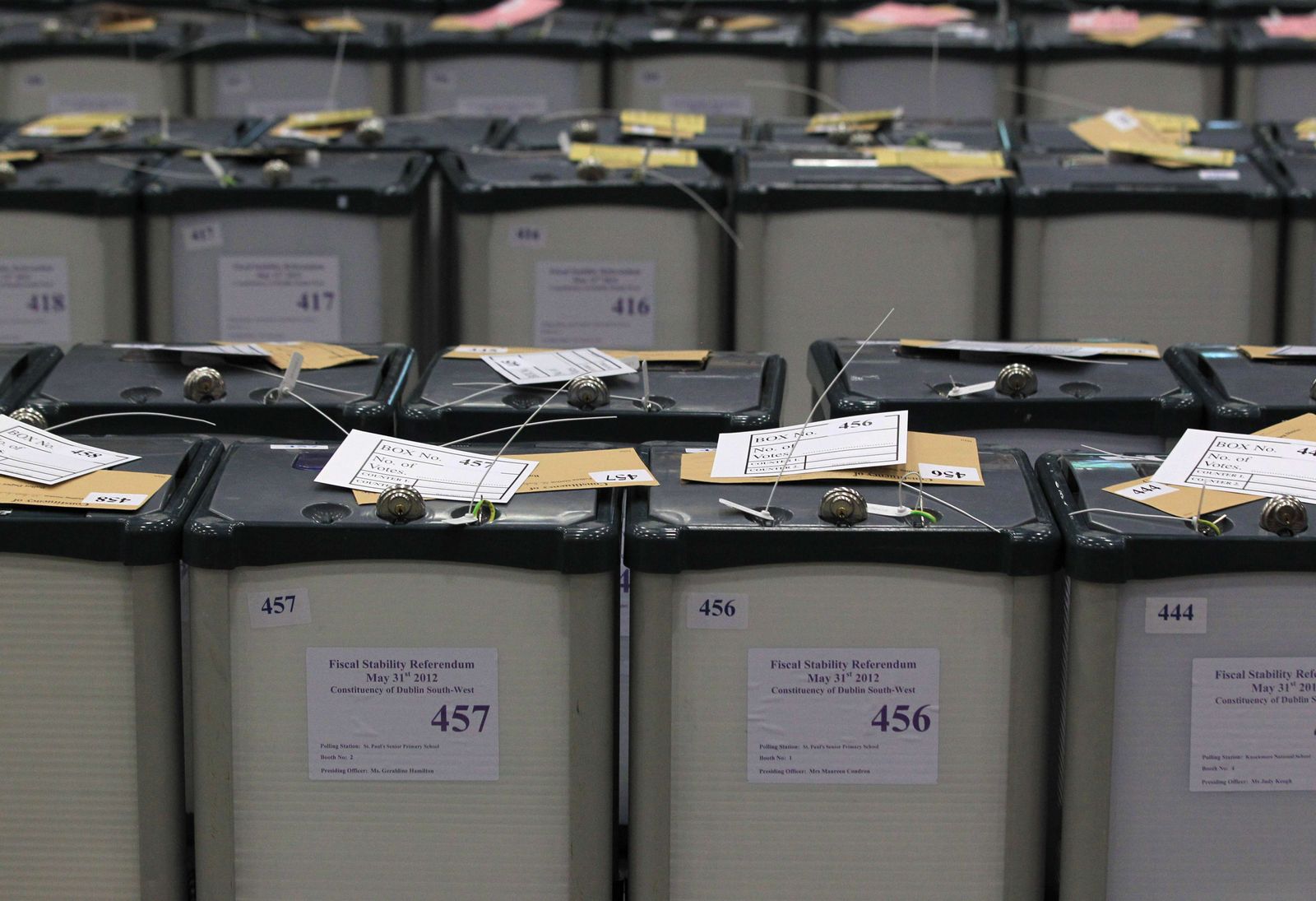 Sealed ballot boxes in Dublin during the vote count on Friday.