Is Belgium going to break up? A party which would like to see just that scored big at the polls on Sunday, putting a new emphasis on the long-simmering tensions between the country's Dutch- and French-speaking populations.

The New Flemish Alliance (N-VA), a party that has called for independence for the Dutch-speaking Flanders region, became the largest single party in parliament. With 27 seats, the party will hold about one-fifth of the power in the 150-member law-making body. In Flanders, the party scored more than 30 percent of the vote, beating out the conservative Christian Democrats. Meanwhile, the right-wing, separatist Vlaams Belang party scored 12.5 percent of Flemish votes.

"We have won the elections today," N-VA party boss Bart De Wever declared. "We are the largest party in Flanders." He did not, however, state with whom his party would seek to create a government or whether he would try to become prime minister. "We want to push through the necessary reforms as quickly as possible, and we have to create order in our finances."

The losers in the elections were the liberals and the conservatives. The Christian Democrats (CDV) led the country in the most recent government, with Yves Leterme as prime minister, but the party only scored 17.5 percent of Flemish votes. Party head Marianne Thyssen, who had been considered a favorite, conceded defeat on Sunday.

In French-speaking Wallonia, the leftist Socialists won, scoring 30 percent of the vote, with the liberals trailing them. The head of the Socialist Party in Wallonia, Elio Di Rupo, has now emerged as a possible candidate for the post of prime minister -- indeed, De Wever has said he might accept Di Rupo, the son of Italian immigrants, if they reach an agreement to form a government. Politically, however, little unites the Socialists and N-VA, and finding compromises will likely be extremely difficult.

For one thing, N-VA offficials have been very public about the fact that they desire an independent Flemish state and the division of Belgium. Flemish nationalists and French-speaking Socialists have ideas about how to reform the country that couldn't be farther apart. The N-VA supports a loose federation for Belgium and an end to Brussels' special status (as the only region in the country where people can vote for Dutch or French-speaking parties) whereas the Socialists want to strengthen the federal state and expand the Brussels region.

De Wever and his supporters want a number of federal powers in justice, health and social security to be transfered to Flanders and Wallonia. This would stop billions in transfer payments from north to south and create far greater autonomy than currently exists in the regions. But it would also set in place the structures that would be needed if the country were to eventually split up.

For N-VA, Sunday's result was a stunning catapult to victory. Only three years ago the party, which was still aligned at the time with the Christian Democrats, scored only 3 percent of votes. "It's an historical victory for N-VA," said Alexander De Croo, the head of the Flemish liberals, the Open VLD.

In April, De Croo caused the government of Prime Minister Leterme to collapse. Early elections were called after Leterme's government fell apart over a dispute about changing voting rules in the Brussels-Halle-Vilvoorde electoral area. The district is comprised of Brussels and the 25 Flemish municipalities surrounding it. The electoral district is the only one in Belgium where Dutch-speaking and francophone political parties compete directly against each other. Although the communities are technically part of Flanders, many are now governed by French-speaking politicians. Fearing the "Frenchification" of the communities, Flemish politicians have sought to change the voting rules. But the Wallonians have refused, instead pushing for the communities to be annexed as part of Brussels.

'We Do Not Want a Revolution'

The language dispute between the regions has been an ongoing one in Belgium's 180-year history. Initially, the Dutch-speaking population sought equal footing for the Flemish language and culture in a country where the French dominated until after 1945. Later, massive economic upheavals shifted the strength to the Flemish population after a painful process of deindustrialization in Wallonia that saw the demise of its coal mining and steel industries. Today, the roles have beeen reversed and the once agrarian Flanders is economically far better off than the French-speaking "poor house" to the south, as some call it.

Unemployment is at only 7 percent in Flanders, whereas between 17 and 21 percent of people are unemployed in Wallonia and Brussels. Incomes in Flanders are also 25 percent higher. For years, the Flemish have been upset about having to subsidize their French-speaking compatriots to the tune of €7 billion a year through tax money and by paying more into the country's joint social welfare system.

Given Belgium's complicated federal structure and the animosities between the French and Dutch speakers, it will likely take months before a new government is formed. After the country's last election in 2007, it took around nine months for Belgium to build a government. When Belgium takes over the rotating European Union presidency on July 1, it will likely do so with a caretaker government at a time when the EU is plagued by the euro crisis and difficulties trying to find its footing in the post-Lisbon Treaty order.

As far as the break-up of Belgium goes, even De Wever knows there are limits -- and few expect it to happen anytime soon. "We do not want a revolution," he said just before the election. "We do not want to declare Flanders independent overnight. But we do believe in gradual evolution." He said he wanted Belgium to "slowly but surely, very gently disappear." 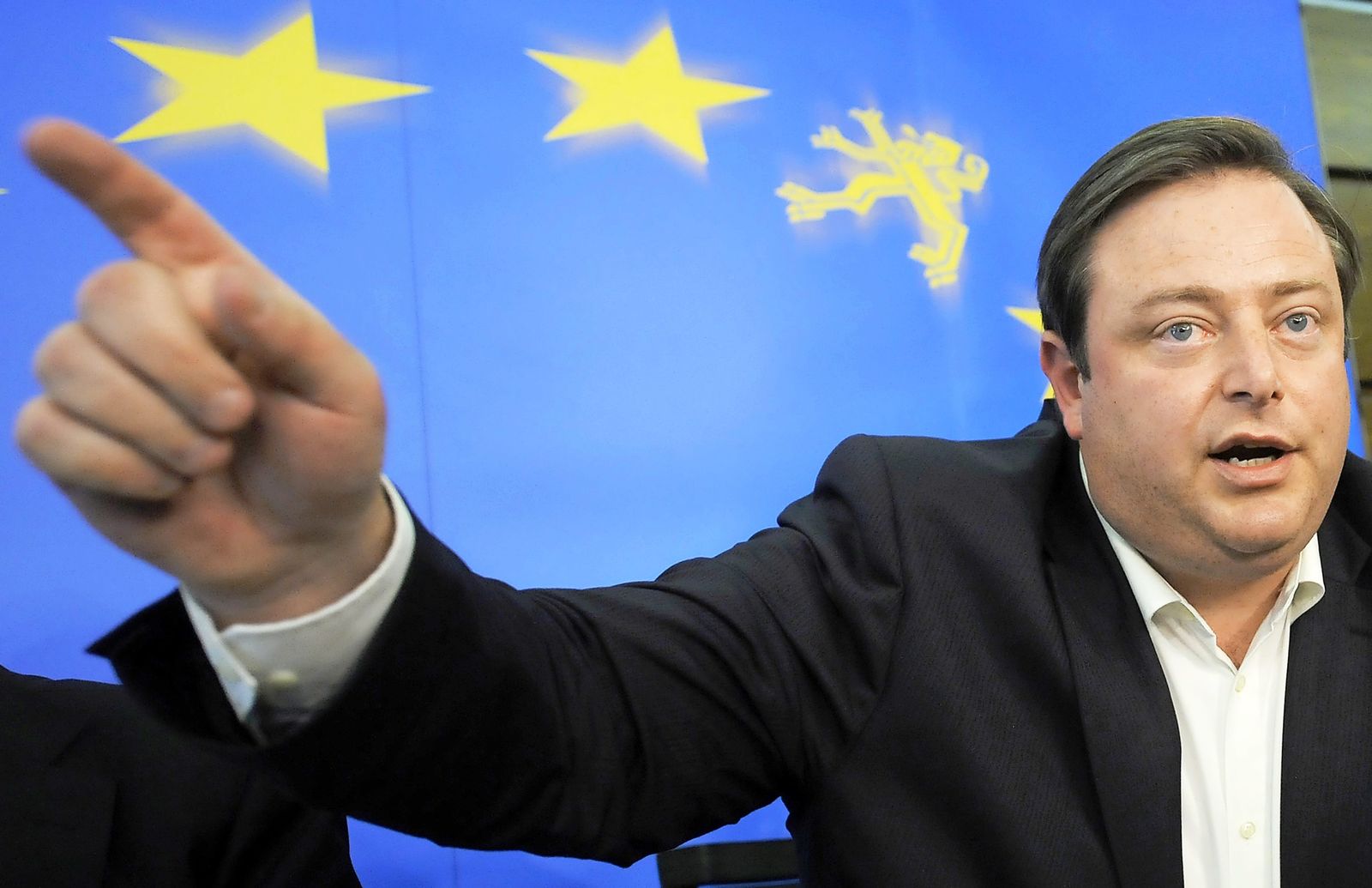 Bart De Wever, head of the separatist New Flemish Alliance: "We are the largest party in Flanders."