It was a nice moment, but it was short. The first exit polls from the election in Italy were greeted with relief in Brussels and Berlin on Monday; the stock markets in Milan, Frankfurt and London ticked upwards and the interest rates on Italian sovereign bonds dropped. Silvio Berlusconi had fallen short of his goal. His opposite, it seemed, had won the election, the center-left candidate Pier Luigi Bersani. Half of Italy was pleased, as was the rest of the world.

But just a short time later, the stock rates froze and the bond rates began climbing again. New forecasts showed that Berlusconi had won a majority in the Senate, the second house of parliament in Rome. Furthermore, the "Five Star" movement of the ruthless former comedian Beppe Grillo had nabbed 24 percent in the Senate, according to exit polls. As a result, Berlusconi and Grillo together have a blocking majority. Without their approval, laws cannot be passed. They may not like each other, but they are both euroskeptics, opposed to "the Brussels bureaucrats." And they have vowed resistance to the "dictates from Berlin." Indeed, they stand opposed to everything that a Bersani government seeks to -- and must -- accomplish. Already, there are voices -- mostly from the Bersani camp -- speaking of new elections. Post-election Italy, they say, is ungovernable. At the very least, it is likely to take some time before a government can be assembled, if it can be done at all.

The results from the election on Sunday and Monday present perhaps the worst scenario possible, short of a Berlusconi victory. Europe is bound to suffer. An ailing Italy -- the third largest economy in the euro zone -- with a weak government is bound to once again become a plaything of the financial markets. Rome's massive, €2 trillion mountain of debt will continue to grow, as will risk premiums on Italian bonds, tearing new holes in the country's budget. And a wobbly Italy presents an acute danger to all of Europe. Unless Bersani can find a partner that grants him a Senate majority, an eventuality which looks highly unlikely.

In parliament, the center-left was able to secure a majority. His lead over Berlusconi's alliance is not large, but Italian law grants the winner a minimum of 340 seats, representing a 54 percent majority. The rule is designed to ensure a stable government, and it works, in the lower house at least.

But in the Senate, extra seats are granted on a regional basis. And there, the situation doesn't look good for Bersani's dream of a stable government. Given Berlusconi's tiny lead, the center-left leader would need but a small coalition party to secure a majority. Indeed, that was to be the role played by outgoing prime minister Mario Monti.

But Monti, an economics professor once celebrated as Italy's savior, lost big on Sunday and Monday, landing well behind even Grillo. He had influential backers, including the Catholic Church, Italian business leaders, foreign leaders and, most of all, Brussels and Berlin. But he failed to gain significant support among the electorate. He received a mere 10.5 percent in the parliament and a weak 9.2 percent in the Senate, according to exit polls, a feeble result. The majority of Italians -- young and old, rich and poor -- have suffered from rising taxes, shrinking buying power and a wave of bankruptcies triggered by Monti's austerity policies. They opted for anything but a continuation of his government.

Still, even Monti's meagre haul would be enough to push Bersani beyond Berlusconi in the Senate. But if Grillo's Five Star block votes with Berlusconi's alliance against the center left, they can easily block any law not to their liking. And without the Senate, it is impossible to govern Italy. Every law has to find approval in both houses. Which means that Bersani will have to go looking for additional allies.

During the campaign, he said that he was open "to all alliances," and a pact with Monti seemed the most likely. But even that partnership would be fraught. Monti belongs to the center-right camp and his economic policies tend to be conservative. Prior to becoming prime minister, he was a consultant for Goldman Sachs and a board member of the Bilderberg Conference, where the world's rich and powerful meet away from the public eye. Bersani, for his part, comes from a communist grouping that morphed into a Social Democratic reform party. His friends are union leaders rather than global players of the financial world. Monti is close to the Christian Democratic German Chancellor Angela Merkel. Bersani's preference is for the Socialist president of France, François Hollande.

"We will continue austerity policies to pay down the sovereign debt," Bersani pledged before the election, adding that he would ensure "a bit more equality and more jobs."

Stefano Fassina, a professor of economics who belongs to Bersani's Democratic Party, was more concrete. The austerity policies pursued thus far, he said, have only led to recession, and he promised that his party would not introduce additional belt-tightening measures. He said that growth must be stimulated via increased state spending on education, research and infrastructure. That, of course, would only increase the Italian debt load -- and would hardly find approval from Monti.

Furthermore, Bersani is allied with Niki Vendola, head of Left Ecology Freedom. He is even more opposed to EU-wide austerity than the Democratic Party. Monti said during the campaign that he was uninterested in joining Vendola in a coalition, saying Bersani would have to jettison the party if he wanted his support. The openly homosexual Vendola also hopes to establish a legal basis for gay marriage -- a plan to which Monti is opposed.

And should Bersani make too many compromises in the effort to secure Monti as a partner, Vendola is likely to turn his back. A coalition would become impossible under such a scenario.

If a partnership with Monti seems difficult, however, one with the "Grillini," as Grillo's followers are called, is virtually impossible to imagine. They believe that politicians and bankers, judges, business leaders and the press -- in short, the entire establishment -- has united against the people, simple Italians and youth.

Indeed, the potential behavior of the Grillini in parliament is one of the great mysteries left behind by the Italian election. Will they remain silent? Will they vote against everything? Or would some of them ally themselves with a Bersani government if they are promised radical reforms to the country's political system?

Even should such an alliance be created, it would hardly be a stable one. Particularly given that Grillo himself has no interest in becoming a parliamentarian. He prefers to remain on the outside, in opposition against the establishment.

And Berlusconi? His campaign alliance with the Northern League isn't likely to last, nor does his party seem built for the long haul. But he will do his best to interfere with the creation of the next government and to block its plans in parliament. After all, he remains fuelled by a powerful motivation: that of protecting himself from the Italian judiciary. Indeed, that would be the price for his participation in a coalition with Bersani -- perhaps even with Monti as head of government.

That, though, is not particularly realistic. And it would be devastating for Italian democracy. 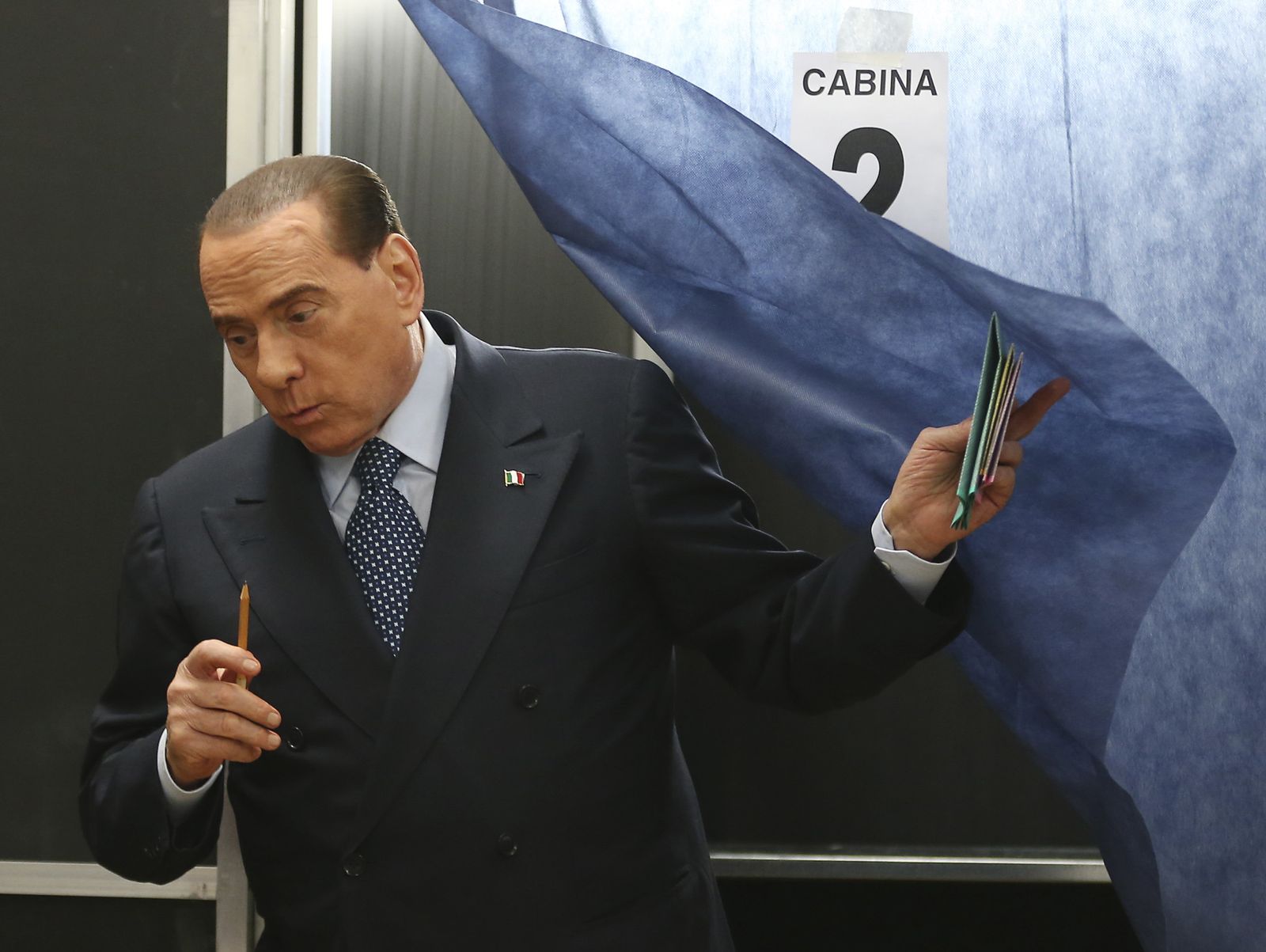