On Sunday, a concerned Italian Prime Minister Giuseppe Conte made a personal call to officials at the Ospedale Papa Giovanni XXIII hospital in Bergamo. He wanted to know if the national government in Rome could do anything to help. The ultra-modern clinic is barely able to keep up with the countless numbers of COVID-19 patients it is having to treat from Bergamo and the surrounding area. The hospital has a shortage of protective masks, ventilators, doctors and nurses. The Italian army recently dispatched 20 military doctors to help at the hospital. At the moment, every delivery of oxygen tanks to the medical facility is a newsworthy event.

Within four days, the number of infected people in Bergamo has doubled to almost 3,800 at last count, and deaths have tripled. Telephone hotlines at the responsible authorities are ringing non-stop because a growing number of people are calling to report coughing or fever symptoms.

Mayor Gori: "We have to be much tougher."

Giorgio Gori, 59, a member of the Social Democrats, was born in the city of 120,000 inhabitants near Milan. In 2014, he became mayor of Bergamo. Before that, he worked as a journalist as the head of the TV station Canale 5. Gori has been warning for days that Bergamo is on the brink of the abyss and that won’t be able to withstand the crisis much longer.

DER SPIEGEL: Mr. Mayor, what is the current situation in Bergamo?

Gori: Very critical. The number of sick people is constantly growing. Unfortunately, a lot of people in need of care are dying because of the epidemic.

DER SPIEGEL: What can you do about it?

Gori: The main front runs through our hospitals. We have created hundreds of new beds in intensive care medicine in recent weeks. We have called for help from doctors practicing in every area, as well as retired doctors and general practitioners, and prepared them for corona deployment as quickly as possible. There is actually an excellent health care system in my city and in Lombardy. But under these circumstances, it is really, really hard.

Gori: It's harrowing what friends who work there are reporting. It’s almost like being in the trenches. They are working around the clock, without sleep. Many have unfortunately become infected and are now at home sick. On top of this is the fact that there is a lack of protective masks and goggles. Most importantly, we are desperately searching for ventilators and other equipment that is needed for intensive care. That’s why we have launched an urgent appeal to the Italian health system, the civil protection agency and the international community. And, fortunately, we’re now getting support from other countries as well. Unfortunately, however, there are many elderly people who we cannot help and who cannot be taken to the hospital.

DER SPIEGEL: Are there criteria for who gets access to a ventilator and who doesn't?

Gori: I know of some patients who had complicated pre-existing conditions and were no longer ventilated so that the devices could be used for other infected persons. That has unfortunately happened in several places in Lombardy. But I don’t believe that to be the norm. Everyone should be helped.

DER SPIEGEL: Has Lombardy been left to face its problems alone for too long?

"We were the first in Europe to face this emergency"

Gori: We were the first in Europe to face this emergency, which is very, very difficult to manage. There might have been a little confusion in the beginning. In the meantime, however, I am convinced that the cooperation between the government, the regions and the municipalities here in Italy is working.

DER SPIEGEL: Could earlier action have prevented the corona outbreak in Italy, or at least slowed down the pace of the epidemic?

Gori: We could have reacted faster. For example, a red zone could and should have been established in Valle Seriana here in the Bergamo region. We requested this. It was clear that there were many corona cases in the hospital of the neighboring village of Alzano. It was just like in the hospital in Codogno, where a red zone with 50,000 inhabitants had already been established on Feb. 23 for that reason. But they didn’t do it for us. It took a few days before the government finally moved to shut down all of Lombardy and 14 other provinces in the north.

DER SPIEGEL: Why did Rome hesitate in your case?

Gori: I don't know. I have no interest whatsoever in launching political attacks now or in shifting responsibility back and forth. Everyone makes mistakes when you are catapulted into a situation like this. Overall, I would rate the response that has been given in the meantime positively.

DER SPIEGEL: How did you prepare your citizens for the gravity of the situation?

Gori: In the beginning, we still thought that a few precautions and rules of conduct might be enough. That it might be possible to continue a relatively normal everyday routine if public life was only partially restricted and the minimum distance of one meter was observed. But after a few days, we understood that it wouldn’t be enough. We have to be much tougher. At the last meeting of the mayors, we also made this clear to Prime Minister Giuseppe Conte.

DER SPIEGEL: How accepting were the people of Bergamo of the new rules?

Gori: Overall good. But two things really annoyed me after a week in which no one is really allowed to leave their homes: We have kept the tobacco shops open for daily needs. But you can also bet with scratch cards there, for example. Many elderly people have been going to these kiosks out of boredom. I have now banned scratch cards. Others have gathered at public hotspots to get free internet access. That’s why I turned off the municipal Wi-Fi in public plazas. Everyone has the responsibility to abide by the rules and, if possible, not to leave home anymore if possible. I hope everyone gets this.

DER SPIEGEL: Does the danger still seem too abstract to many?

Gori: Not really in Bergamo. Just about everyone here now knows someone who has fallen ill or died.

DER SPIEGEL: What comes next?

Gori: The most important thing now is that we stand firm and that people abide by the rules. I think we should be even more stringent. Many industrial companies are still open. I would close everything, at least here in Lombardy. Production should be limited to food and energy supplies. And, of course, in medical technology, because we desperately need more ventilators.

DER SPIEGEL: What can you as mayor do to make the situation more bearable for residents?

Gori: Many of the vulnerable elderly citizens, especially, live alone and need support. In addition to employees with the city administration, we now have 500 volunteers deployed to help them with shopping and pharmacy visits. We’ve also developed a number of smaller initiatives. For example, librarians at the public library are reading fairy tales to children on Facebook. We have also asked each resident to call elderly people and keep them company by phone. And we are delivering hundreds of meals to the needy. No one should be left in need.

DER SPIEGEL: When do you expect the wave to peak?

Gori: I don't know, I'm very cautious about that, because we know that most of those infected are asymptomatic and aren’t showing up on our radar for that reason. Besides, there are many who are home sick with a fever, who won’t get tested and also won’t show up in the statistics for that reason. With elderly people who die at home, we also don’t know for sure if they are victims of the virus.

DER SPIEGEL: Is it possible yet to estimate the economic loss?

Gori: That's impossible. But it will be very, very high, of course. The Italian government adopted 25 billion euros ($27.2 billion) worth of measures yesterday. That’s an important contribution, but it’s nowhere near enough. And I can only hope that European cooperation works in this situation and that nobody will come to the idea that we need austerity.

DER SPIEGEL: What is your conclusion after several weeks of corona crisis?

Gori: Unfortunately, Italy has now become a model for other countries. Now others must realize that they can no longer go out and dance, and instead have to adopt tough measures. As we did. And I don't even want to talk about those who have just fantasized about some alleged herd immunity ...

Gori: ... and are also closing their bars and pubs now. I can only hope that our experience will serve as an example to others.

DER SPIEGEL: What concrete advice do you have for German mayors?

Gori: Make sure that people stop meeting each other and keep their distance. Make good use of the time you still have left.

DER SPIEGEL: How are you and your family doing personally?

Gori: Fortunately, my children returned from their university towns on Sunday evening. But I haven’t hugged them. We’re keeping our distance. I can’t afford to get sick right now. 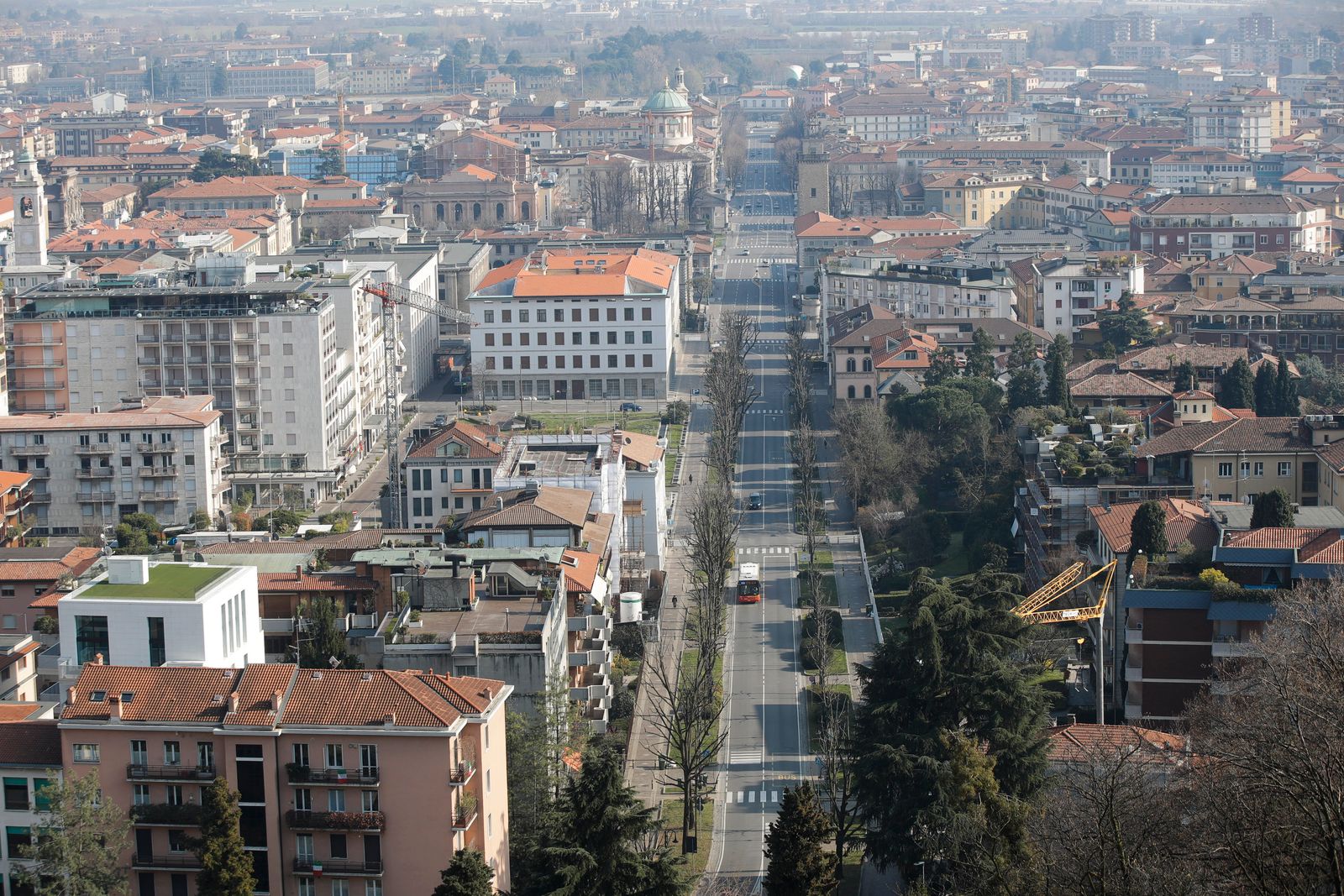 Bergamo, Italy, is on the brink of the abyss, its mayor warns. 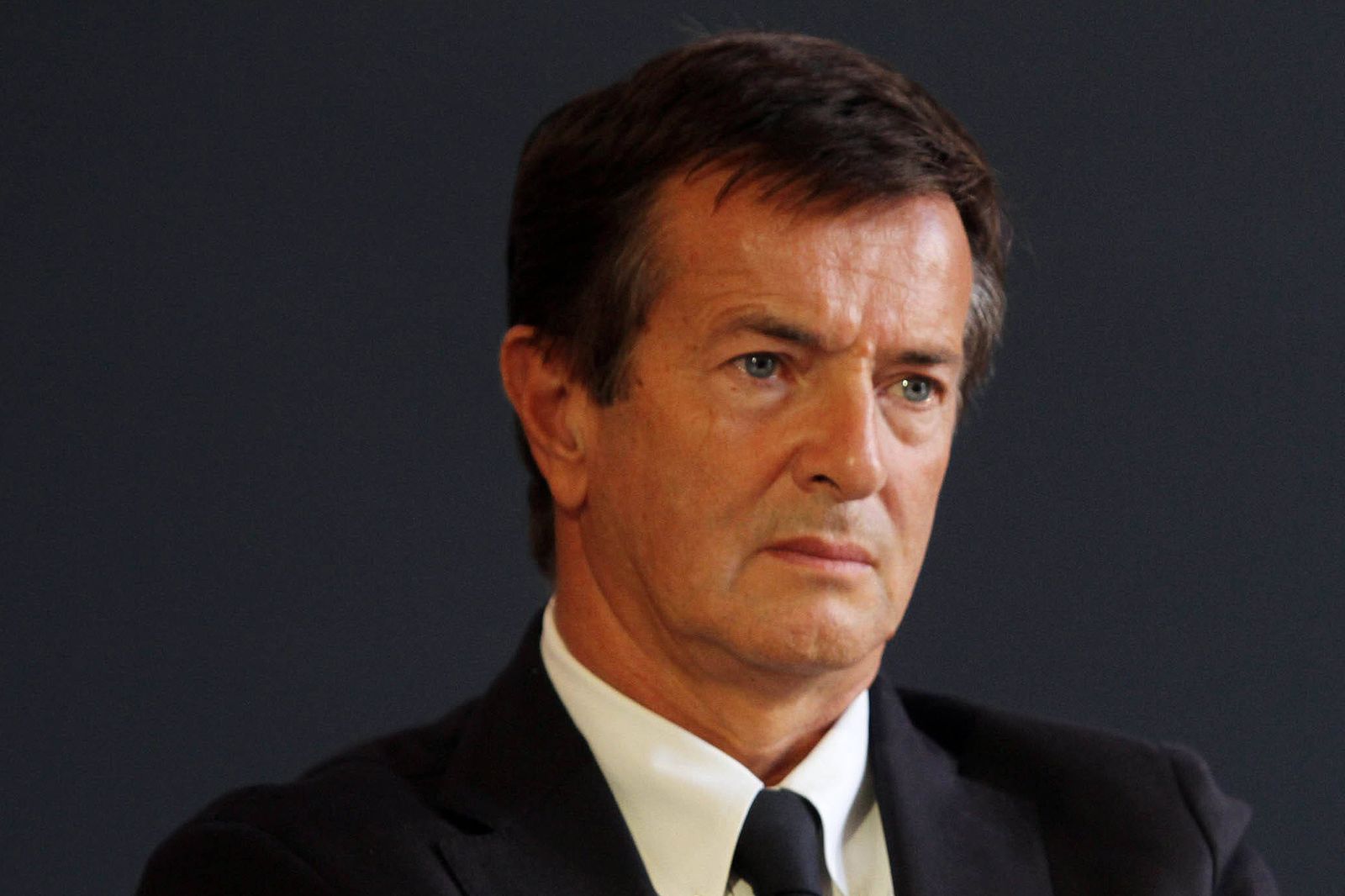 Mayor Gori: "We have to be much tougher." 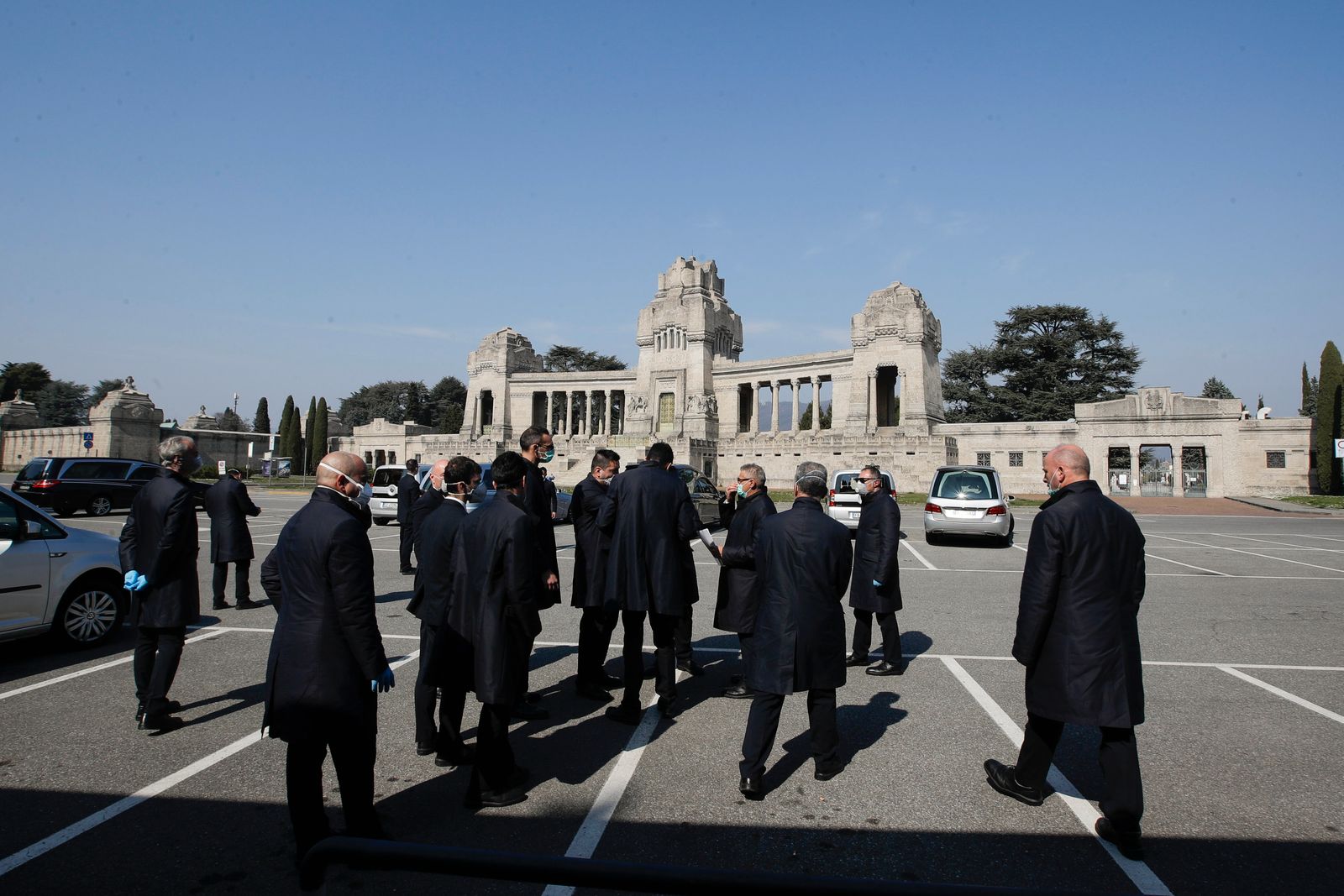 The burial of a coronavirus victim in Bergamo: The number of deaths in the city has trippled in just four days.