As tranquil as always, with clear words and little by way of emotion, Italian President Sergio Mattarella on Sunday night declared that efforts to form a government had failed for the time being. With the Italian and the European Union flags and the coat of arms of the Repubblica Italiana as his backdrop, he said the government could not be formed because doing so would carry massive financial risks for the country. Those risks, he said, made it impossible for him to accept Paolo Savona, the finance minister nominated by Lega and the Five Star Movement, the parties in the proposed new government. In the preceding days, Mattarella said, the anti-European speeches given by the nominee had already triggered higher risk premiums on sovereign bonds and led to a decline on the stock market that was already damaging Italy and would do even further harm to the country. It is his responsibility, he added, to protect Italy's companies and people from further damage. Period.

Now, by virtue of the rights vested in him by the constitution, he wants to install a transitional government, with economics expert Carlo Cottarelli leading the country until new elections can be held in the fall or next year.

It's an audacious move, especially given that the populist government coalition that failed to get installed has a majority in parliament and was democratically elected. The populists responded accordingly, with Lega party head Matteo Salvini decrying the move as "an attack on democracy." Five Star leader Luigi Di Maio called Mattarella's decision "incomprehensible." When it's ratings agencies that determine Italian's government and not the people, he said, then there's no point in holding elections at all.

But who is Sergio Mattarella? He was, after all, largely unknown despite half a life in politics -- at least until he was elected president in 2015 on the fourth attempt as a compromise candidate.

Mattarella was born in Palermo in southern Italy in 1941. His father Bernardo, a conservative Christian Democrat, served as a government minister multiple times in Rome while his older brother Piersanti was regional president in Sicily and was murdered in 1980 by the mafia. Sergio grew up in extremely political, upper class surroundings. Italian heads of government were frequent visitors to the home of Mattarella's parents and before he became Pope Paul VI, Giovanni Battista Montini also occasionally dined at their home.

Mattarella studied law, taught parliamentary law at the University of Palermo for a while and then went into politics as a Christian Democrat, like his father. He was at the forefront of an alliance that was formed between the Communists, the Christian Democrats and the Left Democrats during the 1990s. He was also at the forefront of the Partito Democratico (PD) party that would arise out of that movement.

He has always remained a quiet figure, but also a determined one. Against Silvio Berlusconi, for example. In 1990, he resigned from his ministerial post out of protest over a law that would have favored Berlusconi's television plans. He then quit his post as editor-in-chief of the Christian Democrats party newspaper Il Popolo in 1994 because the party's then leader, Rocco Buttiglione, had entered into an alliance with Berlusconi.

He has served as a minister, a deputy head of government and in seven different legislative periods in parliament. When he then switched to the "Old Age Home for Top Politicians," as some mockingly refer to the Constitutional Court in Rome, he still remained largely unknown to the population at large. That only changed slowly, after he was elected Italian president just over three years ago. But even in that role, he stayed true to himself - quiet and unspectacular, but also determined. Now, in his role as the guardian of the constitution, he has risen to become Italy's most popular politician.

Reverence for the Constitution

Many members of the Constitutional Court have changed during their time at Italy's highest court. "What we say, goes," one member of the court once said privately, "the only thing above us is heaven." This responsibility weighs heavily, but also helps build courage. That's probably the driving force behind Sergio Mattarella's determined action. It's a kind of reverence of the law, especially the constitution. A compulsory inflexibility. The constitution, after all, grants the president an enormous amount of power.

As the head of state, it is the president who calls elections. He approves the introduction of the government's draft laws in parliament, he enacts its laws and lends legal force to decrees and ordinances. He can also dissolve one or both chambers of parliament after consulting with their presidents. He is the commander in chief of the armed forces, he presides over the Superior Judicial Council and can grant pardons and commute sentences.

It's his job to ensure that the government's actions are in compliance with the law. Before he took action on Sunday, he had warned repeatedly that many of the political platforms being championed by the two victorious parties would violate existing law if implemented. For example, the generous, multi-billion-euro election gifts, including tax cuts, lowering the retirement age and providing a basic income to all. The country's tax revenues would not have been sufficient to cover that spending, as required by law. Worse yet, they were never intended to, say the leading players with Lega and the Five Star Movement. That approach angered constitutional lawyer Mattarella deeply.

But it was the anti-EU statements and the threats of withdrawal from the euro if Brussels finance rules couldn't be "renegotiated" that left Mattarella with no other choice in his eyes. After all, Italy's agreements with the EU and with the other EU and eurozone member states have legal force. You can't just wipe them away with slogans from Salvini and Di Maio like "we will defend the interests of Italians" or "indicators like spread and gross domestic product don't count for us" or by threatening to just not pay debts if worse comes to worst.

What was he supposed to do as the guardian of the constitution? Yield the country to these potential lawbreakers without any resistance? Or put a stop to everything, at least for a while, in the hope that another government coalition could be found that would prevent further damage to the Italian people and Europe?

In that respect, the Lega-Five Star coalition's stubborn insistence on appointing controversial EU adversary Savona may have been helpful for Mattarella's emergency plan. At the very least, it made it easier for him to explain his position.

For Lega head Salvini, regardless how loudly he may be protesting the decision, the new development isn't so uncomfortable. Now he will get the very new elections he has up until now constantly been threatening. 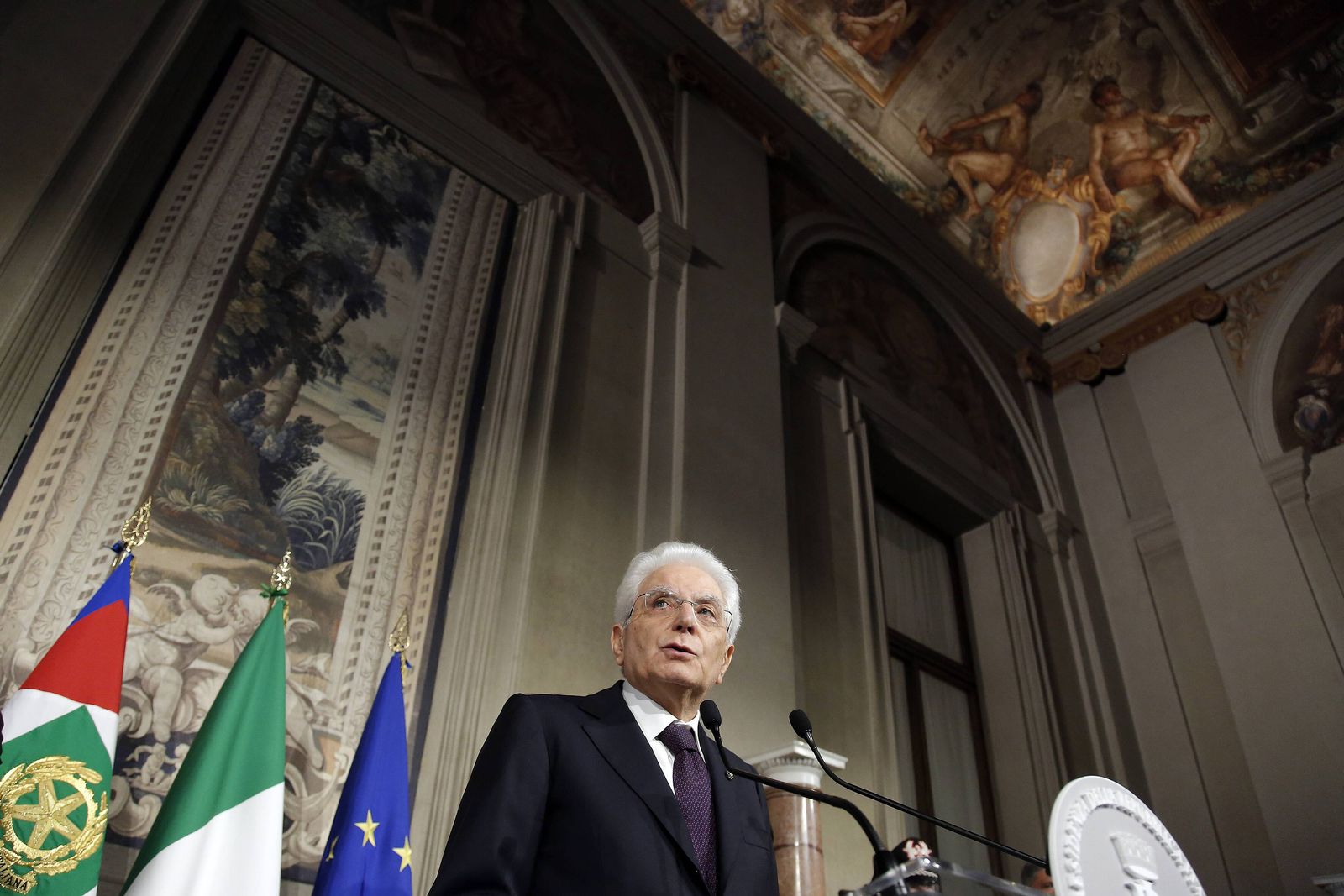