When Alessandro Mattinzoli finally got home on Wednesday, he had at least managed to survive one calamity. The restaurant owner had been hospitalized since Feb. 28, suffering repeated COVID-19 complications and even spending 10 days in a coma. "I wondered more than once if I would ever see my children again,” he says.

Now, though, the 60-year-old is facing his second calamity. He employs 69 people at his restaurant and café, the Osteria al Torre, on the shores of Lake Garda, but it has been closed for the past two months. "We paid them in March and April and we will pay them in May, but that’s as long as we can keep going,” Mattinzoli says with resignation. "A factory can easily be reopened. But the business won't simply return to Lake Garda.”

An audio tantrum he sent out while still in the hospital recently made him famous throughout the country. Mattinzoli is more than just a restaurateur - he’s also a member of the regional government of Lombardy. In his outburst, he said that Italian Prime Minister Giuseppe Conte should be ashamed of himself, before following up with a few choice insults.

"I was still under the influence of medication,” says Mattinzoli, who is a member of Silvio Berlusconi’s Forza Italia party. But he nonetheless stands behind his criticism. "The companies need money, as soon as possible. Dozens more companies will die with each day that passes without aid,” says Mattinzoli. He’s also calling on the government to put protective measures in place to ensure that companies don’t get bought up cheaply by international investors.

People across Italy are facing similar problems The coronavirus hit hard in Italy, with the wave of infections crashing quite early over the country. Most economic activity was suspended, with only the most essential services continuing.

Now that business activities are slowly resuming again, the next shock -- the country's economic collapse -- is waiting. Finding a solution will not be easy.

On the surface, there is plenty of activity. The Italians have vociferously provided their input on the advantages and disadvantages of corona bonds, reconstruction funds and the European Stability Mechanism (ESM), the eurozone bailout fund that Germany has promoted as a response to the Europe-wide economic impact of the corona crisis. A second major debate surrounds the question of which sectors will be allowed to reopen when the country starts loosening its lockdown on May 4. As if there were some kind of timeframe or proven strategy for rebooting the economy.

"A factory can easily be reopened. But the business won't simply return to Lake Garda.”

But beneath the surface, a more disturbing picture is emerging. Two months after the outbreak of the pandemic, government support is getting to Italians painfully slowly -- or not at all. Countless people have lost their jobs, a huge number are having to get by on food stamps and companies are going under. Across the country, people are beginning to wonder why so little of the billions in aid money is trickling down to them.

Economically, Italy finds itself facing two problems: The government must set up bailout packages that it can’t actually afford. And it needs to manage the crisis quickly and with as little red tape as possible. It must make vast improvements over how things have been handled thus far.

The severity of the situation is easily visible in Veneto, one of Italy’s richest regions, with economic output of 150 billion euros a year. That prosperity has done little to alleviate fears in the region. Roberto Bottoli is the head of the employer’s association Confindustria, which represents the fashion industry in Veneto, a sector that employs around 100,000 people in the region and generates 18 billion euros in annual revenues during normal times.

Last Wednesday, he sent a letter of protest to Prime Minister Conte. "If we don’t reopen immediately, it will be a bloodbath,” Bottoli wrote. He described how the companies he represents are losing orders in the important seasonal business with every passing hour. Worse yet: Lost orders could no longer be made up for. "International customers can just turn to suppliers in countries that aren’t in lockdown,” he wrote. Bottoli also admonished that his industry had survived globalization and unfair competition and that it cannot be allowed to die now from a halt in production. "Don’t knock us out,” he wrote to Conte.

The region has already seen a loss of 50,000 jobs since the outbreak of the pandemic, and there are no signs of that decline abating. Some 80 percent of companies in the region have fewer than 15 employees and little in the way of savings, which makes them particularly vulnerable.

"Many companies won’t be opening again – the quarantine has become a tragedy for them,” says Luca Zaia. The regional president is also frustrated. Initially, Veneto was hit just as hard as Lombardy, but it managed to quickly bring down the number of infections and would have preferred to end the lockdown quite some time ago, accompanied by strict safety measures. But Italy's political system does not allow regional leaders like Zaia to set their own rules for loosening lockdown rules. "I have to wait for decisions from Rome,” says the politician, a member of the right-wing radical Lega party. He feels the government’s response so far hasn’t been good enough. "The problem is the bureaucracy,” he says. "Many more resources also need to be made available and real aid must be provided.”

In Italy, though, it has been one bit of bad news after the next. The International Monetary Fund is forecasting that the Italian economy will shrink by 9 percent. According to Banca d’Italia, the Italian central bank, the lockdown is costing the country 9 billion euros a week. Tourism, Italy’s most-important industry, has been hard-hit.

"We don't see any light at the end of the tunnel,” says Tommaso Cerciello of the Italian industry association for small- and mid-sized businesses, which represents 250,000 companies. He argues that there needs to be less bureaucracy. Otherwise, he thinks Italy might be seeing a situation in which "the operation was a success, but the patient is dead.”

"We Are Left on Our Own"

Francesca, who works for a Milan fashion chain, has a lot to say about what the coronavirus means for workers. "I received my last paycheck back in February,” she says. The company she works for has been closed since mid-March and Francesca, who asked that her last name not be used, should actually be getting 80 percent of her normal salary through a work furlough program, but she first had to wait 16 days for the necessary documents from her bank, and now her application has become stalled somewhere. At the moment, she and her children are getting by on food stamps from her hometown near Milan. Francesca has no idea what will happen next. "The politicians are always full of talk,” she says, "but in everyday life, we are left on our own.”

Michele Prisco runs the company Falp in Saviano near Naples, at the foot of Mount Vesuvius. In normal times, he and his 25 employees manufacture chimney pipes and metal railings. "We’ve been closed for almost two months and sales have collapsed completely, but we have received zero aid whatsoever – no loan, nothing.” He would like to resume production, "but there probably isn’t going to be a line of customers waiting at our gates.” Still, Prisco says he would be pleased if he could receive enough orders to just get six or seven of his employees working. "I feel really sorry for families who are ending up out on the streets,” he says. "But we can’t work if the conditions aren’t right.”

And those who can afford it prefer to forego the new aid officers. People like Andrea Boragno, the head of the textiles manufacturer Alcantara, which employees around 550 people in Umbria. During the lockdown, his company was declared an essential business and was permitted to stay open. Boragno is also well-aware of his luck. "If we would have had to close for even a month, the damage would have been immense,” he says.

He tries to guarantee safety during manufacturing by providing masks, infrared thermometers and serological tests to all of his employees. Government loans? "We could probably get a loan for 50 million euros,” says Boragno, "but we can get money from our banks faster and under better conditions.”

Ultimatums, threats, pessimism: In the Italian debate, reality can frequently be hidden, both in politics and in business. The weak state and the country's unwieldy sovereign debt load can make it easy to forget how large private assets are in the country, how widespread real estate ownership is and how resilient Italian companies have been to past crises.

So, how serious is the situation in total? "Half the manufacturing in the country has been stopped – that’s serious,” says Stefano Manzocchi, an economics professor at Luiss University in Rome. He says that efforts to mount state aid programs have been very slow. "It’s an emergency," he says. But there has been movement in the last few days, he insists, and the banks are now playing along.

Alessandro Mattinzoli, the restaurateur at Lake Garda, wanted to spend the weekend at home recovering from his illness. "In February, I just wanted to make a quick visit to the hospital to get my cough checked and then go home after an hour,” he says. Instead, he wound up staying there for seven weeks in complete quarantine. "The fact that I can see my family again now is giving me all my energy back.”

This week, he intends to start the work of rebuilding – his company and Lombardy. "Our know-how and our cultural heritage are unique in the world,” says the restaurateur, "and so is our food.” 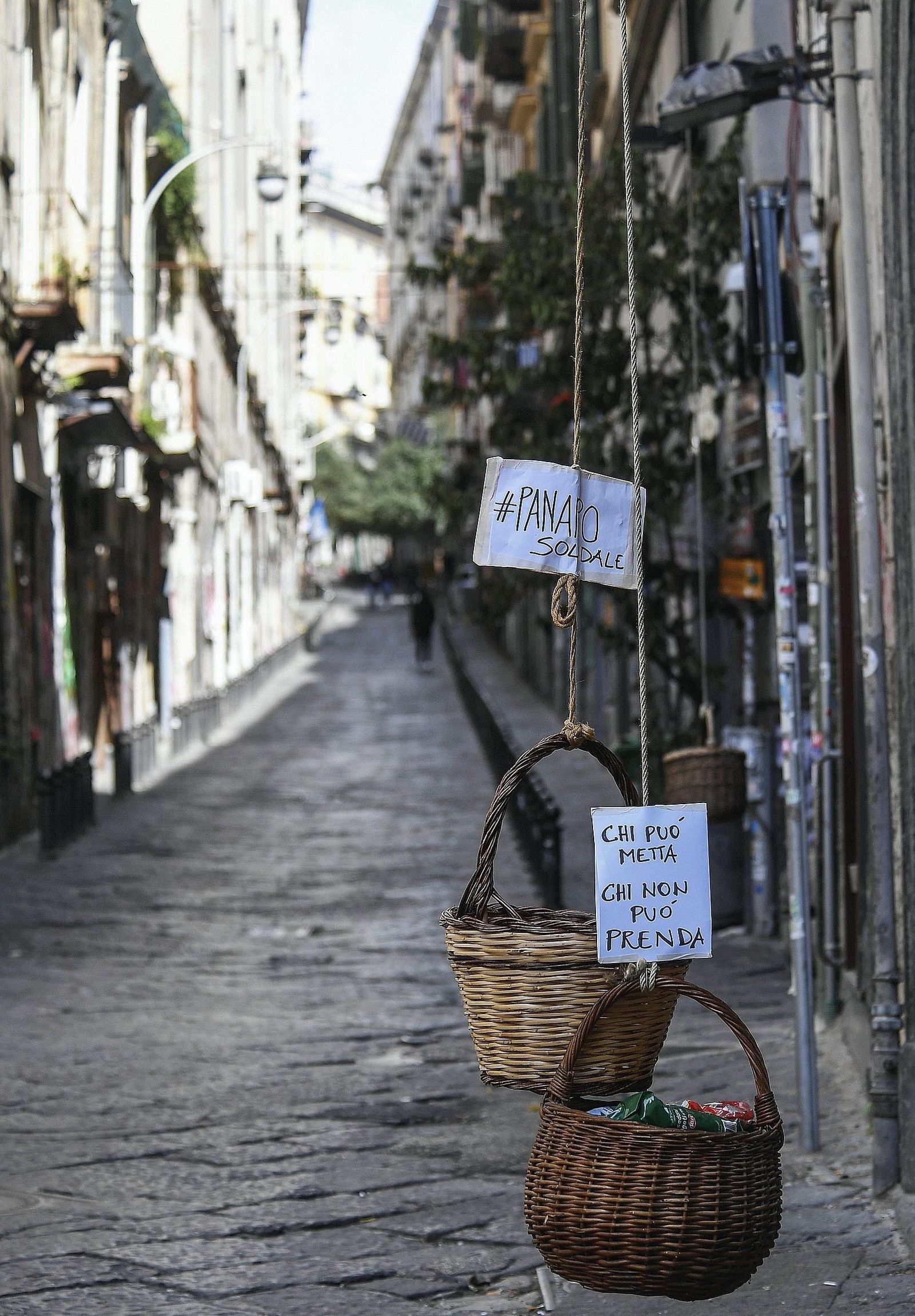 "If you can give, please do. If you can't, then feel free to take something." 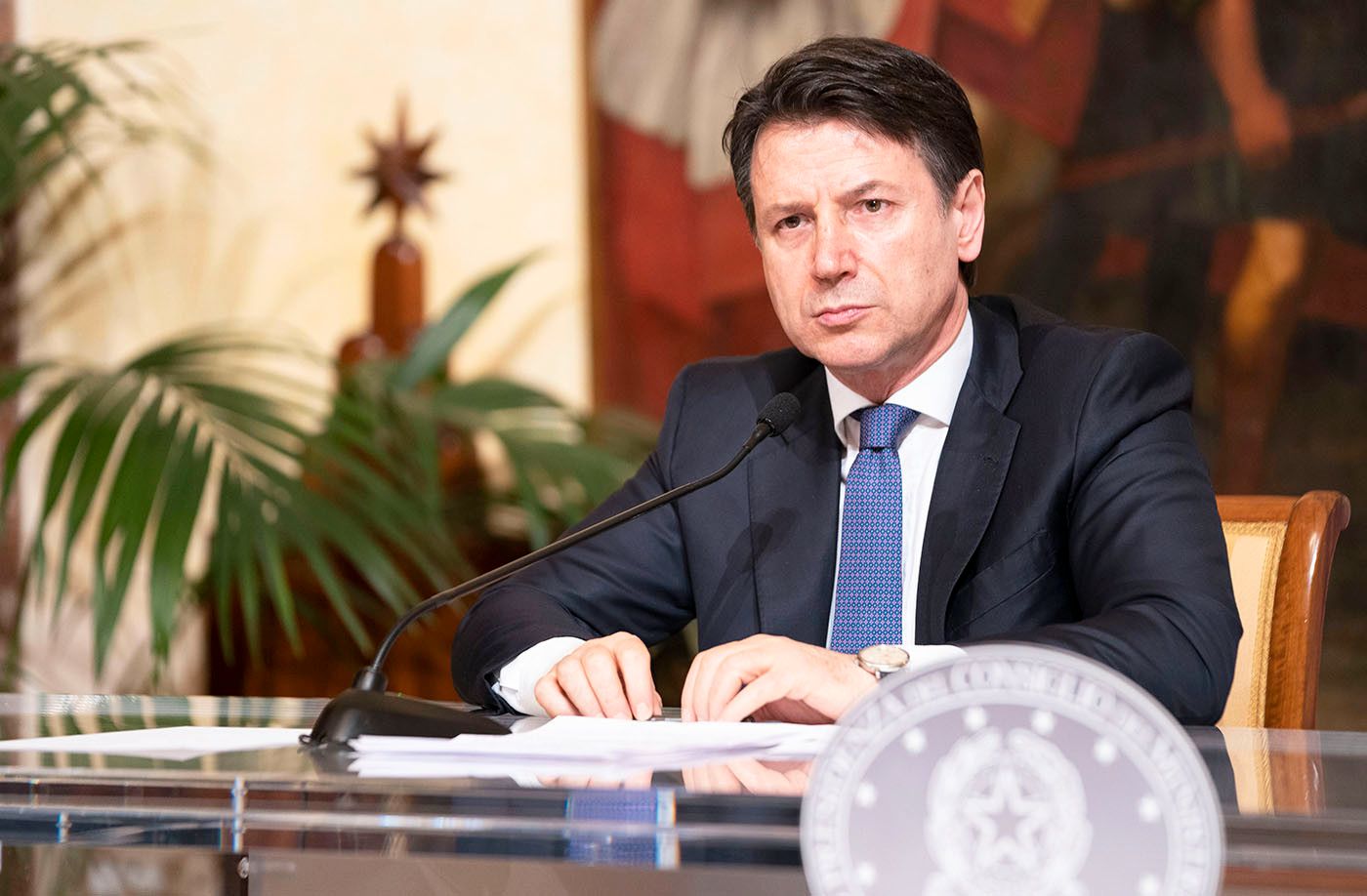 Italian Prime Minister Giuseppe Conte: One bit of bad news after the next