After ratings agency Standard & Poor's downgraded Italy's credit rating a notch on Monday night, Prime Minister Silvio Berlusconi immediately went on the offensive. The appraisal of the country's economic state seemed to be "dictated more by media reports than reality," he said. The Italian government is already balancing the budget, he added.

In reality Berlusconi has only just begun working on savings measures -- a reaction to massive pressure and repeated market fluctuations. His behavior demonstrates the leader's intention to cling to the populist style of governing until the bitter end. But the powerful media mogul's stance also betrays the limits of European Union influence on its indebted member states -- at least those that haven't yet been forced to accept a bailout.

That Italy might ultimately need financial support, to be sure, can't be ruled out. Certainly, in contrast to Greece and Portugal, the country has a powerful economy and still counts among the world's biggest industrial nations. But Italy's national debt, some 120 percent of its yearly economic output, is surpassed only by Greece within the EU.

Moreover, the Italian economy has grown only weakly in recent years, meaning that there is too little tax revenue to reduce its debt. And financing that debt has become more expensive as interest rates rise. In August 2010, interest rates on Italian government bonds were 3.8 percent. One year later, that number had jumped to 5.3 percent.

Large debts, weak growth and rising interest rates: These are the same symptoms exhibited by the three euro-zone countries that have already required financial assistance from their currency union partners. Saving Italy, however, would be vastly more difficult. Its debt is simply too great.

The danger has long been recognized in Europe. But as long as Italy has not drawn on financial assistance, EU influence remains restricted. Even after S&P's credit downgrade and Berlusconi's aggressive reaction, European leaders can only make appeals. A spokesperson for European Economic Commissioner Olli Rehn urged Italy to immediately enact its savings resolutions. Gerda Hasselfeldt, head of the state parliamentary group for Bavaria's conservative Christian Social Union (CSU), called the downgrade a "good and necessary incentive." Peter Altmaier, a leading member of Chancellor Angela Merkel's Christian Democrats, said: "The case of Italy shows that we're not just talking about Greece."

As slightly less diplomatic analysis came from the president of Confindustria, an organization representing Italian manufacturing and service companies. "We are sick and tired of being the international laughingstock," Emma Marcegaglia said. The government must either "enact quick, serious and also unpopular reforms" or "pack their bags," she said.

Her harsh statement shows the pent up frustration over Berlusconi's crisis management. For a long time the prime minister saw no reason to act at all. When the government passed austerity measures worth some €47 billion in July, Berlusconi boasted about how harmless it was. "We have avoided every drastic measure taken by other European countries," he said. "The Italians should build us a monument."

Such statements were not exactly designed to win back the faith of investors. If anything, market pressure only increased, forcing Rome to put together a second package of belt-tightening measures worth €45 billion. But even that proved hardly reassuring after Berlusconi sought to water-down the package. He attempted to remove a wealth tax from the package only to backtrack just days later.

Such wavering by Berlusconi can hardly be influenced from abroad. Imposing serious savings measures on Rome would only become possible should Italy be forced to apply for financial assistance.

Without a formal means to apply pressure on Italy -- such as might be provided by a European economic government, for example -- the EU can only apply backroom pressure. This is the route the European Central Bank (ECB) reportedly took by sending a confidential letter to Berlusconi with a list of demands for concrete reforms.

Fulfilment of those demands could be seen as a kind of reciprocity. The ECB has long been buying significant quantities of Italian sovereign bonds in order to keep Rome's borrowing costs as low as possible. Such purchases are controversial within the ECB, with both former German central bank head Axel Weber and chief ECB economist Jürgen Stark having resigned recently, allegedly in protest at the practice. The new Bundesbank head, Jens Weidmann, recently criticized the purchases in an interview with SPIEGEL.

Indeed, it would appear that concern about Italy's current debt situation is such that the ECB can no longer tamp it down with bond purchases. Jörg Krämer, chief economist of Commerzbank, pointed out to the paper that the risk premium on Italian bonds is continuing to climb even though the ECB "is aggressively buying state bonds and thus effectively financing state expenditures with the printing press."

Europe's central bankers, it would seem, do not see an alternative to the strategy. On Tuesday, traders say, the ECB once again stepped in to buy significant quantities of Italian state bonds. 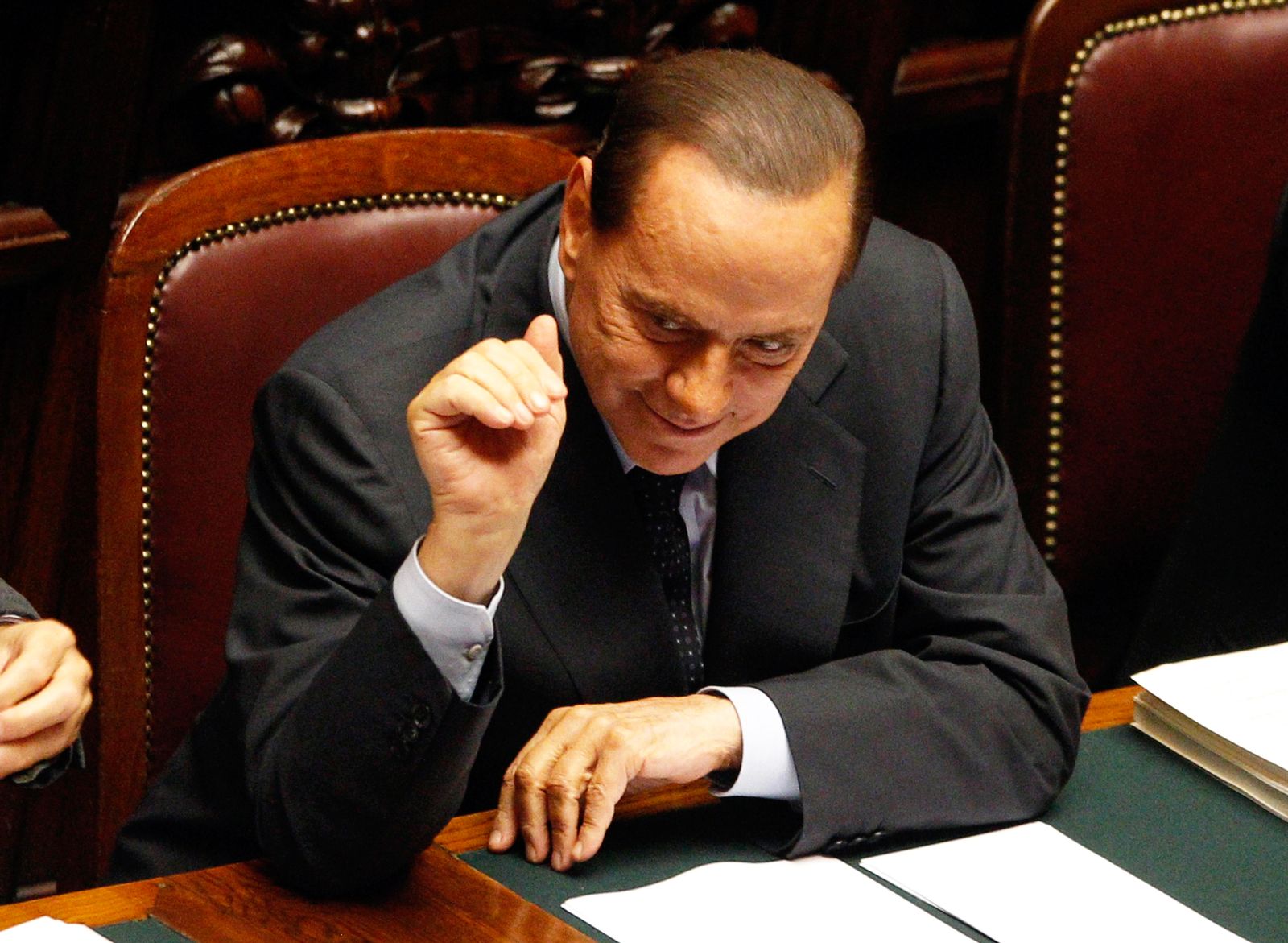