The governor loves to hunt -- geese, rabbits, fox, whatever happens to cross his path. Luis Durnwalder, the top hunter in South Tyrol, grants hunting licenses as if he were the lord of the manor, and when farmers in Vinschgau complain that the deer are ruining their fields, he issues a direct order to his hunters: Shoot seven deer, right away!

The Italian government could have guessed that it would only make enemies in Bolzano when it filed a complaint against the state hunting law in South Tyrol before the Italian Constitutional Court. Rome doesn't like the fact South Tyrol doesn't adhere to the hunting season mandated for all Italian provinces.

None of Rome's business, says Durnwalder. He points out that Sicily and South Tyrol are so different in terms of flora and fauna that it isn't possible "to apply the same law from the Brenner Pass to Sicily."

Italian Prime Minister Mario Monti disagrees. He wants to prove that Europe can rely on Italy. To that end, his cabinet of technocrats has assembled a package of reforms that also makes additional demands on the five Italian regions with semi-autonomous status -- even down to legal details regulating the damage done by wildlife.

Money is at the core of the dispute. South Tyrol is expected to contribute €120 million ($161 million) to cleaning up the Italian national budget. To do so, it will have to raise real estate, value-added and income taxes, as well as fees paid by farmers -- measures that violate Rome's promise that 90 percent of the taxes collected in South Tyrol will stay in South Tyrol. On an almost daily basis, Durnwalder cites paragraphs from the reform package against which he intends to make his own case before the Constitutional Court.

What is happening in Italy's northernmost and wealthiest province mirrors the larger euro crisis: The rich north doesn't want to pay for the poor south. In the 1950s and 60s, this attitude was reflected in the "Away from Rome" movement, which, until recently, was considered just as outmoded as the prejudices of Northern Europeans against Southern Europeans that have now been brought to the surface by the crisis.

"What else has to happen for South Tyrol to finally separate itself from this country?" asks Eva Klotz, a member of the state parliament for the "South Tyrolean Freedom" separatist movement. The 60-year-old has spent half her life fighting for independence, although she has never been taken very seriously. But now the time is ripe, she says, to put an end to Italy's "foreign dominance." The people of her province, she adds, are unwilling to be dragged down with the rest of Italy.

But the debate isn't limited to marginal groups. South Tyrol Economics Minister Thomas Widmann, with the conservative People's Party, proposes that South Tyrol "buy its freedom" from Italy. The minister even names a concrete purchase price. Italy's debt amounts to €1.911 trillion, or €30,000 per capita. For the 500,000 citizens of South Tyrol, this would amount to €15 billion. If Bolzano paid this sum to Rome, says Widmann, it could demand "full autonomy" in return. From then on, Italy would only handle monetary, foreign and defense policy for South Tyrol.

The right-wing populist Libertarian Party advocates the model of a free state. "Why should we be the ones to rescue Italy?" asks Ulli Mair, 37, the party chairman. "After all, we didn't make this mess." The party intends to explain how the Free State of South Tyrol could work in a draft constitution it will release soon.

Pollsters have noticed that separatist arguments are gaining traction, especially among young South Tyroleans. Their share of the membership of the Libertarian Party and South Tyrolean Freedom is growing significantly. The province is experiencing a general shift to the right, says political scientist Günther Pallaver.

While 90 percent of South Tyroleans identified with a limited autonomy status in the 1970s, this share has dropped to about 60 percent today, says Pallaver. "We are dealing with conflicts that could become even more severe in the future." According to Pallaver, South Tyrol's German-speaking voters are moving more and more to the right, and it's conceivable that lawmakers with the relatively tame South Tyrol People's Party (SVP) in the Italian parliament could be joined by representatives of parties less interested in compromise.

After having served 22 years as governor, Luis Durnwalder, known as "State Luis" and "the eternal Durni," finds this notion horrifying. "South Tyrol also has to do its part to overcome the crisis," he says, after a meeting with Prime Minister Monti in Rome. "We are still traveling on the same ship as Italy. The only difference is that we South Tyroleans are first-class passengers." 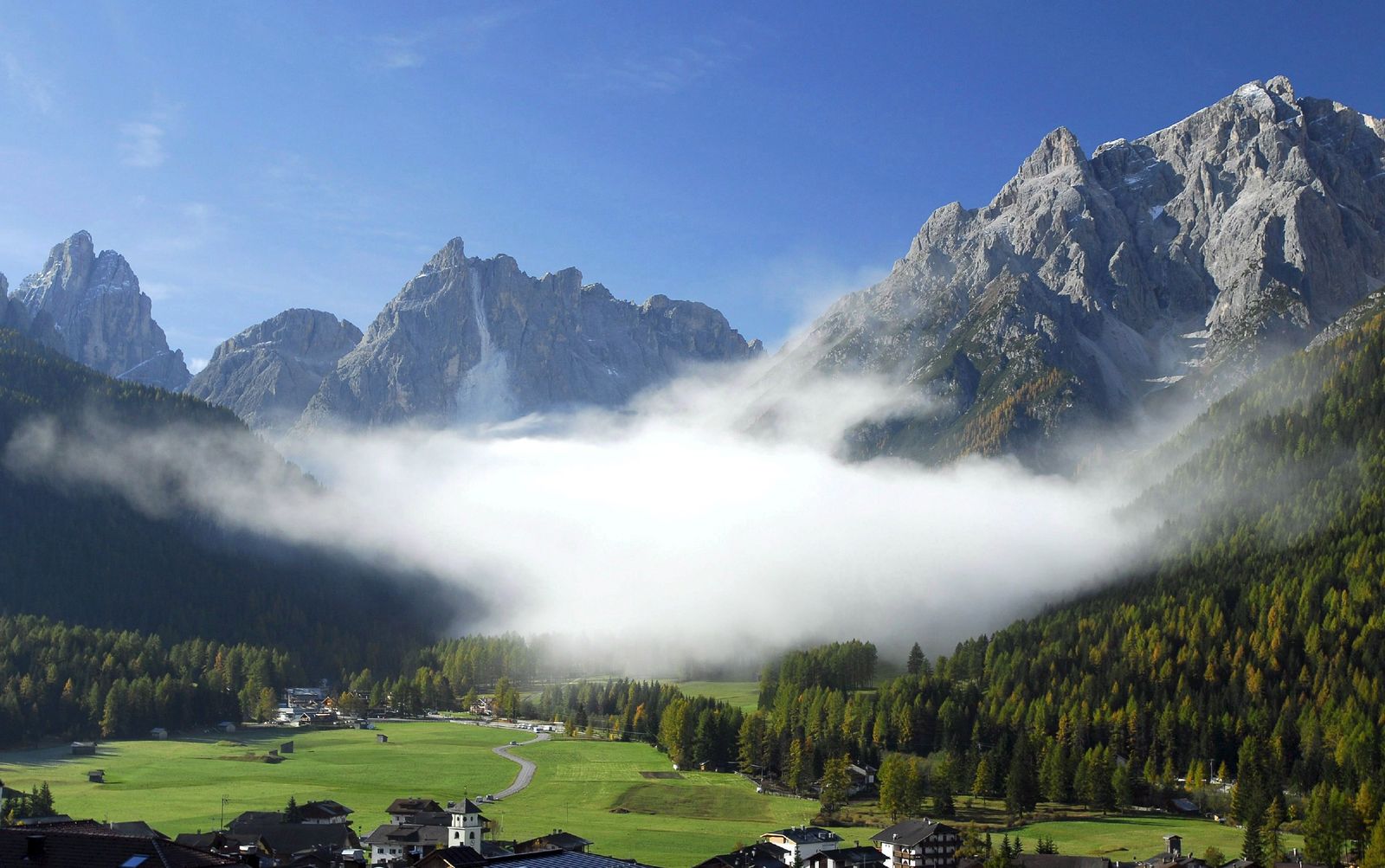 The region of South Tyrol in northern Italy would like autonomy.